Zelda: Breath of the Wild Update 1.1.1 Fixes Some Framerate Drops 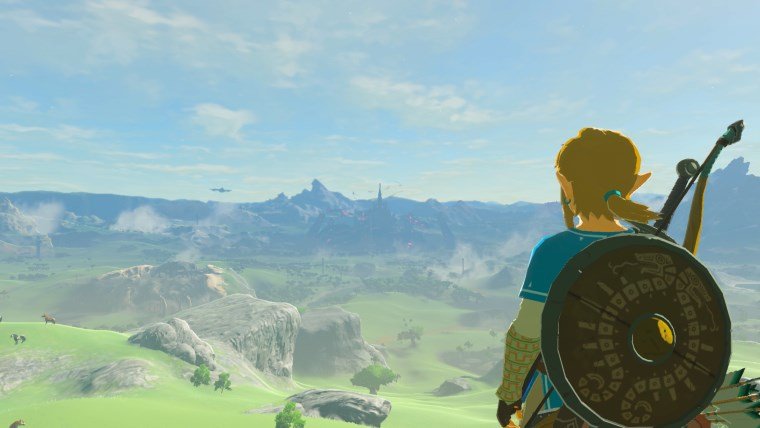 The Legend of Zelda: Breath of the Wild Update 1.1.1 rolled out yesterday to players. The patch notes for this update were quite vague, simply promising “a more pleasant gaming experience”. What gamers found once they had the patch installed was that some of the framerate drops seen throughout the game have been resolved, something that makes an already amazing game even better.

The Legend of Zelda: Breath of the Wild is a fantastic game by any measure. Earning a perfect score in our review, as well as dozens of others, the game was a marvelous experience throughout. One of the few things that marred that experience were a number of framerate drops and other performance problems, especially while playing in docked mode on Nintendo Switch.

Certain areas of the game, such as the Korok Forest, or when a lot of effects are at play, like near tall grass when it is raining, would cause the framerate to stutter and drop to abysmally low levels. This usually didn’t impact gameplay, so while it was worth noting, it was not a true detriment to the game. Still, for such a beautiful game, it was unfortunate that it had these issues.

So far reports are all anecdotal, but it seems that many of these areas have seen improvement. All of them have not been eliminated according to most players running on Breath of the Wild Update 1.1.1, but enough to truly make for the more pleasant gaming experience that the patch notes promised.

Within a month of release, it’s great to see this kind of update. It indicates that Nintendo is still optimizing the game, and it seems like we can expect more to come. Could future updates improve performance even more than this? Hopefully so, as there are still some hiccups here and there.