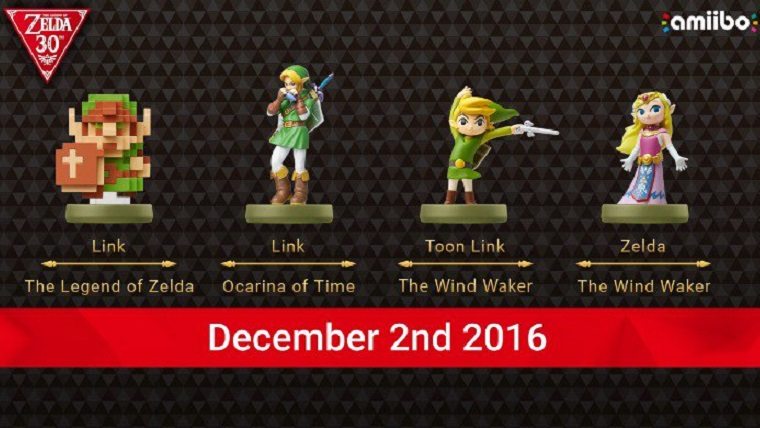 Nintendo revealed during their Nintendo Direct show that The Legend of Zelda: Skyward Sword is finally available to download on the Wii U eShop, nearly five years after its launch on Wii in 2011. The game remains unchanged from the Wii version, however, so don’t expect any new Wii U gamepad functionality to play around with.

It was also revealed by Nintendo that they will be releasing four new Zelda-related amiibo this holiday season, which is being done in celebration of The Legend of Zelda series’ 30th anniversary. The amiibo in question are 8-bit Link, Ocarina of Time Link, and a two-pack that includes Toon Link and Toon Zelda from The Legend of Zelda: The Wind Waker.

These amiibo will function just as the previous Zelda-related amiibo did, though they will also have special functionality within the upcoming The Legend of Zelda: Breath of the Wild when it launches next year. The new amiibo will launch on December 2nd.

The Legend of Zelda: Breath of the Wild is set to launch for the NX and Wii U next year, though an official release date has not yet been revealed. However, release dates for that and the NX are expected to be revealed before the year’s end.