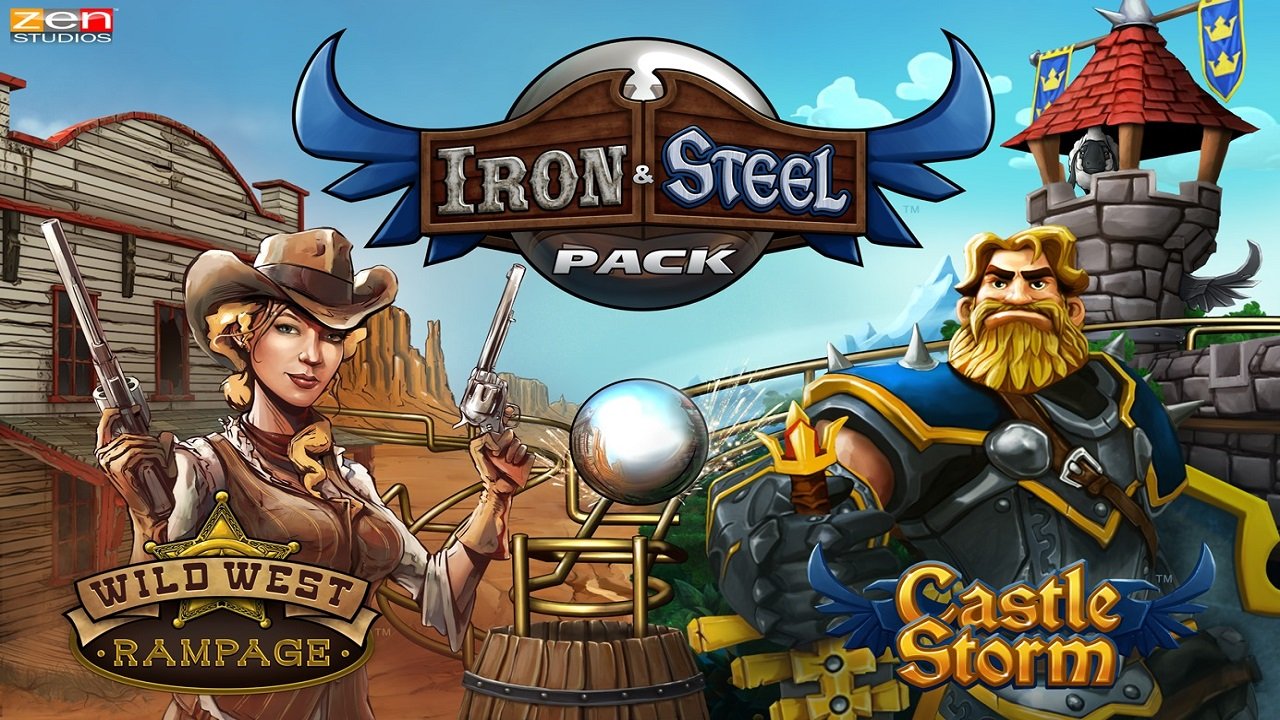 Zen Studios has announced an all-new table pack titled Iron & Steel, coming to both Zen Pinball 2 and Pinball FX2 this week. Inspired by Wild West Rampage and Castlestorm the two tables will take you to different time periods on multiple platforms starting tomorrow.

The pack which was announced earlier today, features two different tables looks pretty interesting. The Castlestorm table features the titular Sir Gareth taking on hordes of Vikings to protect the kingdom against Chief Ramhorn. It includes both single and multiball modes set within a few different locations, such as a castle, a fire breathing dragon, a donkey and an armored troll. Well, that is some kind of variety. The second table, based on Wild West Rampage which features a few interactive elements such as swinging saloon doors, six-shooter ball locker and even duels with the crooked Sheriff Evans’ posse. Zen Studios has listed the release dates for the Iron & Steel pack on each title and platform below.

A Wii U release of Iron & Steel is set for Zen Pinball 2 but Zen Studios has yet to announce details regarding the timing. It looks like you will be able to experience the new table pack first on PlayStation 4 via Zen Pinball 2 as early as tomorrow.