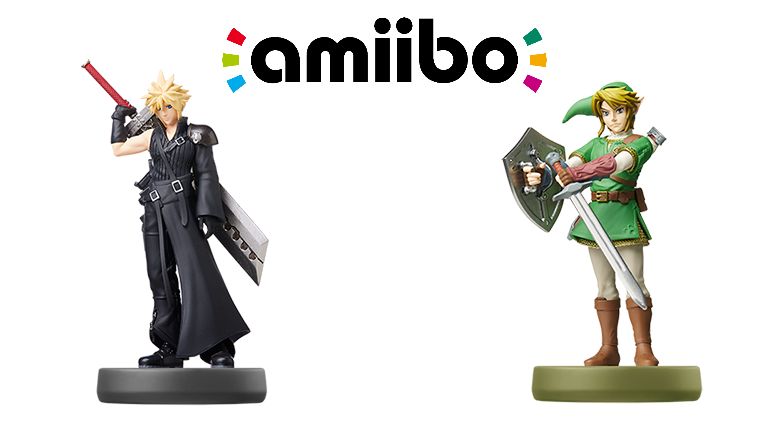 Nintendo’s latest Nintendo Direct was held yesterday and featured a barrage of information as we told you about yesterday. While they have been coming much less frequently over the last year than they were before, 13 new amiibo were announced that will be releasing this summer. It was also said some would be retailer exclusives and two of them have been revealed as exclusive to GameStop, which are both now available for pre-order.

The Super Smash Bros. line of amiibo has brought us one amiibo for everyone on the base roster, as well as the first four downloadable characters, but each one of these has received only one amiibo each. This meant that we got none based on alternate costumes, such as Male Wii Fit Trainer or Female Corrin.

However, that all changed during yesterday’s Nintendo Direct when it was revealed that the three remaining DLC characters, Cloud, Bayonetta, and Corrin, were each getting a “Player 2” variant as well, which would be retailer exclusives.

It was then announced today that GameStop would be getting the Cloud Player 2 amiibo, which is based on his Advent Children look. That wasn’t all though, as it was also revealed that the Twilight Princess Link from the The Legend of Zelda 30th anniversary series line would also be exclusive to GameStop, and both are available for pre-order.

As of right now, you can go to GameStop.com and pre-order both Cloud Player 2 and Twilight Princess Link. Sadly, you will have to pay shipping for both of these if you order online, but you can potentially pre-order in store as well.

Both of these amiibo are available to pre-order in store at GameStop with $5 down, but reports are saying that most stores only have five reservations available, so you will want to be quick. Hopefully this means there will be plenty of day one stock as well when Twilight Princess Link releases on June 23 and Cloud Player 2 on July 21.

Beyond these two exclusives, you can also pre-order the regular versions of the three Super Smash Bros. amiibo, as well as the three new Splatoon 2 amiibo and the new Pikmin amiibo. It definitely seems like amiibo are heating up again, so I would get your pre-orders in sooner rather than later after we’ve seen how the Breath of the Wild ones have been harder to find.