The latest news in the world of video games at Attack of the Fanboy
May 13th, 2017 by Dean James 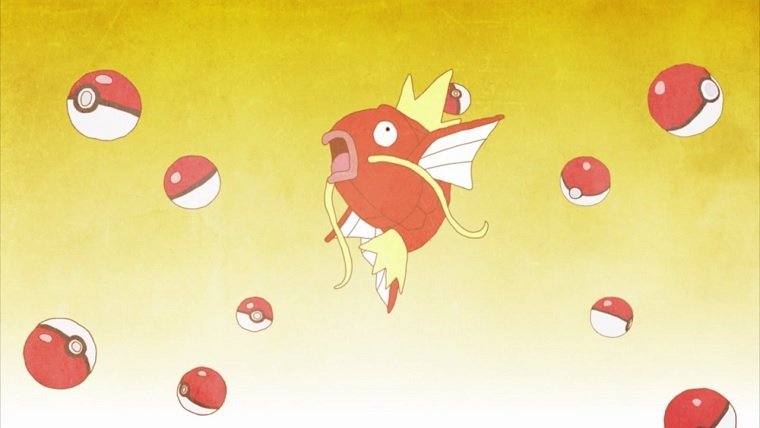 Pokemon celebrated its 20th anniversary last year in major fashion with the massive successes that were Pokemon Sun and Moon and Pokemon Go among other releases. The series has been known for its variety of songs over the years that typically tied into the anime, but there have been a few songs specific to Pokemon and the latest has received the dubbed treatment.

Back in 2014, we were graced with the trippy Slowpoke song in its Japanese from before being translated to English with its release in 2015. Following up on this came a song based on Magikarp last summer and now it has gotten the dub treatment in its Western release.

Posted to the official Pokemon Company YouTube channel, this song talks about how this singer loves Magikarp even though it basically sucks. Starting off with the lyrics “totally pathetic, unreliable” and “known throughout the world for being super weak,” this song really beats down on Magikarp.

However, the person singing absolutely loves their Magikarp with lines like “but though you are the weakest, still you’ve won my heart” and “oh, weak Pokémon, my love for you is strong.”

The choice of voice for the song here is almost grating, but it definitely fits the very young demographic this video is trying to aim for more than likely. Regardless, you may find yourself turning this one off pretty quickly due to the voice in it.

Funnily enough, the video continues a trend that has lasted over the years where Pidgeot is misidentified as Pidgeotto. This is hardly able to be seen though in the video, but it’s still interesting.

If you want to see another very strange song based off of a random Pokemon, this may be the video for you. You can check it out for yourself below if you can make it all the way through.