The latest news in the world of video games at Attack of the Fanboy
May 11th, 2015 by Emily Speight 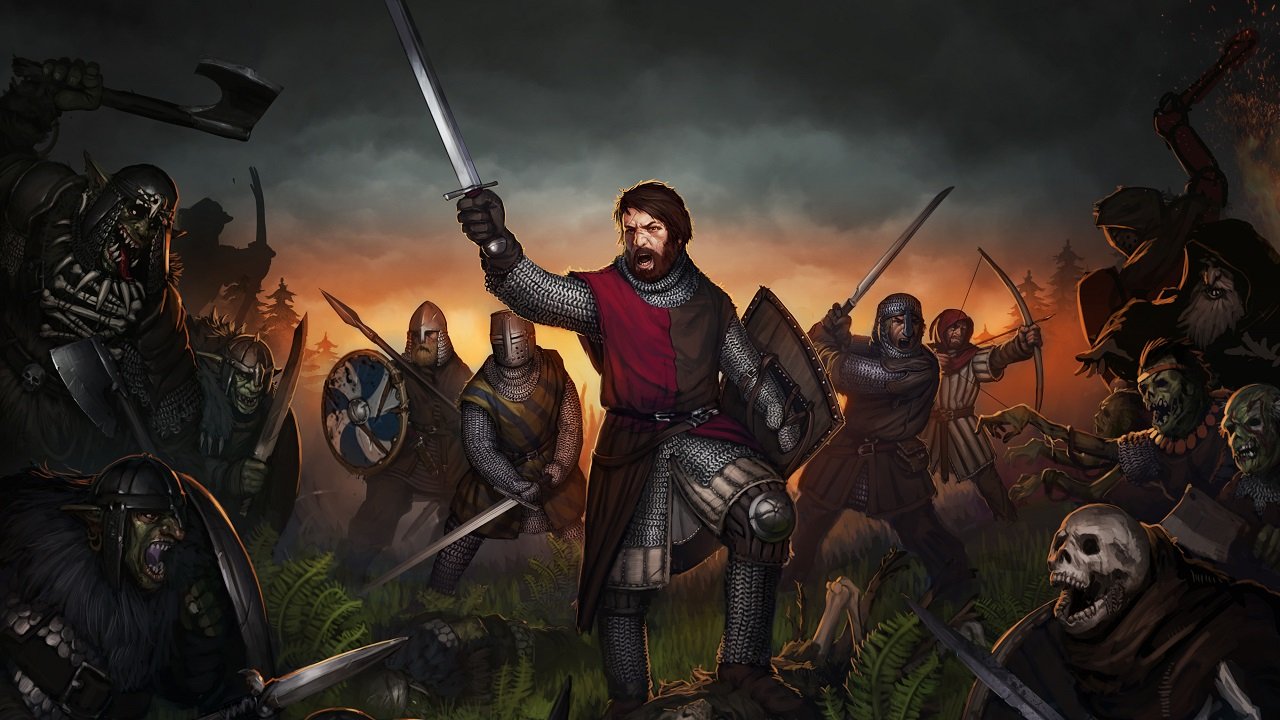 Considering myself a bit of an old hand at strategy-RPGs, I was more annoyed than anything when I saw a youtube thumbnail for a tutorial dominating the top left of Battle Brother’s menu. After all, had I not just finished pronouncing Chroma Squad as too easy? Released into Early Access of the 27th of April, Battle Brothers, the first release from Overhype Studios, promises to be a “turn based strategy RPG mix which has you leading a mercenary company in a gritty, low-power medieval fantasy world”.

Blithely, I ignored it and proceeded to begin a campaign. After being given a short, to-the-point piece of prose about my men and my purpose — plus a courtesy warning regarding the Early Access-y nature of the game — I was thrown headlong into the procedurally generated world. Spawning close to a town, I entered it and hired a couple more men to bolster my ranks before immediately entering combat with a nearby camp on bandits helpfully labelled as “weak”.

Right away, I’m not sold on the look — I feel like I’m sending a group of nesting dolls to kill and be killed. Speaking of killing, it’s a low fantasy game. Units die when they’re killed, which fills me with fond/devastating memories of XCOM and Fire Emblem. This is exactly the sort of reaction the Overhype Studios team is after. Undaunted by these considerations, I let the label of weak lull me into a false sense of security and sailed into the encounter. 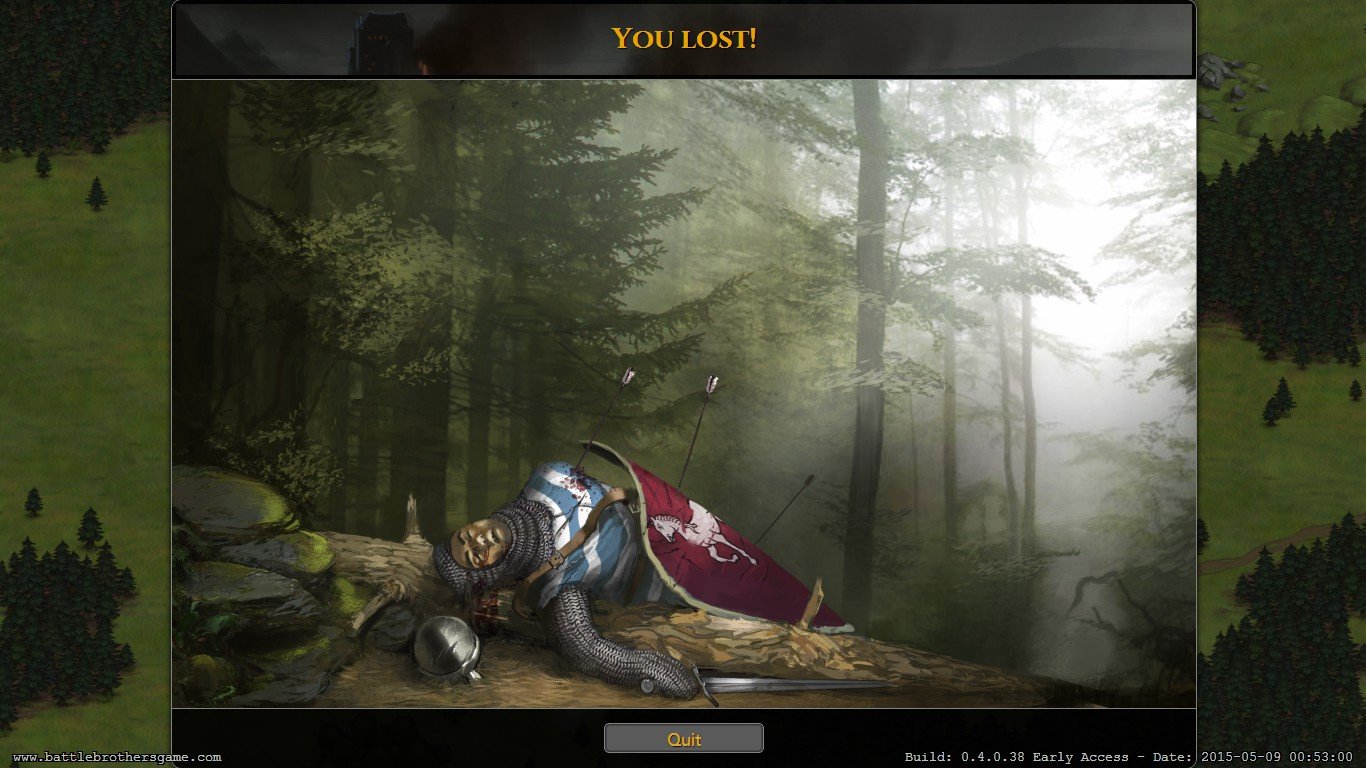 That save was deleted shortly thereafter.

Battle Brothers rewards careful planning. Its AI adapts effectively to changes in battle — even skirmishes that outwardly appear to be easy can result in the loss of life without careful planning. Sometimes, even that is not enough to save your men.

The key to starting out well, I found, was to hire a handful of men from the starting town and outfit them accordingly. Battle Brothers tasks you with carefully balancing food, wages, injuries and equipment. The game strikes me as similar to Mount And Blade: Warband in these management aspects, which are as crucial to the game as combat itself. 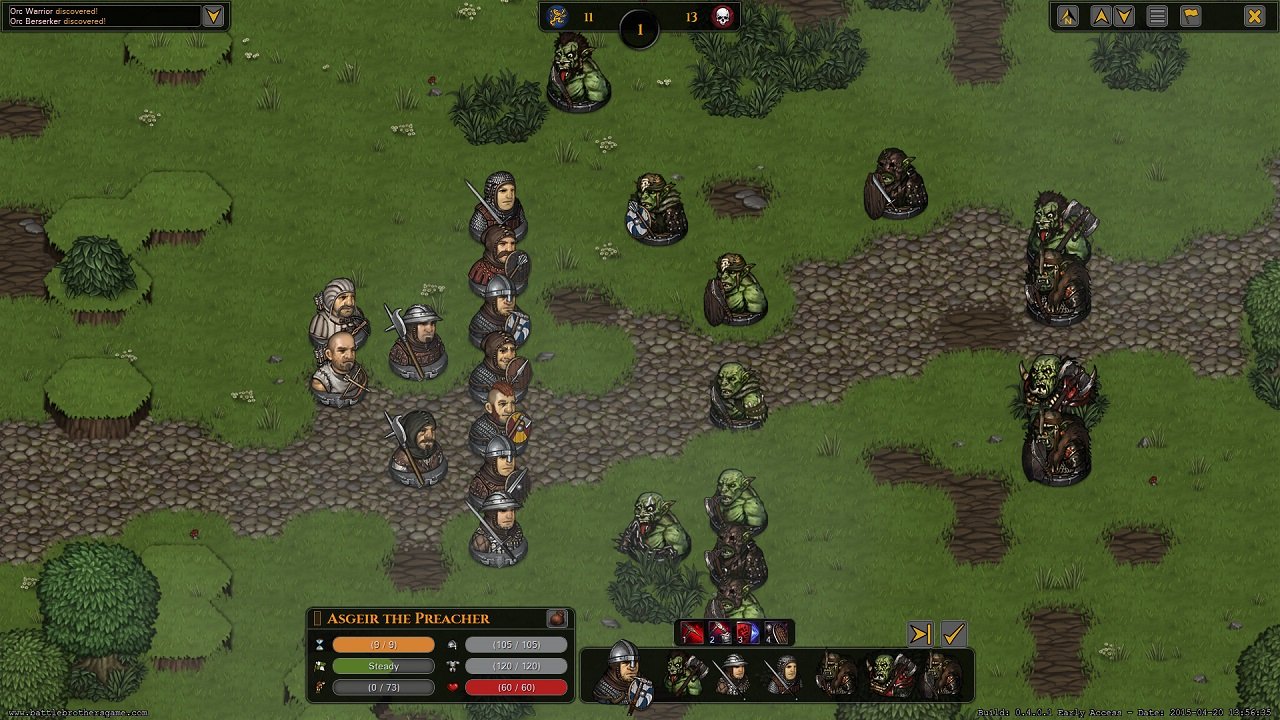 The game’s music does a great job of conveying the tone of each location. Sound effects lend a touch of brutality to what would otherwise be cute-looking battles. And speaking of cute — the in-battle art style, which I mentioned earlier as not personally liking grew on me over time. While it may not exactly be to my taste, I can appreciate how its simplicity helps produce an array of characters and their equipment easily and effectively. Outside of battle, the game’s art is rich and detailed, and styled after the sorts of fantasy books it draws it roots from.

I’d be remiss if I didn’t mention the fantastic quality of the writing. Your men all have procedurally-generated stories — but it’s quite hard to tell at first, such is the quality of each mercenary’s backstory. The writing perfectly matches the tone of game that Overhype Studios has set out to make, and I’m really looking forward to the promised Events system from their developer’s blog. 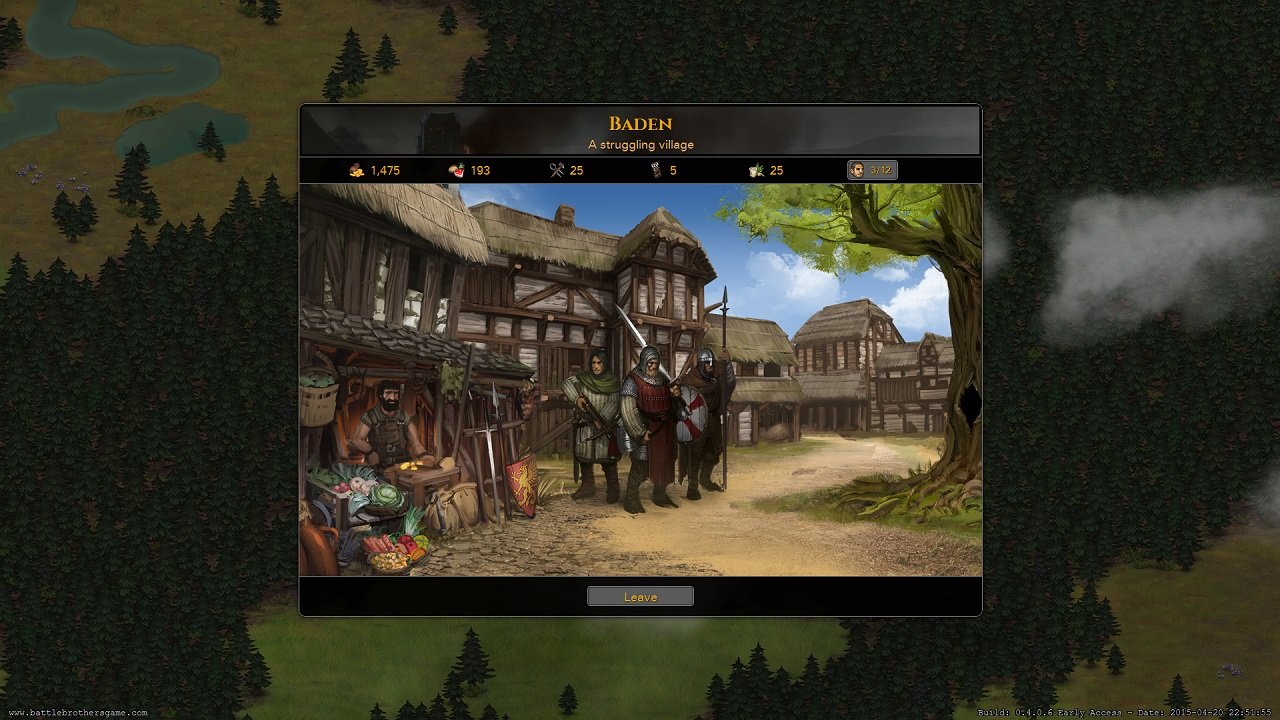 In my hours of play, I did not once notice a female character. Sure, it’s called Battle Brothers and not Battle Siblings, so I can understand why your mercenaries are male-only. But this extended to the NPCs as well. It’s a relatively minor detail but it’s something that I can’t un-notice. It’s not completely a man’s world, though: women are mentioned as victims or mothers. I’m looking forward to running across something more interesting than that — either a quest or area I’ve overlooked, or something in an update.

That’s one of the fantastic things about Battle Brothers — the updates. They are almost daily and filled with fixes, balance changes and adjustments in response to player feedback. These updates are great and show a commitment on Overhype Studio’s part. I hope this energy carries through to the coming weeks and months, because Battle Brothers has the potential to be one of Early Access’s brightest success stories.