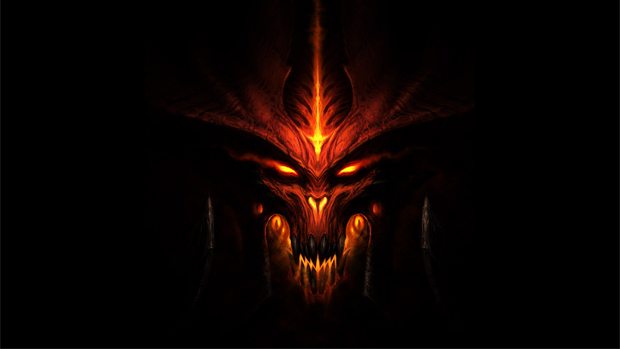 When gamers wait with eager anticipation for 11 years, the sought-after product better be damn near perfect. Unfortunately for Blizzard, Diablo III has gotten off to a very rocky start and has been forced to delay the game’s auction house indefinitely until the server issues are under control. Naturally, the backlash from such a dedicated community was inevitable, and Blizzard has been hearing it in every form across every platform imaginable.

One stage available to gamers that generally serves as a soapbox of primary eminence is Metacritic, a website that aggregates reviews of entertainment products and assigns a numerical score from each review that is obtained, totaling the scores into an average. Currently, based on 2,747 total reviews, there are 916 “Positive,” 100 “Mixed,” and an astonishing  1, 731 “Negative” averaging out to a 3.8 total score.

While a common criticism is Blizzard’s controversial decision to implement a DRM (Digital Rights Management) system in which players are required to be connected to the internet at all times, even in single-player, other users cite many of the same concerns including poor story writing, a short campaign, outdated graphics, and limited class and character customization.

Witto – 0
As an old Diablo 2 and Diablo 1 player i must say I am greatly disappointed. After initial problems with logging in and character creation I have must say that graphics are amazingly bad. I mean, being so many years in development I hoped for something better. Not only that, but the game itself gives me stable 14 FPS and not a one more, must be some engine bug! The story line is medicore, length of the game is amazingly short, I already passed it! I have been playing whole night but, really Blizzard? Bad game

Strytec – 1
I give this game a solid 1. And thats being fairly generous. From a long legacy of brilliant games which truly defined RPG games, D3 has reduced the series to something else, its not the game it should be. Its overly simplified to the point where you could most likely teach a chimpanzee to play it. On the opening day, its riddled with errors, which normally would be expected but not from blizzard who run the biggest MMOs in the world. SC2 and WoW. This is a game which was developed for 10 years, I feel I could have gotten a degree in software writing, rendering, modelling and texturing and made a better game in the same timeframe. The lack of single player feels stingy and irritating, as the previous 2 games were primarily based on single player.

Rangerage – 2
What a disappointment. After over a decade of waiting this is what we get? A game where the character models and overall graphics are a blurry and ugly mess that wouldn’t have been acceptable 6 years ago. Where the gameplay has been reduced to left click to win and skills and attributes have been removed or simplified to increase the dependency on gear so that you’ll be more likely to use the Auction House, increasing Blizzard’s revenue. The voice acting is horrid, on par with a bad B grade movie at the best of times while the story is such a joke Stephanie Meyer could have written a better piece of fiction in 3 months and this took then 6 years. The always online DRM is the icing on the cake. I don’t think I’ve ever been more disappointed by something I was looking forward to in my entire life.

Natael – 2
The game plays smoothly and is easy to pick up and learn. However, contrary to the hype surrounding the recent re-emergence of the “triple-A” series Diablo, this one falls short in terms of storyline, gameplay and user convenience when put next to its predecessor Diablo II. A long (but not exhaustive) list of changes that has bothered me follows: Players are required to log online even if they only need to play single player, the player count in any given game has been reduced from 1-8 to 1-4, an in-game cash shop that gives players more power in exchange for real-life currency, the exclusion of a PvP system at release, exclusion of special death animations (that were seen in several alpha videos), an extremely streamlined character development system which limits player creativity/choice in where they want to specialize, a cheesy storyline/dialogue that looks like it belongs more on a Saturday morning cartoon show than on a Mature-rated game and finally, the World of Warcraft-like artstyle and hand-holding quest system which failed to immerse me in an unholy, desolate world like in the past games… Personally, I believe Diablo III is more of a new concept for a commercial product to satisfy stock holders than an actual hit game made by people who actually love games and therefore has no long-lasting appeal or value to me. Let us see instead what other independent game developers can do in the Action-RPG department.

AJH16 – 0
In fairness, I’m not a huge fan of dungeon crawlers to begin with, but the effort by Activision wearing Blizzard’s cold dead carcase here is embarrassing. The game has 5 classes, no ability to customize your character, no ability to use the keyboard for movement, glitchy mechanics that make it so you can’t click to move if too many mobs are on the screen, only 2 zoom levels, no ability to rotate your camera, graphics that look like they are from 10 years ago (running on max settings on a high end rig), a dis-interesting story line that is slow moving. I got the game for “free” through the 1 year wow subscription and I still feel ripped off. I don’t know why anyone would pay anything for this game, let alone $60+. The only point I can see to the game is to be a farmville in dungeon crawler form to let people buy stuff with real world money so Activision can skim their cut off the top. I’ve played games that are literally given away by their developers that are better made than this. Add to that the fact the game can only be played online and that the servers that allow you to play (a game that runs LOCALLY) were down preventing it from being used, so you also will lose the game whenever Activision decides they’ve milked all they can out of this stillborn disaster. If you want a good old school dungeon crawler, get Torchlight instead, far better game play, better graphics, better story, and far cheaper.

For those readers that own the game, is a 3.8 for Diablo III warranted? Voice your opinions in the comments section below.