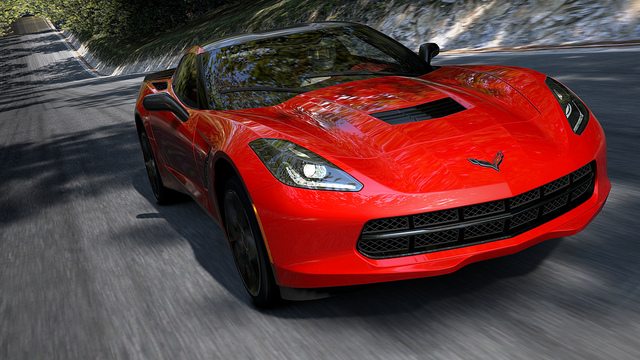 Gran Turismo 5 has seen a steady stream of support since its initial release in 2010. We’ve seen Seasonal Events, the GT5 Academy, numerous content packs, and a slew of tweaks under the hood to make the game an even better driving experience. Tomorrow Gran Turismo players will get another update, which consists of the new 2014 Corvette Stingray.

The new Stingray from Chevrolet was announced at the LA auto show last November, and Polyphony worked closely with the automaker to deliver the most realistic digital driving experience possible. Polyphony explains that careful attention was paid to each detail of the design for the new model Corvette, which includes the precise shift schedule of the 7-speed manual.

This new DLC will be available on the PlayStation Store starting on Tuesday, January 15th.