The latest news in the world of video games at Attack of the Fanboy
February 4th, 2016 by Scott Grill 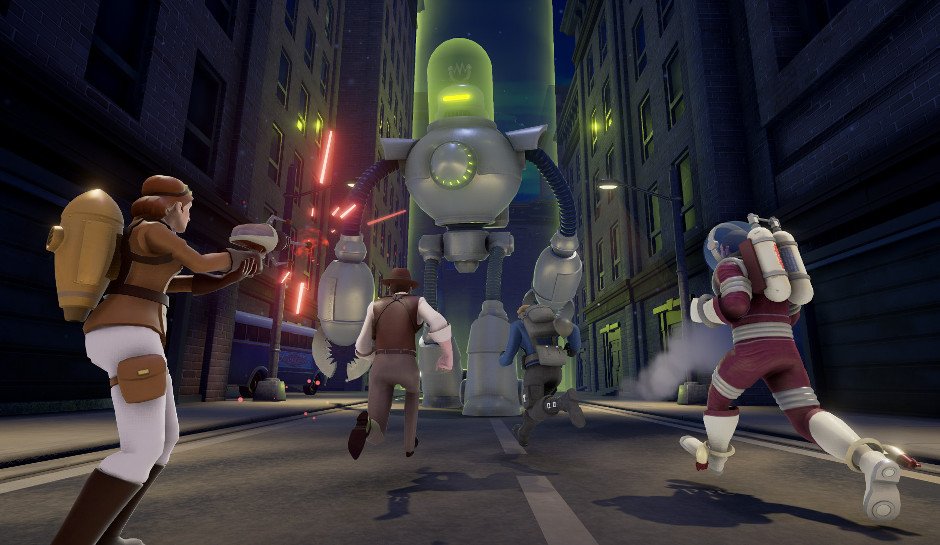 Indie developer Clapfoot Games dropped Fortified on the Xbox One and Steam Wednesday with a tasty blend of 1950s sci-fi B-movie, tower defense, and third-person shooter. Is this on the level of The Day the Earth Stood Still or Plan 9 From Outer Space though? Klaatu barada nikto, my friend. Klaatu barada nikto.

The premise of Fortified is straight-forward. Martians have attacked the Earth and humanity’s rocket counter-attack depends on a squad of heroes to defend their launch pads. Really, the story is barely touched on following comic-style introduction, but it sets the fun and campy tone for the entire experience. The only missing was the “Ack Ack!” from Mars Attacks!

Clapfoot Games manages to tactfully blend a third-person shooter with a tower-defense game that contains its own unique gameplay elements. Each of the four heroes – Rocket Scientist, Spaceman, Agent, and Captain – have their own distinctive look and mostly a unique set of weaponry that can be chosen before the start of each stage. Players will need to push them quickly around the map to take down advancing enemies quickly.

Each hero also has a set of traps, weapons, and even AI soldiers with different weaponry that can be placed around the map to help defend the rocket prior to the start of each round and even during the round. The amount of deployable defense that can be set depends on the amount of money each character has in their wallet. The money earned depends on the performance of each player and is split accordingly. 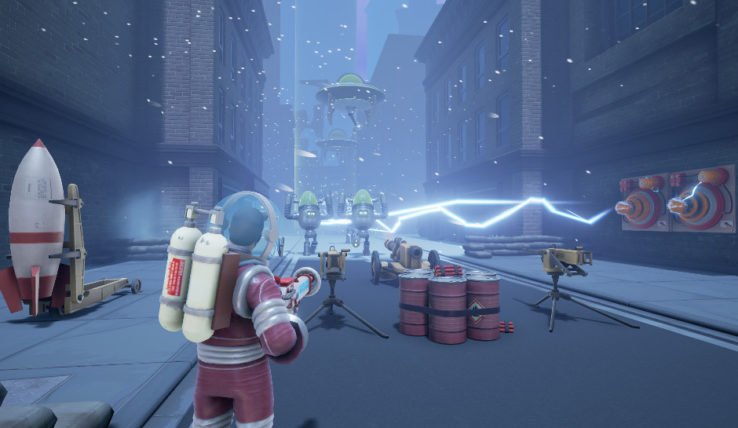 The limited amount of money in a group means players will have to work together on deploying defenses that complement each other. For example, the Spaceman has a vent that can be placed on walls that freezes enemies that cross its path. Meanwhile the Rocket Scientist has a mortar that blasts an area of the map. Smartly placing a freeze vent or two at a critical junction on the map and deploying the mortar to fire on that position will wipe out smaller level minions.

There are 12 levels in all in the main campaign and completing each will earn experience points. Leveling up individual characters will allow them to unlock new weapons and defenses plus upgrade them with different bonus abilities. Clapfoot smartly included the ability to respec a character when not in a match. This gives players the opportunity to try different a different build if the current one was a complete failure on a map.

And oh, there will be failures. Fortified’s difficulty jumps quickly just a few maps in as players are tasked with defending more lanes and sometimes more than one rocket. This is where solo play becomes nigh impossible even on normal as it becomes a mad dash back and forth between minion travel lanes with larger enemies barely slowed by the defenses. That becomes a real issue as players are incapable of placing defensive emplacements in a fairly large area around the base itself.

As someone who grew up watching 50s era sci-fiction movies, Clapfoot deserves an extra heaping of praise for its hero and Martian robot designs, especially the latter. Each is a superb homage to UFO designs and characters from that era such as Forbidden Planet’s Robby the Robot, the War of the Worlds Tripods, and more. You can even spot a little Iron Giant in one design, which itself is an homage to the time period. 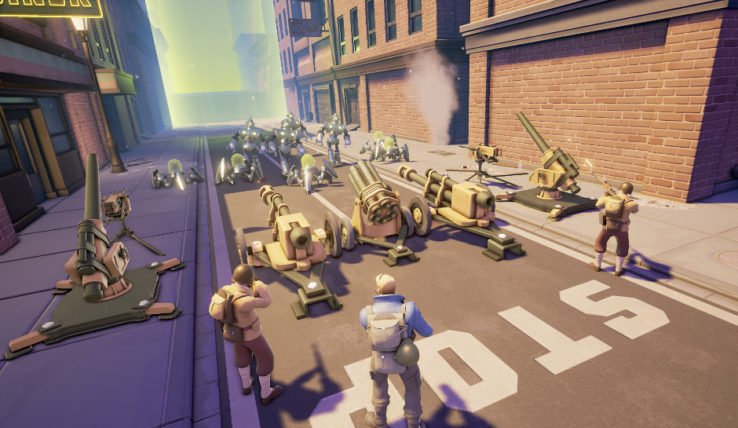 Fortified will take about eight to nine hours to play through the campaign in a single run, assuming you don’t lose a single stage. You can multiply that by four if you wish to play through it with each character that is available. There’s a Horde-like Invasion mode with three maps as well that sends waves of enemies to destroy the players, but it mostly feels like more of the same from the main campaign.

There are plenty of nits that can be picked with Fortified such as the lack of split-screen play, the aforementioned issue with not being able to place defenses within a wide range of the base, and the level of difficulty for solo play. Still, this is an obvious labor of love for the small indie team at Clapfoot and they’ve achieved their goal of putting out well-polished game. The actual nitty gritty gameplay of figuring out the best way to handle the mix of enemies with deployable defenses and then blasting aliens as a third-person shooter is worth picking up for a solid co-op experience with buddies.

A fun and inexpensive multiplayer romp full of 50s sci-fi camp with a few niggling issues. Just bring friends and prepare to strategize together as its difficult to fly solo.