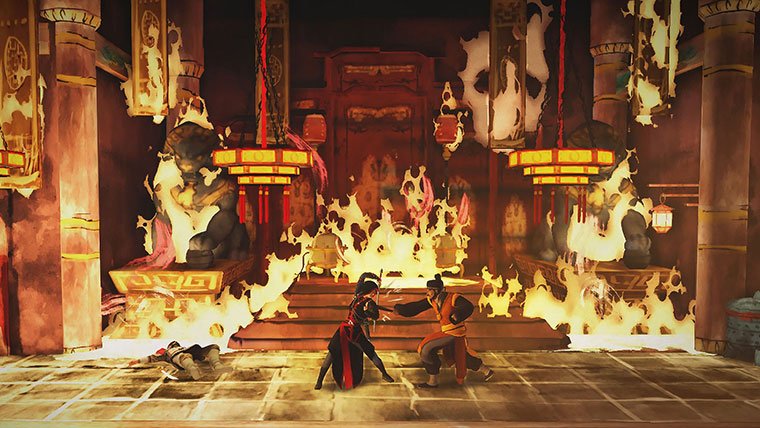 Assassin’s Creed: Chronicles is a new platforming offshoot for the series. Set to arrive as a trilogy of 2.5D side-scrollers, Chronicles takes players into new time periods and locales that have yet to be explored in the Assassin’s Creed Universe. The first of which is Assassin’s Creed: Chronicles China, which takes place in 1526 during the Ming Dynasty. If this first entry is an indication of the games to come, the Chronicles series should do a pretty good job of encapsulating the traditional Assassin’s Creed experience in a linear platformer. Players learn to parkour, use numerous devices and gadgetry to slay and distract enemies, and master the art of the stealth. You know, all the things you know and love about Assassin’s Creed without the freedom of the open world.

Chronicles China introduces players to Shao Jun, a female Chinese Assassin under the tutelage of none other than Ezio Auditore. As the last remaining Assassin of the Chinese arm of the Brotherhood, Jun returns home to extract vengeance and track down a mysterious box that has been taken from her. In this short journey, players are thrust into this beautiful “living painting” of different regions in 16th century China, meeting relevant historical figures from the time.

For the most part, this game focuses on stealth as the primary gameplay mechanic. Enemies patrol each level and have vision cones that the player must avoid. Like its open-world counterparts, Assassin’s Creed: Chronicles doesn’t skimp on the number of tools and abilities that your Assassin has. Navigating each level is a stealth puzzle, where you must not only use the terrain to sneak and shimmy about, but use items like Firecrackers, Noise Darts, and Whistling to manipulate the patrolling guards so you can reach new checkpoints. Each memory sequence is tied together on multiple planes. Players will go back and forth between the foreground, mid and background layers to navigate the sequence, look for collectibles, or complete side objectives. There’s really only two types of main objectives in Chronicles China — You’re either tasked with getting past the guards with brute force or stealth, or, you are on some sort of escape mission where time is of the essence.

Fighting is unavoidable at times, however, and Shao Jun is no slouch. She’s capable with a sword, and lethal from the shadows. If you choose to eliminate the enemies blocking your path instead of avoiding them, there’s a bevy of ways to do so. Head to head combat is broken into heavy and light attacks, with blocking, countering, and a roll mechanic reserved for when you need to play defense. Though taking enemies head on is usually the path with most resistance. Some areas allow guards that have been alerted to your presence to call in reinforcements, making any battle that much more difficult. There’s a number of different enemy types in Chronicles China. There are normal grunts, shielded enemies, polearm patrolers, and ranged attackers with things like bows or guns. Once they’ve all be introduced to you, the game does a pretty good job of mixing them up, making you think about the optimal strategy in bypassing them to get to the next checkpoint. 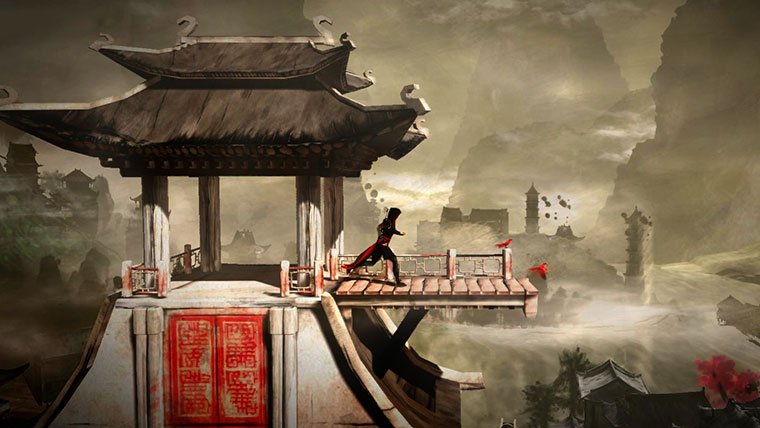 As a stealth game, Chronicles China feels competent. The vision cones work as expected, and plotting your course through enemy infested levels is enjoyable and rewarding as each segment gives you a score on your performance. It’s when head to head fighting breaks out that Chronicles China can feel a little clunky, sometimes frustrating. Enemy attacks rarely carry weight, and it can be difficult to manage your limited health resources. Attacks from your foes are sporadic, and sometimes feel a little cheap as they sneak one in on you when you’re winding up, leaving you wondering how or why you just died. That said, this isn’t really an action game, and head to head combat should be a last resort.

Once Jun has learned all available abilities, she’s really fun to play with. She can slide and assassinate enemies on the go, use a myriad of tools to traverse the world, and from start to finish there’s a good bit of variety found in the twelve story sequences. Unfortunately, just when Chronicles starts to feel good, it’s over. It’s a fairly short game that has you only hunting down a short list of assassination targets. This is extended only slightly by the short animated stills that serve as story progression. To be fair, there’s more to Chronicles once your first playthrough is in the books. There’s a new game plus option that allows you to restart with all the weapons and abilities that you earned on your first go-round, with the possibility of earning additional XP for your troubles. Though Chronicles China starts our strong, it ends with a thud that doesn’t really beckon you back into the world. It ties into the previous games in the series nicely, with characters like Ezio being a major part of the game and story elements that’ll remind you of other parts of the Assassin’s Creed timeline. It just tends to drag in the middle and end parts, which is a good chunk of the game.

Assassin’s Creed Chronicles starts out with a lot of promise and it’s certainly a change of pace for the series. Stripping out the open world elements of the previous games and letting players focus on the fun parts of being an Assassin is an interesting premise. Though without a better story, and the game ending before you can really ever test your mettle, Assassin’s Creed Chronicles feels lackluster.