The latest news in the world of video games at Attack of the Fanboy
November 14th, 2016 by Dean James 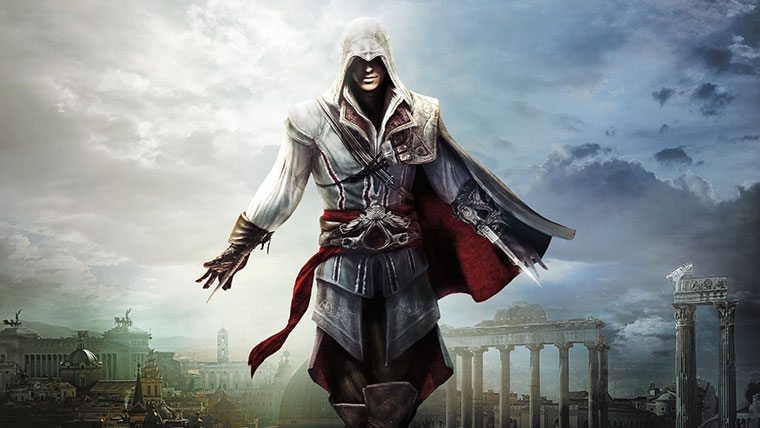 The first Assassin’s Creed may have been the start of the series, but Assassin’s Creed II is the entry that showcased what the franchise was capable of in the future. Before moving on to a third numbered entry, Ubisoft continued the story of the protagonist Ezio in the follow ups Brotherhood and Revelations, which have been upgraded alongside the second game for current generation consoles in Assassin’s Creed: The Ezio Collection.

Rather than continue the story of the assassin Altair in Assassin’s Creed II, the game went a different route by having the present day protagonist Desmond Miles relive the moments of another of his ancestors in the Italian assassin Ezio Auditore de Firenze. Altair was an okay character, but Ezio was a vast improvement that exuded charm throughout the entire game, which you get to see as he grows up throughout the three games found in the Ezio Collection.

Even though Ezio is the lead in all three games, one aspect of this trilogy of games that was very cool was the different locales that you would visit. Assassin’s Creed II features cities like Venice and Florence, while Brotherhood mostly took place in Rome, and Revelations in Constantinople. The Assassin’s Creed games were never the best of the best visually, but their best feature were the sprawling locations that have been improved on visually in Assasin’s Creed: The Ezio Collection. The character models are still a little lacking and some objects can lack detail compared to more recent entries in the series, but there is definitely a higher level of visual clarity than before. 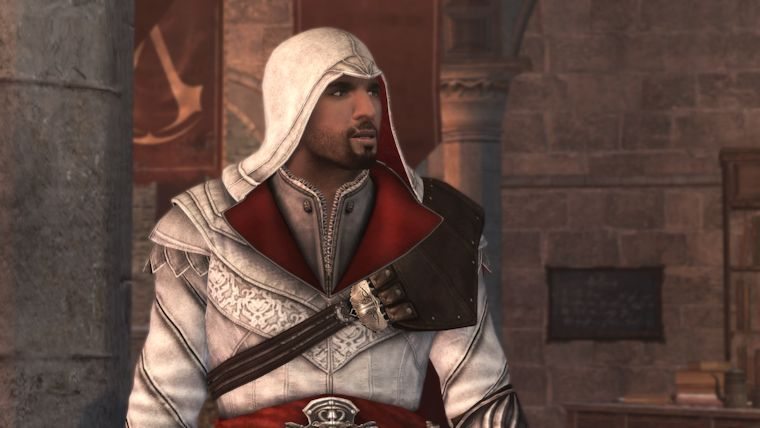 The remastered Ezio Collection sees the three games get a bump to 1080p resolution, which you can definitely see while playing. Screen tearing is still present, but the improved resolution and draw distance really help to improve the games. It is a little disappointing that the developer chose to stick with 30fps, though this also meant there weren’t any new performance issues besides occasional slow down in large crowds.

Not only does the Ezio storyline across the three games drastically improve on the first, the events in the present day escalate as well. Desmond is still not the most interesting of characters, but the cast of Shaun and Rebecca in addition to the returning Lucy are great in their roles as they push the story along through the trilogy of games. This continues through Brotherhood and Revelations, where we see Desmond’s present day story advance, while also getting to see the growth of Ezio through three different periods of his life. For those that have played the first game, Revelations also included the continuation of Altair’s story, which is still a nice touch.

While the Ezio side of the story starts and concludes within this trilogy, it is a little surprising they didn’t include some sort of catch up for those that played the previous game, or even details on how Desmond’s story arc concludes in Assassin’s Creed III. Thankfully, the start of Assassin’s Creed II has almost a reset with new characters being introduced and a new location, though you may want to read up on the first game still being starting these games. 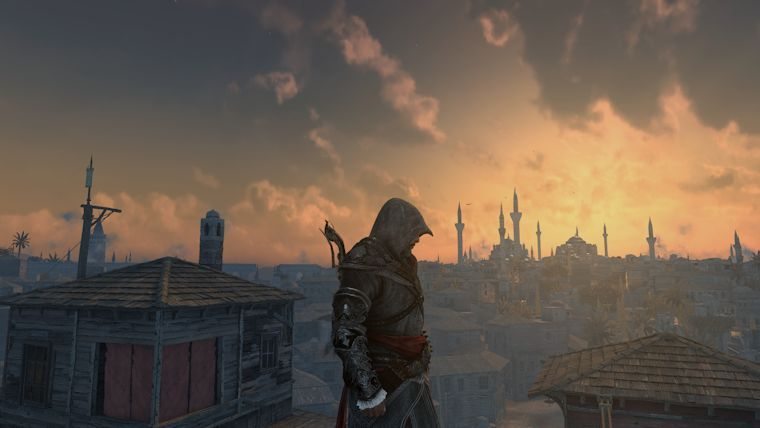 What is really special about the Ezio trilogy of games is that it shows a natural progression in the series that allows each of the three to differentiate themselves from one another. Obviously, the settings and some characters are different, but there are certain features that are specific to the individual games. Brotherhood introduces the ability to have partner assassin’s to use, while Revelations adds in the tower defense like Den Defense missions that once helped the series to evolve and still hold up well today.

Assassin’s Creed II was exclusively a single player experience, but Brotherhood introduced a very fun multiplayer mode that was expanded upon further in Revelations. However, Assassin’s Creed: The Ezio Collection has dropped the multiplayer game modes all together. This may serve as a disappointment to those that loved the multiplayer in the originals, but it does make sense that a new developer would rather focus on upgrading the most prominent single player than worry about maintaining servers for two different games.

As a way to make up for this, Assassin’s Creed: The Ezio Collection does offer additional content that the base versions of the original did not. Each of the three games received single player DLC after the release, which are present here in this new collection that expand upon the already content heavy games themselves. Even though this is something that is expected to be in any remaster collection, it still is great to see it included. 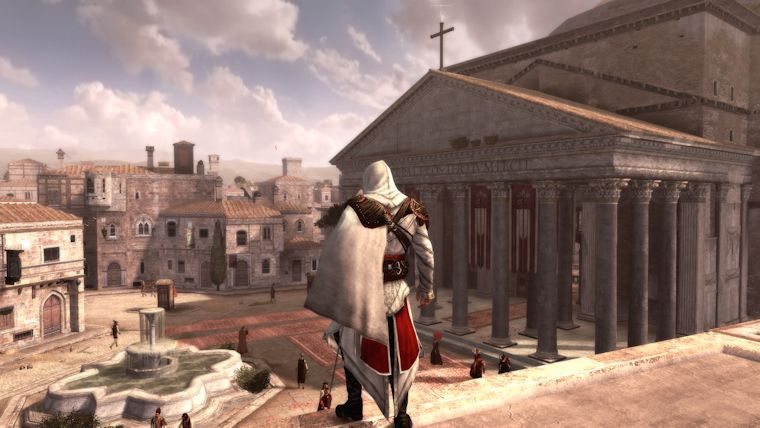 On top of the added single player DLC, another neat addition is that of two short films with Assassin’s Creed: Lineage and Assassin’s Creed: Embers that add more to the legacy of Ezio. Lineage is a series of live action shorts that have been combined together, which give a glimpse into the life of Ezio’s father Giovanni. On the other end, Embers is an animated short film that takes place late Ezio’s life, which serves as a nice end for what is known as the Ezio Collection. The only baffling decision here is that you cannot fast forward or rewind either of these movies, with the press of most any button exiting out of it. This pretty much means that if you accidentally hit a button while watching, you will be starting the movie over from the very beginning.

For the first time since Assassin’s Creed II, Ubisoft is not releasing a brand new game for the series in 2016, but they have chosen to fill that gap with Assassin’s Creed: The Ezio Collection. Getting arguably the best two games in the entire series with II and Brotherhood, as well as the still rather good Revelations could have been enough with their upgraded visuals and resolution, but the few additions like the DLC and movies are welcome as well. While there is definitely nothing groundbreaking about these remasters, Assassin’s Creed: The Ezio Collection is the perfect excuse to play through these fantastic gems of the last generation all over again.