Batman: The Enemy Within – Episode 1 “The Enigma” Review

The latest news in the world of video games at Attack of the Fanboy
August 7th, 2017 by Kyle Hanson 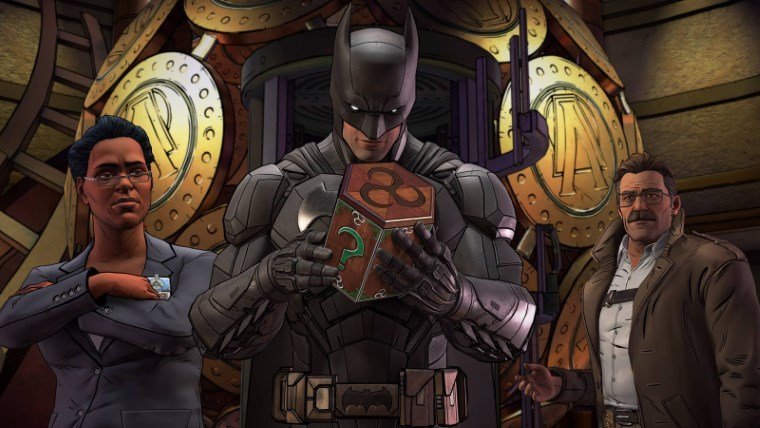 There’s been a lot of talk recently about whether or not Telltale’s special formula for crafting games is wearing thin. While their signature series, The Walking Dead, has still delivered solid entries, others have struggled, such as Game of Thrones and Minecraft. Batman: The Telltale Series was a bright spot though, showing that the developer still had it within them to deliver something fresh and unique. Now, a year almost to the day since that series debuted we have its sequel: Batman: The Enemy Within. After playing the first episode it is clear that Telltale is firing on all cylinders for this sequel.

This new series takes what Telltale built and expands it, fleshing out Batman and Bruce Wayne, along with his stable of villains. Pretty much everyone who played the first game anticipated a confrontation with The Joker for this second season, but the first episode, “The Enigma”, focuses instead on The Riddler. Of course, The Joker does appear, but his intentions aren’t quite clear, leaving players to figure out how best to handle him. Featuring a mostly standalone adventure with a lead into a bigger challenge to come, Batman must take on The Riddler in the aftermath of Lady Arkham and The Penguin’s attacks on Gotham. 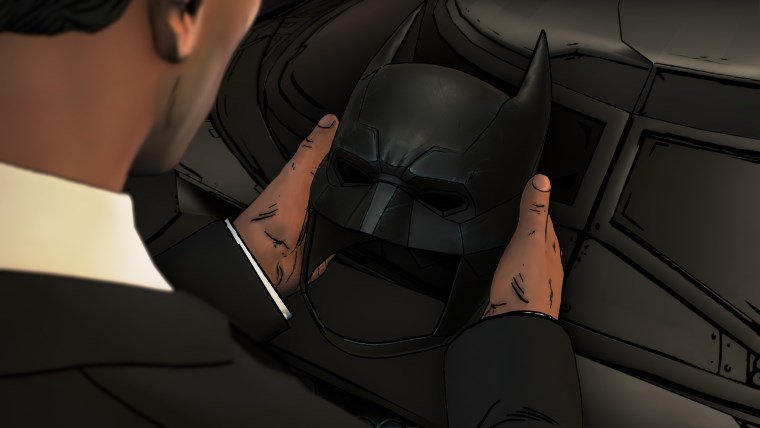 Batman: The Enemy Within – Episode 1 is one of the longest episodes that the developer has delivered in some time. The episode plays out almost like an entire movie, picking up with Bruce already on a new case, before things go completely sideways. The Riddler shows up and starts a campaign of terror throughout Gotham. Once again Telltale has taken their own spin on the universe, with Batman still a relatively fresh face, but The Riddler having been a menace long ago.

Batman: The Enemy Within – Episode 1 plays out almost like an entire movie

The story here actually works exceptionally well, keeping the pace up throughout and serving up some truly emotionally intense moments. Choices play a role, as usual, and there were some tough ones throughout Batman: The Enemy Within – Episode 1. I struggled at times to decide which way to go, which dialogue option to choose, or how to deal with certain characters. Telltale no longer says that characters “will remember” whatever you did, instead indicating that your relationship has changed. This does play a big role within the game, as you have to manage your relationship with Commissioner Gordon, the newly introduced Agency personnel, and various friends of Bruce’s.

Once again you’ll play as both Bruce Wayne and Batman, with Bruce delivering up the drama and intrigue, and Batman dishing out all the QTE controlled action. Telltale seems to have decided to trim the fat that they introduced within this series last season. While you still do combat for a while before delivering a punishing final blow, this time there’s no meter counting up to the event. The meter was mostly window dressing anyway, so its loss is not hard felt.

What was a bit disappointing was seeing the abandonment of the planning stage of Batman’s attacks. In the first season Batman would assess the situation, utilize drones and other gadgets, then players could choose a long course of action, which they then carried out via quick time events. Now, however, Batman just sort of goes in and choices are made mid-fight. Perhaps it’s just that there were less options for planning within the narrative and the feature will appear again in Episode 2, but it was sad to see it not show up this time. Still, the action is fun, and Telltale once again delivers their signature style of combat. 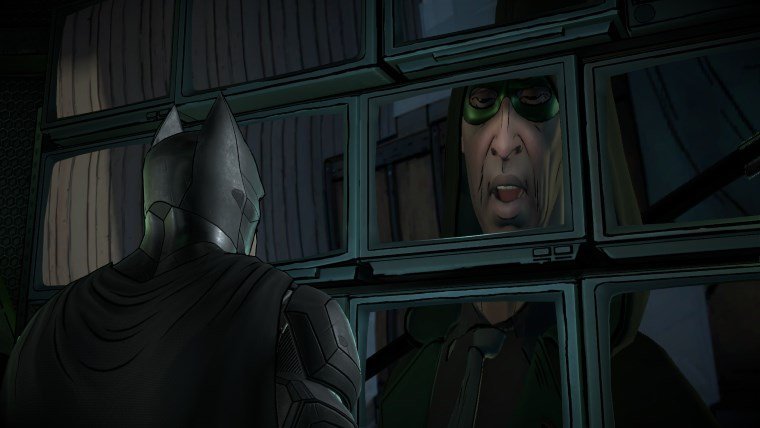 But players don’t come to Telltale games for the fighting. They’re here for the drama, story, and intrigue. Batman: The Enemy Within – Episode 1 “The Enigma” delivers that and a bunch more. Throughout its two hour runtime players will manage relationships with key Batman universe characters, choose between important options, and solve a few puzzles. As this episode is focused on The Riddler players might expect some real brain teasers here, but unfortunately this is the one area where the episode disappoints a little.

The puzzles and riddles just aren’t all that interesting. Some are blatantly obvious, yet players have to work through multiple steps to “solve” them. Others come down to multiple choices, which doesn’t really work that well when failure just reboots you to the start of the puzzle. There’s also a few scenes where the difficulty of the puzzles is dragged out to a ridiculous degree, with players having to draw links between objects that are so clear that it feels silly to have to go through the steps. Batman is supposedly the “World’s Greatest Detective”, so having to point out that the blood on the floor is there because of the injured dead guy over on the other side of the room is an odd task.

Still, while his puzzles might not push boundaries The Riddler still holds up as a worthy foe. His plot is interesting, his actions are unpredictable, and you almost feel bad when you walk into one of his traps, since you were the one making Batman do it. This episode also raises the stakes pretty high for the rest of the series. This is true both in terms of the villains you’ll face, and the consequences that they might bring to Bruce and his family and friends. 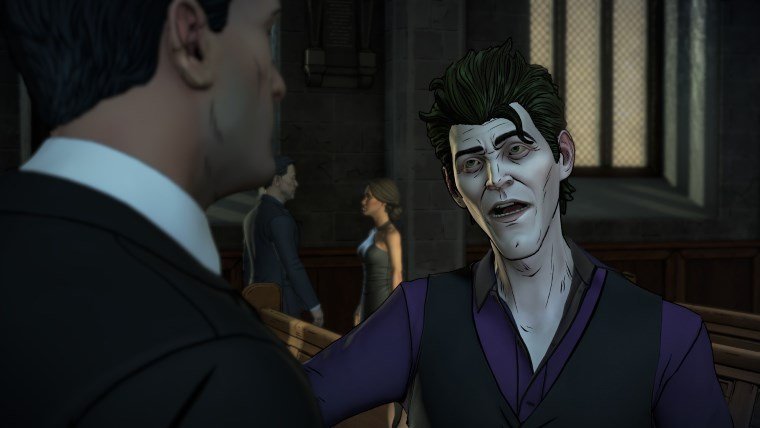 So, Telltale has once again delivered on the story front, quite well in fact. The real question on a lot of longtime players’ minds though is whether or not they’ve worked out the technical issues that have plagued their games for some time. Batman: The Enemy Within is still built on the same upgraded engine that powered the first series, meaning it still looks good by the usual standards. I experienced a few framerate dips during my time with the game, but it was tough to tell if these would be experienced by all players. Overall this was a well crafted episode, though not perfect just yet.

Batman: The Enemy Within hits the ground running with Episode 1 “The Enigma”. Telltale has created their own take on the character and universe, and once again they’re diving deep into what makes Batman and Bruce Wayne tick. The series looks extremely promising and this single episode is worth checking out all on its own. Players will be instantly hooked on the drama, and will be dying to see what happens next. Batman: The Enemy Within – Episode 2 can’t come fast enough.

Batman: The Enemy Within - Episode 1