Batman: The Enemy Within – Episode 4 ‘What Ails You’ Review

The latest news in the world of video games at Attack of the Fanboy
January 22nd, 2018 by Kyle Hanson When you’ve played a lot of Telltale’s games you start to notice patterns working their way into the season. Middle episodes typically deliver a big punch, prepping for the season’s big finish, but that also requires the penultimate episode to pull back a bit. Batman: The Enemy Within has been one of Telltale’s best series to date, but it still fits the usual patterns, including this one. Episode 3 saw the series pushed toward its finale, which meant this latest episode had to continue to set the stage for the final battle. We’re left with Batman: The Enemy Within – Episode 4 “What Ails You”, which is a fine new entry in the series, but not its best.

Bruce’s undercover operation within The Pact has yielded results. He and The Agency now know the basics of Harley and her cohort’s plan, but actually stopping it will be the true challenge. Depending on your choices over the previous episodes, you’ll find yourself in very different situations at the beginning of Batman: The Enemy Within – Episode 4, and working your way though them is the focus of the opening. But the game doesn’t stop with the attack on The Pact, it grows and shifts resulting in huge changes for Batman, Gotham, and the various characters that have been developing over this series. 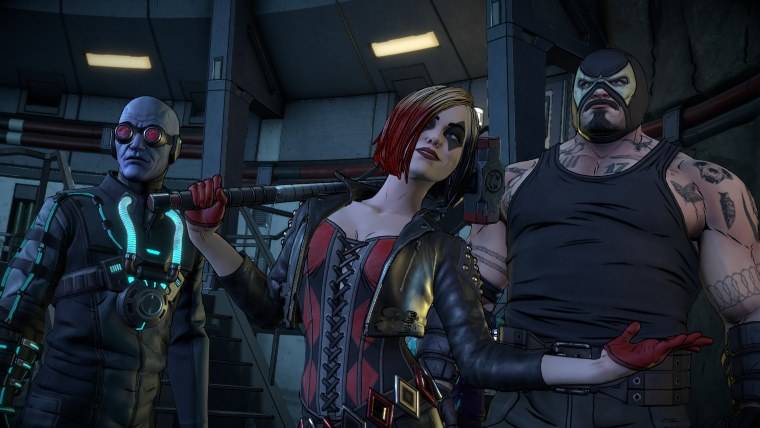 Batman: The Enemy Within – Episode 4 does start off with an action packed mission, pitting Batman and Catwoman against Harley Quinn, Mr. Freeze, and Bane in a battle to save Gotham. Things calm down a bit after that, though there’s a bit of a ticking clock over the entirety of the episode. The real focus of “What Ails You’ might surprise some though, as the game shifts toward some more typical Batman story beats, as John grows closer and closer toward the Joker that we’re all familiar with.

Batman: The Enemy Within has, so far, been a fantastic story of The Caped Crusader

The main storyline takes some odd turns here though, with the virus plot not making a ton of sense. I won’t spoil things here, but there’s some questionable logic behind the story beats, and some items deserve more explanation than what is given. The episode is enjoyable from start to finish, but it does have the feeling that Telltale knew where they wanted to be at the beginning of Episode 5, and Episode 4 was shoved down that path, even if players weren’t really in a place to accept it.

But these missteps are minor in the grand scheme of things. Batman: The Enemy Within has, so far, been a fantastic story of The Caped Crusader, offering a unique take that is interesting to new and longtime fans alike. The character of John Doe, or The Joker, has been a big focus for this second season, and he steps into the spotlight for this episode. While his transformation is a bit too sudden in some ways, mostly depending on what choices you’ve made along the way, he’s still a fascinating take on the character, and should make for a really interesting finale in the next episode.

There’s also a lot more interesting stuff going on with The Agency, the shadowy government group responsible for maintaining order in this world of supervillains. By the end of Batman: The Enemy Within – Episode 4 I still wasn’t solidly sure about how The Agency fit into everything, especially considering the motives of its leader, Amanda Waller. These sorts of ambiguous, open questions are where Telltale truly shines, and they’re doing so brightly here with Batman: The Enemy Within. 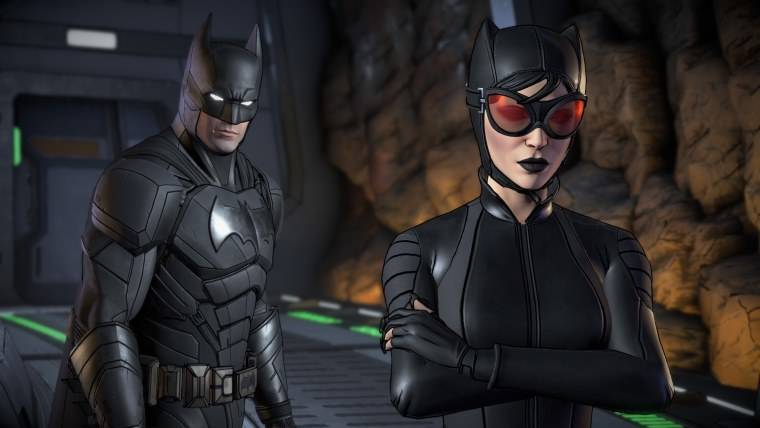 Everything else besides the story is standard stuff for this series. The game still looks quite good on PC, with Telltale’s upgraded engine delivering some high quality textures, within the lowered expectations offered for the indie developer. There were no major bugs or issues throughout my time with the episode, though a few frames got dropped while loading new, large environments. Nothing got in the way of the game though, and I was able to play without any visual or audio glitches, like we’ve seen on previous titles.

One thing that did distinguish Batman: The Enemy Within – Episode 4 from its predecessors though was its length. It’s a bit shorter than we’ve seen in the past, especially from this series. The opener felt more like a standalone movie, and now we’re seeing the runtime dip to closer to an hour. For what is here, it makes sense, as it is more setup than actual payoff for the series, but if you weren’t already invested in the game this episode won’t do much to change that.

Batman: The Enemy Within – Episode 4 “What Ails You” is the weakest episode of this highly regarded series. It’s nowhere near a disaster though, still offering a great new Batman tale set within Telltale’s interesting splinter universe. The real test of this series will come in its finale, when we see whether these last two episodes of build up end up paying off with something special.

Batman: The Enemy Within - Episode 4

Home / Game Reviews / Batman: The Enemy Within – Episode 4 ‘What Ails You’ Review