Battlefield 3: Back to Karkand Review 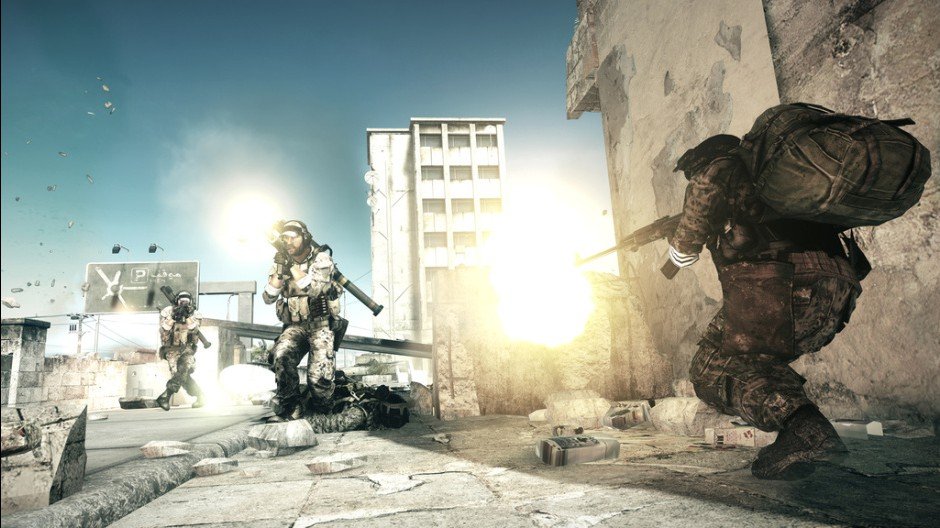 The first bout of downloadable content for Battlefield 3 is here, and for many, the Back to Karkand expansion will be free to the fans who had the foresight to pre-order one of the best shooters of the year. For those that are getting the content for free, it’s the ultimate fan-service from DICE. A collection of maps from the Battlefield franchise that were deemed “fan favorites” , taking you back to your favorite games of yesteryear. For those of you that didn’t pre-order the content, you’ll need to pay up. $15 bucks for four maps and handful of other goodies, is DICE’s first DLC entry for Battlefield 3 worth the price of admission?
The meat of expansion are the four multiplayer maps that have been rebuilt in the Frostbite 2 Engine.  Revamped visuals are definitely on display in the new content, so much so that you’d hardly recognize some locations in-game.  There have been subtle changes made to the maps to accommodate the new Rush mode, and some of the flag points have been shifted around or eliminated in Conquest.  For fans of the franchise though, these are maps that you’ve likely poured hours into on previous iterations of the game, and they don’t disappoint in their new skins.  The visual flair that the Frostbite 2 Engine provides, alongside the destruction,  give the maps a new lease on life, though core strategies remain intact with the maps being the same for the most part.

One favorite game mode that has been scrapped in recent years from the Battlefield franchise is the Conquest Assault mode.  In Back to Karkand, DICE brings that mode back and I can say its a welcome addition indeed.  If you aren’t familiar with the Conquest Assault mode, it’s one, where using the same rule-set as Conquest, one team starts with all of the checkpoints, while the other must infiltrate and take-over.  The attackers start from a home-base, usually littered with vehicles, and a slight headstart on tickets.  Pushing the defenders out of the checkpoints will ultimately leave them with Squad Respawns only,  as they don’t have a starting base.  It’s a great take on Conquest and can be quite fun when playing with a well organized team.

Alongside the new maps, 10 new weapons are added to the mix and can be unlocked by completing assignments designated for each.  Each weapon will require you to perform different actions in game, and the game will make you perform a number of different accomplishments, ranging from hours played to kills with a specific weapon.  The new vehicles that were added to the new maps aren’t going to steal any thunder from the maps themselves, as Battlefield 3 already had a fairly robust vehicle set to begin with, but they certainly fit well with the level design for each, and staying true to the original content that from which they came.

All in all, you can’t go wrong with Back to Karkand.  Eventhough the maps are years old at this point, they add a nice refreshing change of pace to the map rotation in Battlefield 3.  If you’ve never had the opportunity to play the Back to Karkand maps in previous Battlefield titles, you owe it to yourself to check out these modern day classics, if just to see some of the content that made the Battlefield franchise so popular in the first place.  Whether you get the maps for free due to your game buying aptitude, or are needing to fork out the cash to expand your Battlefield experience, Back to Karkand is one of the better DLC packs to come along in 2011.