Battlefield Premium Review: A pass for all seasons 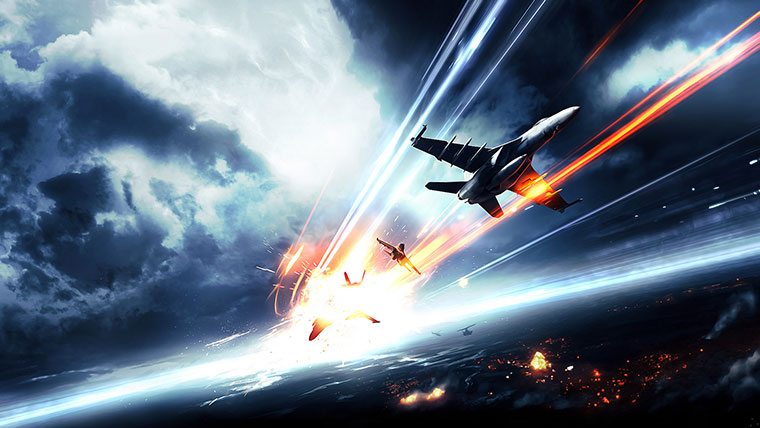 It’s not very often that we get exactly what we ask for as those who consume video games.  We ask for games to be long, fun, and variety of other qualities depending on the day of the week and who you’re asking.  We criticize publishers and developers for releasing too many games, too few games, and too much or too little DLC for said games.  Honestly, it does feel like we’re getting squeezed at times, especially when we don’t get our money’s worth for a season pass, and even more so if the content is a more egregious ploy for our cash.

A lot of games have tried it in the past couple of years, the season pass.  Publishers have asked us to pay a fee on top of the game we’ve already purchased, and they’ll give us access to all the content that is due to arrive.   Some of these games have done well by it.  They’ve accomplished the goal they’ve set out to do.  They got your money up front, and you get all the content at a  discounted price.  It’s not a bad deal if the content is good, and you plan on buying every piece of it.  Though more often than not, these Season Pass deals feel short-lived, and the games they are tied to even more so.  Games have become a throwaway product, that have a short shelf life.  This throwaway product is usually the culmination of years worth of effort, put in by 10’s if not 100’s of developers and cost tens of millions of dollars to make.  You can’t blame those who make and sell these games for trying to keep the disc in your console and sell you more content.  The problem is, not all games warrant this, and it’s probably not a model that should be applied to as many games and franchises as it is.  That’s why Battlefield Premium stands out as one of  the best examples of this new way to sell video games and their content. 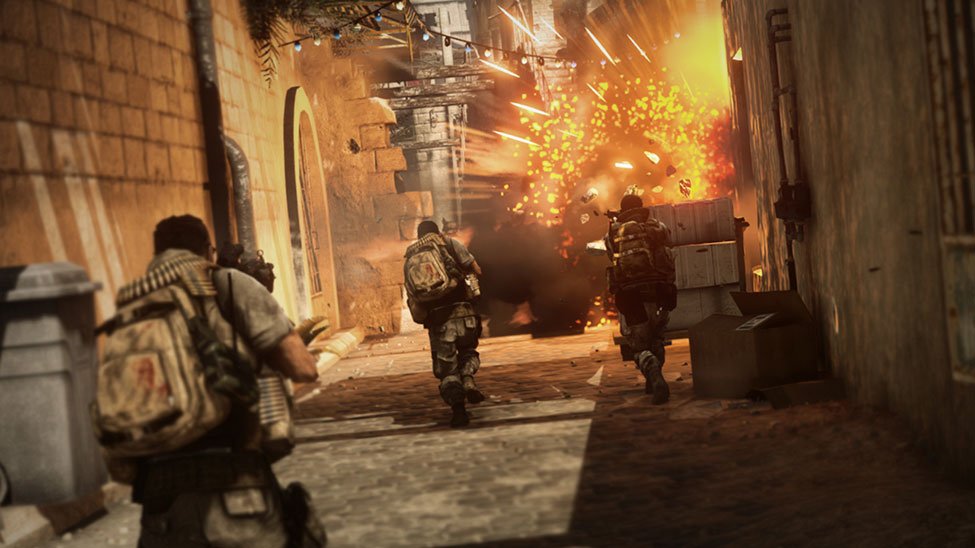 I can’t count the number of times I’ve read gripes and groans about Activision, Ubisoft, Microsoft and Electronic Arts and their yearly releases.  How releasing a game every year is overkill, and that we, as a whole, want games with more longevity.  It’s true.  Who doesn’t want more value for their dollar?  But it doesn’t matter what game it is, without fresh content, games get stale.  Some more than quickly than others, but they are by nature repetitive things.  They ask you to perform the same tasks over and over again, and without fresh content they are likely to hit the used game rack at your local GameStop.     In 2011, Battlefield 3 was released.  If it seems like a long time ago, that’s because it was.  In that time, we’ve seen two Call of Duty games, two Assassin’s Creed Games, two Halo games, and countless other sequels to established franchises. They’ve almost all had their season pass deals, and some have expired and went on for a second round.  It’s amazing to find so many people, after all the great games released in this span, still playing Battlefield 3.  It’s because the content is as fresh as it was in 2011, and Battlefield 3 is a really good shooter.  But a lot of this also boils down to the freshness that was kept in tact by the timely distribution of content since the game’s release.  You got Back to Karkand initially, followed by the long wait to Close Quarters, and then DICE started ramping it up with themed expansions that seemed like a wish-list from Battlefield fans with the Armored Kill, Aftermath, and End Game packs. 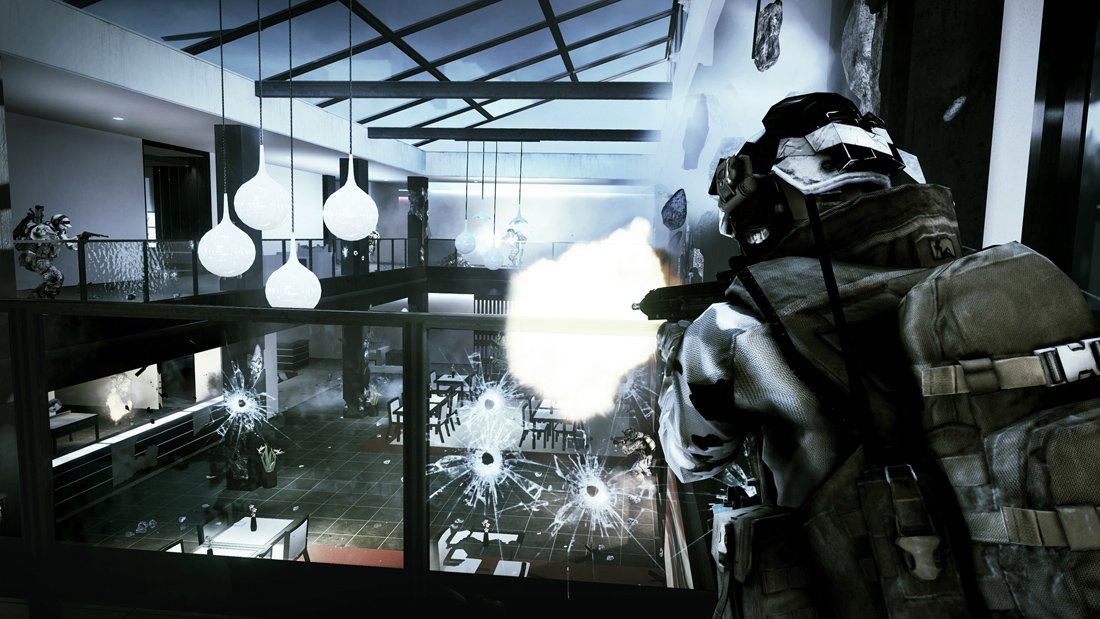 Now here we are at End Game.  Was it worth the money?  Well even if you were just looking at the expansions and not the additional perks that come along with a Battlefield Premium membership; those who love Battlefield made out like bandits compared to everyone else, let’s say the Call of Duty crowd for example.  Battlefield fans paid $59.99 for the game, and then $49.99 for the Battlefield Premium, and will likely get two full years of enjoyment out of the game before Battlefield 4 arrives.  It’s not a bad deal.  On the other side of the fence, Call of Duty fans ponied up for two full games at $59.99 a piece, and if they wanted the additional content they had to put up another $49.99 per game.  For both franchises its not a huge investment for the amount of time that a fan is likely to put into them, but there is clear winner here when we’re talking about value. Sure, there are probably a lot of people still enjoying their Modern Warfare 3 and Elite content drops, but it’s still Modern Warfare 3 and its slightly varied map packs.   Battlefield fans got expansions.  Not on the Battlefield Bad Company 2: Vietnam level, but content that greatly changed the way the game is played with different themed content for each.

Back to Karkand was more fan-service than anything, but what came after was nothing short of game changing. The Close Quarters expansion got a mixed reception from fans, but its quality was not lacking. Destruction on the small-scale was just as cool as it is on the bigger scale that franchise fans are accustomed to. For those that love getting in the hulking tanks of the Battlefield franchise, Armored Kill was a love song directed straight at you. Each map was tailored specifically for use of these vehicles, and made for some epic large-scale tank warfare. With Aftermath the theme was changed again, but it mostly came down to a distinct shift in the setting. The Earthquake that ravaged the single player portion of Battlefield 3 was in full-effect here. Most of the environments were already in disarray, no need for extra mortar shells with this one, but the urban warfare made for some great Conquest action. Finally, Battlefield Premium subscribers just got hands on with End Game, and it’s probably the best expansion to date for Battlefield 3. The re-introduction of Air Superiority and Capture the Flag change things up considerably, and the maps are sprawling affairs that have got to be some of the biggest in the franchise. You’ll find just as many people still playing away at the vanilla Battlefield 3 maps to this day, but , this variety offered in the five expansion packs did well to keep the game fresh.

The point is, Battlefield Premium or the Battlefield expansion content made this a completely different and evolving game than what was shipped in 2011. But let’s not forget to mention the slew of other bonuses and perks that came along with being a premium member. The list is long, but this supplemental in-game content also helped keep the game fresh in-between map packs, with new weapons and kit unlocks, giving players no shortage of tasks to accomplish while waiting on new maps, modes, and vehicles. Most importantly though, the other perks were perfectly designed to make those who ponied up for the content feel like special members of the Battlefield community. It might sound hokey, or something that is a non-event, but for those invested in Battlefield, these videos, strategy guides and other aesthetic exclusive content is just the icing on the cake. Other games just aren’t doing this type of stuff with the things that they build. Battlefield 3 was billed as a “big” game at launch, but it is now officially massive. These other developers and publishers very well may be trying to, but they’re certainly not executing on the level that DICE has with their initial offering of a season pass. It toes the line perfectly in my opinion.  It allows DICE and EA to make the money that they need to fund and continue to make games like Battlefield 4, and it gives those who purchase it value, adding longevity to the product they initially purchased, without it feeling like content that was held back from the initial launch. Season Passes are just a fact of gaming life now, let’s just hope other publishers are taking notes.