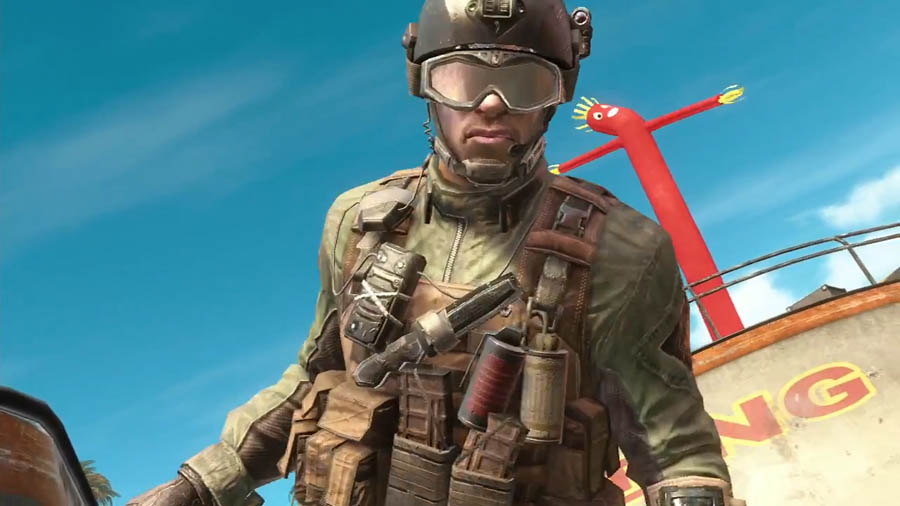 Do you absolutely need map packs for Call of Duty: Black Ops II to keep playing? No, not really. Does it make the game better? In the case of Revolution, the first DLC expansion for Call of Duty: Black Ops II, yes, yes it does. The first map pack for Treyarch’s most recent offering arrived on Xbox 360 earlier this week, and the developers have gone back to what they do best. I’m not sure why they always save the good stuff for DLC, but Revolution taps into one of Treyarch’s best traits established in the Black Ops franchise, and that’s the incorporation of interactivity in the multiplayer maps.

After the original Black Ops and its year-long barrage of additional content, it seemed likely that some of the interactive elements found in these DLC maps would make it into the main game for Black Ops II. Unfortunately, it didn’t. On the brightside, there’s this new DLC, and some really imaginative uses of the environment once again. The four new maps for multiplayer are distinctly different from one another, and anything found in the vanilla Black Ops II release. There’s a skate park called “Grind”, a dam called “Hydro”, a sand-swept asian themed area called “Mirage” and a snow laden map called “Downhill”. While one of the major complaints from Call of Duty fans with Black Ops II was the lack of variety in multiplayer maps, Revolution definitely spices things up with each map having distinct new colorful characteristics and interactivity, which bring these new warzones to life. 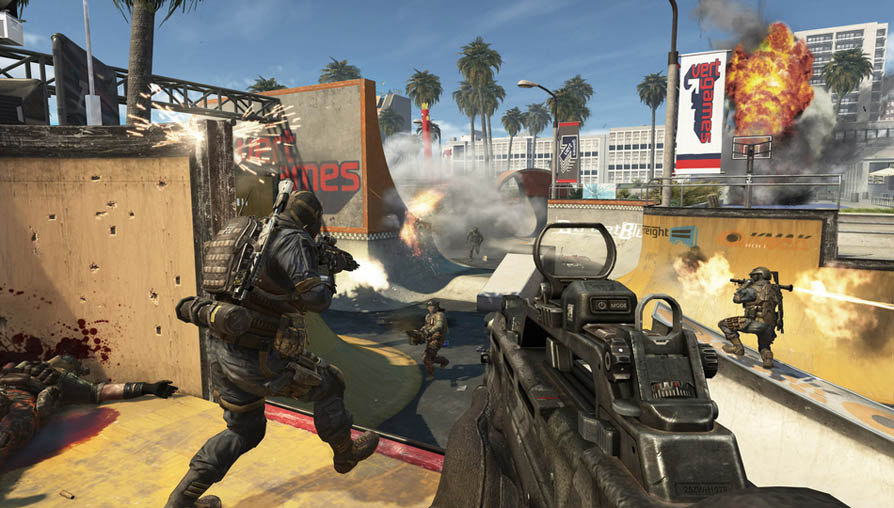 New maps, New Life – We said earlier that you don’t necessarily need new maps to continue playing Call of Duty: Black Ops II, and you don’t. Regardless of if you pick up this latest Revolution map pack, or just continue to play the standalone multiplayer or zombies mode, Black Ops II is arguably the best shooter to arrive in 2012. But adding these four new maps into your multiplayer equation extends the life of this product immensely. Considering that Black Ops II shipped with 14 multiplayer maps, not counting Nuketown, adding four new ones to the list gives a nice change change of scenery for this online war.

Maps come alive – Scenery isn’t the only thing that’s changing in Revolution though. When Treyarch began releasing map packs for the original Black Ops, they introduced some cool elements to multiplayer with interactivity in some of the maps. One had an auto-turret that would gun you down if you crossed into a certain zone, there were collapsible bridges, and different elements were introduced in each successive map pack. This appears to be a focal point once again from Treyarch. Downhill takes place in a ski resort, complete with Gondolas of death that will mow you down if you get in their way, and Hydro features a flood that will drown poor souls that are trapped within the maps danger zone. These interactive elements make for not only cool eye candy, but strategical opportunities as well.

The Zombies that we know and love – Response has been mixed to Treyarch’s open world take on their cooperative Zombies mode. While it’s not lacking in innovation and change, some say they’ve deviated too far from the traditional mode in some ways. Die Rise is the first zombie DLC offering, and while its a completely new experience, it feels more like the old modes than Green Run does. It does introduce vertical gameplay for the first time, with the survivors making their way from the top of a towering building descending into harder and harder areas, scavenging weapons, powerups, and parts to make new weapons. This use of the vertical map type isn’t as wide open as its predecessors, but it’s as tall as others were wide and can feel almost claustrophobic at times. It’s disarray is disorienting, and that makes for one of Treyarch’s best Zombie maps yet. 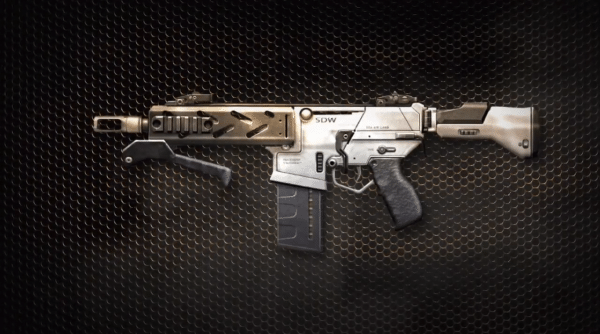 The Revolution Playlist – While it’s nice that DLC players get a playlist all to themselves to try out the new map packs, years later, Activision has yet to find a way to please all Call of Duty fans when new DLC arrives. If you purchase the new content and want to play a specific game mode, you’re pretty much out of luck. The Revolution Playlist only features Core game modes: Team Deathmatch, Domination, and a Grab Bag of the more popular modes are included in the playlist. They cover all the bases in the Core modes, but leave Hardcore players out to dry, and have been doing so for years.

The Peacekeeper SMG – Black Ops II: Revolution is the first downloadable content to arrive with Weapon DLC. You can’t blame them for not doing this sooner, it could drastically alter the balance of multiplayer if not done right. Well, it would if they actually added a meaningful weapon. The Peacekeeper SMG is mid-range weapon that really doesn’t feel like it has a place on the SMG roster. It’s a pretty balanced weapon among others in the class, which means it’s stats are middling. You can find a gun with better specs in every category in the SMG class, and it feels like little more than an MSMC with slightly better range and a paint job.

Turned Off– The new zombies mode in Revolution should really be a game changer, but it’s not. Turned allows you to play as a zombie for the first time in Call of Duty, and this fast paced mode has a lot of promise. It’s a variation of the “Gun Game” with players turning into zombies as they are killed. With each successive zombie kill, the human player gets a more powerful weapon. It’s actually a very cool premise, but it gets stale pretty quickly due to there only being one map. It’s also only a four player game, but despite the lack of players, the action is fast and chaotic. It’ll be interesting to see if Treyarch makes other maps available for this mode, or if this was a one off trial to see if the community has any interest.

The Verdict: As we’ve said in so many of our reviews for Call of Duty DLC in the past, the value of this map pack depends on how much you like playing Call of Duty. Revolution isn’t going to make you a believer if you don’t already enjoy the multiplayer component, but the variety in maps might be the refreshing change of pace to bring you back on board if you’ve recently put down the game. The new Zombies map is a classic in my opinion, and really plays the tension card well. This DLC has some extras like a new zombies mode called Turned and a new weapon that adds to the arsenal, but neither of these feel very meaningful at the moment. The core content is great, and will continue to keep Call of Duty fresh until the next map pack arrives later this year.