The latest news in the world of video games at Attack of the Fanboy
Updated March 8th, 2018, by Maxwell Majernik 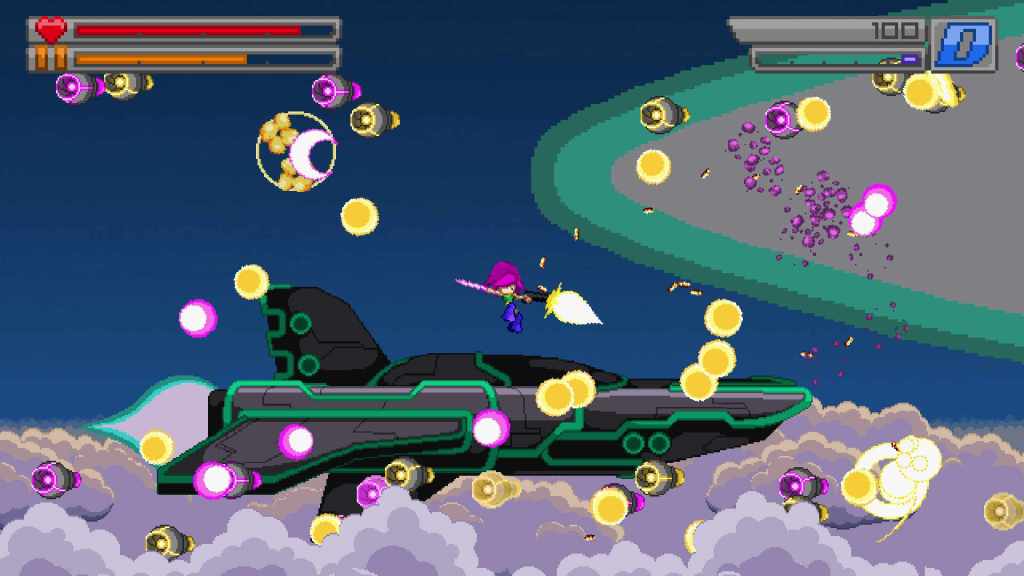 The run-n gun 2D genre went from a niche genre to an overabundance in the past year. These games now need to nail a few key aspects to stand out and can’t just stand on the ‘you’ll want to break the controller in frustration’ sales pitch. Ian Campbell, the one man extraordinaire, shoots his way back into the genre with Bleed 2.

Twitch shooters can have bumps in the road in many categories, but as long as they have a tight controls most can be forgiven. Bleed 2’s controls are silky smooth and handles beautifully in every situation presented during the game. Putting the jump onto the shoulder button felt alien at first, but was perfect once I was able to get used to it. With such little overlap for the main actions,  I was able to muscle memory the system way easier and feel at home with the control scheme. 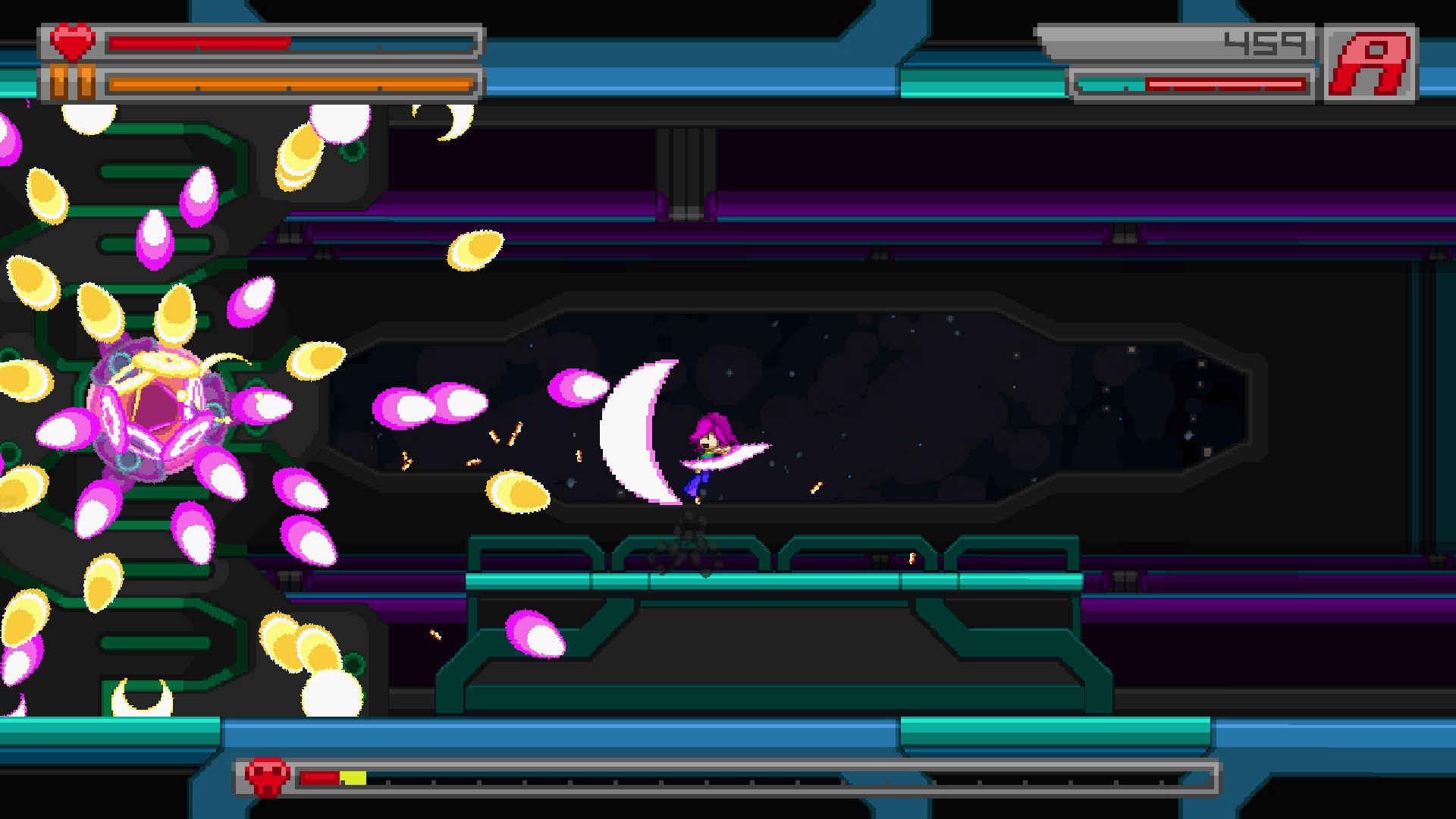 Bleed 2 leans on its boss battles as a main draw of the game, and they do not disappoint. The instances are almost relentless in certain spots of the game. There isn’t an expectation on where they will appear or how far away from the previous battle, and it creates an excitement to every new area you walk into. They, or I guess he, tried to do a ton of variations to boss battles with way more success than failures. Different sizes, different speeds, and different techniques each shine every time something new jumps out from the background and the boss health meter shows. These boss battles are worth the price of admission alone. The variety, however, was also a bit of a curse. To gain such a variety, he thought outside the box for some of the patterns. The issue is that not all of the variety was difficult. Later in the game is when it stuck out more, because I would work through some very challenging areas and manage to brush away  certain bosses who didn’t use a more traditional boss attack pattern. Since most of the boss battles didn’t directly influence the story, I would have liked to have seen the ‘Boss playlist’ mixed up a bit to ensure they matched the difficulty curve.

Getting TO the boss battles was a somewhat mixed bag. Bleed 2’s level design got more interesting as the game went on, but most of the levels are standard platformer fare. Enemy placement felt standard and none of the non-boss sections stuck out to me. There is a triple jump in the game, and with that I expected some puzzle elements or platforming related to the unique feature. Aside from dodging projectiles or cutting corners on a speed run, the jumping never feels apart of the level design. The levels were alright, but were potential unrealized. 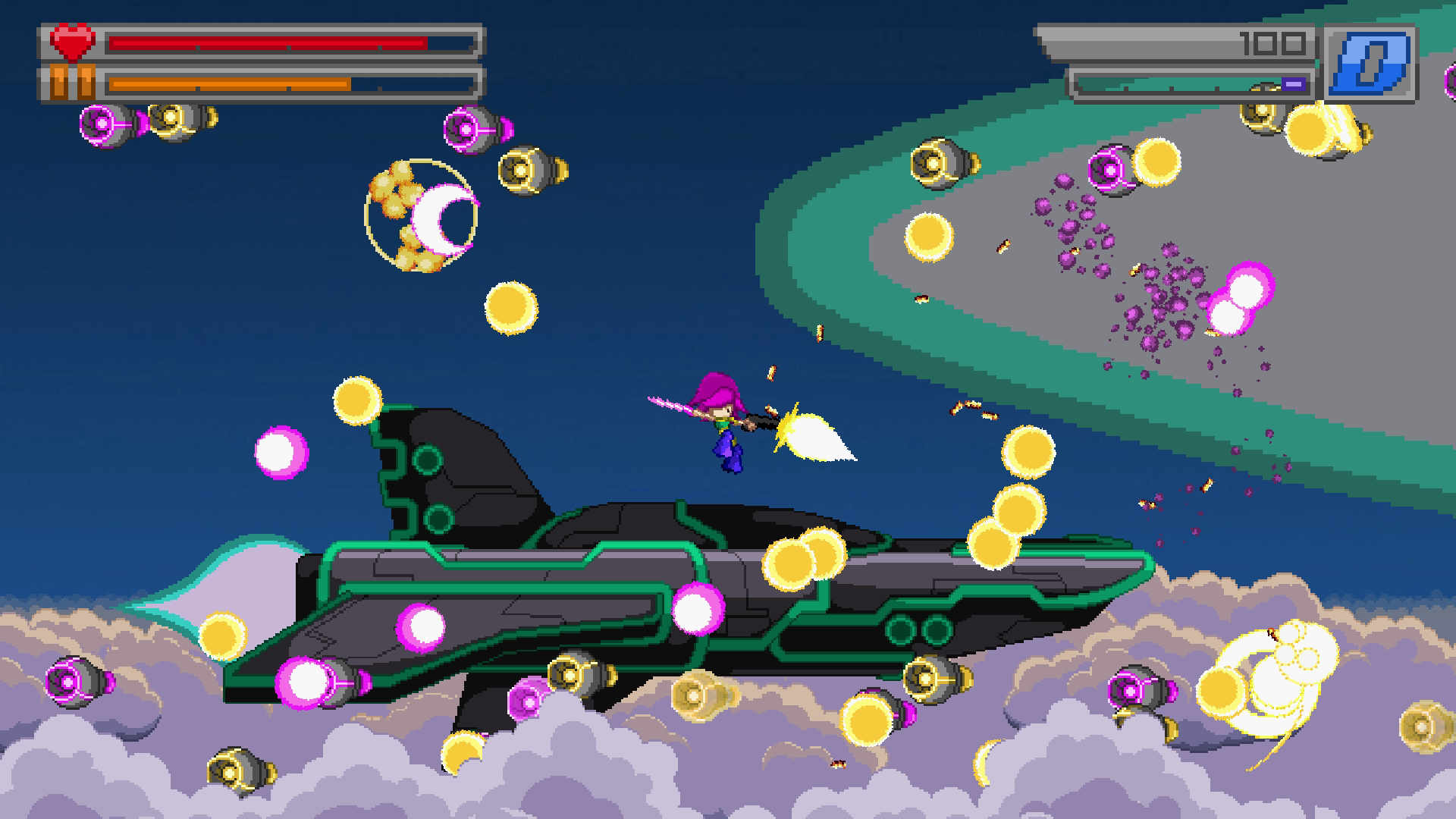 The art direction and graphics are….fine. Pixel art isn’t exactly my cup of tea, so I won’t be overly harsh on it because of personal tastes. I can appreciate that the pixel graphics are done well in Bleed 2. With the amount of pixel focused platformers on the market today, Bleed 2 doesn’t do enough to stand out in this area. Character design is in the same boat. Not much to write home about, but the worst you can say is that it’s ok. I will commend the color palette. The colors were vibrant all the way through, and the enemies and projectiles looked great in motion. The music was top notch as well. It sounded full and had a ton of life. With a heavy influence of the 16 bit era, I was worried they would have went chiptune. Luckily, they decided on a traditional sound and it paid off.

I couldn’t quite put my finger on the difficulty. I started on normal and managed to breeze through most of the game. I couldn’t tell if I am getting better at these games or if the challenge wasn’t present. Once I beat the game on normal, I played half of it again on hard and it felt better. I think the issue may be the health was a bit too forgiving. I appreciate that it wasn’t a one hit kill situation, there were spots where it felt like i wasn’t playing the game right  to get to the next checkpoint and soaking up a few hits. The checkpoint system was fair. I never felt that I needed to backtrack or slog through areas after a death and the revive was quick. The death screen, however, is a head scratcher. When you die, there is a black screen with a cutesy quote from the main character. The quotes repeat too often and don’t bring much to the table. With a game that offers such a high skill ceiling, I would have liked tips and tricks to help me in understanding different aspects of the systems in play instead of the generic quotes. Speaking of skill ceiling, there can be a very high skill ceiling. It’s exciting to see that the game can be replayed in hopes of improving your play, and Bleed 2 gives you plenty of modes, such as the 1 life only arcade mode, to show off your skills. 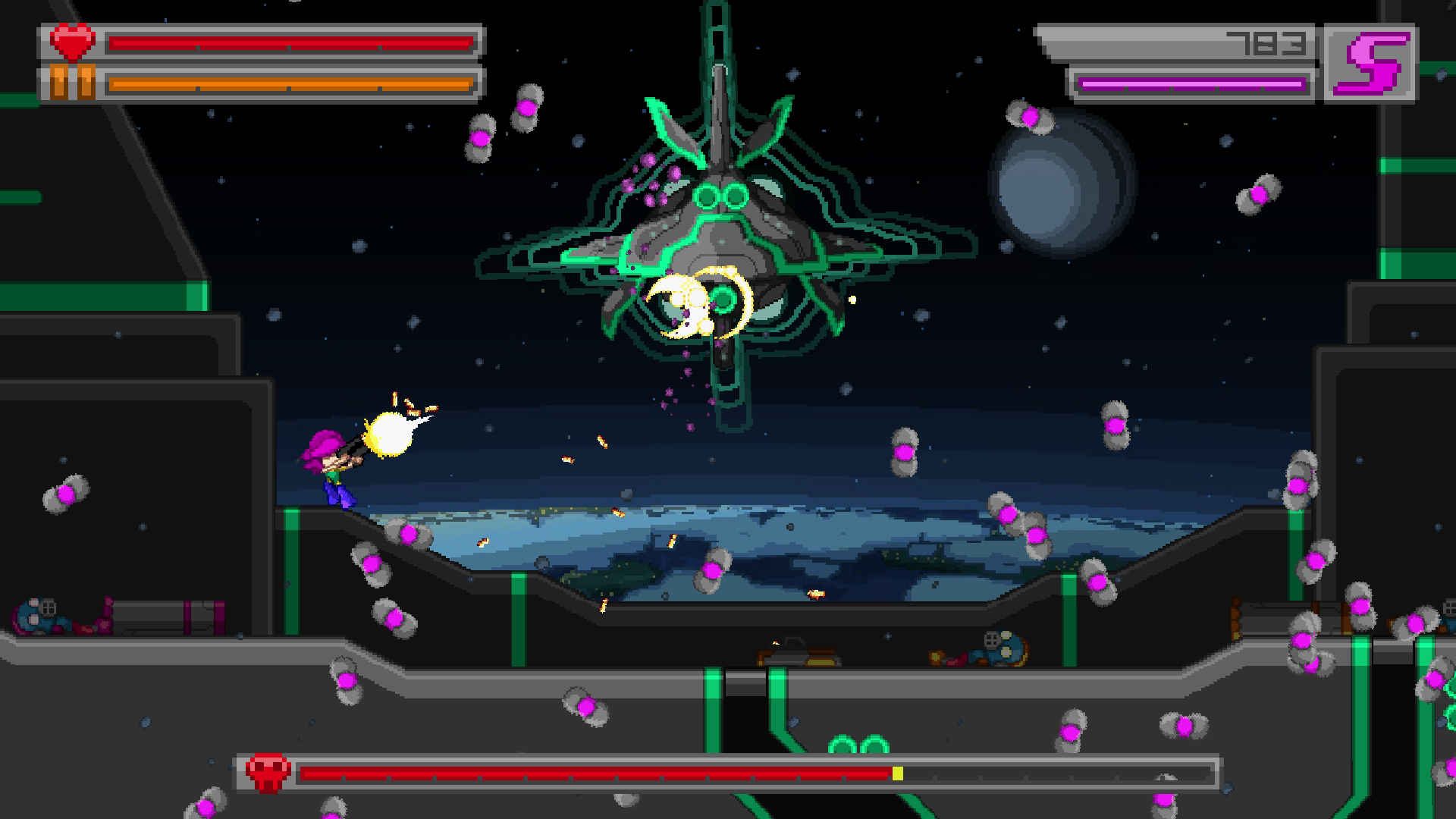 I was able to complete the game on normal in a about 90 minutes to 2 hours. Definitely short if you intended to see it through once and put it down, but that isn’t how the game should be approached. I think with the extra game modes, difficulty modes, and unlockables that include characters and weapons, there is much to be done in Bleed 2.

If you are a fan of the run-n-gun platformer, then you owe it to yourself to play Bleed 2. Even though I saw the difficulty modes as not quite right, the easier modes will make it more accessible to gamers who may not be the greatest at games in the genre. Get to shooting!