A fun concept that quickly wears out its welcome. 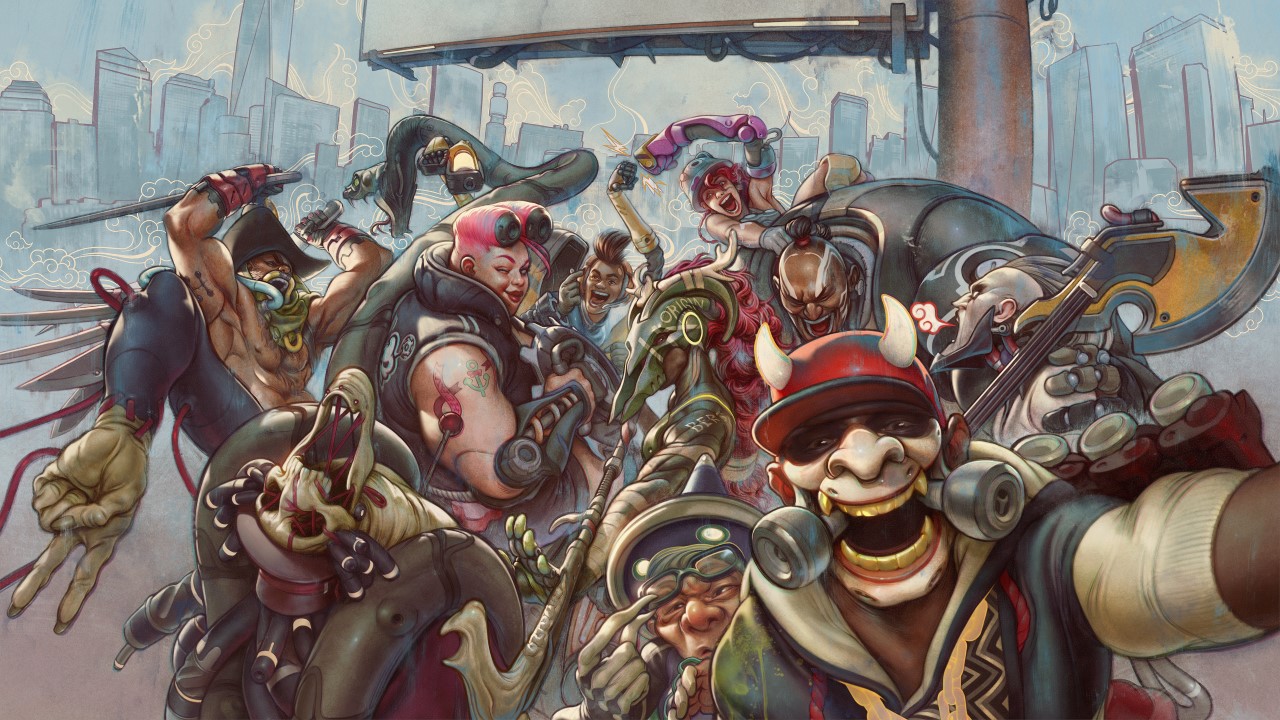 Bleeding Edge is what you’d get if you mashed the frantic melee combat of Devil May Cry into the competitive hero-brawler formula. Developers Ninja Theory are no strangers to chaotic beat-em-ups, so this somewhat unique concept seemed feasible under their careful guiding hands. The final product exudes style and charm, but after twenty some-odd hours spent in both the pre-release betas and live title I feel I’ve had my fill. Bleeding Edge is all style and little substance.

Bleeding Edge punches above its weight

Upon booting the game for the first time prospective players will be greeted with a short and snappy checklist of tutorial missions to knock out, and it’s highly advised they do. The combat in Bleeding Edge isn’t cosmic by any stretch, and fans of existing hero-style games like Overwatch and League of Legends will immediately parse the differences between basic attacks, specials and supers, but the unique melee-focus of the game can take some slight adjustment. There is a stamina-bound evade and finicky parry mechanic. Enemies can be manually locked on to, and there’s a ping system worth mastering. It’s not the most novel bits and bobs, but they do coalesce into an experience that can take a moment to come to terms with.

From there it’s party time. Bleeding Edge features a small yet colorful cast of characters, and each falls into one of three categories: damage, support (healer), and tank. It’s nothing you haven’t seen before, and finding the right character that fits your preferred role can take a moment. While a few are somewhat more complex than others, none are too difficult to grasp. Queue into a match, pick a character that hasn’t already been snatched away by a fellow teammate, and off you go.

So far a pretty solid if generic start to proceedings. It’s once you enter a match that Bleeding Edge begins to show how low its skill ceiling is. If you were expecting a variety of complex combos you need to temper your expectations right now: Ninja Theory’s DmC this is not. All characters can essentially be boiled down to a simple format: a basic attack combo or ranged attack, three special abilities, and a single super out of two picked at character selection. That’s really it. While some characters, like Buttercup, have an additional move mapped to holding down the attack button there really isn’t much depth here. 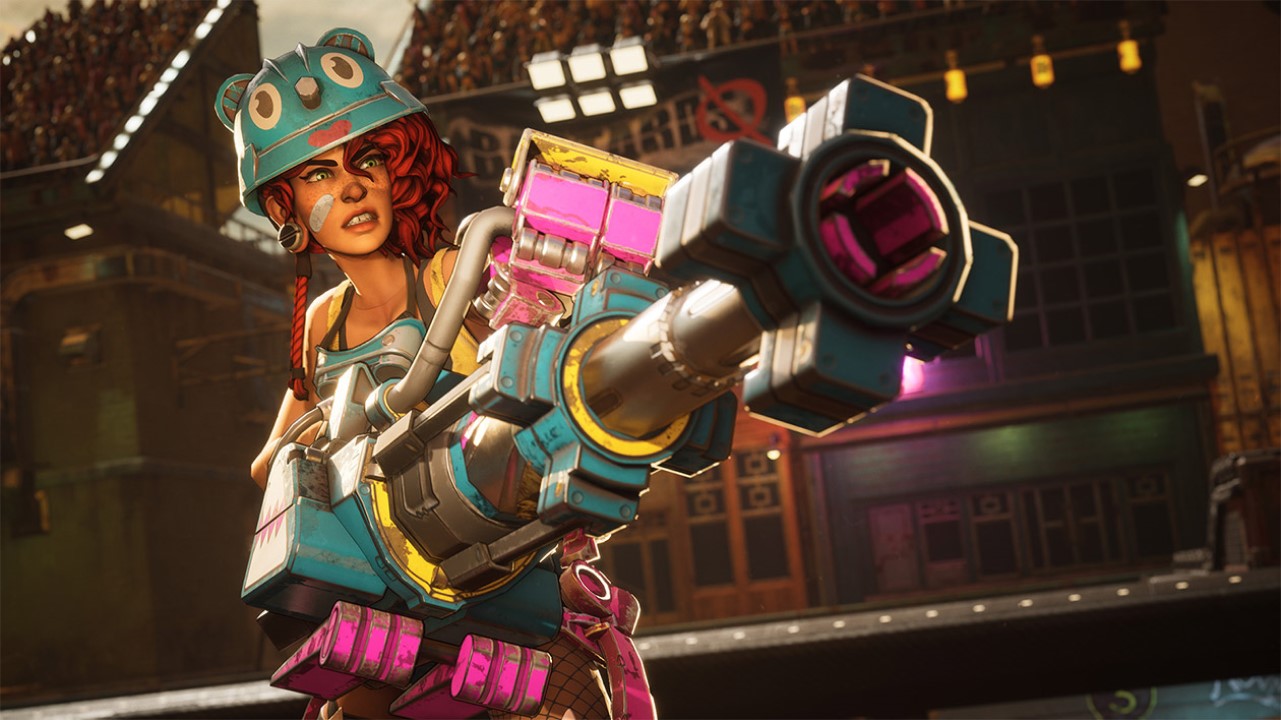 That’s not to say there isn’t room for skillful play – I’d be lying if I said Bleeding Edge was a brain-dead affair. Specials can be used to keep yourself alive, disrupt and stun an enemy assault or block off a flank for a short time, but the lock-on mechanic makes most of these potent cooldowns comically easy to land. Take El Bastardo for instance (yes, that is his name): his leap can be manually targeted with the right control stick, but due to everyone bolting about like they have a live bomb up their ass it’s far more efficient to lock-on to your intended victim and deploy the skill that way. Less likely to miss, and no real skill required.

Due to these special abilities being on cooldown you can’t spam them and expect to come out on top, but there really isn’t a way for a skillful player to turn a team-fight in their favor. Which, brings me to yet another issue within Bleeding Edge: it is so damn committed to teamplay that being down even a single person will lead to your team getting rolled. There just isn’t any feasible way for a single person to make a clutch play that turns a likely loss into a white-knuckle victory. And if more than one person has set their sights on you then you’re as good as dead (unless you’re Maeve, because her entire toolkit seems to be built around trolling her opponents). 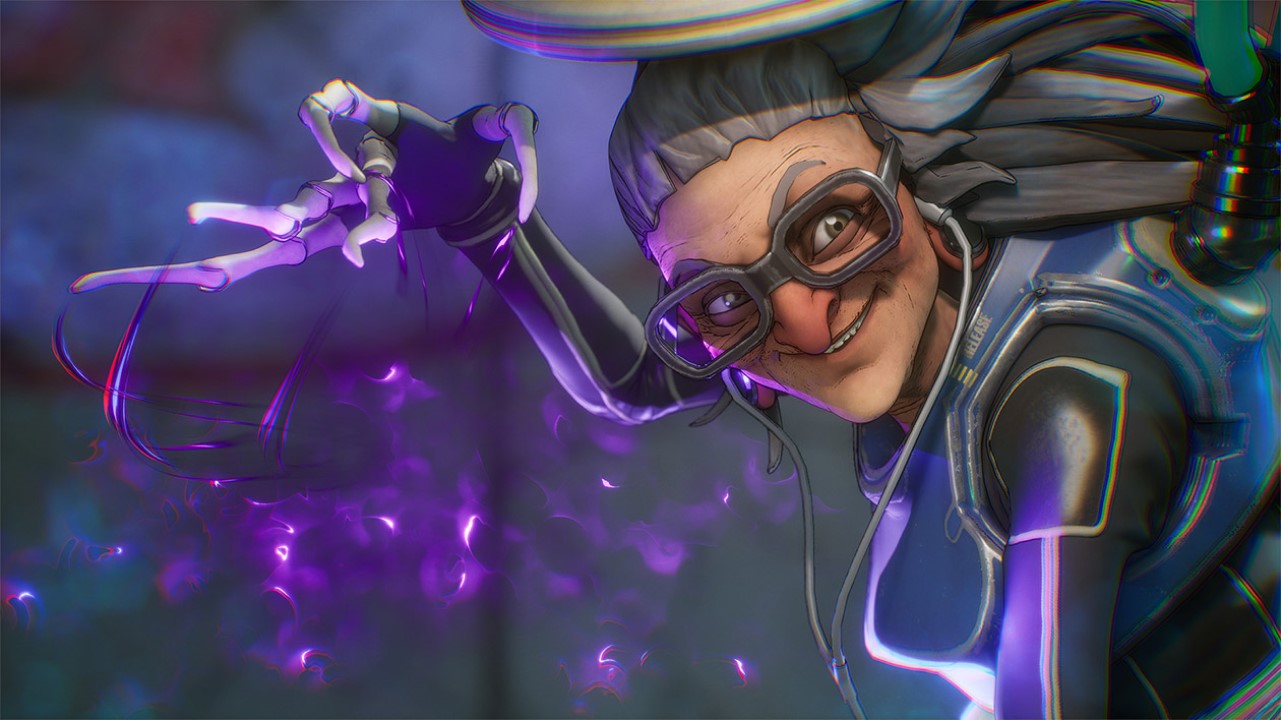 This slavish dedication to teamwork often means matches are completely one-sided. If you go against a team that remains huddled together as they roam the map and you have even one random running off chasing butterflies you are going to lose, end of discussion. And, because most characters don’t have a solid way to escape an encounter it’s easy to single out individual foes (such as the enemy healer) and delete them, swinging the fight in your favor. Then the dead slowly respawn and cascade back into the brawl, where the surviving team proceeds to pick them off. If the team wipes they have to rally back up at the respawn, but good luck getting strangers on the internet to wait, pings and included voice chat be damned (which I haven’t heard a single person use yet, despite my best efforts).

The two objective-based game modes on offer at launch (that’s it) contribute towards this problem. They are straight-forward capture and collect affairs, and there really isn’t a way for a team that is down to rally together and pluck victory from the jaws of defeat. So, every match boils down to the same loop: roam as a team to try and take objectives, exterminate the enemy healer (or healers, because there isn’t a role lock) first after initiating a team-fight, deathball the rest of the match because the enemy team is now in utter disarray, and profit. 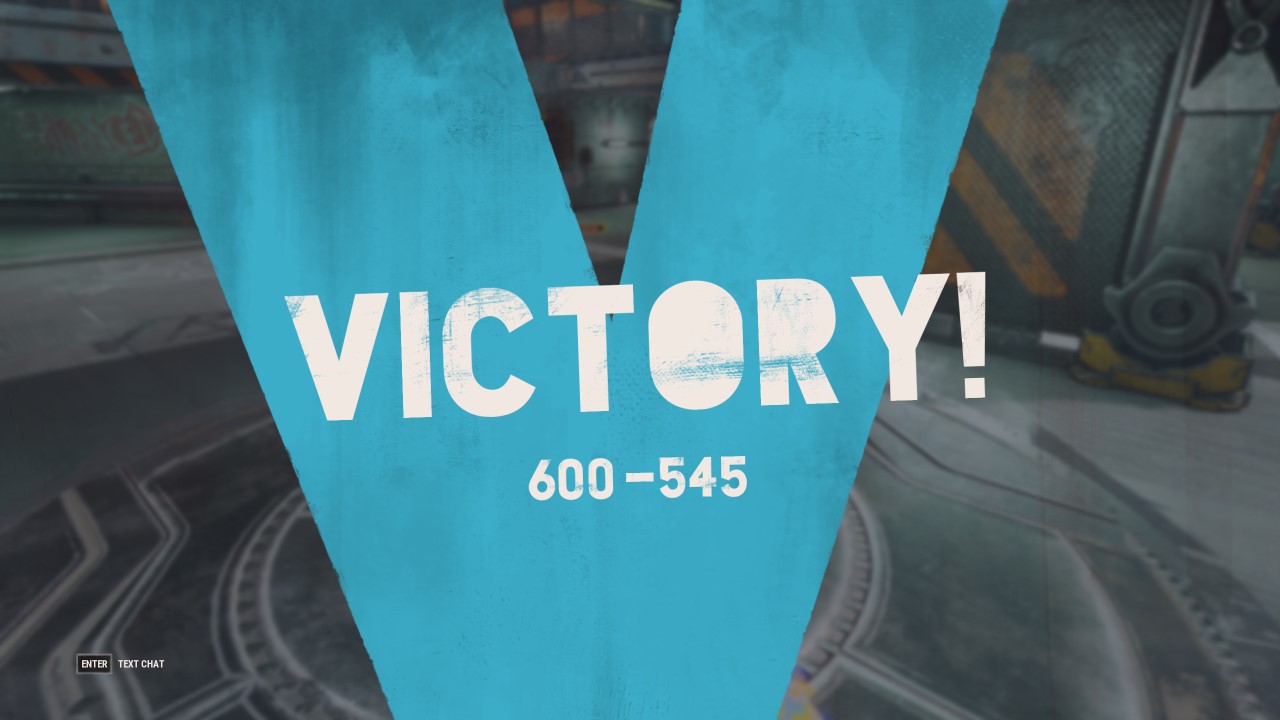 I can count the amount of close matches I’ve had on a single hand (the closest I’ve shared above). It was sweep or get swept otherwise. In successful competitive games there is a way for a clutch player or two to shift the tides of fortune in their favor with artful skill and play, something not possible in Bleeding Edge. It all comes back to the low skill-ceiling. No one person can “ace” a match like they can in Rainbow Six Siege, or stall the enemy team at the wire’s edge for a skin-of-the-teeth win like in Overwatch or (dare I say) Paladins. In Bleeding Edge it’s deathball after deathball, and the team that stays together (and picks two healers) will win 99.9% of the time. The debilitating lag currently plaguing the game hasn’t done it any favors either.

In short bursts Bleeding Edge can be fun, and duking it out in a tense brawl is enjoyable despite the simplicity. It also gets old quickly. This ankle-deep combat cycle in tandem with the absurdly limited amount of maps, skins and modes on offer highlights Bleeding Edge’s greatest flaw: it’s all form over function – style prioritized over substance. Even the mods system, which allows enterprising players a chance to tweak a character to better fit their playstyle, is undercut by how little impact they seemingly have in the middle of a team-fight. The fact they and a cosmetic currency are the sole rewards for “progression” undercuts the drive to keep playing. 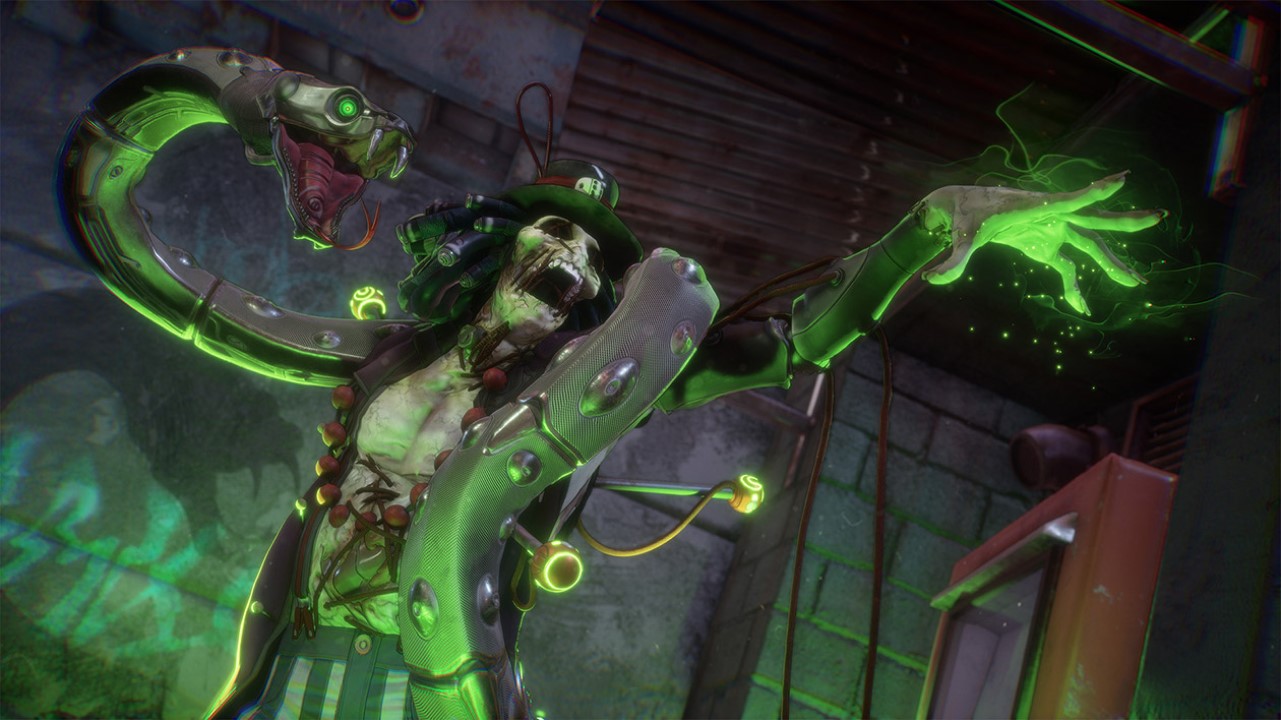 The more I played Bleeding Edge the more I wanted to put it down. It’s has all the makings of an excellent game, but it’s clearly not ready for the limelight. This feels like a soft early-access launch, and after seeing everything there was to see in under five hours of play it’s was hard to motivate myself to return. Bleeding Edge is Xbox Game Pass fodder at this point, and the low player count on Steam alone has me concerned Ninja Theory and Microsoft pulled it out of the oven too soon.

The attention to detail, great soundtrack, and largely well-designed characters belie a game that is clearly loved by those that worked on it, but the crippling lack of depth in every area of Bleeding Edge has made what should have been an excellent game a mediocre one instead. A game that can be played once and never touched again. I hope Ninja Theory is given the opportunity to expand on the game, but right now Bleeding Edge is fun but forgettable filler.