Bleeding Edge – How to Use and Change Mods

Lean into your strengths. 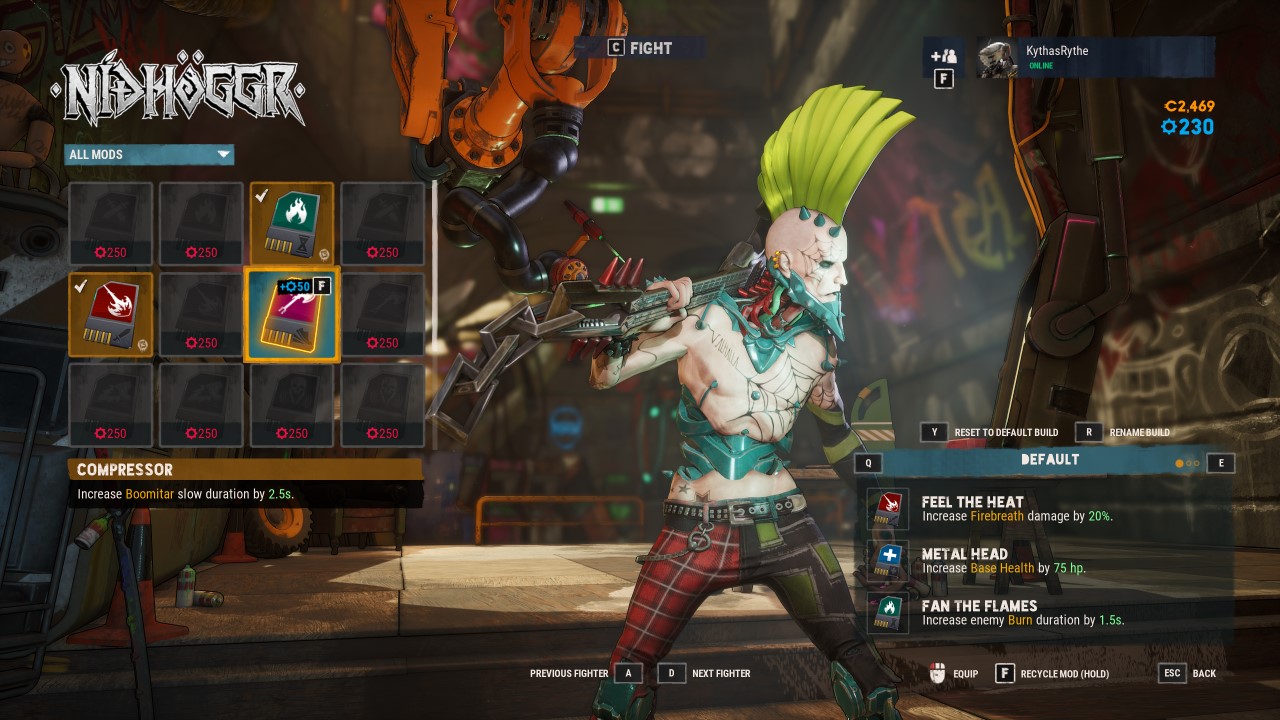 No two characters need be alike in Bleeding Edge thanks to the mods system, which allows players to set loadouts that emphasis unique playstyles. These have to be earned though, and you’ll need to dedicate yourself to your preferred character if you wish to unlock their mods as soon as possible.

Mods are earned from leveling your account, characters, and with in-game currency.

Mods can be earned one of three ways: you can earn one for any character from leveling your account, a character-specific one from leveling that character, and from using a currency earned by playing matches. The leveling mods are easy enough: play the game, and play the game as the character you want to earn them on. Kills, objective completion, and contributing towards a victory all reward experience, so proactively assist your team to maximize your experience earned.

The currency is a touch trickier. Playing matches will always earn you a meager amount, though having the most kills, heals, or objective captures can earn you a small post-game bonus. If you want to farm currency, however, you need to farm mods from leveling. Those you don’t want can be recycled from within the Workshop in the Mods menu of each character for 50 currency apiece. Considering a single one costs 250, this is the most efficient way to farm currency.  So, if you have a specific loadout you are trying to farm, melt the mods you don’t need.

From the same Workshop menu you can equip up to three mods per loadout, and you can never recycle the Default set (those every character starts with). You can use these defaults in other loadouts – Bleeding Edge just doesn’t want you to accidentally screw yourself by removing all the mods from a character.

Home / Game Guides / Bleeding Edge – How to Use and Change Mods