The latest news in the world of video games at Attack of the Fanboy
July 15th, 2016 by Kyle Hanson 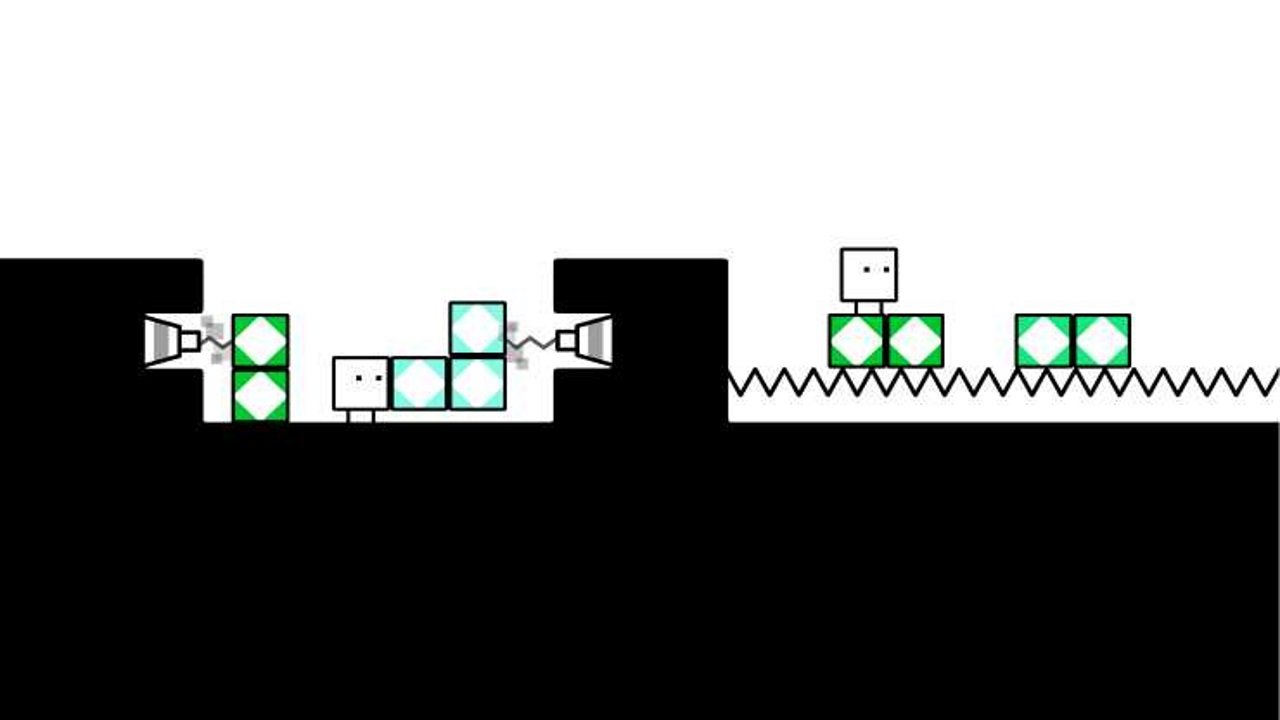 The Nintendo 3DS has been home to some of the best games of the last few years. As the system approaches the end of its life, those AAA titles have slowed significantly, but Nintendo is still supporting the device. That support comes in different forms though. BoxBoxBoy! is an example of this new support, giving us a sequel to a small puzzler that delighted most who played it, but never garnered any headlines. This sequel is a much appreciated followup to last year’s overlooked game. It adds some new elements, and gives players a bunch more puzzles to work through, but doesn’t try to reinvent the wheel…or cube.

BoxBoxBoy! like its predecessor, is all about minimalism. This is true of its story, which is practically non-existent, its visuals, and its overall style. You control Qbby, a square hero who can create other squares. He uses this ability to solve puzzles, unlocking new worlds and other in-game items. And that’s about it in terms of setup. The game shows you how it works, then tosses you in, getting you started on puzzles quickly and efficiently.

BoxBoy! was one of those games that did exactly what it needed to do, and it required very little improvement. With this in mind, it was surprising that Nintendo was releasing a sequel at all. However, once you play the game it all makes a sort of sense. They aren’t taking another crack at designing the original, instead just adding one small element and seeing how it changes the game. 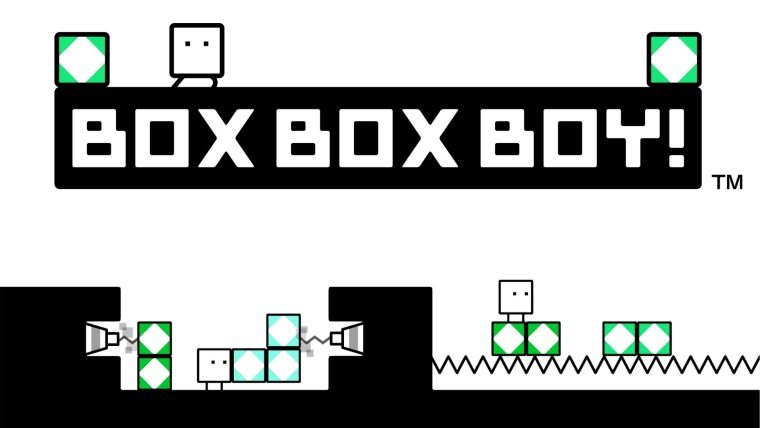 That element is giving Qbby the ability to make two different sets of boxes, where before he could only make one. It’s one of those small changes that actually leads to a huge impact on the gameplay. In BoxBoy! you almost immediately understood what needed to be done, and how to do it, you just had to go through the steps and get it all worked out. In BoxBoxBoy! the added second set of squares adds an entirely new layer of depth.

It’s actually quite surprising how creative this game can get at times. You would think that a 2D game with such simple mechanics would not become too complex or intricate. BoxBoxBoy! proves you wrong though as it finds endless ways of mixing its mechanics together to create devilish puzzles. Once you feel confident that you’ve figured out all of its tricks the game will throw a new idea at you, or implement some restriction that makes your previous solutions impossible.

The puzzles here don’t become difficult fast, in fact they take quite a while to build up, especially if you played through the first game. Once they hit their stride though players will find themselves endlessly scratching their heads, trying to work out what combination of squares you need to form to make it to the end. And if you are trying to perfect the game, grabbing every crown that limits how many squares you can create is a true challenge sometimes.

Still, BoxBoxBoy! never feels frustrating or overly challenging. The built-in hint system helps a lot with this, with the game pointing you in the right direction whenever you become completely stuck. With this comes the feeling that you’re never truly being tested, as the answer is always just a tap away. But if the alternative is becoming tired of the game, this is a great solution.

In all other areas BoxBoxBoy! is exactly like its predecessor, for both good and bad. The visuals are plain and simple, giving you black and whits minimalism throughout, without only brief splashes of color. What’s still confusing is that the 3D feature of the 3DS is not used at all. Sure, there aren’t any sweeping landscapes to ogle here, but simply having the background fade away would be great. Qbby could really stand out, and the game could have a diorama sort of feel to it.

BoxBoxBoy! offers plenty of puzzles to keep you busy throughout, but for those who want to dive even deeper there is a rich unlock system. Costumes are really fun and should lead to many nights trying frantically to gain more bits. You also unlock music from the game, giving audiophiles something to listen to outside of the usual level music. There are also some comics you can unlock, giving you tiny snippets of story. These were surprisingly engaging and actually used up way more of my currency than I ever thought they would.

BoxBoxBoy! is a simple and straightforward sequel to a great 2D puzzle adventure. It’s not trying to reinvent the genre, or even its predecessor. Instead it adds the ability to create two sets of squares, and then takes that idea to its furthest extreme. This creates a sequel that works as a standalone game, while enhancing the experience for those who enjoyed the first title. You won’t find too much that’s completely fresh here, but if you like puzzle games and you own a 3DS, there’s little reason to skip BoxBoxBoy!