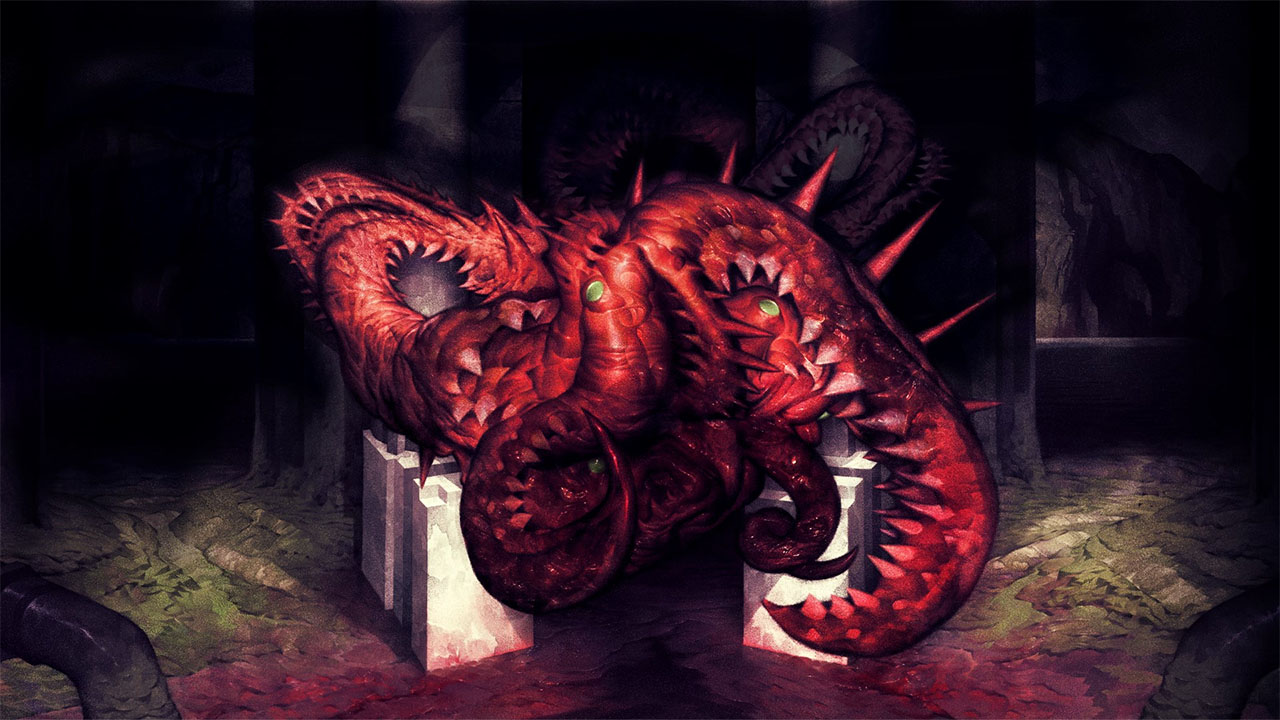 Devolver Digital has become one of the more prolific indie publishers out there and really blew up even more as a result of their unique and outlandish E3 conferences. While debuting back in 2018 at GDC, one of the standout games from the 2019 Devolver E3 conference was that of Carrion. With yet another appearance in the recent Devolver conference, what is being billed as a reverse-horror game has finally arrived with Carrion.

Most horror games put you in control of a humanoid character that is just trying to survive against the environment and enemies around you. Carrion takes a different approach here though by letting you play as an amorphous red blob that is trying to devour everything around it. While you start the game as a rather small red blob, you will grow exponentially before the game is over to where you are taking up most of the available screen at some points in time. 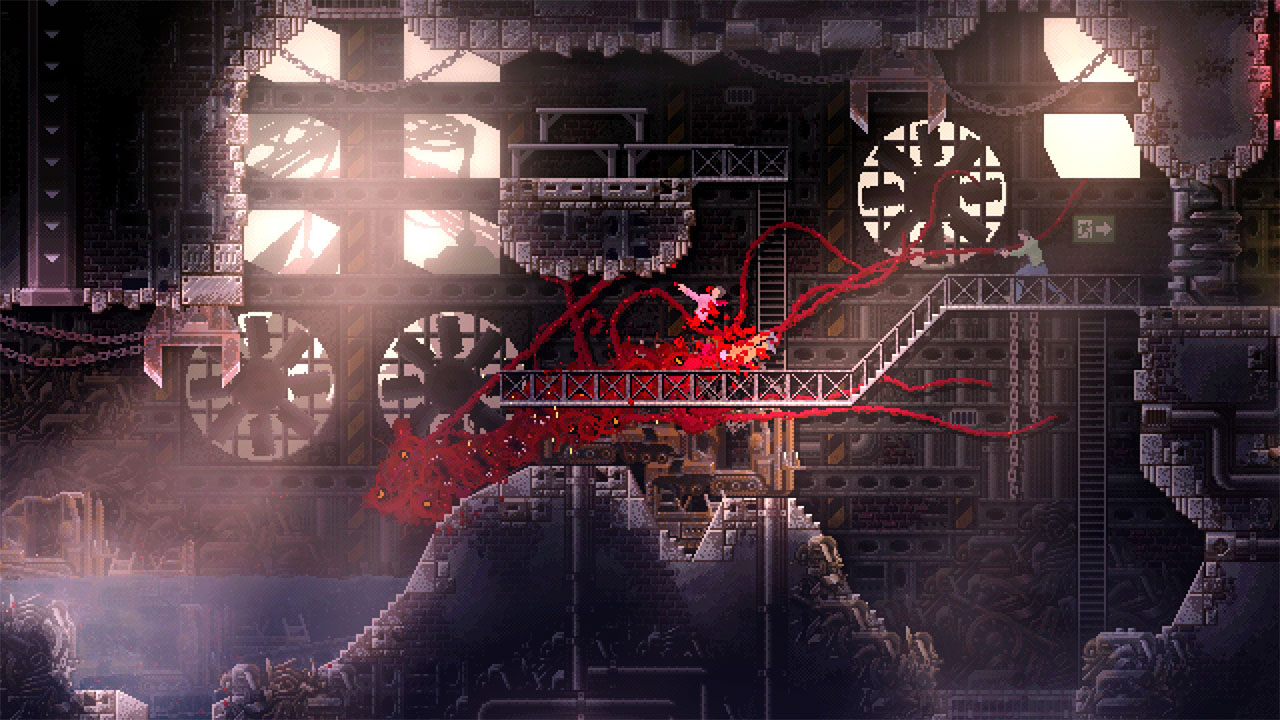 Carrion features a very retro looking pixel style across its entirely 2D setting. It definitely doesn’t push any graphical barriers, but it fits perfectly for the type of game that it is. The only time where this can be a little bit of a problem is where the environments start to blur together a bit, which makes it a little harder to distinguish where to go or what to grab. This only makes things a little more tedious at times, but should not hinder your progress for too long.

The game has a rather interesting control scheme on PC, where you actually move the blob around by left clicking on the mouse in the spot you want it to move towards and it will head in that direction. The speed of how fast the blob moves depends on how far away and whether you are holding or just pressing the left click. You might be very concerned about a game like this utilizing mouse controls for movement, but it really works very well here.

While you can knock out enemies by running them over, you also have an array of different moves at your disposal that you will unlock as you play. To start, you can grab anybody or really anything with your tentacles by using a right click and then drag them around by moving the mouse. What you will always be doing is grabbing enemies and pulling them to your mouth to devour them to not only replenish health, but to prevent them from attacking you. That will be your only ability at the beginning, though you will eventually come across canisters that unlock new abilities for you as you play more through the game. 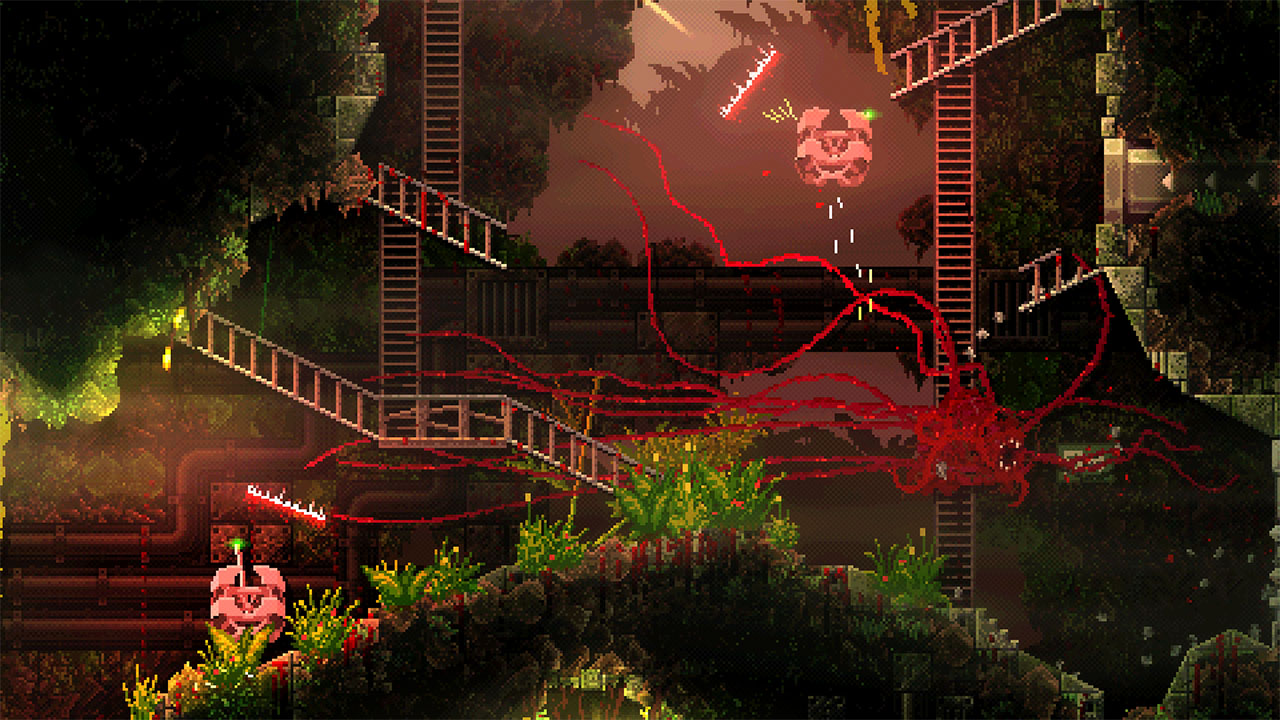 These canisters unlock upgrades that not only give you new abilities, but also allow you to grow in mass as well. These tie into your health meter, which you can see on the top of the screen with five HP to start. There are two of these major upgrades that increase your health meter to 10 HP and 15 HP, each of which offer special abilities for you to use. Depending on what size you currently are, pressing E will use an ability, which varies from shooting a little web out to ramming through wooden barriers. Pressing Q will also activate size based abilities such as being able to go invisible to avoid laser sensors or growing spears that help deal more damage when moving. The invisibility ability in particular is a bit of a pain though, as you have to be very precise with your movement and timing to avoid tripping the sensors, all while you have a limited meter for the ability that you can use at one time.

At its core, Carrion is essentially a Metroidvania type game that has you exploring different areas and backtracking upon the activating of new abilities. One of these in particular turns you into long eel like shapes when inside water, which allows you to get past barriers that were previously keeping you from advancing. This can get very confusing for the player though, as there is no map for you to follow and you have to use certain doors to move from one area to another.

Once you start getting more canisters and can raise your health to 10 or 15 max, you will actually introduce another form of puzzles involving your size. Considering each of your three basic blob levels have different abilities, this means you will need to shed or gain some mass at certain parts to get past some areas. That is why there are pools located around the map that allow you to drop of pieces of biomass in them, which you can come back for later. You can also get more mass by eating other people or even at some biomass save spots. 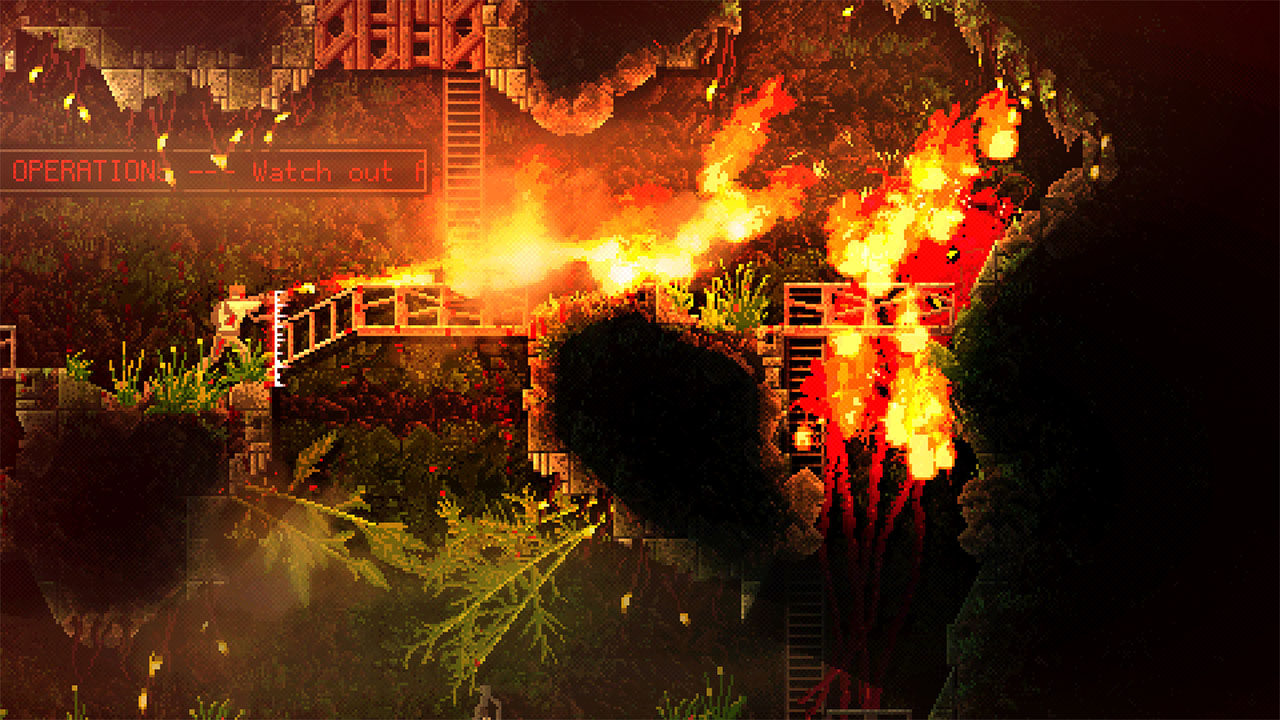 The basic structure for Carrion is to explore everywhere you can and solve any puzzles to advance before coming across a door that needs to be opened to move to the next area. These doors can only be opened by finding these blue walls where you can spread your biomass to become part of the wall, which also serve as save points as well. Sometimes these will even create new paths when you activate them, so finding them is very important. Each of these doors require a certain number of these to be activated to open and allow you to squeeze in, with you having to find six of them for each area by the end of the game. These shouldn’t be too difficult to find, though the left shift ability to listen for nearby ones doesn’t help that much. It did start to become a little monotonous after having to do this multiple times, but the puzzles were different enough that it helped alleviate this a bit.

Carrion has a few different enemies for you to go up against throughout your journey, though it’s mostly going to be the same ones again and again. The weakest of these just have basic guns to shoot at you, but where it really gets dicey are with the android-like enemies with shock shields that you can only grab from behind. They get even more dangerous when they start coming at you with flamethrowers later in the game, which will light you on fire until you can find water. Robots and drones also come into play later, which are much more difficult to deal with and will require you to be much more careful.

The game also has something rather interesting that happens only a few times in the game, where you instead take control of a human scientist as they are exploring the area in flashbacks. These are probably the least interesting part of Carrion gameplay wise, but actually do help to build up the lore of the world a bit. You only control this scientist with the keyboard and is nowhere near as exciting as running around with the blob and wrecking everything in sight. These sequences are used in interesting ways and really do pay off by the end of the game. 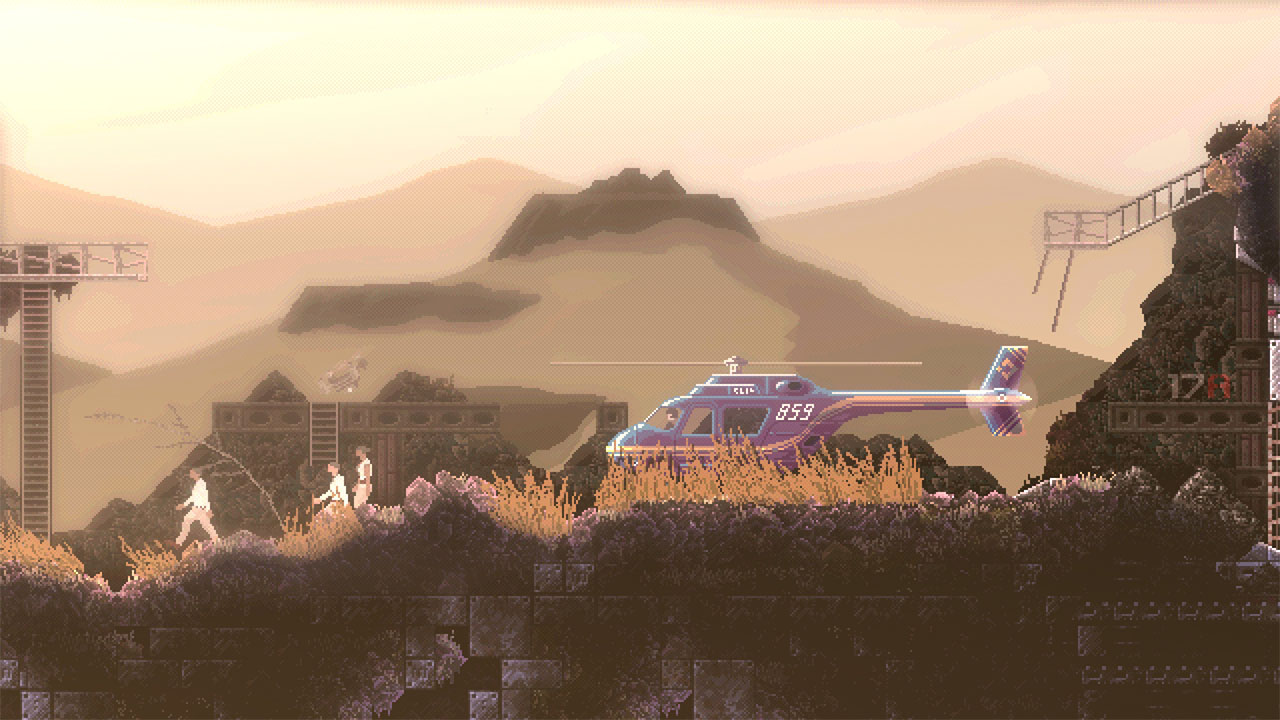 Longevity does come into play when talking about Carrion, as it’s only about a six to eight hour experience depending on how often you get stuck. This is probably for the best though, as the game would probably start to overstay its welcome if it was much longer due to the style of gameplay. The game does add some replay value by having additional upgrades available in the game, but it’s not something that will probably make most players go back after they have finished the game.

Phobia Game Studio’s first solo outing in Carrion really stood out from the first time it was revealed and there is no question it lived up to the hype. Controlling the blob surprisingly feels very natural with PC controls and works well with the different abilities that it has. Even though the overall pattern can get a little repetitive after awhile, being able to destroy everything in sight with the amorphous blob is very cathartic and makes Carrion one not to overlook.

Carrion turns the horror genre on its head by letting you be the monster this time in a Metroidvania style game, which serves as the perfect type game to pick up and play between many of the other larger scale releases that have released this year.