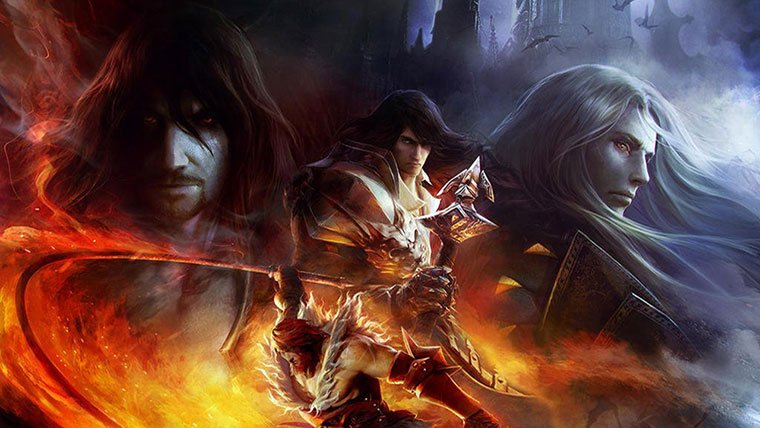 It doesn’t take long to realize that Castlevania: Mirror of Fate has very little in common with the Castlevania Lords of Shadow console release. Outside of the game having its name in the title, there’s very little in this handheld adventure that echoes back to 2010’s franchise reboot. Despite this game being a direct sequel to Lords of Shadow, this isn’t the three dimensional world that was introduced in that game. Mirror of Fate is more reminiscent of the two dimensional days of the franchise, and better compared to fan favorites like Symphony of the Night or the other games in the Castlevania series that encouraged exploration and puzzle solving as the primary gameplay mechanics.

Mirror of Fate tells the story of Gabriel Belmont’s lineage. More specifically, it tells the story of Simon Belmont (Gabriel’s Grandson) and his quest for answers about his parents. Simon lost both of his parents when he was young. His father ventured to Dracula’s castle and never returned, while his mother died protecting him from Dracula’s assault upon The Brotherhood, which protected his family’s village. The main quest starts as Simon is finding himself alone, without family, and taken in by a mountain tribe. Raised as one of these mountain barbarians, Simon sets out to avenge his family and get the answers he seeks. Along the way, you’ll play as multiple characters in this long running franchise.

Mercury Steam doesn’t necessarily reinvent the wheel with Castlevania: Mirror of Fate. It’s a game that’ll feel familiar to fans of the franchise that have slogged through Dracula’s castle a time or two in the past. It’s a 2D game that utilizes the tech in the 3DS to give the world a three dimensional feel. True to the Metroidvania tradition, Mirror of Fate is a game that opens new paths to the player as new abilities are learned, and one that encourages the player to seek out fortunes, upgrades, and other power-ups through exploration. While some of these mechanics have been around for a while, the 3DS handheld definitely lends itself well to the task at hand. Utilizing the second screen, players can easily view their location in the game world, the local map, and take notes about where power-ups are found. Some of these will be discovered when you don’t have the tools necessary to reach them, and you’ll want to mark them down for when do have the required equipment. This encourages a good bit of back-tracking in Mirror of Fate, and it helps with the shorter play sessions that’ll likely occur on the handheld.

While this sequel doesn’t call back to Lords of Shadow very often, Mirror of Fate does resemble it in its combat. The fluid combat found in the console version of the game, makes the transition quite well to 2D. The combination system, while not nearly as deep in Mirror of Fate, gives the combat strong legs to stand on. A running XP system opens new avenues to the combat, giving the character many different combinations and moves to use in battle. In addition to the whip, players will also acquire a secondary weapon depending on the which character is being used, and powerups which serve in both the combat and exploration aspects of Mirror Fate. Combat is paced faster than what would normally be found in a two dimension action-game, and feels more like a game that you would find on consoles than on a handheld. You’ll be fighting your fair share of battles in Mirror of Fate, and that’s especially true if you do any back-tracking whatsoever. Enemies respawn after dying so you’ll need to fight many battles more than once. It’s not a huge problem, just as long as you aren’t in a hurry and don’t take strong issue with a couple minor complaints. The fast-paced action of Mirror of Fate will often times have you missing button prompts, and it doesn’t help that these prompts have a very small window of success. A generous checkpoint system won’t ever really start you too far away from where you died, but its still off-putting to never quite get proficient after 10 hours or so in the campaign.

You shouldn’t be in a hurry to finish Mirror of Fate though. This is a beautiful game that beckons for each nook and cranny to be explored. You’ll uncover power-ups and lore if you do, which feed into your overall experience and strength of your character. While you certainly can play Mirror of Fate in A to B fashion, it’s clearly not how this game was intended to be played. With many loops within each characters world, and the ease of marking down locations on the map to back-track for power-ups, Mercury Steam banks on you going back in for the things you may have missed along the way.

It’s not a hard sell. Mirror of Fate is one of the best looking and best sounding games to date on the 3DS. Mercury Steam’s use of the 3D effect helps the presentation along considerably. We’ve seen it in other games of the 2D variety, but the subtle use of 3D in this type of game gives the graphics a nice consistent depth and richness. Some visual trickery is also used throughout to add to the illusion. Enemies running across the foreground of the screen, the 3D effects of the finishing moves in the combat, and other minutiae that you’ll stop noticing about halfway through. And that’s how it should be, right? Mirror of Fate encapsulates the Castlevania vibe pretty well. It’s got a variety of enemy types, its got its fair share of themed boss battles, and multiple acts where each character presses through another piece of this beautiful puzzle. The story is moved forward with cell-shaded cutscenes largely, these animated sequences are a stark contrast to in-game looks during actual gameplay, but are equally well done. There’s a nice variety to the sights of Mirror of Fate, and it’s all made even better by the fantastic music and sound effects of the game. Do yourself a favor with Mirror of Fate and put a pair of headphones on when firing up this game. Doing so will make for one of the most immersing games to date on the 3DS.

If the goal of the Nintendo 3DS was to get people more immersed in their handheld experiences, Castlevania: Lords of Shadow-Mirror of Fate exemplifies this completely. Even with the small screen, the attention to detail in the presentation of Mirror of Fate goes along way in bettering the experience. It makes this one adventure game that stands tall next to its console competitors, where many handheld titles fall flat. For Castlevania fans, you can’t go in thinking your getting Lords of Shadow on 3DS, because you’re not. Mirror of Fate goes back even deeper into the Castlevania catalog, and harnesses strengths from a bygone era, while looking about as good as a game can look on a four inch screen.