The latest news in the world of video games at Attack of the Fanboy
March 3rd, 2016 by Louisa Bhairam 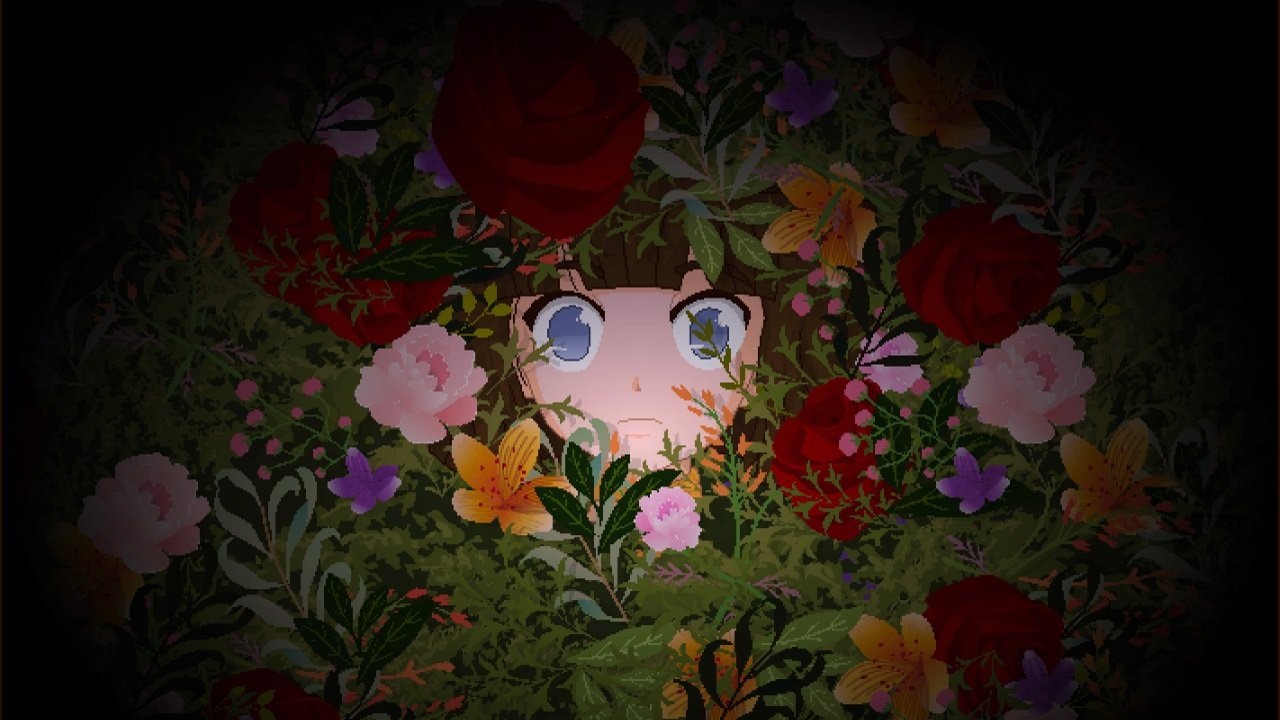 Baroque Decay Games’ latest addition The Count Lucanor takes influence from a wealth of popular games like Legend of Zelda, Silent Hill and Dark Souls. Its charm lies within its mixture of 8 and 16 bit graphics along with a chiptune soundtrack, which is also reminiscent of another popular indie game by the name of Undertale.

You play as Hans, a rebellious 10-year-old who is sick of living on the breadline, which he has endured since his Dad left for war. As you begin, Hans argues with his mother about his lack of birthday presents and storms out on her, signalling the beginning of his adventure. Hans is a naïve character, you realize that he doesn’t know much of the world outside his house and, as we would expect, this leads him to trouble.

At the beginning, the game is seemingly chipper and pleasant, with a chiptune Bach soundtrack and nostalgic pixelated backgrounds and characters. You are lulled into false security with friendly animals, bright colours and happy music. At this stage, it is hard to know what turn the game will take, and you would be forgiven for thinking this is just a basic adventure, point n click style game. 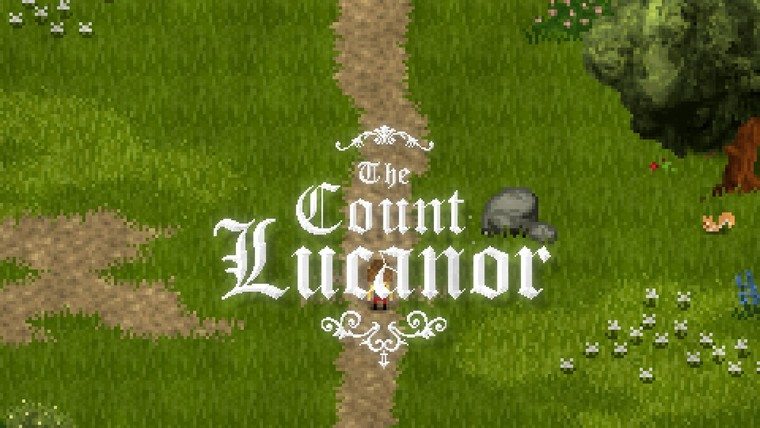 However, upon exploring you begin to realize that not everything is as cheerful as it first seems, and the people that you speak to have a bit of an attitude and dark aura around them. In fact, they end up inadvertently taking everything you have in your inventory which is just cheese, a few coins, and a cane by this point.

The Count Lucanor is a unique mix of fantasy, adventure and horror

After embarking on an outdoor picnic with a seemingly friendly stranger who owns a goat herd, everything takes a turn and the world around you changes. The world becomes so dark you are led with a candle, and the water turns to blood (or some sort of red substance- either way it’s not good). Zombie goats also begin to chase you around, and you encounter a short cut scene in which a giant raven swallows you whole.

You blindly follow a laughing Kobold to an ominous castle. Once there, he tells you that if you guess his name, you will become incredibly wealthy. The story alludes to old Grimm Fairy tales like Rumpelstiltskin, giving the idea of a playable cautionary tale with Hans being the naïve protagonist that needs to learn more about the world. This is just the beginning of your adventure, trapped in this castle you will embark on the quest to become Count Lucanor.

The Count Lucanor is a unique mix of fantasy, adventure and horror. It has some elements of the adventure games of the 90s in its graphics and dialogue, but you must use timing and wit in order to survive, which adds a new layer to the gameplay.

The puzzles are well placed and add to the atmosphere of the game, as you are mostly in a dark castle with only candles for comfort, there is a sense of urgency about getting the puzzles done right and quickly to avoid a grisly encounter. They can be a little hard at times, but this is a good thing for those who like to get the most out of a game and for those who enjoy a challenge.

Getting around, interacting and completing your tasks is easy, the controls are very simple and a breeze to pick up. Much like the graphics, this game has stripped back the controls to a minimum and it works very well in bringing that nostalgic experience to life. 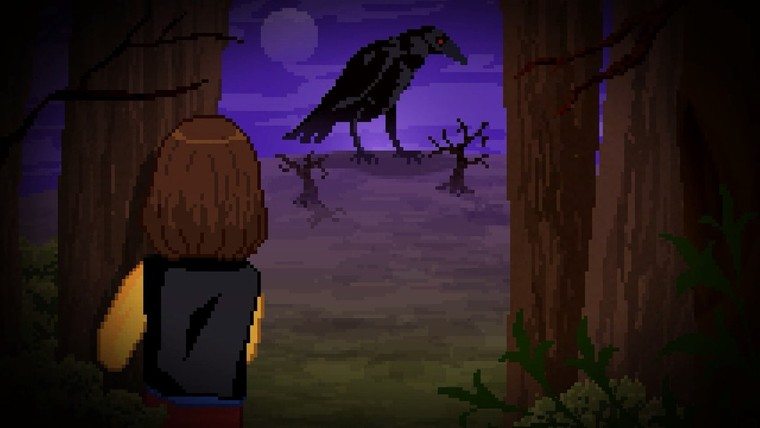 In the opening scenes of the game, there is a small tutorial with the aid of your dog which teaches you how to equip items, interact with your surroundings and access your inventory. The game is saved by throwing coins into a well, the raven who guards it explains he is ‘saving your soul from death’ which is pretty intense for a bird.

That said, The Count Lucanor isn’t all misery and seriousness. In fact, for a game with dark and gory themes, there is a light hearted and humorous vibe that is a bit reminiscent of Earthbound in its mixture of cheerful graphics and dark humour.

The graphics and soundtrack, though seemingly minimal, definitely give that old school feel to your experience and complement the story well. As you play, the classic RPG top down perspective is interspersed with animated cut scenes to goad the story along and familiarize you with the characters.

Which is ultimately very important as you can interact with NPC’s throughout the game and this will, in the end, determine your fate.  There are 5 alternate endings, so there are many replayability opportunities to be had.

The Count Lucanor is doing a lot. In terms of genre, it’s hard to pigeon hole it into one category. This is not necessarily a bad thing, but it might prove to be an issue for those who like to know exactly what they are getting into. The fact that The Count Lucanor fits within so many categories, and does them all so well is a testament to how solid the game is. 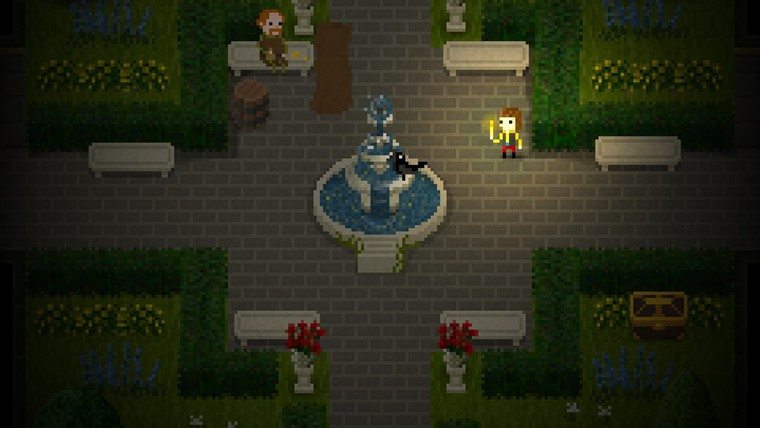 For those looking for slick graphics, combat and quality voice acting, this game may not be for you. The games appeal does not rely on the AAA tropes, it’s strengths are rather in its writing and gameplay. The developers of The Count Lucanor’s passion for the old style 16 bit, text based games shines through when playing and it will definitely resound with those who grew up with SNES and Megadrive.

A unique and excellent adventure, with puzzles and mystery at every turn. Although its main appeal will be to retro gamers, there are enough strong qualities to attract those who may not normally play within this genre. Graphics and soundtrack are charming and a joy to experience.