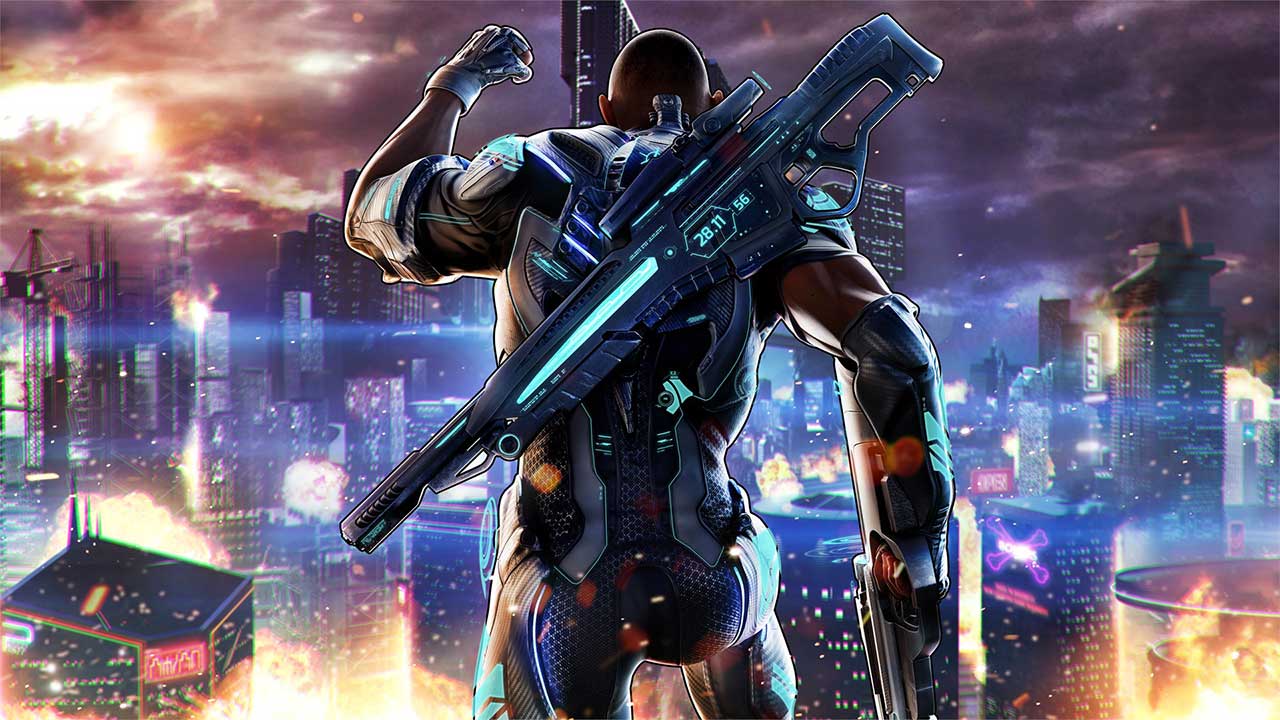 When Crackdown released back in 2007 there weren’t very many games like it.  An open world game that gave players incredible freedom of movement, Crackdown carved out a nice niche for itself in a gaming landscape that was still playing catch-up with Rockstar and the Grand Theft Auto series.  While the industry at large very well may still be chasing Rockstar’s tail when it comes to open world games, we haven’t seen a new Crackdown in quite some time and open world games have moved forward by leaps and bounds.  Crackdown feels like a game that is stuck in 2007, chasing what made it special in 2019 is a fool’s errand and something that left us wanting more from this latest entry in the series. 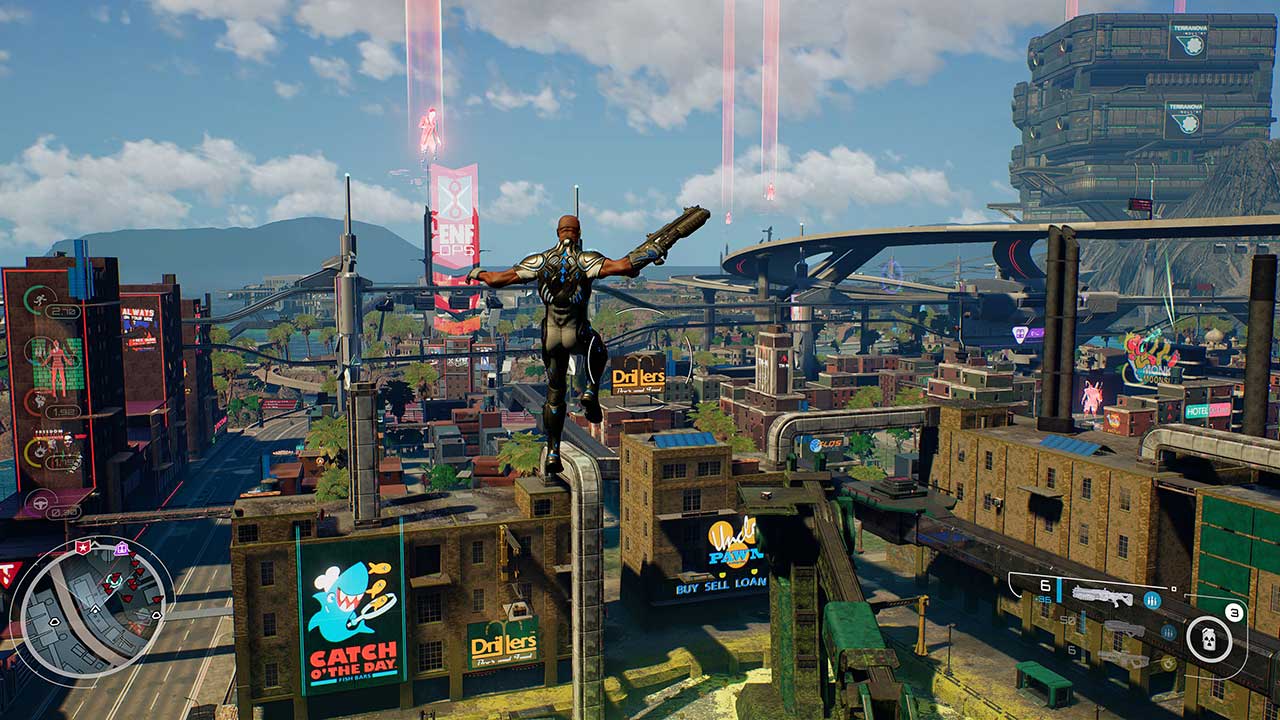 Crackdown 3 looks the part of a modern open world game. The beautiful cell-shaded visuals, impressive character models, a wide assortment of weapons and a massive city to explore make a great first impression as you begin the gameplay loop of increasing your proficiency in a number of different character attributes.  These initial impressions make it seem like there’s going to be a lot to sink your teeth into with Crackdown 3.  Unfortunately, this veil becomes incredibly thin after only a short time with the game.

You’ll play the campaign of Crackdown 3 as a member of a peacekeeping Agency full of cybernetic-enhanced super-soldiers.  On your quest to take down the Terra Nova corporation you’ll find that the world is full of mini-outposts to take down.  Take down outposts associated with one arm of the corporation and you’ll unlock mini-bosses and then main bosses across three parts of the corporate tree.  The three branches of the corporation include logistics, industrial and security specialists.  There’s nothing wrong with this structure of the game, in fact, the first time you see it it seems like an incredibly logical structure for an open world game of this nature. 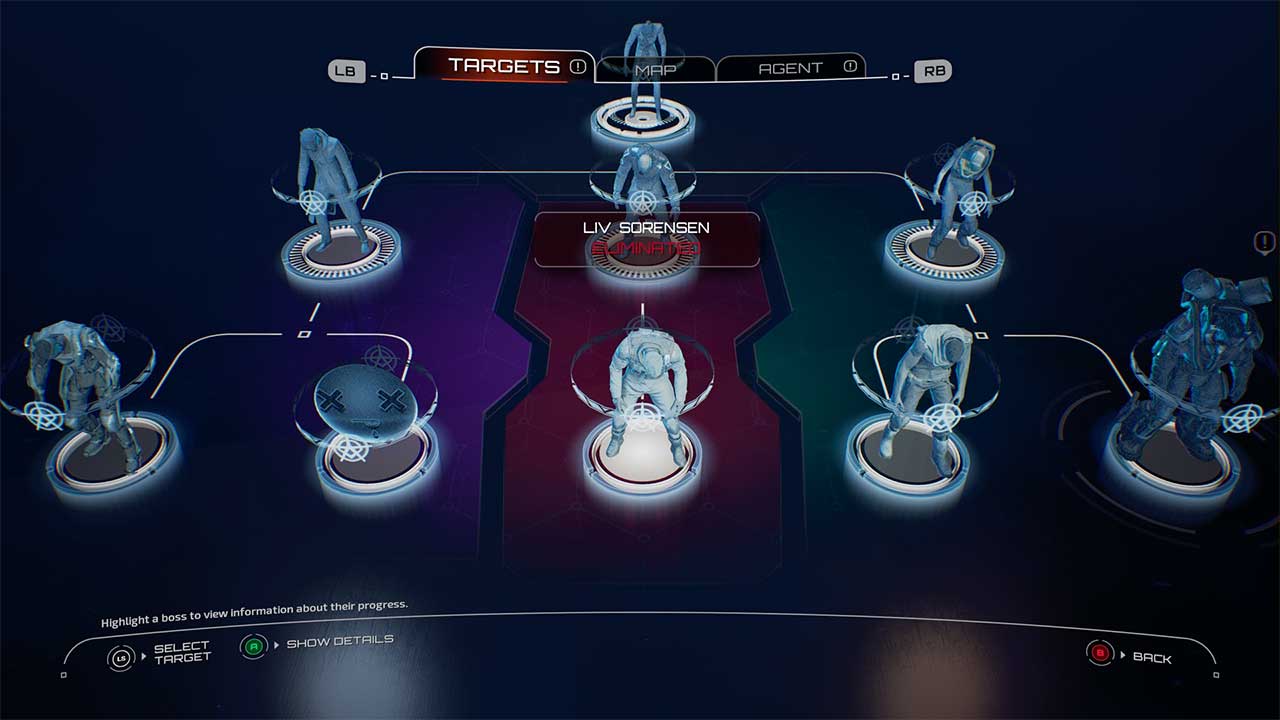 It’s when you start tackling the objectives to actually start unlocking these boss fights is where you’ll discover just how paper thin Crackdown 3 really is.  The game is a ridiculously short campaign.  You could beat it in around 6-7 hours if you’re really grind through it on the default difficulty level.  But even if you didn’t want to push through it, the world is lacking any real reason to explore it beyond doing the repetitive tasks that will increase your character’s different abilities.  These abilities include agility upgrades, better firearms skills, increased strength, more explosive options, and better driving skills.  The upgrade system in Crackdown 3 is fairly intuitive.  Shoot weapons and you’ll increase your Firearms skill.  Melee enemies and you’ll increase your strength.  Use explosive weapons or gadgets and you’ll increase your explosives skill.  Hijack vehicles and perform stunt maneuvers to increase your driving capabilities. Like previous games Agility Orbs still must be found throughout the world and can be found by simply exploring the world on foot.

Agility, Firearms, Strength, and Explosives all have their place in the game.  They give you better moves to traverse the world, new weapons and abilities.    In our first playthrough of Crackdown 3 we naturally progressed through the majority of these abilities, except for driving.  In a game that really feels built around your agility abilities, Crackdown 3 never really feels like a good world to drive a car in.  There’s no navigation elements, the road system is confusing, and you’ll rarely ever drive a vehicle from point a to point b because of this.  In our first playthrough we never unlocked a single level-up for driving and it didn’t feel like we were missing much. 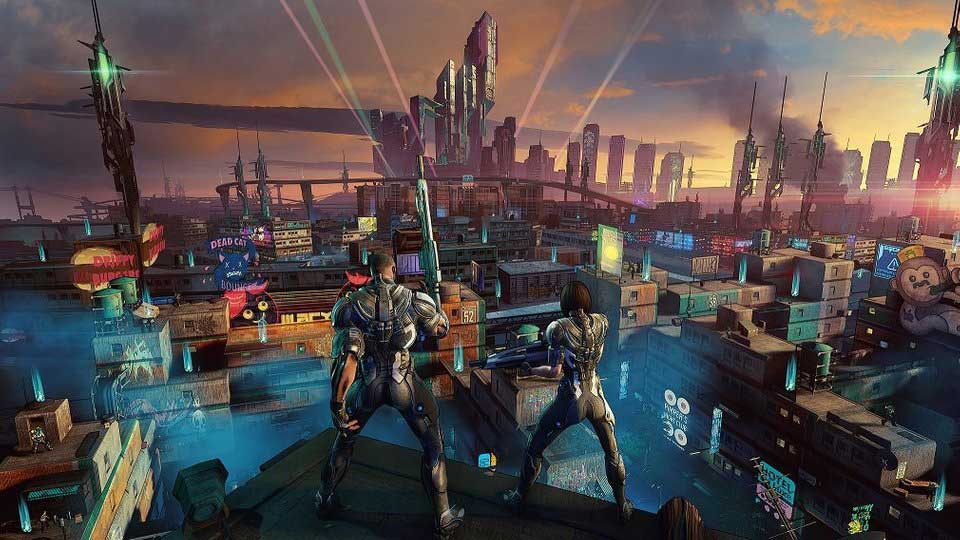 Crackdown 3 is equal parts a third person shooter and a 3D-platformer.  On the combat side of things, Crackdown 3 is pretty good.  The pace of the combat feels great, with most battles and encounters feeling fast and hectic.  There is a general lack of weight behind the guns, explosives, and melee combat that can leave it feeling flat at times.  However, it’s when you couple the combat with the traversal and 3D platforming that things start feeling a little off.  The layout of the world map, the verticality of it, and some iffy camera controls can leave getting around feeling largely like a chore instead of something to be enjoyed.  There were countless ledges and items misjudged during our review that saw us either falling to our deaths or needing to do large parts of platforming sections over and over again.

In terms of meat on the bone, Crackdown 3 has very little to offer when compared to other open world games of this type.  Whether its on the progression or exploration front, you’re going to play the campaign once and then there’s very little to do afterwards.  That campaign is short, and full of anti-climactic boss fights all the way to the end.  In many ways, Crackdown 3 feels like its rooted in decade old gameplay mechanics and design.  The shortness and lack of story details and world building leave a lot to be desired and it feels like a game that squandered what could’ve been an interesting world to explore. 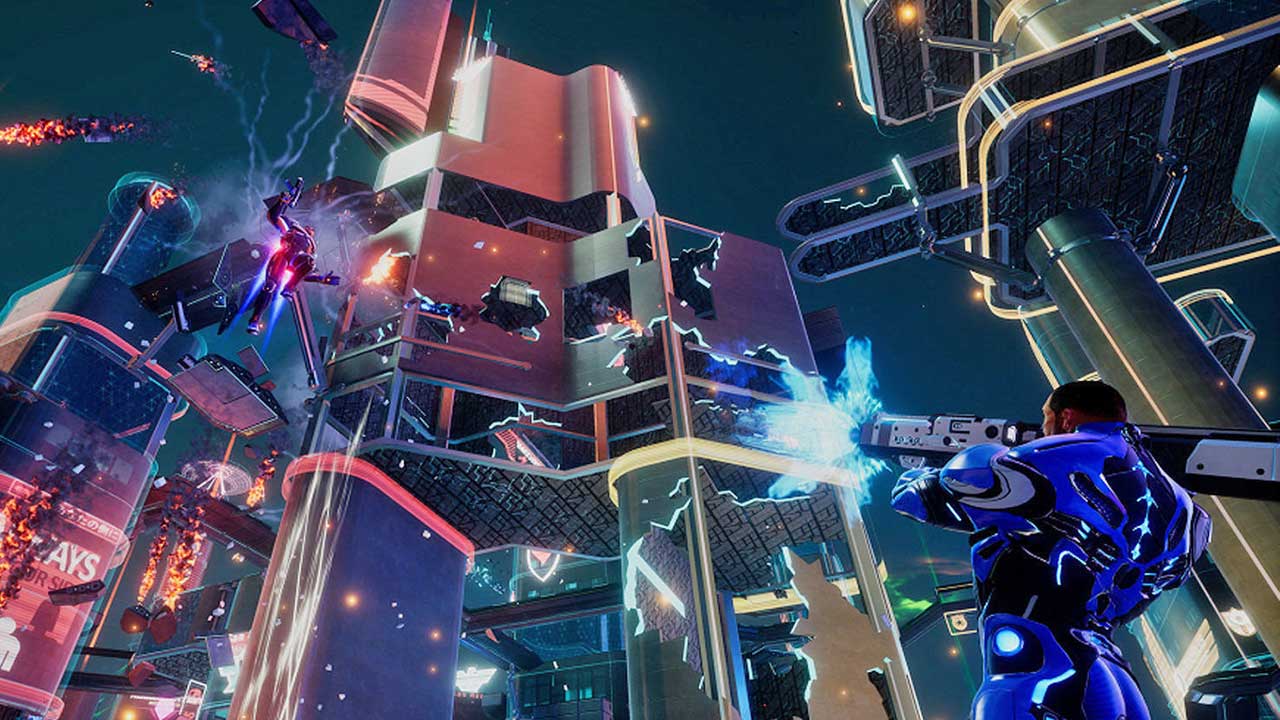 Crackdown 3 also features a multiplayer component called the Wrecking Zone.  It’s that highly touted cloud-based component that uses Microsoft’s “power of the cloud” to bring in a fully-destructible online arena in Crackdown 3. The problem is, no matter how you slice it, the Wrecking Zone just isn’t that compelling.  The destruction doesn’t seem to be anything that we haven’t seen before, Azure powered or not.  Wrecking Zone offered very little enjoyment past the few times we played the various modes.  There was a deathmatch style mode that tasked players with picking up tags of fallen enemies and guarding their teammate’s when they die.  And there was a domination style mode.  Neither had any new tricks.  While we waited until after we had finished the campaign to play Wrecking Zone, we had hoped it might salvage the Crackdown 3 experience as a whole, but sadly it just reinforced our opinion of the game as a whole.

Short and not very good, Crackdown 3 has few things to point to as reasons to exist.  Sumo Digital did very little with the 2007 formula to usher the series into 2019.  While it’s hard to recommend anyone taking the plunge for the full, new game price, the fact that the game will launch into Xbox Game Pass is going to make it tolerable and accessible for most.  As something that comes free with your subscription to the service, it might be worth seeing the short campaign, but there just doesn’t seem to be enough game and good enough content to warrant experiencing this release any other way.