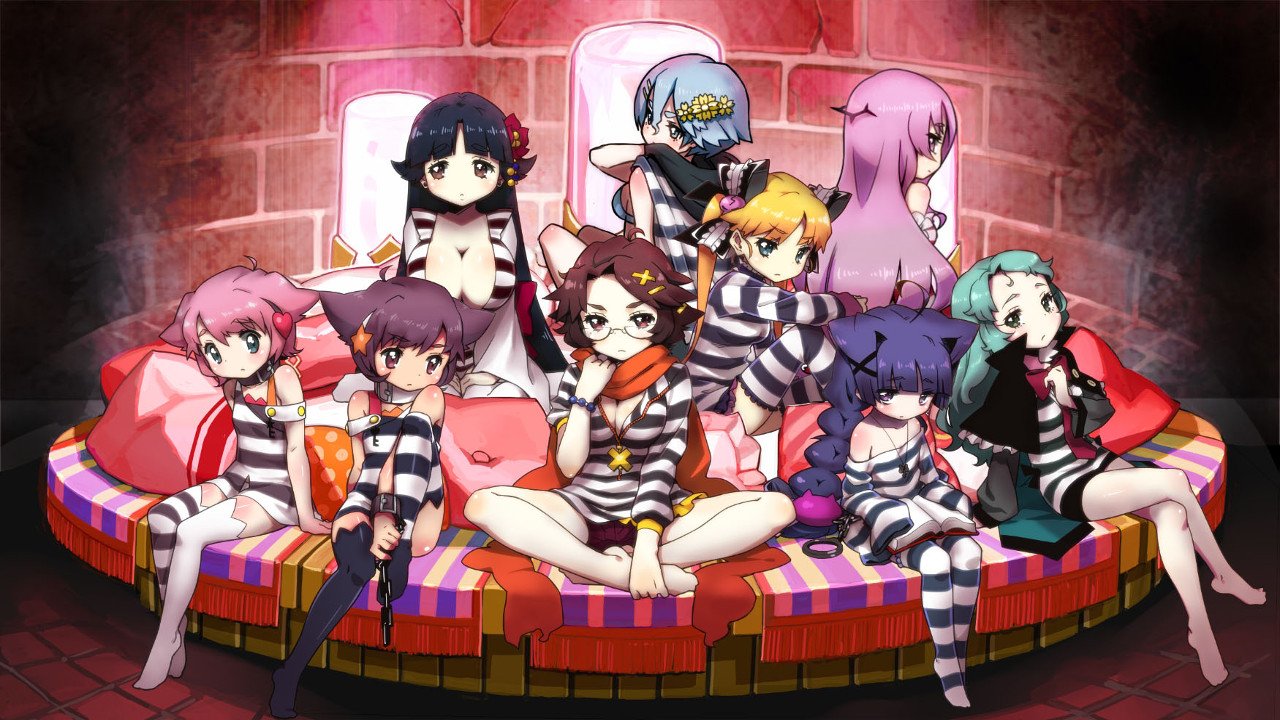 There are plenty of Japanese game series that are guaranteed a Western release, but some of them never make the jump. Thankfully, NIS America has stepped in to publish some of the more lesser known titles. One game that was not so lucky was 2010’s Criminal Girls from Image Epoch, which remained a Japanese exclusive. An upgraded version was then announced for the PS Vita, though many expected it to never leave Japan either. However, the publisher and developer Nippon Ichi Software’s US counterpart NIS America has managed to bring the game to the West as Criminal Girls: Invitation Only, which offers a grinding dungeon crawler based RPG style that is a true journey into the strange.

Setting up the scene, you are in control of a program instructor in the depths of Hell that must take a rag-tag team of teenage girls from a prison through various settings of the underworld. While these girls never were criminals in their lifetime, they were destined to become them before dying prematurely, which led to them being in this predicament. The program instructor is not dead, but must take the girls through this adventure to reawaken himself, while the girls will be reborn as part of the Reformation Program.

One of the first things that the player will notice is the game’s very unique but often frustrating battle system. While the battles themselves are their own thing, they tie in greatly with what this game calls “motivation.” This is the first sign of the censorship found in the game, as the original Japanese version referred to it as “punishment,” which takes on a whole other meaning. The game offers a basic leveling system akin to most in the RPG genre, but these “motivation” mini-games are even more vital to your success. 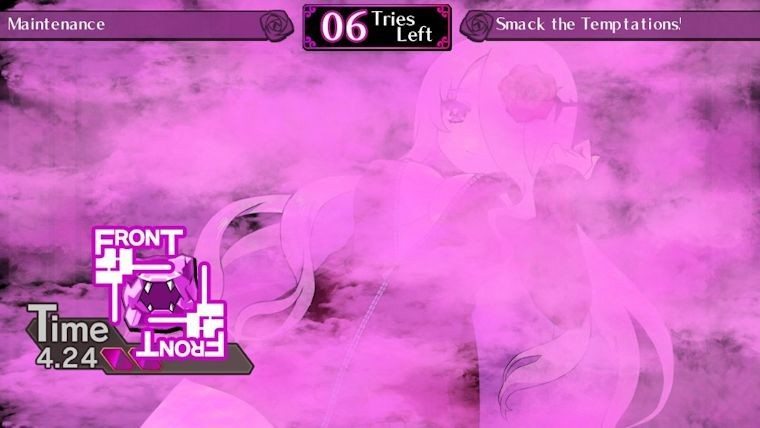 The motivation mini-games vary by the stage in Criminal Girls: Invitation Only, with the first involving  spanking the girls with a whip and later offering the ability to shock or tickle them for “motivation.” For each level reached XP wise in these games, new moves and stat upgrades will be unlocked that are very important to survive the grueling battles that this game can offer. These mini-games by themselves can actually be kind of fun, as they utilize not only the front touchscreen but also the back touchpad on the Vita. This feature is not used to its full advantage in many games, so it is great to see a developer making use of the PS Vita’s control capabilities.

The biggest problem with the mini-games is that they can feel incredibly awkward to participate in, with the aforementioned spanking and shocking being two very good examples. In fact, the US version is censored beyond just the name, with moaning and sounds from the girls being removed and replaced with music. Also, with the girls being in more sexualized poses and skimpier clothing for fan service purposes, NIS American chose to add in layers of pink fog that somewhat disappear the higher in levels that you get. However, this decision almost makes it feel like a cheap flash game you would find online and doesn’t hide much in the long run, as the shocking and tickling is never actually shown regardless. The removal of sounds from the girls was somewhat understandable, but the fog addition is pretty baffling overall with other games like the Senran Kagura series showing just that without such censorship.

Upon unlocking the previously mentioned moves and abilities, players will be thrown right into the dungeon crawler style that Criminal Girls: Invitation Only revolves around. While offering some 3D environments to move around, the characters themselves are only 2D sprites on the overworld screen. The battles also do not break any boundaries graphically, with simple sprites for the characters and enemies being used throughout. 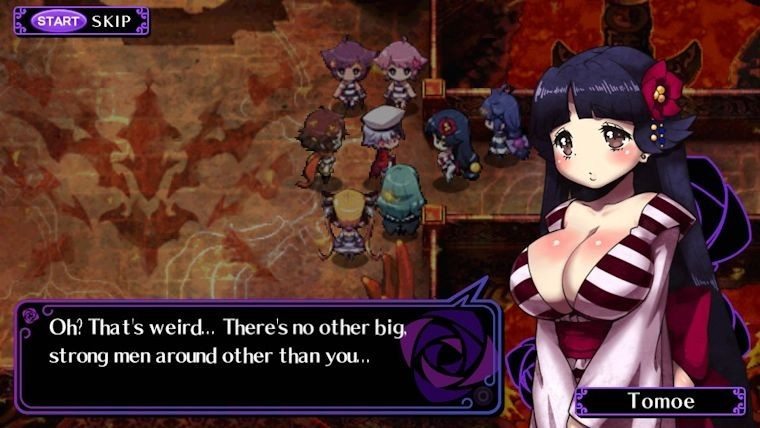 The battles typically come as a result of random encounters on the map, though sometimes there are enemies on the screen that one will be chasing for a specific task. At the beginning of Criminal Girls: Invitation Only, the combat is incredibly frustrating and can easily turn players off from the game entirely. The various characters each have a basic type of attack that is unlocked through the motivation segments, but stronger skills can also be unlocked soon after. The problem is that rather than being able to choose a move each turn, it is up to the individual girls themselves to choose what they want to do, with you only able to decide which one of the four to use.

There may be a case of all four wanting to just do a basic attack, with the ability to only attack with two at a time until later in the game when it increases to three and four. There are even times when one of the girls will not offer a move at all for a given turn. One would think this would get even more convoluted as more and stronger abilities are added, but oddly that is not the case.

After playing through a level or two of the game and leveling up each girl well enough, you will begin to notice patterns that come as a result of the AI improving drastically. For example, the fire enemies are very weak to ice attacks, which usually means Alice will offer her ice attacks at just the right time to start the battles against such opponents. Also, healers like Yuko manage to offer healing moves when they are very needed, which was a major concern early in the game when it felt much more random. Once these moves start to be more prominent, the game becomes about prediction and skill rather than strictly luck, as it did early on. Even better, later in the game you will unlock new abilities like Auto Venom and Auto Heal that make battles even more efficient.

As can be common with many others in the RPG genre, grinding is almost a requirement to advance further in the game. The basic battles fought while going through each floor will likely allow the player to make it to the boss itself, but defeating the various bosses will require much more preparation. At first, the grinding can be rather annoying and tedious, but the addition of Sako’s Shout ability greatly improves the situation and can make grinding for levels insanely addicting. 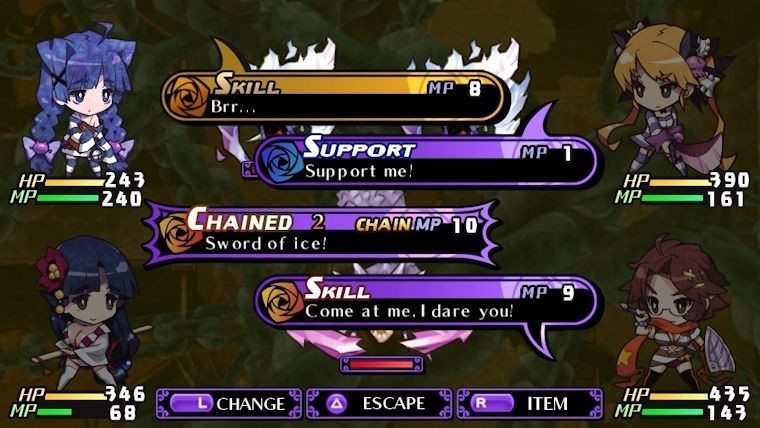 The inclusion of Girl’s Wishes are very useful as well, offering rewards like less MP required for skills and less CM required to play the motivation mini-games. These not only help with leveling up and getting stronger, but they allow the girls themselves to display a little more personality through their wishes in the game. Some are quite odd, such as Tomoe wanting some antiperspirant, so she can avoid stinking while down in Hell, but they are decent little sidequests that offer something a little different at times in the game.

Criminal Girls: Invitation Only is a very outlandish dungeon crawler that surprisingly made its way to the US in the first place. While featuring very frustrating gameplay at first, with little input from the player, the game massively improves after patterns begin to arise that allow for a very addicting experience. The motivation mini-games are well designed and can be fun, but the overall awkwardness of what you are doing can turn a lot of players away. Criminal Girls: Invitation Only is definitely far from the best RPG on the PS Vita, but it manages to grow into a serviceable game that can provide plenty of hours of fun on the go, though the motivation segments might be best kept for play at home only.