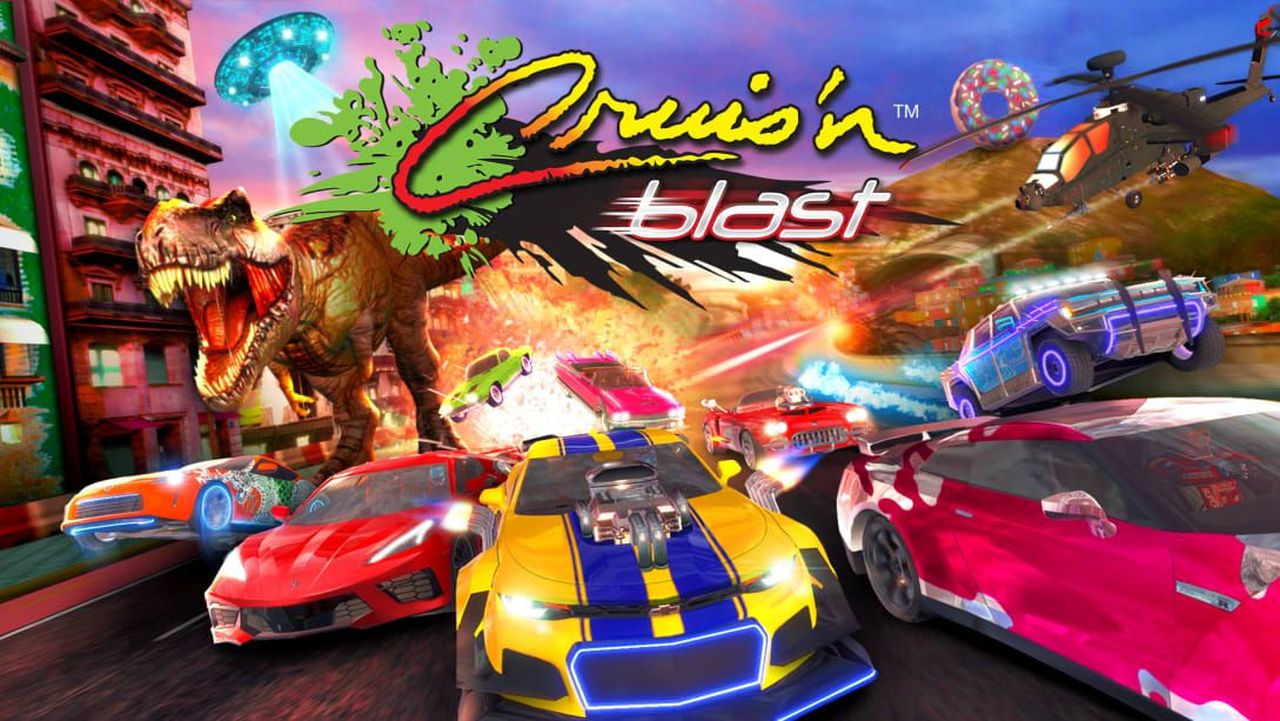 Remember walking into a Shakey’s, Chuck E. Cheese, a family arcade, or even the local bowling alley that had those racing games with the red car and dance music? Remember playing those games and feeling so cool driving through several different locales around the world and just wreaking total havoc on the streets? Well, now we can relive that same experience in Cruis’n Blast, but with the madness turned up to 11.

Cruis’n Blast was originally an arcade exclusive from 2017, but has since then been ported to the Nintendo Switch this year. This is the fourth installment of the Cruis’n franchise. There hasn’t been a proper Cruis’n game since 1999, so 22 years later (or technically 18 if you count arcade), here it is in all of its wacky, arcade glory. 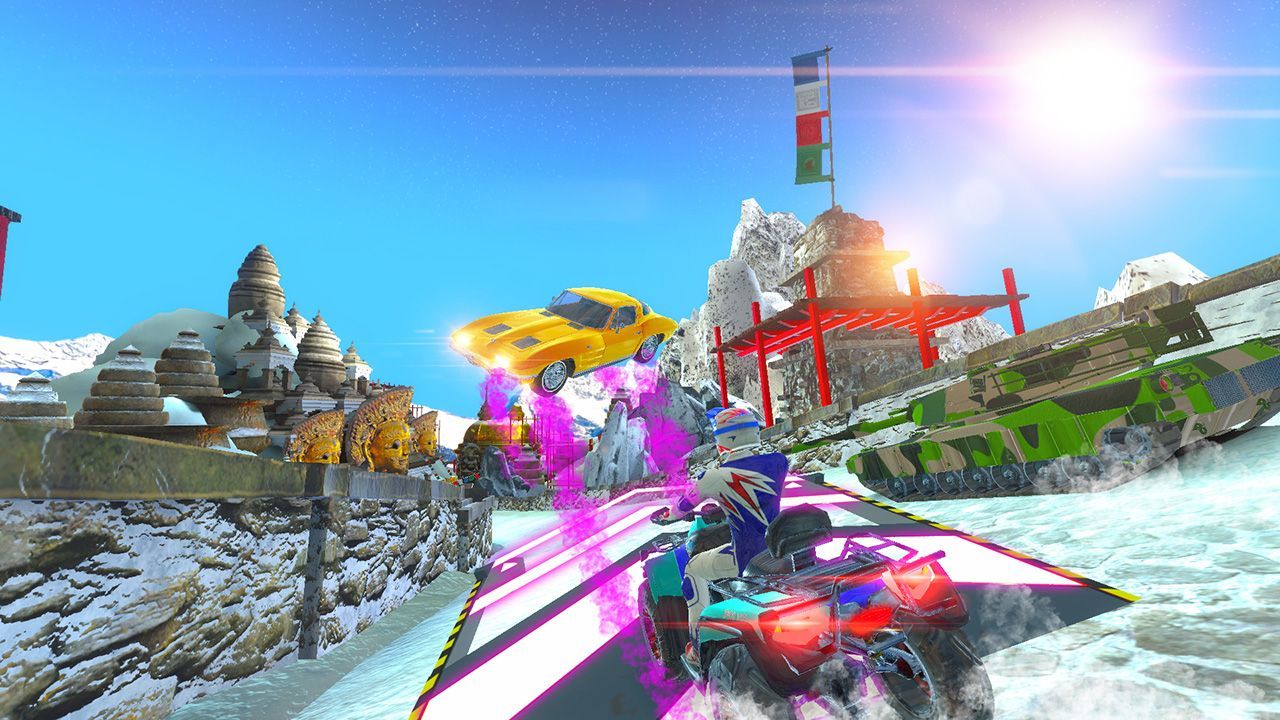 Cruis’n Blast takes the formula of the popular arcade racing franchise and provides a thrilling ride with almost no downtime in between races. It’s a game that prides itself in how absurd its levels and mechanics are, and this is its greatest strength. Remember in the old days playing the previous games and driving on the Great Wall of China or through the London Bridge in England and thinking, “wow, I’m literally driving recklessly with other people through these iconic landscapes”?

That sentiment still holds true oh so well in Cruis’n Blast. Everything is much more vibrant and hectic. You’ll travel through locales with dynamic environments where things like attack helicopters, literal dinosaurs, and UFOs come in and alter the tracks. One second, you’re driving down a highway on Death Valley. The very next, a tornado starts to form, destroying a lot of the track ahead of you! Finally, the ground beneath you collapses, so you have to make this epic jump across the newly formed chasm. 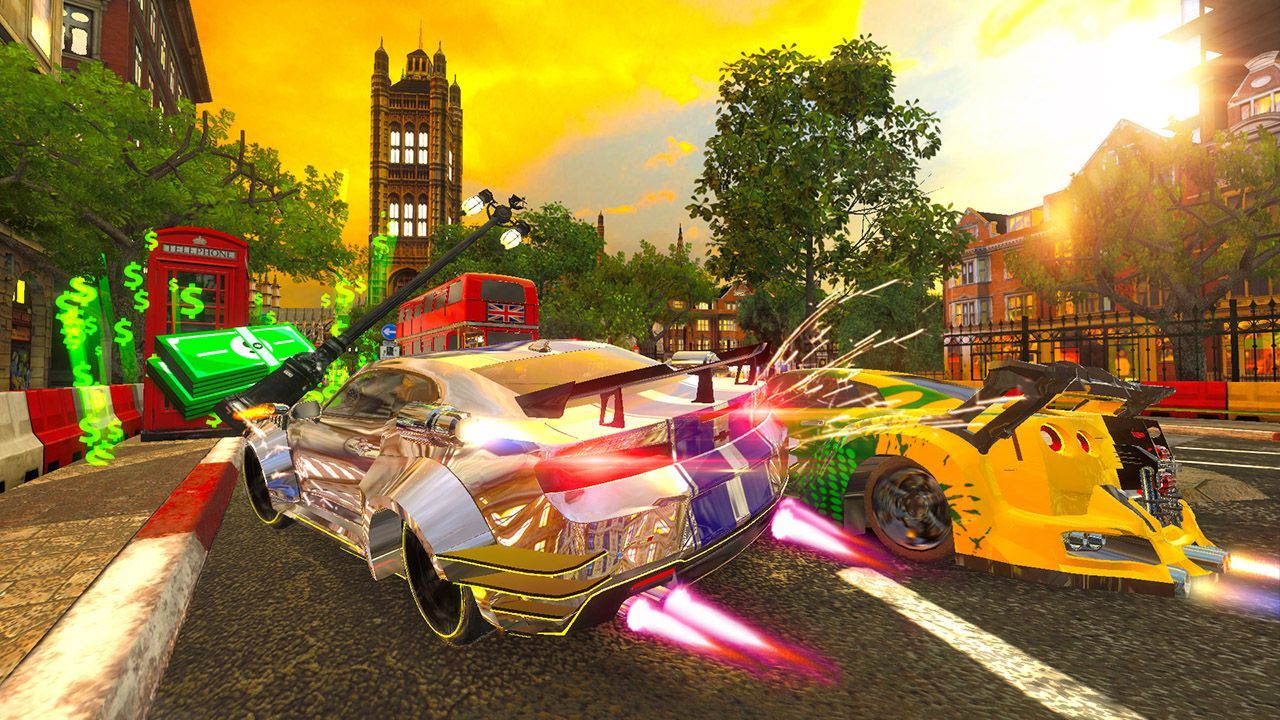 Raw Thrills really stays true to their name in creating this game. The high stakes never even see anything below that when racing across these 29 tracks — five of which are from the arcade version of Cruis’n Blast.

The tracks in this game, while seeming rather similar in between cups, are unique enough when it comes down to the themes. To not spoil the tracks too much, there is an “Escape Tour” cup where cops will come in to interrupt your race, creating so much more tension and a disturbance in your quest for first place.

This game is also a Nintendo Switch exclusive, so another big question is: how does it run? Cruis’n Blast runs very smoothly both in docked and handheld mode. Despite how many things are going on at once, the performance barely hitches or drops in frames. The colors are vibrant, the worlds have detail, and the cars are extremely fast. This port is well-optimized for hardware that is quickly aging. Kudos to the team for creating a well-performing port. 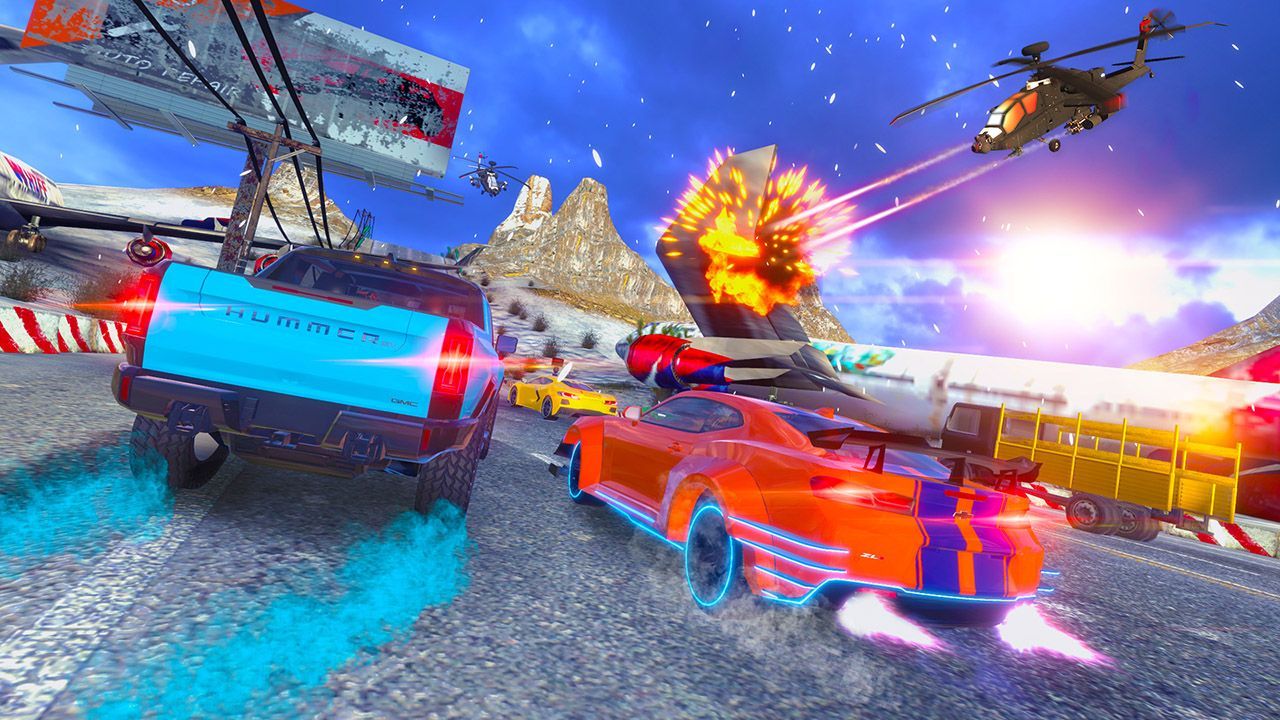 Cruis’n Blast is the perfect kind of game on the Switch too. It’s the arcade throwback that goes hand-in-hand with the portability aspect. You can just drop in quickly to complete a few races, time trials, or cups and call it a day. The loading times are superb. This is the kind of game that doesn’t require so much commitment either.

This game has the kind of standard modes you’d see in a racing game like a single player grand prix mode which is called Cruis’n Tour. There are four difficulties that get progressively harder with unlockables as incentives. Cruis’n Blast also offers more incentives like finding the three golden keys throughout each track. Collecting these keys unlocks new vehicles.

Speaking of the vehicles, though, this game has a very unique list of rides to choose from. You have some conventional vehicles like a Corvette Stingray, Nissan 370Z, GT-R, or Cadillac. After playing for some time unlocking things, the selection goes weird. There are things like dinosaurs, F1 cars, stealth choppers, bikes, a firetruck, a UFO and so much more as actual driveable rides. There are many more whimsical and wacky rides to choose from. 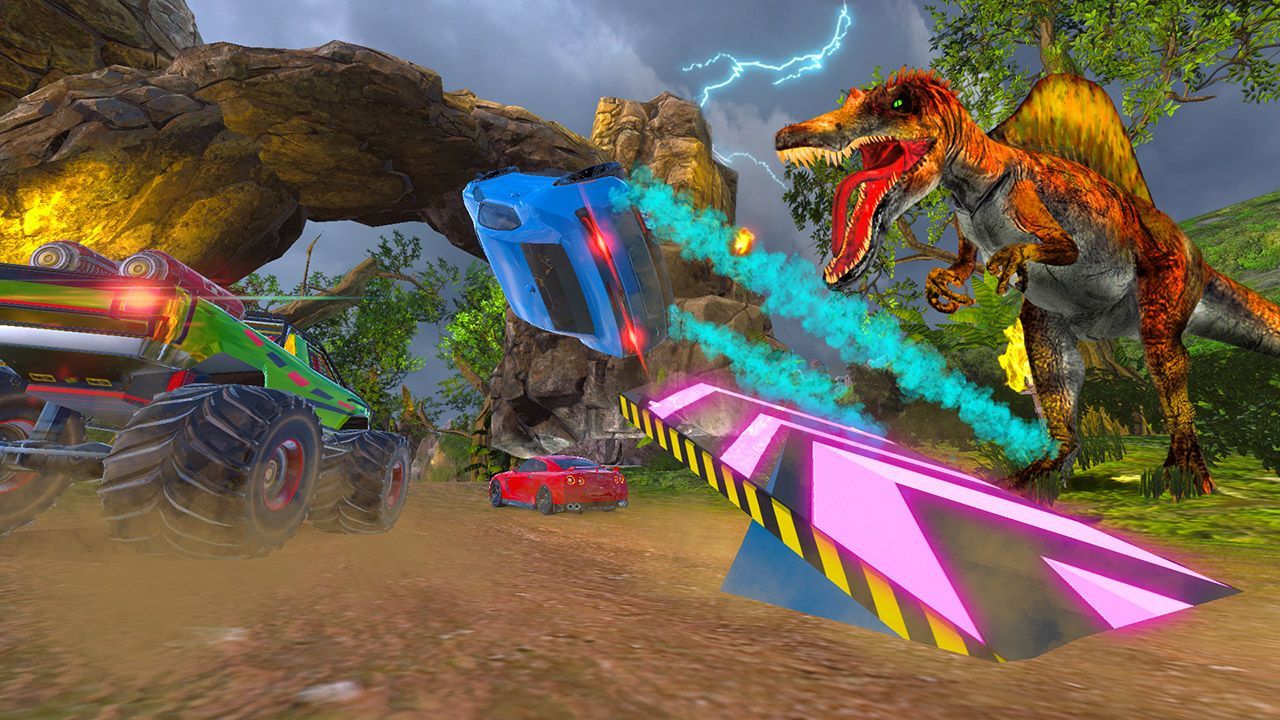 The only real downside to this game is that it doesn’t have all that much extra content outside of finishing the cups, collecting the keys, and getting all the vehicles. There are no time trial incentives like competing with people around the world or staff ghosts. Cruis’n Blast also doesn’t have an online multiplayer, so the only multiplayer this game offers is local or wireless play.

Cruis’n Blast is as arcade-y as an arcade racer can be. It has the high thrills and high stakes that are so over the top, but that’s the charm of the Cruis’n series. It doesn’t require so much setup to just get a few races in. If you are itching for wild thrills and quick rides, this is the perfect pickup.