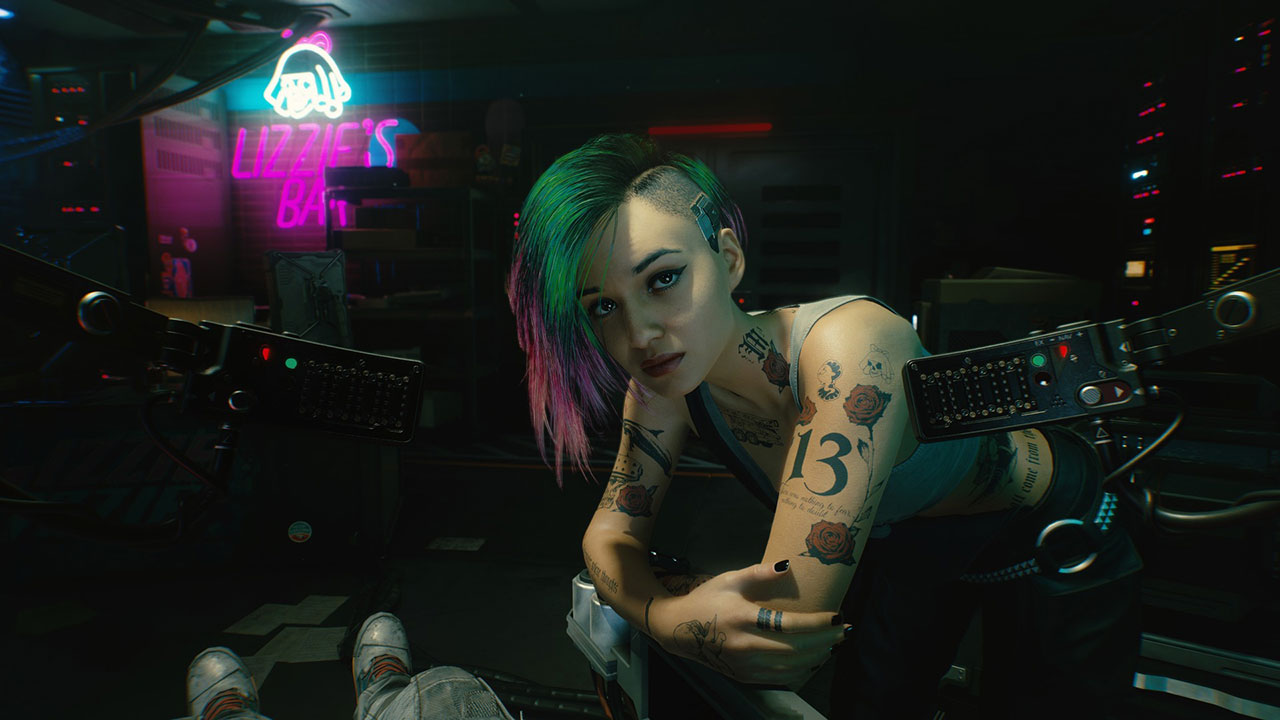 There’s something wrong with Cyberpunk 2077.  It has the distinct feel of a game that had to be released, irrespective of the issues that it had.  For those that haven’t been following along, this game has been in development for quite some time.  It’s also been delayed numerous times.  And here we are, a game that has seemingly been being polished for months, has launched with a myriad of bugs and issues across every platform that it’s on, prompting purchasers to request refunds in mass.  It doesn’t help that this game may be the most hyped release in the last 5 years, perhaps longer.  The hype was strong even when it was just a screenshot and a logo.  It is Cyberpunk after all, the video game adaptation of Mike Pondsmith’s board game.  A setting that should be absolutely perfect for CDPR’s next role-playing game.

It’s hard to imagine another delay for the game, but it probably needed it

It’s such an incredibly high bar that was set for this game.  Even if the game was good, Cyberpunk 2077 would have a hard time meeting or exceeding these expectations.   The reality is that it’s not very good.  Depending on what platform you’re playing it on, it’s objectively bad and borderline unplayable.  If you’re trying to play this on a PlayStation 4, congratulations you’re playing on a potato.  If you’re here reading this review and are debating buying it for yourself or someone for the upcoming holidays, do yourself a favor and hold off until patches for those legacy platforms hit.  The newer systems aren’t quite as bad on the performance end of things, the more powerful your machine the better it looks and plays.

CD Projekt Red are exceptional story-tellers though, especially when it comes to telling someone else’s story, digitally. The Witcher 3 was carried almost entirely by conversation trees and side quests and was largely regarded as the game of the year in 2015.  Like that game, the gameplay and narrative of Cyberpunk 2077 stand at odds with one another.  Almost as if it’s the CDPR stamp of development, Cyberpunk 2077 tells an engrossing story, introduces you to plenty of interesting characters, and yet it fails to make the game engaging when it comes to gameplay itself, leaving it feeling run of the mill for an open world or role playing game.  It does very little that it owns whole cloth, offering something that feels like a patchwork of cobbled together systems from other popular game franchises.  (Sorry, those will be my only two quilt making references for the entire review)  Whether it’s combat, puzzle solving, exploration, or anything outside of the relationships and conversations between characters, Cyberpunk 2077 feels shallow and uninspired, albeit gorgeous. What it does well goes quite far in redeeming those other features.  Great conversations, interesting side quests, and a decent main path make the game enjoyable at times.  It’s one of the only games (like The Witcher 3) where it’s fun to exhaust every dialogue option that you can in each and every conversation.  The trick of enveloping you in this world is pulled off well when you’re just taking in the sights and sounds of Night City, talking to its citizens or watching the oddities stroll up and down the street. As it is in a CDPR game, the good stuff is off the beaten path.  That means that side quests will hold some of the best of this world building and flavor that you’re looking for.

Cyberpunk 2077 is also an impressive next-gen showcase when it comes to visuals.  Even if that next-generation you’re talking about is actually the next-generation in graphics cards that you can put in a high-end PC.  It’s hard to recommend playing Cyberpunk on anything but the latest and greatest of PC hardware.  Our review started on the PlayStation 4, then moved to the PS5, at which point we moved to PC to see the absolute best it had to offer and give it the fairest shake we possibly could.  We touched on this above, but we are technically reviewing the PC version of the game.  However, if you’re looking to play this game while only having the PS4 or PS4 Pro, you should probably wait.  While the PS4 Pro version is a little better than the former, it’s not a good game on those legacy platforms.  That lack of optimization is found across all platforms though, even on the shiny PC version with all the bells and whistles turned-on, Cyberpunk 2077 is buggy and it’s hard to imagine a playthrough without encountering something game breaking, or at least something that contributes to your disbelief in the fantasy of this world.  Even though the game is an ambitious open world, the sheer lack of polish can be jarring at times easily putting it on the level of something like Fallout or Skyrim when it comes to bugs and visual oddities.  With game breaking and sometimes progress thwarting issues cropping up in the game, loveable jank this is not.  Cyberpunk 2077 has the feeling of a game that just couldn’t be delayed again, regardless of how many bugs lay in wait for unsuspecting fans.

There are some true moments of beauty in this game

Nothing terribly special to look at on the PlayStation consoles, the PC version running on the RTX 3090 is definitely a sight to behold.  I don’t think there’s been a better showcase for the ray-tracing capabilities of the Nvidia graphics cards than this game.  While you’re only going to squeak out 60 frames with all of these GPU intensive features turned on, the results are nothing short of amazing.  Cyberpunk 2077 is nothing if not atmospheric and there are some true moments of beauty in this game between the bizarre bugs that you’ll encounter. While bugs and other issues, like unoptimized versions of the game, can be fixed with patches down the line, what can’t be fixed is a lack of diversity in the missions of the game and the sheer fact that most of the worthwhile stuff is tucked away in side missions.  This itself isn’t a huge surprise considering the structure of The Witcher 3, but it also means that many folks won’t ever see it.  A rather pedestrian, though enjoyable, main path, skin deep customization/progression options, a cumbersome inventory system and uninspired core combat systems cement this game’s mediocrity.

Even hours after the game lays itself bare for you, which takes quite some time to get to, you have the feeling that something is being held back.  That secret sauce that should make an average game great, but it never comes.  Combat never feels all that great, regardless of which type of character you choose to create through the usage of your upgrade points.  Theoretically there are numerous ways to play the game, but situations that you encounter don’t really offer much reason to play to those strengths  It all feels somewhat pre-determined and linear.  While the world is beautiful, thought provoking, and just begging to be explored, it’s plainly obvious that this was meant to be a guided tour and not the sandbox experience that game’s like this can be.  That’s fine, even if they weren’t going for a sandbox style game, the blueprint for a dynamic open world game was laid down by Rockstar just a couple of years ago with Red Dead Redemption 2.  Cyberpunk 2077 just doesn’t have any of that magic that makes the world come alive and in comparison to contemporaries, it feels antiquated.

It feels antiquated in its cumbersome menus.  It feels antiquated in the number of bugs and visual oddities that you’ll come across.  Outside of some great characters that have some fantastic writing and voice-over work behind them and some really impressive next-gen visuals on PC the game never sets its hook with a gameplay loop.  The gunplay and melee combat is simply middling at the very best.  Same goes with the driving.  It feels average in each thing it tries, trying to be too much for too many, and in the process becoming something for noone to enjoy.  Cyberpunk 2077 doesn’t have a single thing to hang its hat on in the gameplay department that hasn’t been better done in more focused games.  Cyberpunk 2077 is the opposite of what it should be, ironically.  It caters to as many people as possible with what feels like a very dumbed down and homogenous set of systems and gameplay ideas.

Cyberpunk 2077 will ultimately be optimized for every platform and the major bugs will likely be squashed, but its real problems will remain.  A lack of gameplay and systems that matter leave the game feeling uninspired, even if some of the conversations and characters in this world are the best we’ve seen in quite some time.