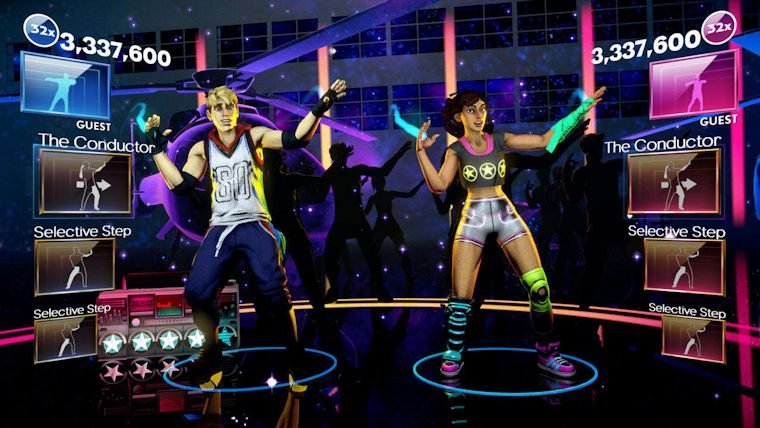 Prior to the last generation of gaming, motion gaming was mostly a bomb, with mass failures like the Power Glove never managing to take off. However, everything changed when the Nintendo Wii was launched and brought motion gaming into the mainstream. This led to Microsoft’s jumping onto the motion gaming bandwagon with their own invention known as the  Kinect, but this time we were able to play completely free of a controller. When this peripheral launched back in 2010, one of the Kinect launch titles was Dance Central from Harmonix, who knew the musical game genre rather well with their Rock Band series of games.

While similar to the Just Dance series that debuted the year prior, Dance Central managed to improve on almost every aspect of it. Harmonix followed up on this release with Dance Central 2 the following year and Dance Central 3 the year after that in 2012. However, the series took a break in 2013, with no new release to show off the brand new Kinect 2.0 that bundled with every Xbox One at the time. Now, the wait is finally over as the latest game in the series has released for Xbox One known as Dance Central Spotlight, but there are some major changes this time around.

As soon as you fire up the game, Dance Central Spotlight will help you learn the ropes, which is useful even if you have played a Dance Central game before. A few basic moves are taught and you are able to calibrate your Kinect. One of the best aspects of this game is the much reduced floorspace required to play compared to the originals on Xbox 360. It was extremely difficult for me to play the original games in my current room setup with my original Kinect on Xbox 360, but I was able to do it here with ease in what I’d consider fairly limited floorspace. The in-game calibrations detect what is useable floorspace and then goes from there, which is a great help with this kind of game.

The Kinect itself works extremely well in-game with Dance Central Spotlight.  The Kinect for Xbox 360 had its issues at times on responsiveness, but this one works to near perfection when dancing, which greatly enhances the overall experience.

Once you get past the calibration and tutorial, you will be faced with the extremely basic, but effective home screen. From here you will have three options: fitness, a recommended song pick, and songs. Unlike the previous games, there is no single player “story mode” or anything in the game, but rather a streamlined experience as seen by the main menu with only these three options.

The fitness mode is perfect for those looking to use the game as a weight loss tool. You have the option to choose from eight different duration times: 10 minutes, 15 minutes, 20 minutes, 25 minutes, 30 minutes, 45 minutes, 60 minutes, and 90 minutes. For instance, if you choose 10 minutes, it will pick four songs or so that may last a little longer, so the times are rough estimates based on the songs it chooses. You also have the option to choose by routine, which includes 10 routines based on the difficulty, or other options such as cardio or strength. You also have the option to enter you height and weight to more accurately calculate how many calories you are burning in each workout.  This was probably my favorite overall part of the game as it’s an excellent addition to any exercise regime and is a lot of fun, especially if you buy extra songs for it.

Dance Central Spotlight features a rather solid lineup of 10 songs.  Within that selection, a variety of genres are found. You have the excellent beats of David Guetta mixed with Sia’s fantastic vocals on Titanium, while you also have Pharrell’s extremely upbeat Happy, along with Jason Derulo’s Talk Dirty. These are only three of the seven, but overall you cannot be disappointed, especially for the price.

Rather than feel like a full game, Dance Central Spotlight seems like a hub for all of your dancing needs. The $9.99 cost will get you the aforementioned 10 songs, each with eight routines to play after unlocking them fully, but from there you can purchase a number of other songs to expand your Dance Central Spotlight experience. This includes a ton of downloadable songs that span the decades, including as far back as a-ha’s Take On Me and the B-52’s Love Shack to as recent of songs as Ariana Grande’s Problem and Maroon 5’s Maps. 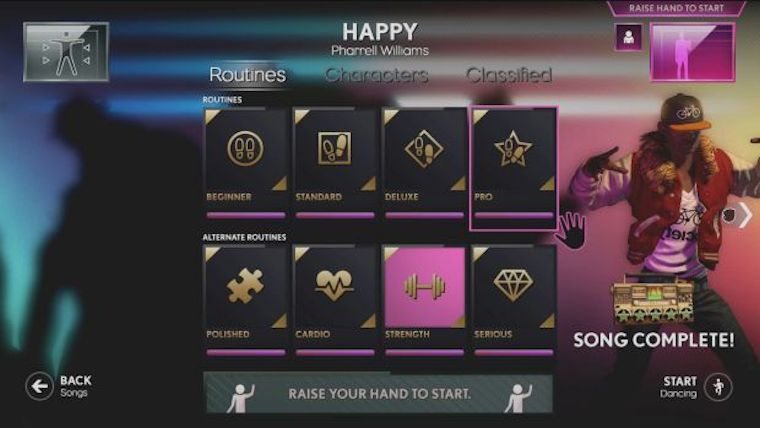 Each downloadable song comes in at $1.99, with a few 2-song packs also available for $3.49 such as the Calvin Harris DLC pack. There are also a list of 25 songs that were available as DLC on the original games for Xbox 360.  If you’ve downloaded them prior, you can download them at no cost on Dance Central Spotlight.  The only really disappointing aspect is that you cannot export the songs from the disc of the previous Dance Central releases, as you could do with the others. I really do hope that there is a way to implement that feature with Rock Band once Harmonix sees fit to revive that series.

Dance Central Spotlight is a rather simple, but effective return to the series for Harmonix. It certainly isn’t the grand experience that we saw with past entries in the series, but it’s possibly the future formula we’ll see for games in this genre. The very basic hub setting for the game allows you to get from the Xbox One dashboard to a song in mere seconds. This can be a good thing, but it would have been nice to have maybe one single player mode that wasn’t fitness or the basic dancing. There are only 10 songs to choose from without buying DLC, but the different genres in the bunch will help almost anybody find a song they can enjoy. For only $9.99, you really can’t go wrong with Dance Central Spotlight if you like dance games or are looking for a great party game, as it’s one of the first games for the system to truly make the Kinect 2.0 worth having.