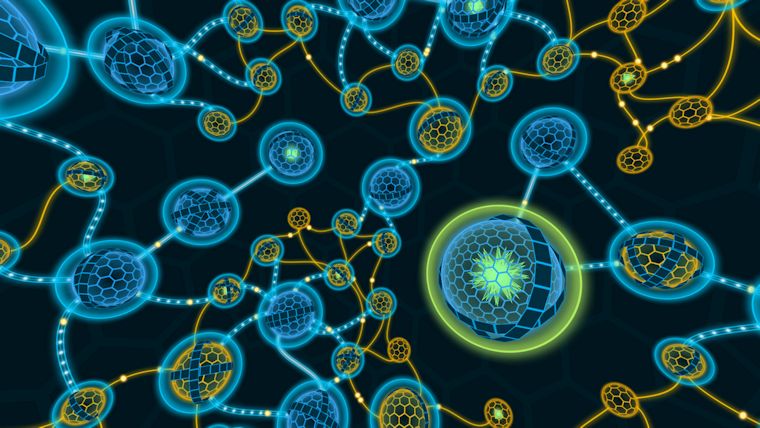 2016 will go down as the year that VR gaming really started to take off and that’s likely attributable to the release of PlayStation VR. There are some games that have been developed explicitly for Virtual Reality and wouldn’t be possible otherwise, while some have bits of VR integration.  One of the latest examples of the latter is the new PSVR hacking sim known as Darknet.

Darknet puts you in the role of an elite hacker that is contracted to extract data from various networks. This may sound like it could be quite complicated, but the actual gameplay is pretty simple. Depending on what hacking job you have taken on, you will enter into an area with a web of nodes just waiting to be hacked, though they are all pretty similar.

There are different levels of protection on the nodes, with the most basic just being orange and are the ones you definitely want to target first. There are also others you will likely need to wait on for a bit. After selecting a node, you will find a grid of many smaller nodes, which include a large yellow center and a varying number of blue nodes. Your goal is to inject a virus into one of the blue nodes that will then expand and take over the yellow center, which means you have captured it. Injecting the virus is simply done by aiming your DualShock 4, as PlayStation Move controllers are not usable in this game, and pressing X when the node is highlighted. 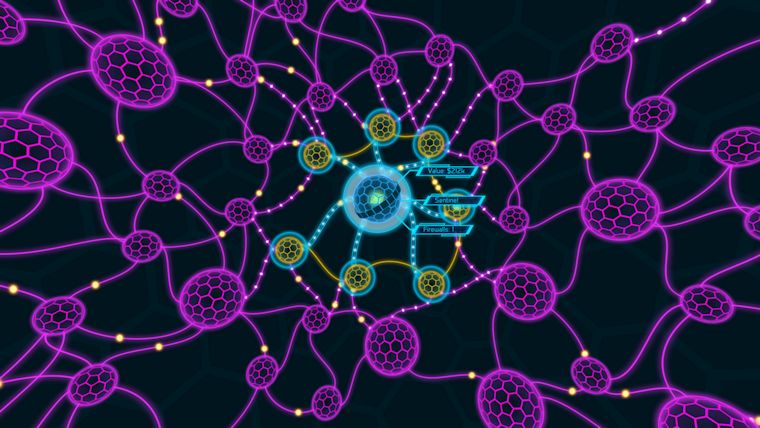 From the very beginning, you simply have one virus that you can inject, which means you have very limited options for how to tackle many of these. Upon injecting a virus into one of the blue nodes, it will expand one node in all directions, but if it hits another blue node, it will essentially be cancelled out. As a result, you have to find just the right ways to capture these nodes, which thankfully gets easier as you can purchase more viruses. For every full node you hack, you will earn cash, some offering much more than others. With this money, you can then purchase additional viruses that permanently add to your virus total for that specific “round,” as well as other temporary use items. What can be a little disappointing is that you lose all progress when you move onto a new hack entirely, starting you at ground zero each time.

After you start to purchase further viruses, you will have a lot more options in how you handle your hacking in Darknet. If you have two more viruses, you can inject as many as you would like at a time, ranging from one to the maximum number that you have. Certain puzzles will require you to do just one at a time, while others will need multiple to avoid activating a nearby node. You will fail many times at first more than likely, but thankfully you can reset each puzzle very quickly with the press of a button.

Beyond the basic nodes, there are also shielded ones that see an uptick in difficulty. But by hacking nearby nodes, you can cause some of the blue nodes to be removed from the grid, thus making it easier. Taking it a step further, there are also revolving rings that are found in some that have many unhacked surrounding nodes protecting it. You can technically take these on while they are at full strength, but it is definitely recommended that you weaken them. Ones that have these rings have protection around the yellow center, which adds another layer of strategy to the puzzle solving. 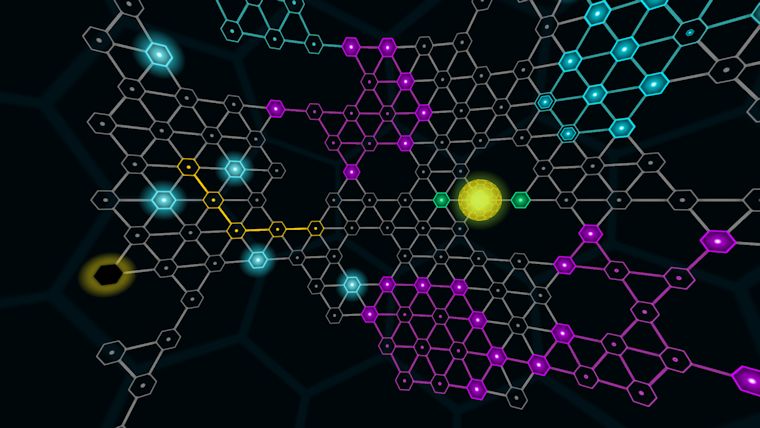 Darknet also features varying size nodes for you to hack, with the larger ones featuring much more spread out grids that require a lot more planning to take down. What is really neat about the game though is that you can choose to try to take on some of these are early as you want. Some players will try to earn more money to get more viruses, as well as remove some of the shields to weaken it, but you can also go in there and potentially beat it much earlier as well. The first time through trying to hack the main root node lets you take your time, but a lot of the game’s difficulty comes after that when a time limited is implemented.

There are a number of hacking different jobs that you can take on in Darknet, which are separated by the difficulty level. The time you have to get through the nodes and hack the main root is the most difficult part, as trial and error could get you through most any puzzle otherwise. The fact that you have to go through these at a rapid pace, which might limit the number of items you can purchase due to lack of funds definitely elevates the game’s difficulty just enough to where it feels like a challenge at times.

While the time limit does add an intensity to the game that can be exciting for a little while, that doesn’t stop the game from starting to feel very repetitive at times. Each job features a ton of nodes for you to possibly hack, with the easy ones feeling very tedious after awhile. The game does offer other items for you to purchase, such as the Hydra that automatically hacks unshielded nearby nodes, which does alleviate this a bit. However, you still can’t help but begin to get a little tired of the same old gameplay if you’re playing for awhile. 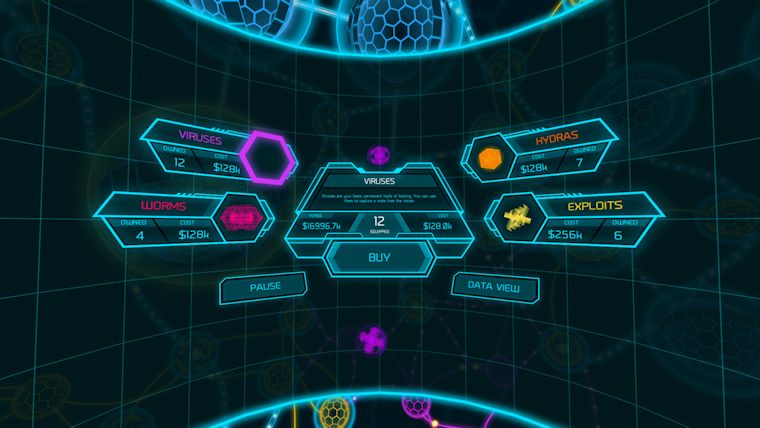 One of the only major issues with Darknet’s performance is the headtracking at times. Unlike many PSVR games, Darknet is the type of game you can just sit down and play and it will work well most of the time. Rather than being able to center the screen though, you can only spin the screen towards or away from you. In addition, there were times where you must select a certain node on the bottom of the screen in a larger puzzle and getting to and selecting that node is very difficult due to the controller not being picked up. These can be very frustrating at times, but certainly aren’t gamebreaking, as they can be overcome eventually.

VR exclusive titles typically have a defining characteristic that shows why it is only available on that platform, but Darknet goes against that trend. With its main feature being unique puzzle gameplay that can truly get difficult at times due to the implementation of a time limit, the game is quite entertaining most of the time. However, for those looking for the next game to really show off your PSVR headset to friends, Darknet is not going to fit that bill.