The latest news in the world of video games at Attack of the Fanboy
Updated November 26th, 2018 by William Schwartz 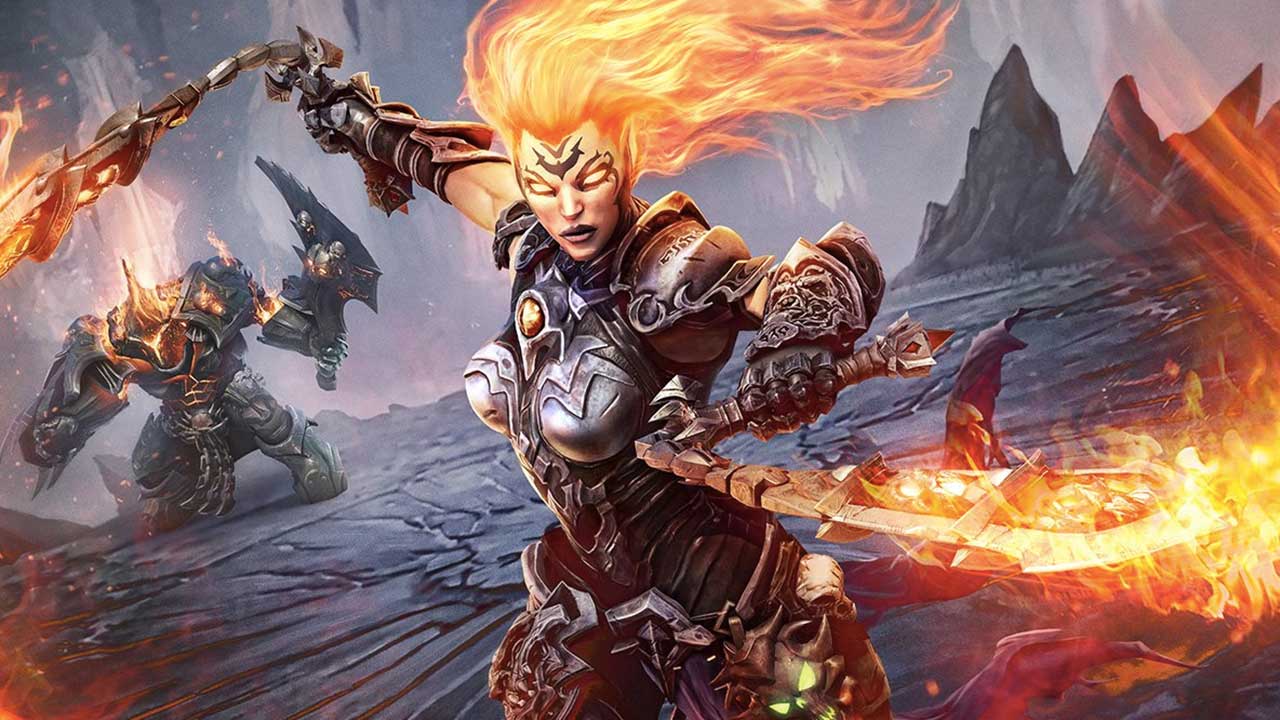 When THQ collapsed it was unclear whether the Darksiders franchise would continue.  After a couple of outings that saw positive critical reception due to the bedrock of the game being a good mix of puzzle dungeons that many likened to The Legend of Zelda, a beautiful art-style, and a decent combat system in Darksiders (2010) and Darksiders 2 (2012).   With Darksiders 3, only one of those things returns in what is the worst entry in the series.  Gone are the elaborate puzzles, combat feels like it has devolved, but it’s hard not to take in the sights and sounds of the game without being somewhat impressed.

In this third entry in the series players control Fury, like War and Death, she is another of the Horsemen of the Apocalypse.  She is on a quest to take down the Seven Deadly Sins.  The story continues down the path of the Charred Council, while introducing the Lord of the Hollows who bestows different powers on the horseman that are unlocked as you progress through the game on your quest to take down the sentient forms of Pride, Greed, Lust, Envy, Gluttony, Wrath, and Sloth across six different locales.  Darksiders 3 is still very much a hack and slash game, but there have been big changes made to the core structure of it that fans of the previous two titles may or may not like. 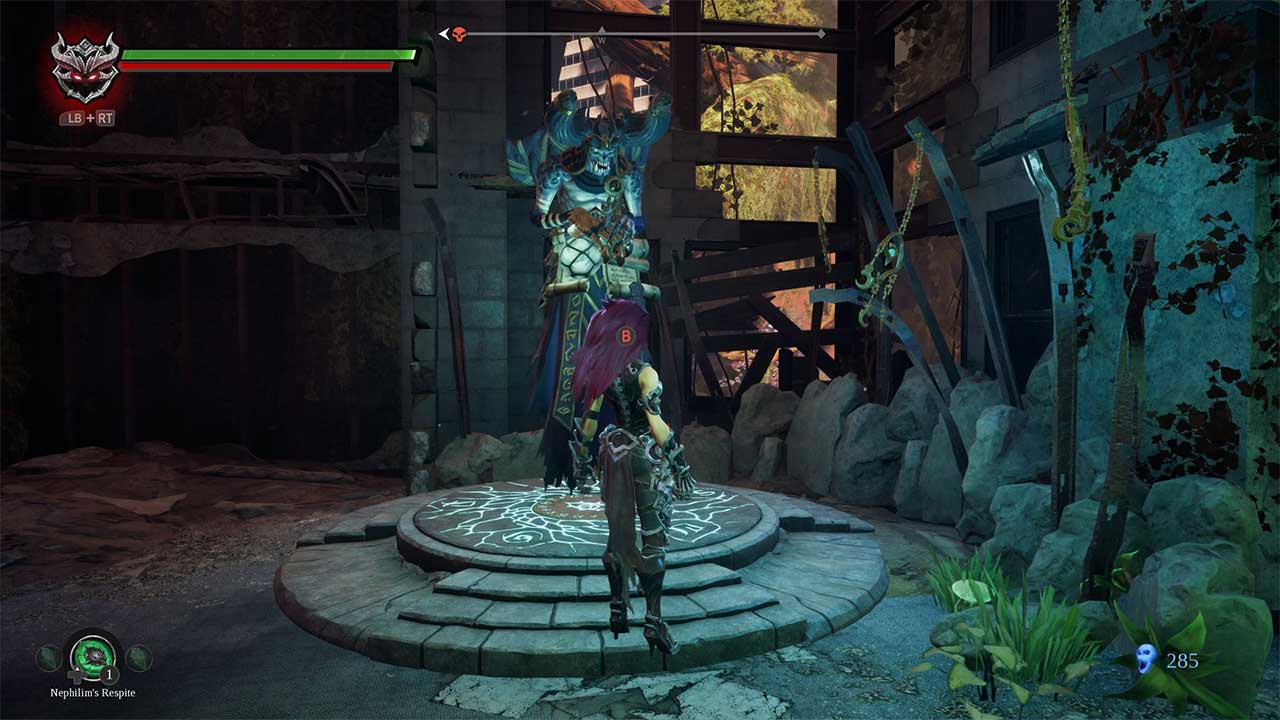 We can get a few things out of the way with Darksiders 3.  It’s a fantastic looking game.  The visual and audio presentation is absolutely top notch.  Like the previous two games in the series, it’s hard to be disappointed by the way that the game looks or sounds.  There’s plenty to praise in this aspect of it.  There are a ton of different enemy types that you’ll encounter in the game and they all look pretty great, from the grunt skeletons to the massive bosses and everything that you’ll fight in between.  The best of which are these big boss fights with the Seven Deadly Sins and some of the underbosses that are found throughout.  Darksiders 3 has a unique art style that stays true to the roots of the series.  The environments of Darksiders 3 are also quite nice to look at with a varying palette of colors that span these labyrinth-style locales.

A lot has changed from the original games to Darksiders 3 though.  This game trades in some of its own identity on the gameplay front to be something much different this time around.  Darksiders 3 does borrow heavily from Dark Souls. Comparisons can certainly be made to the progression systems of this game and the collection of souls, it even has you losing everything you’ve collected if you die. With a system that allows you to recover them if you can make it back to the spot of your death.  The game uses a checkpoint system that relies on your finding a demon named Vulgrim who will let you fast travel, level up, or buy and sell items.  It’s a bonfire.  All of these progression systems feels like they used the template from the popular series.  Certainly not bad stuff to borrow, but these systems alone are only part of what make the Souls games great.  They certainly don’t make Darksiders 3 feel great.  For Souls fans it will feel familiar, but that’s about it.  There are some core problems with Darksiders 3 that can make it feel downright awful at times, and a lot of that boils down to the combat. 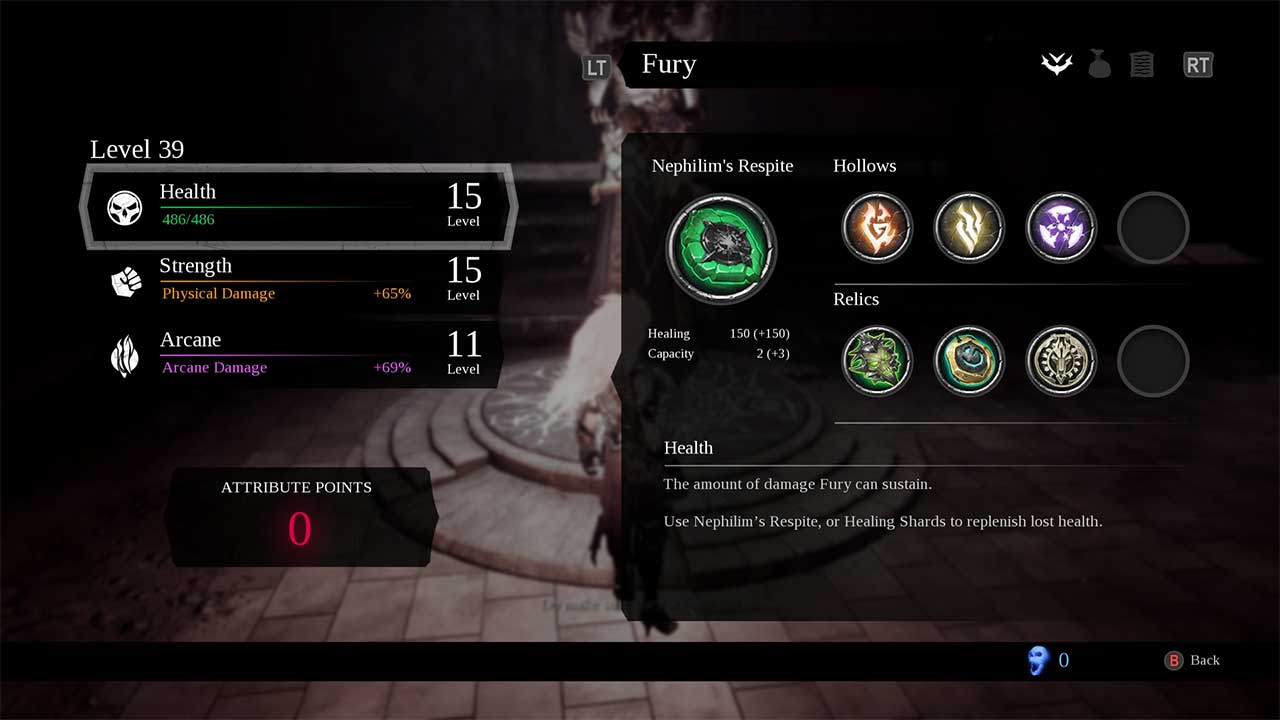 Being a hack and slash game, much of Darksiders 3 is fighting enemies and Fury is a capable warrior.  She’s got a whip as well as any of the Focus Attacks that she’s learned along the way which will let you use four other secondary weapons.  You can mix and match these different weapons on the fly by selecting a focus at any time and you can use a variety of different items that can bolster your abilities in combat.  Your main, actually your only, defensive technique is a dodge.  When executed perfectly, this dodge will slow time for just a second where you can land a powerful attack.  All of this works pretty well when you’re fighting an enemy one on one.  Problem is, you’re rarely just fighting one enemy.  You’re fighting 4-5 enemies and the game’s awful camera system that often has you unable to actually see what you’re doing.  You’re fighting with an inconsistent targeting system that works only when it wants to.  You’re fighting with a healing mechanic that was designed to only allow you to heal while you’re standing still in the middle of all this.  When you then top it all off with inconsistent frame rates and weird loading pauses, the combat can feel pretty awful more often than not. The exception is in the boss battles, when you are mostly fighting something one on one.  If the targeting system is working as expected it’s easier to utilize the dodging mechanic and play the game at its best… otherwise you’re mostly just spamming your dodge move hoping not to get juggled to death by 4-5 enemies that you may or may not be able to see.  It feels like some kind of blocking move would’ve improved the combat greatly.   I mean, if you’re going to take from the Souls series, why not go all the way and take the blocking and the stamina management as well.

Combat is just one part of the equation in Darksiders 3.  There is a heavy focus on exploration and on progression.  The hook to make you explore are Souls-like corpses found throughout the world that have items or large soul clusters that can be saved in your inventory and then brought to Vulgrim for redemption.  While beating enemies will also earn you souls, these are the points that you know are going to make it back for the level up.  You can then put these souls into three different categories for Arcane, Strength, and Health.  The Maker’s Forge does return as well, so you can upgrade your weapons as well as outfit them with Enchantments to give them unique powers.  The exploration aspect of Darksiders 3 is probably best described as Metroid-lite.  There is a little back tracking to do, but it’s mostly just to find power-ups or soul clusters rather than opening new areas as almost everything opens in a fairly linear fashion.  Though as you progress you’ll need to use the focus abilities that you learn to get past certain parts of a level.  They couldn’t be more clearly labeled and aren’t really up for interpretation.  You’ll need these abilities to open passage ways and use them as unique travel items that allow you to do things like roll along walls or reach ledges that you otherwise wouldn’t be able to.  Putting all of these force powers together towards the end of the game is actually pretty fun as you aren’t under the gun of real time combat. 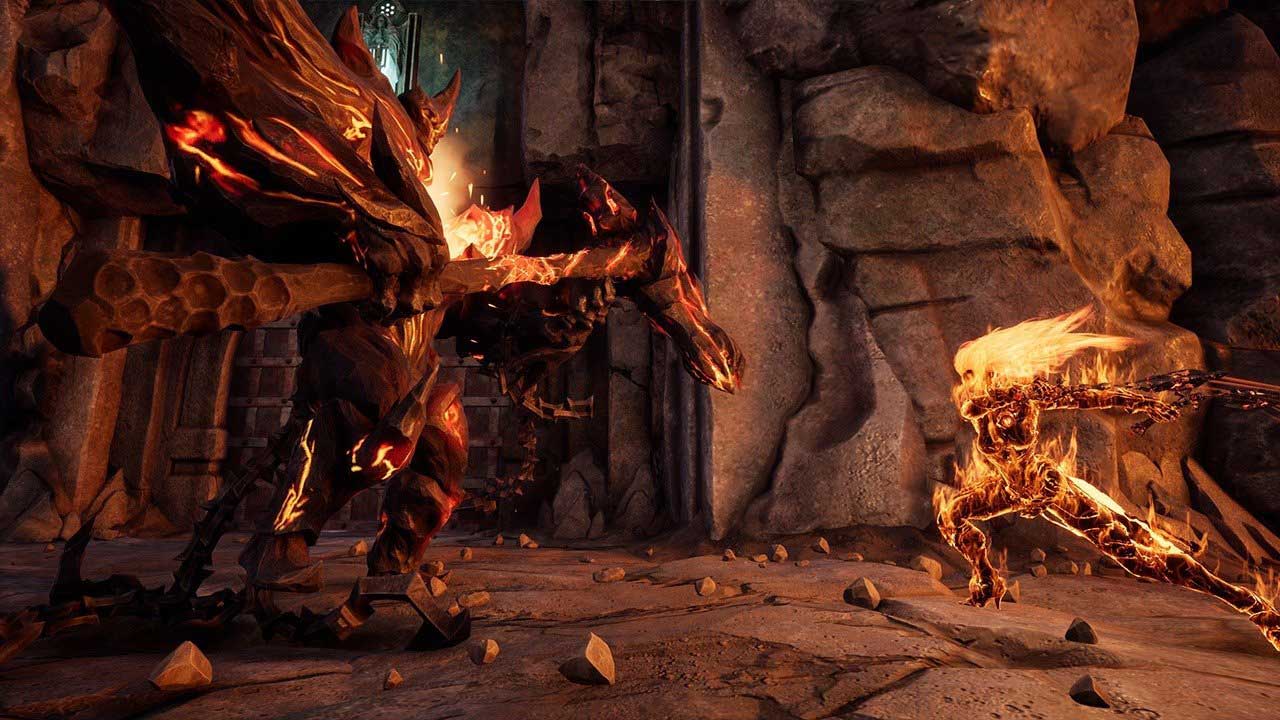 Even if Darksiders 3 was a perfect game when it comes to gameplay, the technical issues that we encountered during the review made us almost quit, regardless. We had multiple hard crashes on the Xbox One X, numerous times where we needed to close the application and restart the game.  One of these happened over and over, every time we died at a boss.  Instead of just reloading at the checkpoint the game would just freeze and need to be restarted every time we died to this specific boss.  Needless to say, it added a huge level of frustration in trying to play the game.  With it happening over and over again, it’s hard to imagine someone else not encountering the exact same thing.  While this isn’t necessarily a technical problem, the way that Darksiders 3 avoids load screens is to essentially to pause the game to load in textures and other level assets as they are needed.  So moving from one area to the next will almost always result in a pause.  Sometimes this is really short.  Sometimes this can be 20-30 seconds long.  Sometimes the actual assets don’t load in at all and you’ll just fall through the world and the game will crash.  If a fight goes between two rooms, you can find yourself in a situation where this will happen mid-battle.  Couple that with frame rates that are all over the place and the aforementioned combat problems and Darksiders 3 starts to feel pretty disappointing.

Big open world games that have issues like this can be somewhat understandable as they are these massive things.  Darksiders 3 isn’t that.  It’s more or less a linear story driven game.  The bugs are everywhere, the combat and camera angles can be horrendous at times, and the story isn’t engaging enough to make you want to put up with it.  Darksiders 3 ultimately feels like a game that just doesn’t live up to its potential, nor does it live up to the standard set by the previous games in the series.  As a fan of the series, it’s disappointing.  There just feels like there was a lack in any testing for the game before it went out to reviewers and unless there’s a big patch before it launches for everyone we’re assuming that other people will encounter the same things.

Darksiders 3 is a much different game than its predecessors.  The ideas here aren’t bad, so much as they are poorly executed.  There’s still an interesting story and great presentation to experience, but you’ll likely have to overlook the technical issues even if the core gameplay suits you.