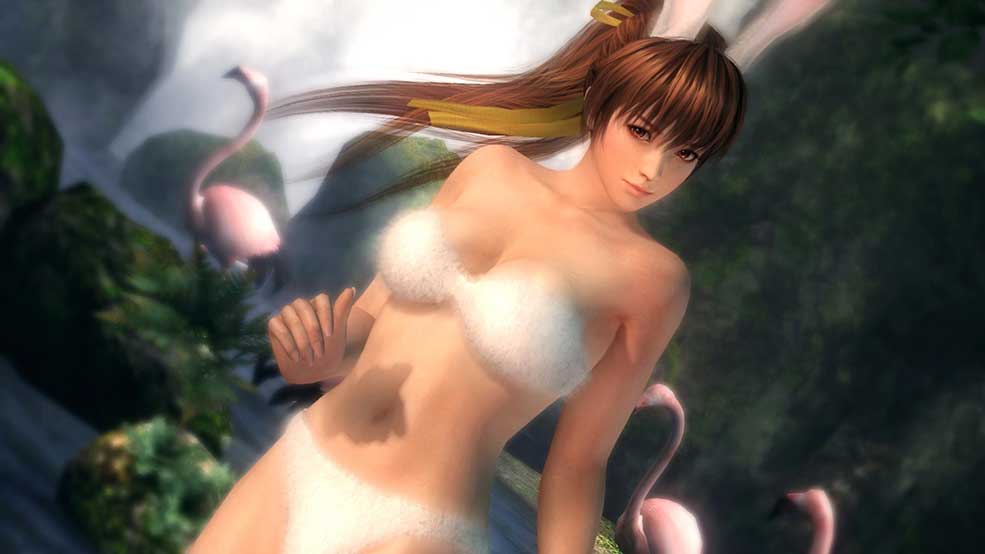 It’s been a while since Dead or Alive fans have had something to sink their teeth into. With the release of Dead or Alive 5, this marks the end of a seven year drought from Team Ninja. Surprisingly, in all that time, Dead or Alive 5 hasn’t changed that much from its predecessor. Sure it’s gotten a graphical overhaul, and some of the core fighting systems have changed, but not by much. It would be disingenuous to say that the franchise has matured in the last seven years. In fact, it appears that the opposite has occurred. As a whole, Dead or Alive 5 has gotten easier, sweatier, more jiggly, and wears its sexuality on its sleeve in nearly every nook and cranny of the game disc.

If you like your fighters easy, you’ll love Dead or Alive 5. You can become a proficient player in short order just by experimenting with different two button combinations. It doesn’t have the same extensive learning curve that other fighters have, so that frustrating part about learning a new game is nearly negated in its ease of access. Where other fighting games require a much greater level of precision, Dead or Alive 5 feels like it gives much greater leeway while still rewarding the player with stunning on-screen results, even if they weren’t achieved by “skill”. That being said, this doesn’t mean that top level players in DOA 5 are going to be button mashers. It just means that this game is more accessible. There is still plenty of intricacy for players looking to really dig into the belly of the Dead or Alive 5. 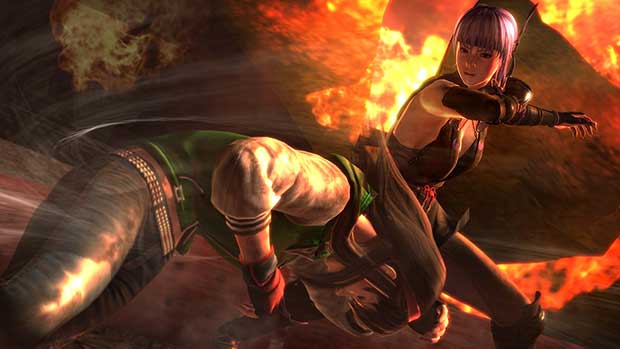 A new power blow system has been implemented into the game, which allows players to turn the tides of battle on a dime. Each character has a unique power blow, that can be a game changer if landed. While these power blows are equally easy to engage, landing them is another story entirely. Using them at the wrong times can leave players open for counter attacks and big combinations against players of any skill level. This can be especially bad against players that know what they are doing. Though if landed, these new power blows can break your opponents guard leaving them open for a massive combination as well. Like a chess game, high level players will find each other faking into the move and then cancelling it while looking for an opening in their opponent. far Unfortunately, aside from the power blow system, there isn’t much change that has been made to Dead or Alive 5 that really distinguishes itself from DOA 4. The power blow system is the major addition to Dead or Alive 5, just how much its used will likely depend on how familiar you become with the game. Casual players can “enjoy” Dead or Alive 5 without ever scraping the surface of the new system, so its certainly not an earth shattering development from Team Ninja.

Dead or Alive has always been a beautiful fighter. Dead or Alive 4 showcased amazing visuals for 2005, Dead or Alive 5 does equally well in this department. Vibrant, colorful levels house the equally beautiful cast of characters in DOA 5. With each stage now including a series of Danger Zone animations that are triggered by performing specific actions on stage, Dead or Alive 5 is easy on the eyes. You can pull off amazing finishing moves that utilize the environments in unique ways, that weren’t found in the previous game. Environments are multi-tiered like the last game, they just have much more interaction to them than before. These environment animations are beautiful, on par with anything that other fighting games are doing today. Aside from the whole overly sexualized visual style that Dead or Alive 5 offers, its a hell of a game to look at.

This sexuality is around every corner in Dead or Alive 5. You’d be hard pressed to find a boob not jiggling and/or sweating at least somewhat, whenever featured on screen. Gratuitous camera pans are a frequent occurrence in any game mode you play on, and it’s just something that is always in your face if using the majority of the female characters. It’s not over the top for a Dead or Alive game. It’s not any worse than the DOA Beach Volleyball game that came out years ago. Players that are fans of this franchise no what they are getting into with Dead or Alive 5, regardless of Team Ninja claiming that they want this title to be taken more seriously as a fighter. The single player story campaign is littered with sexual innuendo, and worse yet, its poorly written and acted. The Dead or Alive 5 Story Mode isn’t going to win the game any awards, but it isn’t the focus of this fighter either.

There are plenty of other gameplay options that most players will gravitate towards, and they revolve around a connected online experience or bettering yourself with an understanding of the game’s intricacies. Time Attack, Survival, and Training Modes will allow you to test your skills against the computer, and while playing in Arcade mode, you can accept challenges in the form of online “throwdowns” if you have the functionality enabled. Ranked Matches will allow players to earn a fight grade for wins and losses, and lobby matches return, which allows players to group up to 16 fighters in a single lobby. You can watch the fights unfold from the lobby in full screen, just like Dead or Alive 4. As of launch, netcode seems up to snuff and little latency or lag was seen in any of the lobbies or matches that we played in.

Dead or Alive 5 can definitely serve a purpose. It’s easy to get the hang of, its offers a pretty rewarding experience with little to no learning curve. For those looking for a fighter to dig into and learn, DOA 5 is pretty bare bones though. It’s an outwardly sexual video game that celebrates the female body in an unrealistic way, and offers the undeniable possibility of strange looks if family members or significant others catch you playing it.