Dead Rising 2: Off The Record Review 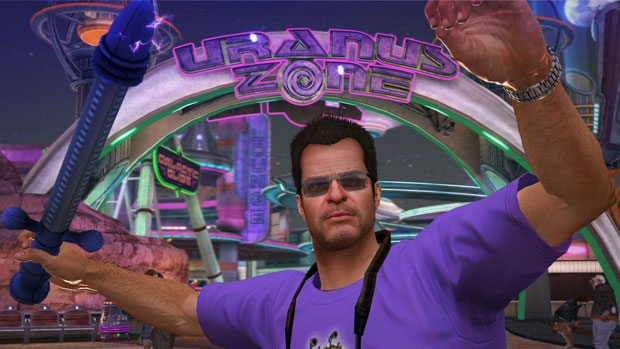 It feels like I have been here before I said to myself as I played through the first bits of Dead Rising 2: Off The Record. The protagonist certainly isn’t the same, but I’ve definitely been here before. That’s because last year at this time, Capcom released Dead Rising 2. In the sequel they introduced fans to Chuck Greene, and his struggle to save his daughter from the zombie infestation of Fortune City. While clearly “Off the Record” takes place after the events of Dead Rising 2, there’s a weird overlap of the plot points, with the game calling back to specific points and characters in the original.

It’s a little disappointing, the glorified downloadable content that is Dead Rising 2: Off The Record. Capcom throws fans a bone with the return of Frank West, his trusty camera, a new mode, area, and a handful of character models, but this “discount title” is definitely lacking some much needed original content.

Unfortunately, it’s only a discount if you think they would’ve charged more for it delivering it digitally as a DLC for Dead Rising 2. Now the reason I say this right up front is so that there are no misconceptions about what Dead Rising 2: Off The Record is. It’s Dead Rising 2 with a new character. Capcom reuses a significant portion of the content from the original, and at times it feels like the only thing that has changed is Frank West in the cutscenes instead of Chuck Greene.

Fans will love some of the additions outside the redundant single player campaign.

For fans of the original Dead Rising and Dead Rising 2, you’ll love some of the additions outside the redundant single player campaign. In addition to West’s return, Capcom delivers some of the backstory of what Frank has been doing since the events of the original. They also include a sandbox mode, where you have a much narrower focus on what to accomplish, and that’s killing zombies in the most humiliating ways possible. There’s one new zone incorporated into Fortune City, called Uranus Zone, and it’s pretty fitting to say the least. Especially when you consider what Capcom is now passing off as disc based releases these days.

I wasn’t a fan of Dead Rising 2, but I did enjoy Dead Rising. Perhaps it was a better connection with the protagonist, maybe it was a much less ridiculous narrative. Whatever it may have been, I looked forward to getting another shot with Frank West. It’s sad to see old Frank having his best days behind him, but he’s a more colorful character than ever before.

I have to agree with our original review of the game. The deliberately slow pace of the game and sluggish controls never really puts the pressure on the player, and even with a timer counting down in your face ever so often, there never really feels like there is any urgency in the game. This leads to an experience which begins to drag at around the midway point, new characters or not.

It’s bittersweet that Capcom couldn’t have included these things in the game that they released a year ago.

There’s really not that much more to see in Dead Rising 2: Off The Record unless you are a true blue fan. Sure the games can play out in any number of ways, you can call players into your game in cooperative zombie slaying madness, and of course the sandbox mode and new area, but it’s bittersweet that Capcom couldn’t have included these things in the game that they released a year ago. Though I’m pretty sure these complaints fall on deaf ears, when you take into consideration that this is apparently their new business model. Ship portions of the games, with features left out to ship a year later.

Dead Rising 2: Off The Record isn’t a bad game by any means. It can have its moments of fun, and their are times when it will give you a chuckle that’s for sure. It’s that overwhelming feeling that I’m beeing duped that really gets me with Dead Rising 2: Off The Record. The near carbon copy story does little to deviate itself from the original, while not making a very clear stance of when and why Frank is going through a near identical quest to Chuck.