The latest news in the world of video games at Attack of the Fanboy
September 17th, 2016 by Mike Guarino 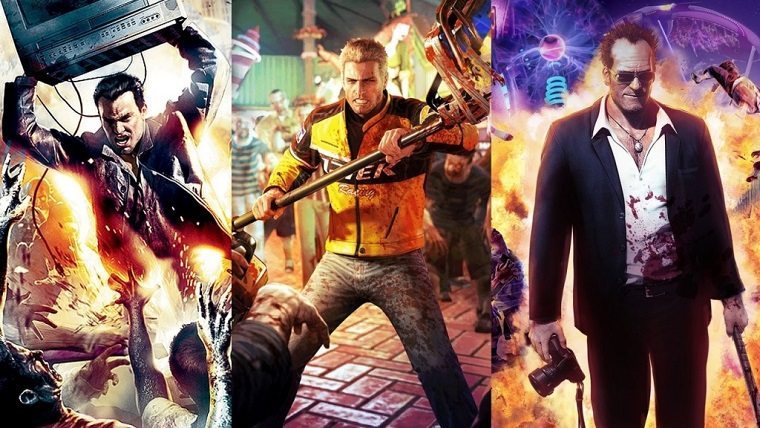 Remasters of older games are an unavoidable certainty these days, and this time we’ve got a pack of the first 3 Dead Rising games to check out in the form of the Dead Rising Triple Pack. Capcom has decided to remaster Dead Rising, Dead Rising 2 and Dead Rising 2: Off the Record for PlayStation 4 and Xbox One, polishing each of the games up a little in the process. These earlier games are starting to show their age, but overall they are still a blast to play to this day.

All 3 of the games included here now run at 1080p/60fps with few technical issues to speak of, though Dead Rising 2 and Off the Record currently have a strange bug that occasionally causes them to fail to launch properly. There are some new costumes to throw on that are amusing for a while if you’re looking for additional content, but other than that you know what you’re getting into with these games if you’ve played them before.

It all starts off with the original Dead Rising, which originally launched over a decade now. Protagonist Frank West is on a mission to see what the story is behind the zombie-infested shopping mall in Willamette, Colorado, only to discover that there are people inside it that are even crazier and more deadly than the zombies themselves. The game’s 72-hour time limit originally drew some backlash 10 years ago and undoubtedly still will today, but it remains one of the game’s strong points in this reviewer’s opinion. As you attempt to rescue survivors and uncover “The Truth” about what is going on, the clock is always ticking and it gives everything a sense of urgency that you don’t find too often in games. The game also gives you ample time to do side quests at various points throughout the story, so it never gets to the point where you feel like you can’t goof off a little.

The zombie slaying itself hasn’t lost any of its kick, either, as running into a random store, grabbing a chainsaw and then going on a zombie-shredding rampage is still a lot of fun. Frank can also utilize his photojournalism skills to take pictures of zombies in various situations, which is a fun little side distraction. 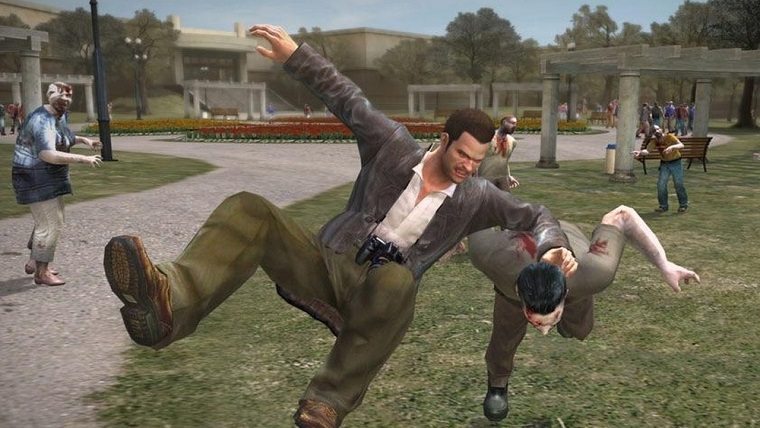 The biggest issue remains with its save mechanic, as you can only save at certain points throughout the mall and it results in having to redo chunks of the game when the unexpected deaths happen. It would have been great if they incorporated an auto-save feature that maybe triggered each time you entered a new area, but sadly that isn’t the case. The confusing “save status and quit” option is also still here, which those who are not careful will end up starting over from the beginning of the game rather than just saving where they currently were as it initially seems to imply.

Dead Rising 2 offers more of the same compared to the first game, though it ditches Frank “I’ve covered wars” West for Chuck “I need Zombrex so my daughter doesn’t turn into a zombie” Greene. While Greene isn’t as memorable as West, he still provides for a compelling protagonist as he struggles to protect his daughter and finds himself framed in a plot that pins him as the culprit of the Fortune City zombie outbreak. Beyond character traits though, Greene controls a lot like West as he wanders through the bigger Fortune City infested with zombies while dealing with a 72-hour time limit just as in the first game.

The biggest change that Dead Rising 2 brings over the original is the crafting mechanic, which is fantastic. Chuck can scrounge together items throughout his journey to cook up some incredible weapon concoctions, such as explosive arrows, knife gloves, electric rakes and a whole lot more. This element gives the game lots of replay value and keeps things constantly entertaining, as you’re always trying to whip up crazy new concoctions with the items that are littered all over the place. 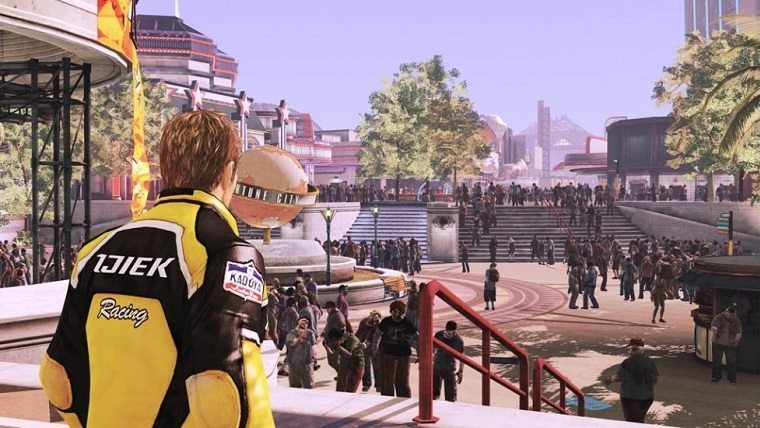 Dead Rising 2: Off the Record marks the final piece of this bundle, and it remains the most bizarre to this day. The game is actually a reimagining of Dead Rising 2, but instead of playing as Chuck Greene you are playing as Frank West once again. You’ll go through basically the same story structure as Chuck did, but altered to make more sense for Frank’s situation. While definitely strange, the new scenarios that the developers were able to come up with are pretty funny as Frank tries to get back into the spotlight following the first game. There’s definitely lots of deja vu here coming off of the base game, but that doesn’t make this “what if” scenario any less enjoyable.

The game obviously plays a lot like Dead Rising 2 did, but with the return of Frank West comes the return of the photojournalism mechanic that lets you snap pics of zombies once again. The crafting mechanic incorporated into the first version of Dead Rising 2 is still here, though this time there are even more concoctions to whip up. The previous chore of having to find Zombrex every 24 hours still remains, but instead of having to give it to Greene’s daughter, Frank now finds himself infected and in need of the medication. However, the major improvement that Off the Record makes compared to the first two games is its checkpoint system, which finally gives players more opportunities to save their progress outside of scattered save points.

Dead Rising Triple Pack is a great way for those who have never played these games to dive in and see what all the fuss is about, but it might not be quite enough to warrant those who have already played them to take the double dip. If improved resolution and frame-rate is very important to you then go right ahead, but there’s little else new here to draw you back in otherwise. Still, these 3 games are capable of offering dozens upon dozens of hours of zombie-mutilating fun and this package is the definitive way to experience them.