The latest news in the world of video games at Attack of the Fanboy
January 19th, 2013 by William Schwartz 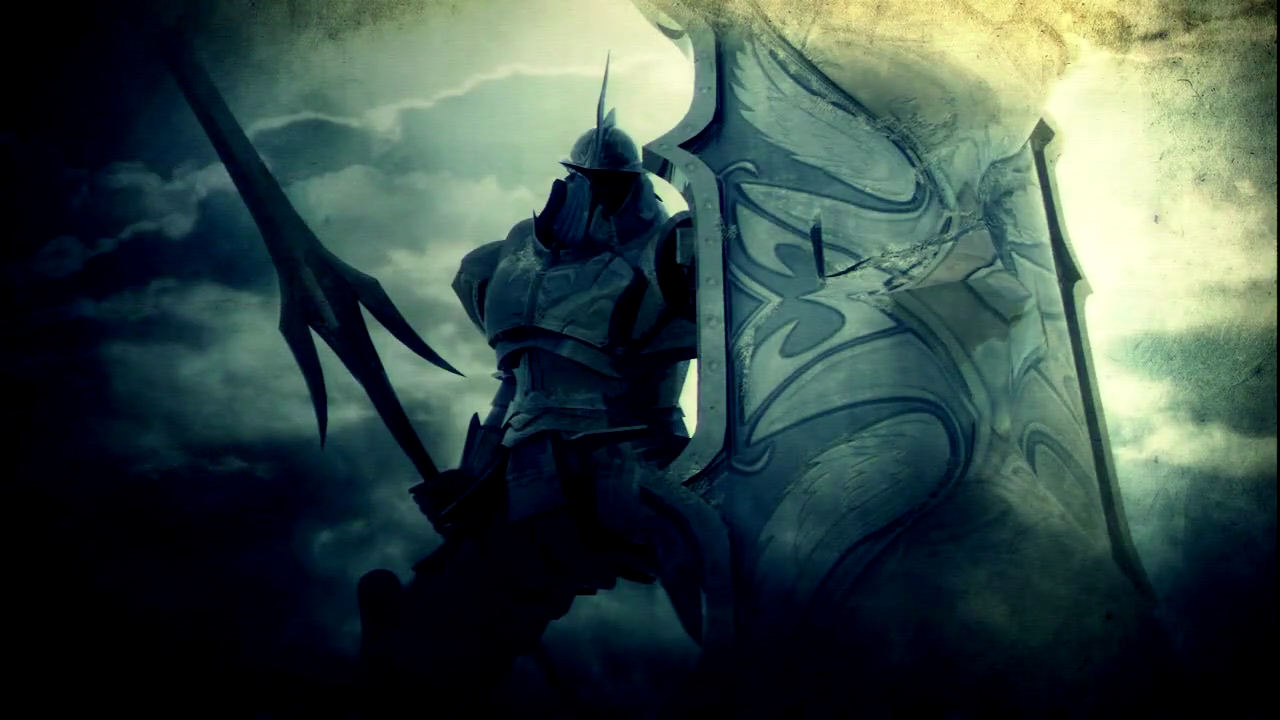 Demon’s Souls was released all the way back in 2009 on the PlayStation 3, and has been recently re-released on the PlayStation Network for digital download ($19.99).  Three years later, playing Demon’s Souls again, it’s still pretty clear why From Software decided to go forward with a multi-platform franchise (aside from Sony’s mishandling of the franchise). Demon’s Souls is an old-school gamers game, it’s a brutally challenging throwback-style action-RPG that is not for the faint of heart. It features some of the most challenging boss battles that you’ll ever encounter, and some of the most unique integration of online functionality found in this current generation dominated by connected consoles.

Now I haven’t played Demon’s Souls since 2009, but had often wondered while playing 2011’s Dark Souls, whether or not the old favorite would stand the test of time. It’s pretty clear that it does, and in some regards, its a better game. Having journying back to the Nexus, I forgot some of the things that made Demon’s Souls such a standout on the PlayStation 3. 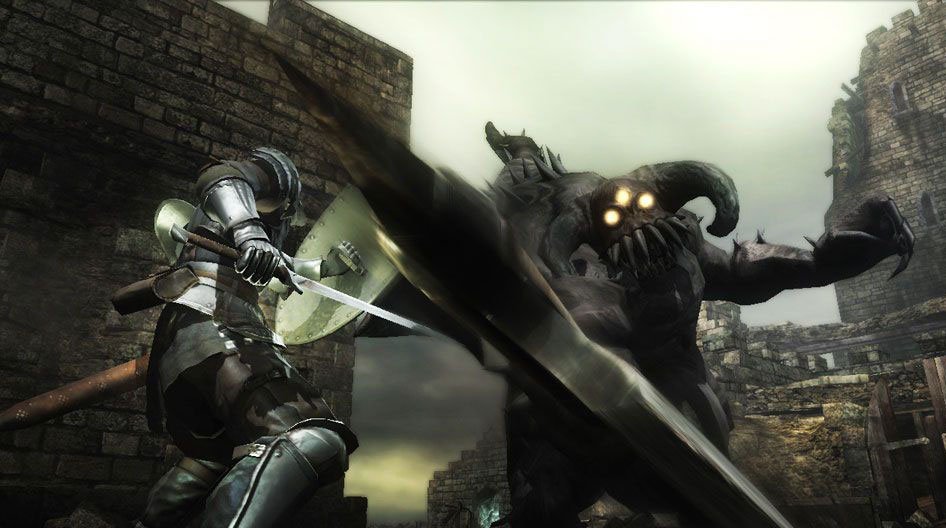 Systematic Torture – Doing this review after having played 2011’s Dark Souls, it’s easy to see that Demon’s Souls was a more structured experience.  In Demon’s Souls the game’s central hub, called the Nexus, is a sanctuary in a very unforgiving world.  With The Nexus, you can clearly see that there are five worlds that need exploration.  There’s a clear path for you to follow, and while it’s anything but linear, it’s a nice guide to keep you plugging away.  This type of level design gives players a more natural progression path, and a better opportunity to plot out their adventures.  While both games are devilishly hard, being able to plan for what’s ahead is a great part of Demon’s Souls.

Who’s the Boss? – Demon’s Souls has some of the most incredible and daunting boss battles in gaming.  There are a wide variety of bosses that need to be overcome in this RPG to continue progression.  When encountering them for the first time, they can be so intimidating in their physical presence that you’ll wonder if you’ll ever be able to get past them.  With that, beating them gives you an actual sense of accomplishment, because you’ll have likely played them numerous times to discover their nuances.  From your first battle with Phalanx to the final battle with the False King, Demon’s Souls will continually challenge you, not only in the way that you handle your controller, but how you prepare for them as well.

Online Innovation – There are certainly some circles that say Demon’s Souls is the best online game of this generation, and I can’t say I disagree with them in some regards.   Remember when this game arrived, 2009, some of the ways that From Software tackled the online experience were truly groundbreaking.  In Demon’s Souls you can play online with or against other players (PvE or PvP).  But the most interesting element of the game, is the way that you interact with others in the RPG.  From Software gave the Demon’s Souls community the ability to leave notes to other players in the world.  Crawling down a dark corridor, it’s not uncommon to find a note scribed by an adventurer that has been there before.  Some are helpful, others are intentionally misleading, and its one of the most interesting mechanics we’ve ever seen in an RPG.  When connected to the Demon’s Souls online servers you’ll also see other ghosts adventuring throughout your game, as well as bloodstains to see where previous players had perished.

Equally interesting are the PvE and PvP elements of Demon’s Souls, which are actually more prominent than in Dark Souls due to the way the different networking systems are set up.  Since Demon’s Souls is a persistent world for all players, these online elements are found more frequently than in Dark Souls, and even all these years later, there are still players looking to grief by invading your world for PvP action.  It’s not all griefing though, you can also team up with other players to tackle some of the harder scenarios in-game.

Fear of Loss – With difficulty at the crux of Demon’s Souls gameplay, it only makes sense that From Software punishes its players harshly for failure.  As denoted by the title of the game, Demon’s Souls is all about collecting souls, it’s the game’s main component.  It leads to leveling your character, purchasing upgrades, and is the main currency of your adventure.  You earn these souls by traversing the game world, killing enemies, and then high-tailing it back to the Nexus to spend these souls on valuable items or upgrades.  If you die, you lose them all.  You either have to make it to a check point, which is basically beating the boss at the end of a level, or back-track to a Archstone to be rewarded for your efforts.  The good news is, if you can make it back to where you lost your souls, you can collect them.  However, that means you’re heading right back into the teeth of what just chewed you up and spit you out.

Black and White Tendencies – We’ve already elaborated on the awesome bosses of Demon’s Souls, but they aren’t the only challenges that From Software places in front of players.  Each dungeon you enter is a ballet of blocking and attacking, even with what appear to be the most simple of enemies.  Missteps in Demon’s Souls have horrible repercussions, each step or battle is tense, especially if you’ve never been into an area before and are carrying a load of souls that you don’t want to lose.     You’ll be rewarded for playing well by the tendencies of the game.  Play “right”, meaning kill enemies and defeat bosses, and you’ll push worlds into White Tendency.  In White Tendency you can access different areas, and go places that you may not have been able to reach before.  There may be better gear awaiting you, and enemies will be easier to kill.   On the other hand, if you die too often, you’ll send an area into Black Tendency.  Black Tendency is where Demon’s Souls will make you cry, enemies are stronger and you’ll have a much more difficult time in progressing the area. 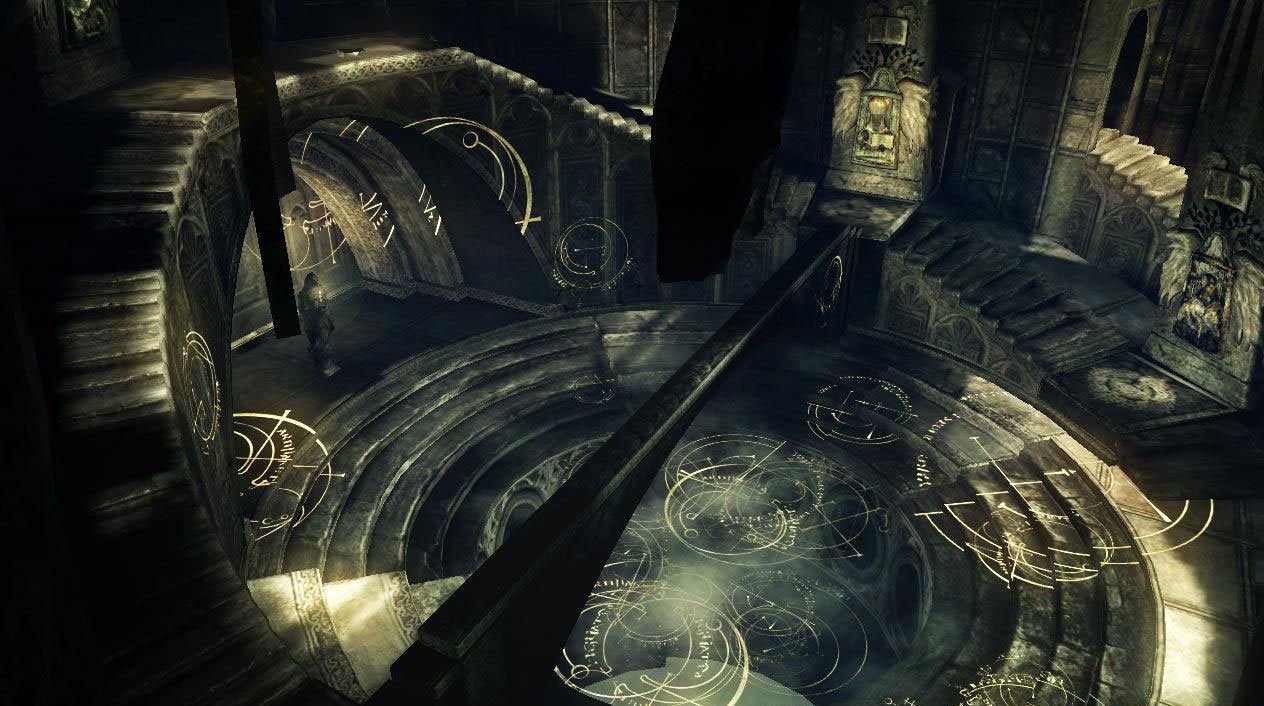 It takes a little patience – Demon’s Souls can be a very rewarding game, if you have the patience to work your way through it.  It’s not an easy accomplishment.  It will take a serious time commitment  and willingness to do things that some people may find boring or mundane.  Replaying specific areas of the game to grind souls, change tendency and level your character is almost a necessity in Demon’s Souls. If you don’t do it, you’ll likely hit walls in the game, and very early in the game at that.  This style of play is pretty unconventional for a current generation game.  To have these types of mechanics that were seen in the RPGs of years past, this could be a frustrating sticking point for some players.

Mystique or Lazy Storytelling –  If there’s one thing that both Demon’s Souls and Dark Souls are, it’s mysterious.  A lot of that mystery comes from the developer’s lack of explanation in the story department, and the explanation that you do get can be somewhat confusing.  Still, it does make you push on hoping for more details, but they never really come in the way that you hope them to.  For such a demanding game, it would have been nice to get more explanation about why you just pledged 100+ hours of your life to this quest.

The mother of all learning curves –  I can’t remember a game that has had the type of learning curve that Demon’s Souls has, and have the sheer lack of an explaining to go along.  Because of this, I’m certain that many would-be adventurers quit their journey only an hour or so into the game.  The community is helpful, but unreliable in so many cases, that it would have been better to get a little bit more hand holding before you’re set loose into this cruel, cruel world.  Though even early game hand holding can’t stop some of the awful things that can happen in Demon’s Souls. You can make bad choices that negatively impact your game in meaningful ways, even after you sunk 30 hours into the game.

The Verdict – I can’t recommend Demon’s Souls enough, granted that you know what you’re getting into.   And what you’re getting into is a lengthy and challenging romp through one of the most difficult yet rewarding fantasy worlds ever created.  If Dark Souls converted you to the franchise, and you never played this original masterpiece,  there’s no excuse for not scooping this title up on the PlayStation Store.  It all started with Demon’s Souls, and while you don’t need this as a frame of reference for when Dark Souls II arrives, it’s a great stand-alone experience if you like the core gameplay pillars of the spiritual successor.