Is it finally time to return to Destiny? The Destiny series has been one of highs and lows for Bungie.  A roller coaster ride of content for Destiny 1 ended on a high, where it had seemed that the developer had learned exactly what players wanted from their competitive/cooperative shooter.  When Destiny 2 released last year, it had been expected that these lessons would carry over.  Some of it did. They gave players a more cohesive story, but not all Destiny 2 players were satisfied with the end result.  This ultimately led the developer to go back to the drawing board with Destiny 2 during the course of 2018.  Since early this year, Bungie has been hard at work fixing, tweaking, and tuning.  This year has seen a ton of updates to Destiny 2 in terms of gameplay and progression.  With the additions of Masterwork weapons and armor, major changes to the way the game plays in PvP and PvE modes, changes to the way challenges are issued and rewards are garnered, all the while releasing new content for the game in the form of DLC.

Early on this year, it wasn’t clear if Bungie was going to be able to right the ship with Destiny 2.  It just seemed like they were trying to put out too many fires all at once.  The Curse of Osiris and Warmind Expansions released for the game and they were both pretty lackluster.  Disappointing DLC has become par for the course for Destiny, but there have been some good moments as well.  Like the Taken King Expansion for Destiny 1, The Forsaken Expansion in Destiny 2 feels like a change of course for the game.  The moment where all of the updates and hard work that Bungie has put into making fans happy comes together and things start trending in the right direction.  Forsaken is Destiny 2 at its best. The combination of a year of updates to the game alongside brand new story content and new game modes are giving Destiny 2 players a good reason to come back.

Even if you don’t purchase the Forsaken Expansion, there’s a lot to come back to see in Destiny 2 at this point.  The game plays differently than it did last year.  Updates to the way that Exotics work have changed the game to make it faster and more fun.  There’s a ton of new ways to collect items in the world, which make it feel like less of a grind.  There’s far more depth in the way that players can customize their characters and the weapons and armor that they use.  These updates have all come as free improvements for players.  The Season Pass content that was released over the last year featured two expansions for Destiny 2, neither which did much more than put a band-aid on a larger problem. 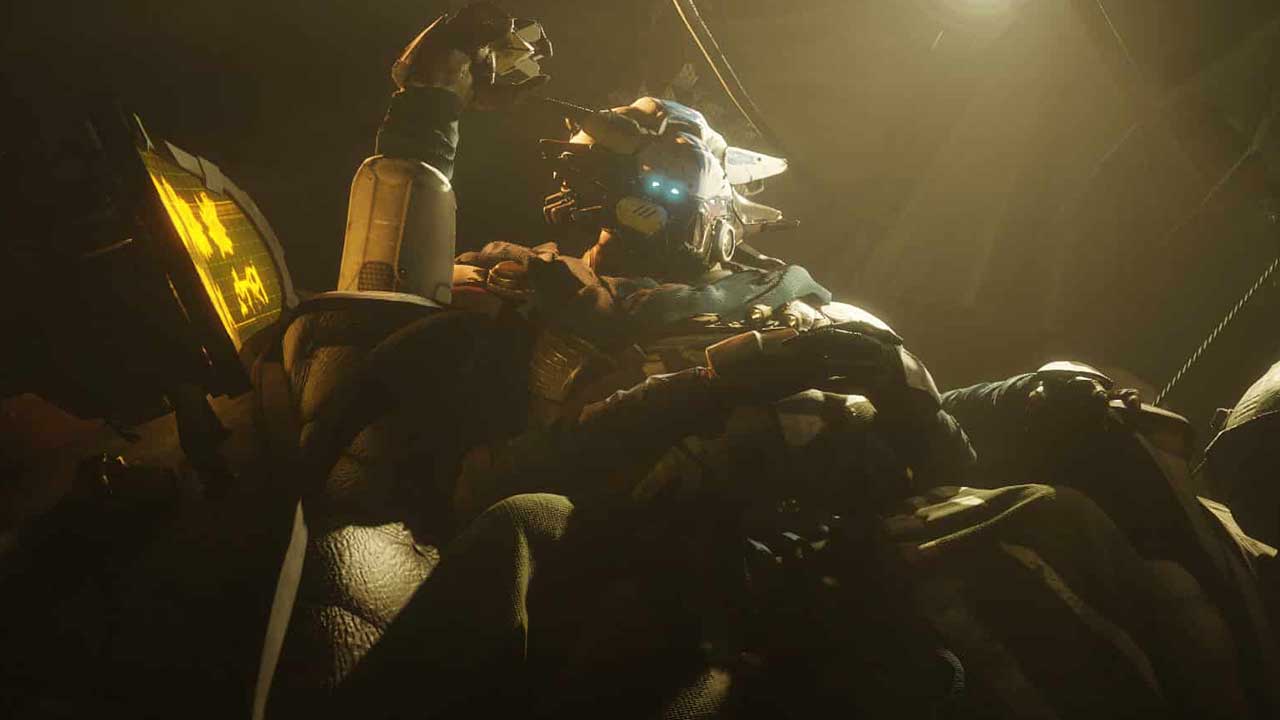 Unlike the shallow releases of Curse of Osiris and Warmind, Forsaken feels like a meatier expansion.  There’s a large new area in the Reef called The Tangled Shore.  There’s a new mode called Gambit which combines player vs. player and player vs. enemy combat.  There’s a lengthy, satisfying story which revolves around the controversial death of Cayde-6 which introduces a new fugitive race called The Scorn.  Then there’s all the new weapons to collect, powers to use, strikes to take on, and raid to conquer (once it goes live).

Forsaken is Destiny 2 at its best

While we can’t speak to the raid as of yet, the rest of the Forsaken DLC feels worthy of the steep price tag.  For those looking for more Destiny lore, Bungie continues to make good on fleshing out the universe in the Forsaken.  Set in The Reef, Cayde-6 and the Guardian head into the lawless territory which houses the Prison of Elders to investigate a disturbance.  Upon arrival, dangerous fugitives known as the Scorn are breaking out of the prison.  Led by eight powerful Scorn enemies known as the Barons, Cayde-6 meets his wholly expected demise.  The player then heads down a path of revenge where they look to take out the Barons and their leader, Uldren Sov.  Players will head into this new area called the Tangled Shore to track down each of these unique Barons for what ultimately feels like 8 great boss fights.  It’s a unique structure for Destiny story content to try, and it feels a bit more rewarding than the standard linear fare that we’ve seen in the past.  Players must befriend a character know as The Spider, who serves as a taskmaster that sends you out on missions to track down these despicable enemies. These quests give players a reason to explore some of Destiny 2’s better content with the need to head into the Lost Sectors that are tucked away in the world.  The Barons themselves are well done, each with different gameplay mechanics for their respective fights.  Overall, the structure of this story content leads to something that takes a little bit longer to complete than previous Destiny 2 DLC, and something that feels a little more rewarding once its all said and done.  Players will effectively be taking on different adventure missions that each lead to a fight with one of the Barons. They can be done in any order that the player sees fit, giving the story content in Forsaken a less linear feel. There’s a ton of content in this expansion, and for each player their favorites are going to differ, but my highlight has been the new bow and arrow weapon that players can procure early on.  This new sniper style weapon is absolutely a joy to use and quickly became one of my favorite weapons in the game.  I played through almost the entirety of the expansion with this new weapon and it had a great learning curve.  By the end of the bounty missions in Forsaken, I was feeling like Hawkeye from the Avengers or Legolas from the Lord of the Rings movies — Mowing down wave after wave of Scorn enemies with well-timed headshots.  Bungie absolutely nailed it with the new bow weapons in Forsaken.  That said, Forsaken is still very much a Destiny game, and a lot of this content comes with requirements in terms of your power score.  If you’re coming back to Destiny for Forsaken and haven’t played in a while, there’s a very real chance that you’re going to be under-leveled for this content.  You’ll likely need to do a little exploring in the new Tangled Shore zone to get your Guardian up to snuff before heading out to tackle the difficult Baron Adventure missions.

Bungie doesn’t completely throw out the book on Destiny 2 with Forsaken, as there are still some very familiar challenges to complete that reside outside of the story.  Players will be able to go on Exotic Weapon hunts, collect bounties from The Spider for non story based rewards, as well as do bounties for Petra in a brand new area called the Dreaming City.  It all seems to serve as a catalyst to keep players engaged in the new content.  Once the Guardian has tracked down and killed the Barons and avenged Cayde-6’s death, players will then be thrust into a scavenger hunt to track down key fragments to enter this new location which plays home to powerful enemies, secrets to uncover, and great loot.  Is it the solution to Destiny’s end game problem?  It’s undoubtedly the most challenging content in the game, and the rewards are equally worth fighting for.  A number of bounties can be fulfilled in this region and the city features a piece of content called the Blind Well which offers solid rewards for those who persevere through the wave based affair.  It all does come back to the same core principals of Destiny though.  It’s all a grind to build the most powerful character to get ready for the raid.  Unfortunately, that raid isn’t available just yet.  But if the rest of the Forsaken Expansion is any indication, it should be a good one. The Forsaken Expansion also gives players access to a brand new multiplayer mode called Gambit.  This is something entirely different from the standard Crucible PvP mode.  It takes PvP and PvE and combines them to form a unique multiplayer experience that has players battling against AI controlled opponents, with an ever looming PvP invasion mechanic thrown in for good measure.  It’s one of the most unique things that Bungie has added to Destiny since launch.  The big wrinkle here that sets Gambit apart from anything else in Destiny is the invasion mechanic for the game, which allows an invader from the other team to cross enemy lines invisibly and wreak havoc on the other team.  It’s an undeniably cool mechanic.  It’s a mode that allows players to balance risk and reward to be the winner with the prize being loot rewards to further bolster your Guardian.  Whether Gambit is a flash in the pan that temporarily makes Destiny more enjoyable or a mode that becomes a mainstay is anyone’s guess.  There are currently a lot of players enjoying Gambit at the moment, and it’s making the launch of Forsaken exciting with something completely different to do alongside the traditional content.

Ultimately, Bungie finds themselves in a familiar situation with Destiny at the launch of the Forsaken expansion.  It’s one where players are once again having fun with the game, as it realizes the potential that Destiny holds.  It’s a moment where you’re left scratching your head and asking yourself, why this game didn’t release like this last year?  With the base game and three expansions in the books, Destiny 2 feels like a more complete and comprehensive experience.

A year of updates and a ton of great new content to explore is making Destiny 2 feel fresh again.  There’s always been a great base in place for Destiny 2, but now there’s more than ever to sink your teeth into.