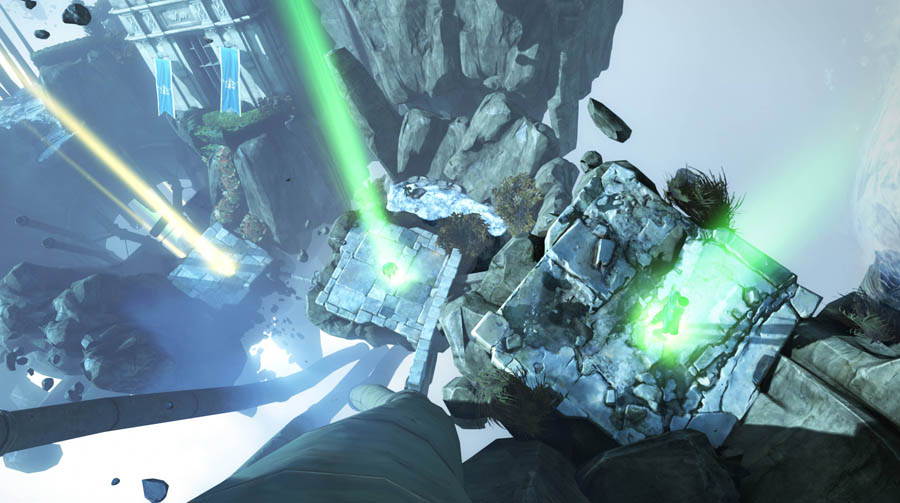 While Dishonored was one of the only true single player experiences to ship in the Fall of 2012, it was a game that held a great deal of replay value for those that dug deep into the combat and stealth mechanics of the game. With numerous ways to tackle any given scenario, Dishonored brought choice back to gameplay in a big way. Unfortunately, single player only experiences can only deliver so much content until fans are tapped out.

If you’ve been waiting patiently for the first bout of DLC for the game, lucky for you it just released on the Xbox 360, PlayStation 3, and PC. While it might not be the story extending offering that some fans had hoped for, it does slightly better, by offering a set of challenges in the Dunwall City Trials DLC. This new content taps into the core gameplay from the single player mode in Dishonored, giving the player an opportunity to test their mettle in Stealth, Combat, and Movement challenges.

Where the main game had you utilizing all three disciplines to tackle your objectives, this new DLC focuses on these specific skills to complete objectives, subsequently earn points, and unlock new expert challenges and concept art from the game. Just how much you enjoy the game systems from Dishonored will net you better mileage with this DLC. Being that I enjoyed the core game very much, the challenges felt like they gave me the ability to explore these abilities a little bit more, and since I hadn’t picked up Dishonored in a month, I was happy to be returning to Dunwall and jawdropped at just how good this game is. 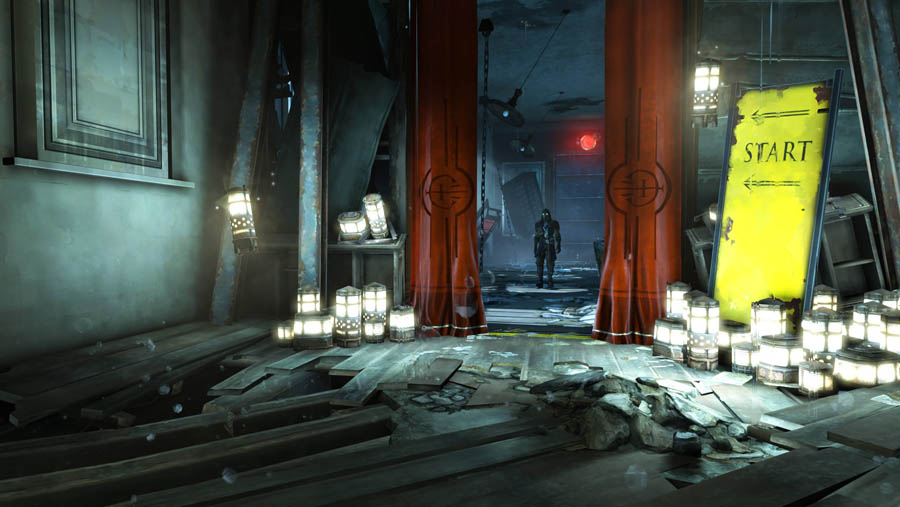 The new stealth challenges in Dunwall City Trials are nothing short of fantastic. Just like the campaign, these stealth scenarios will involve you sneakily navigating your way through various locations, with your objective being to pick up clues as to who your target is. You can use all of the mechanisms in the main game to stay hidden. Blinking to secret passages, hiding behind curtains, and using rat holes to traverse the environment are all fair game. The only real stipulations placed on you is that you can’t be seen and you can’t kill innocents. If you are seen, your target will flee. If you kill an innocent, the game is over. While you have the ability to silently knock out enemies that may be impeding your progress, you’ll get far less points if you leave a trail of bodies in your wake.

The single player portion of Dishonored had its fair share of combat, though you had to go looking for it. You could theoretically play the entire game without being seen. Not so in the Combat Arena challenges. Your objective in these challenges are to dismantle wave after wave of increasingly difficult enemies, while keeping your weapon inventory in-check. Like the main game, some factions don’t get along with each other and will fight it out in front of you. Like other “horde” style modes, Dishonored will give you more powerful foes to deal with, which range from the lowly City Watch Guard to Wolfhounds, Weepers, and Overseers.  You’ll pick up relics, and tonics to keep you fresh after each round, and the objective is to hold out as enemies continue to pile into the arena.

Another impressive challenge is the Bend Time Massacre, where you’ll be given a short amount of time to do as much damage as possible. You’ll start out as Corvo looking in through a window, where you can size up the contents of a room, or multi-room layout. You’re given a target amount of kills to reach within a specified time limit, the rest is up to you. You can go in hacking away, and shooting anything in your path, and this is certainly a viable option in the easy stages. As this mode progresses, things get more complex, and more difficult to achieve your goals. If you want to earn the big points in the latter stages, you’ll need to get creative. Shooting hanging speakers, lanterns  and whale oil canisters are sure fire ways to cause a lot of destruction. When time runs out, so does bend-time, that’s when you’ll get to see the chaos that you’ve caused. The shots you’ve fired, canisters you’ve thrown, and enemies you’ve killed will fall to the ground and you’ll get to see if you’ve made the cut or not. This mode can take some trial and error to get right at the highest levels, but that’s part of the fun. 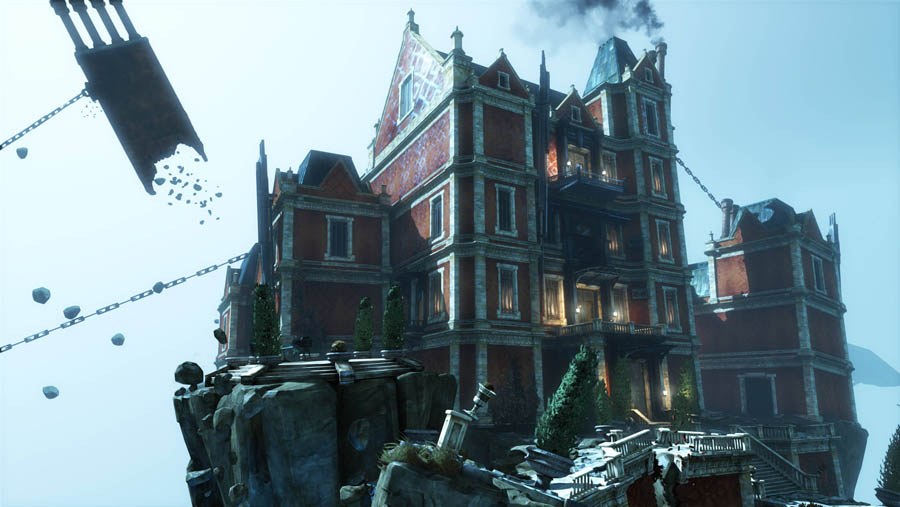 Probably the least impressive of the bunch are the free running challenges in Dunwall City Trials. If you’ve played Mirror’s Edge, you’ll be right at home in this group of events, that has you tracking towards beams of light under the gun of a timer counting down. As you reach each light, you’ll be given more time, and the trick is to use the abilities of Corvo to shave seconds off of each checkpoint. Since this is a Blink heavy event, some of the problems from the single player rear their ugly heads. If you’ve played Dishonored you’ve likely had your bouts of frustration with the Blink ability and its problems with recognizing where you want to go. It can take some time to lineup the ability correctly, and this can be frustrating when it happens in this time sensitive mode.

Snagging stars in these normal difficulty challenges will unlock Expert Mode, where things get significantly harder. While the rules remain somewhat similar to the modes mentioned above, you’ll have bigger hurdles to jump in completing these expert challenges. In some missions you’ll be stripped of your supernatural powers, in others, you’ll be dealing with more powerful and numerous enemies. In other words, it’s called Expert Mode for a reason. For those looking for fun, the normal modes will be more than enough to keep you busy. For the completitionist, it could take some time to get through these expert level challenges and all of the achievements associated with them.

This first round of DLC for Dishonored is a good one. There’s a nice mixture of difficulty and fun in the Dunwall City Trials challenges that’s sure to hold you over until the story driven content arrives next year. While some of the modes are hit and miss, the price isn’t too taxing. At 400 Microsoft Points ($4.99) Dunwall City Trials is well worth the price of admission, and you just might want to try out some of these newly developed challenge skills in the single player mode, if you complete them that is.