The latest news in the world of video games at Attack of the Fanboy
October 25th, 2016 by Dean James 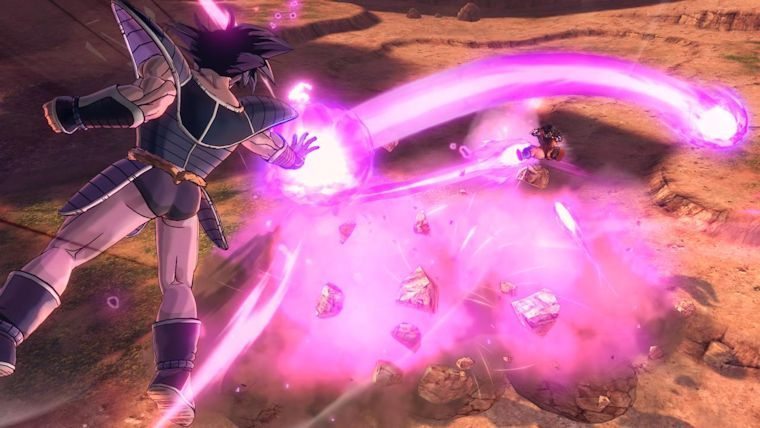 Ever since first debuting as a manga in 1984, the Dragon Ball franchise has been a major hit around the globe. This has led to an abundance of video games based on the series over the years, which finally saw a turnaround of declining quality with the release of Dragon Ball Xenoverse in early 2015. This game laid down a very solid blueprint to build upon and that’s exactly what Dimps has done with Dragon Ball Xenoverse 2.

Following up on the events of the original, Dragon Ball Xenoverse 2 follows a very similar story structure, with your created character joining the Time Patrol to try and prevent the series’ history that fans know and love from being altered by the bad guys.

Before jumping into that story though, you must create your own character, with the game offering you eight different character slots to choose from. Just like the first Xenoverse, you have a number of different options to choose from, starting with their races, with options between Human, Saiyan, Namekian, Majin, and Frieza’s race. From there, you get to design the character with their body type, hair, eyes, and more, as well as design the color scheme of their equipment.

While you may have had hopes of importing your character from the first game and journeying through time again, you will not be able to do that in Dragon Ball Xenoverse 2.You do have the option to import one character from the game, but rather than being playable, they can just fill the role of the silent Toki Toki City Hero in the story. It’s cool to see your character show up again, but it would have been nice to have them carry over in a more traditional sense.

Toki Toki City serves as the main hub in Dragon Ball Xenoverse 2, which houses the previous Conton City within it. Much larger than before, the hub world feels more alive than it did in the past, even when not connected to the online servers. Making this even better is the fact that Toki Toki City is one large area, which means there are no long load times between very small areas any longer. Not only are there the familiar locations that players of the first will recognize, but many fan favorite locations that have been added like Kame House.

There is plenty to explore around Toki Toki City, but the story is the main attraction. The Supreme Kai of Time and the Elder Kai plays a big role in getting you started before the plot quickly starts to unfold. Similar to before, Xenoverse 2 involves the villainous Towa and Mira, who are trying to change history to their own advantage. While the time altering story was really enjoyable in the previous game, it feels even more original here than before.

Not only are Towa and Mira trying to change the timeline themselves, but have also enlisted the help of many of the movie villains like Turles, Lord Slug, and Cooler. The Dragon Ball Z movies were always out of continuity with the series mostly due to the events of the films just not fitting in, but they manage to address that here by having these movie villains being from an alternate history where these events did occur. This is a really neat way of bringing in these additional characters into the story that have never been part of the main canon before.

Throughout the story, you will face off against a variety of different enemies in the large arena based combat that is just like before. Dragon Ball Xenoverse 2 once again succeeds at differentiating between the different fighting styles, whether focusing more on up close combat or from afar. However, one area that the combat still really struggles with is the AI of your teammates. These AI characters die quickly and often deal very little damage to the enemy, making them very unreliable. While the story mode is where you can push the game’s plot forward, you are likely going to start to get outmatched the further you get. That is why you need to continue to level up outside of the missions found at the Time Nest, and Parallel Quests are there just for that. Parallel Quests expand upon certain parts of the game, with you able to choose a team of characters from any you have unlocked to that point. These are mostly based around situations in the history of Dragon Ball Z, but they often take on sort of what if scenarios.

In addition to the main story and parallel quests, there are also a series of time rift locations around the map that include areas like Guru’s House, Hercule’s House, and Buu’s House. These each have different missions that you can take on, which will expand as you play through the game. Guru’s House missions involve collecting Dragon Balls on Namek while Buu’s House has you bringing him food so he can expand his family, as odd as that sounds.

Through playing the variety of different missions from the aforementioned areas of the game, you will gain XP and level up pretty consistently. It feels like less of a grind overall than the last game, which definitely is an improvement. That does not mean you won’t come across some steep difficulty curves though, especially in the Time Patrol missions, which is where upgrading your character comes into play. 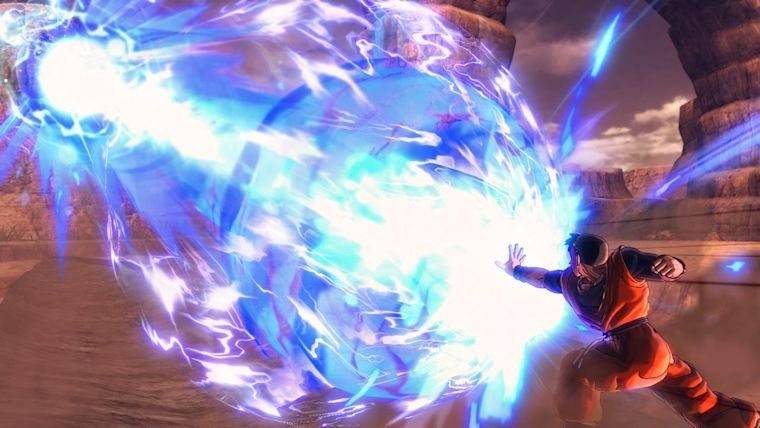 With each new level reached, you will gain a number of attribute points that can be used to boost stats like health, ki, stamina, and attack power. How you upgrade these is completely up to you, but the number of these you will earn while playing the game can help you to adjust if you feel you need to be stronger in one area. This is where the side quests can help you to level up as a way to better prepare for the more difficult Time Patrol missions. There are also items that you can help you in battle, but they once again don’t seem to play too much of an impact due to how hard they are to use in the midst of a tough fight.

The single player experience has always been a big part of any Dragon Ball game, but competitive multiplayer is also very important as well. You still cannot pick a multiplayer battle from the main menu, which means you will have to play a little bit before you have access to this mode, but they are still able to be accessed pretty easily. By going to the same general area as where you take on parallel quests, you can participate in either online or offline battles, with the available characters depending on who you’ve unlocked in the game thus far, as well as your created character. If you’re just up for fighting without any specific quests, you can also take on the computer in these versus battles as well. World Tournament is another option you can try out, but the server for that was not online prior to release.

Dragon Ball related games have never been known for their visual prowess, but they have typically done a really good job at transferring the visual style of the anime to a 3D game look. Being the first exclusively current generation Dragon Ball game has allowed the game to not be held back by its last-gen counterparts, though you should not expect a dramatic improvement over the previous game in that department. Even though it’s not a major improvement visually, the game still looks absolutely fantastic in action. While the first Xenoverse game performed pretty well technically, Xenoverse 2 is a much smoother game overall. Being bumped up to 60fps really makes a major difference in how the game feels while in the middle of fights, with the game rarely having any sort of technical hiccups. The only time there seemed to be much problem while in battle was when fighting a Giant Ape, which had the player character freezing and getting hung up on obstacles. Also, the long load times between quests can get a little annoying, as they can sometimes take up to around 30 seconds, which can really interrupt the flow of the game. However, there is no question that Dragon Ball Xenoverse 2 runs a lot more efficiently than its predecessor.

Dragon Ball Xenoverse 2 had a lot to live up to for fans of the franchise after the success of its predecessor, which Dimps has mostly managed to do. Even though the overall structure of the game is not a radical change from the first, the mix of movie villains really has helped to provide a fresh take on the classic story to go along with a number of other little improvements. While the game may not be for everyone, Dragon Ball Xenoverse 2 offers yet another satisfying experience for Dragon Ball fans that is not one to be missed.