The latest news in the world of video games at Attack of the Fanboy
July 21st, 2015 by Anthony Decicco Massive multiplayer online games take a lot of time and dedication to get through. Especially for those who commit so much time to one by creating guilds, competing in PvP, or other aspects of the genre. Elder Scrolls Online has molded itself into a deep and engaging MMORPG for fans of the lore. Elder Scrolls Online: Tamriel Unlimited brings the adventure to consoles and has managed to live up to the PC big-brother in quite a few ways.

Much like all MMO titles, players will be able to create, craft, and level up their character to their liking. The key point to remember when creating your character is choosing their faction affiliation wisely, as it not only determines if you can play with your friends, as well as your PvP faction, but also the primary storyline which you will encounter in the game. Each has their own starting city and unique set of missions, which allows for three unique playthroughs if you are so inclined to explore them. These varying storylines add a lot of replay value to what would otherwise be a cut and dry MMO story experience.

As the player progresses through the game they will uncover the lore and backstory of the world of Tamriel. It is a large and engrossing experience for those who love the universe. Players will level up by completing quests, public dungeons, and group dungeons. Leveling can also be accomplished by fighting public bosses roaming around the map, or taking part in random instances. After leveling they can upgrade their characters’ many aspects in the skills menu with an acquired skill point. Fans of Elder Scrolls will feel at home with the leveling system in its simplicity and ability to construct a character to your liking. So if you want a heavy armor wearing mage, you can do that, as long as you put the skills points in the proper skill sets and use heavy armor a lot. Players have a long road ahead of them to reach Level 50, but there are a great many ways to do so and it adds to the variety of the game. I found the choices of how and where to gain experience rather open and it allowed for a lot more exploration than most other titles in the genre where you are strictly following a cookie cutter path.

Once they reach level 10, players are able to participate in a few of the more interesting features The Elder Scrolls Online has to offer. PvP is a large part of that, with what is dubbed Campaigns. These campaigns last for seven, fourteen, and thirty days, depending on the one you choose. They pit your chosen alliance against the other two factions in a tug of war for control of a battlefield. These are large-scale, massive battles, which can be going on at any time. The intensity and fun factor grows with the amount of people playing. Players are always vying for control of Elder Scrolls, and will be competing to own more parts of the map by controlling more towers and having everything connected which will limit other factions spawn options. Characters will go into battle and have the ability to build large siege weapons to attack towers and castles creating a massive battle scene. Campaign mode always tries to keep the player informed. If something significant is happening and you are just playing the solo story, a message appears on screen to notify you that your castle has fallen, or another faction has taken control of an Elder Scroll. Many fans seem to really enjoy the PvP. So much in fact, that some guilds are based entirely around the mode. It can be enjoyable if you have a few friends with you too.

PvP is not your only option when you hit the level 10 milestone. Group dungeons open up to the player and are located in the Social tab, where you can utilize a group finder to get into dungeons. Unlike other games, it doesn’t automatically teleport you. It puts you in the group and then switches you to group chat, even if you don’t have a microphone plugged in. It is very conveinent and allows those with microphones to communicate faster. From there it requires you to teleport to a specific dungeon with your group. This can be done by teleporting via the map, or by going to your group members and teleport to someone who is already in the dungeon. This isn’t a big deal, but it could have been streamlined. 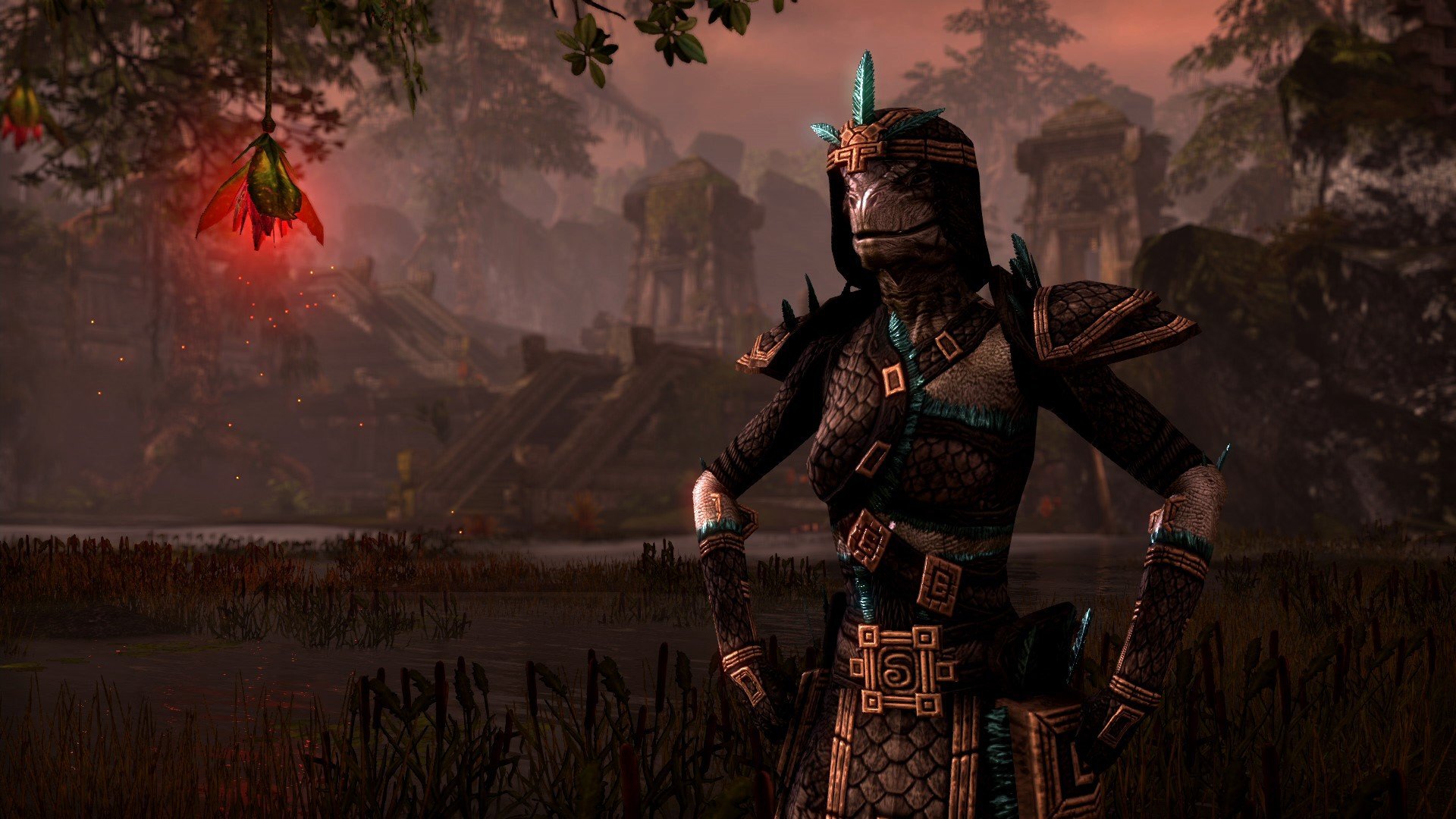 As for the group dungeons themselves, the ones I have come across have all been pretty fun and engaging. Players seem to know their role rather quickly, be it healer, support or damage dealers. Of course your goal is to make it through mobs of enemies, fight mini-bosses, and eventually come to a main dungeon boss, who usually towers over the player in epic fashion. In the end they are rather satisfying and last around thirty minutes, which is a great amount of time for MMO dungeons to last. The prizes for completing the dungeons aren’t too shabby either, as everyone has unique loot for the bosses and end dungeon rewards.

Fighting isn’t your only option throughout your time with The Elder Scrolls Online. What if you want to take a break and kick your feet up? You have the option of taking up a hobby. Players can choose to take up crafting in one of the many various aspects of the game such as blacksmithing, wood working, provisioning, alchemy, and more. By crafting, deconstructing, and researching various materials and items in the game, players can level up their character and skill lines for the various crafts. If that is not your thing, then players can even choose to go fishing by finding various types of bait in the world. There is plenty to do when not on a quest, and Elder Scrolls Online leaves a lot of opportunity for fans to get lost in the world.

Many MMOs live and die by their post-game content. The Elder Scrolls Online: Tamriel Unlimited manages to succeed in this area as it allows players to continue to progress and earn skill points and attribute points beyond the level cap of fifty. This is referred to as a Veteran rank within the Veteran mode, which consists of an exclusive area and tougher enemies within it. Players can also go back through group dungeons and participate in Veteran rank dungeons, which are much tougher, but garner much greater rewards. It feels like a solid system to keep players attached long after they hit the level cap. 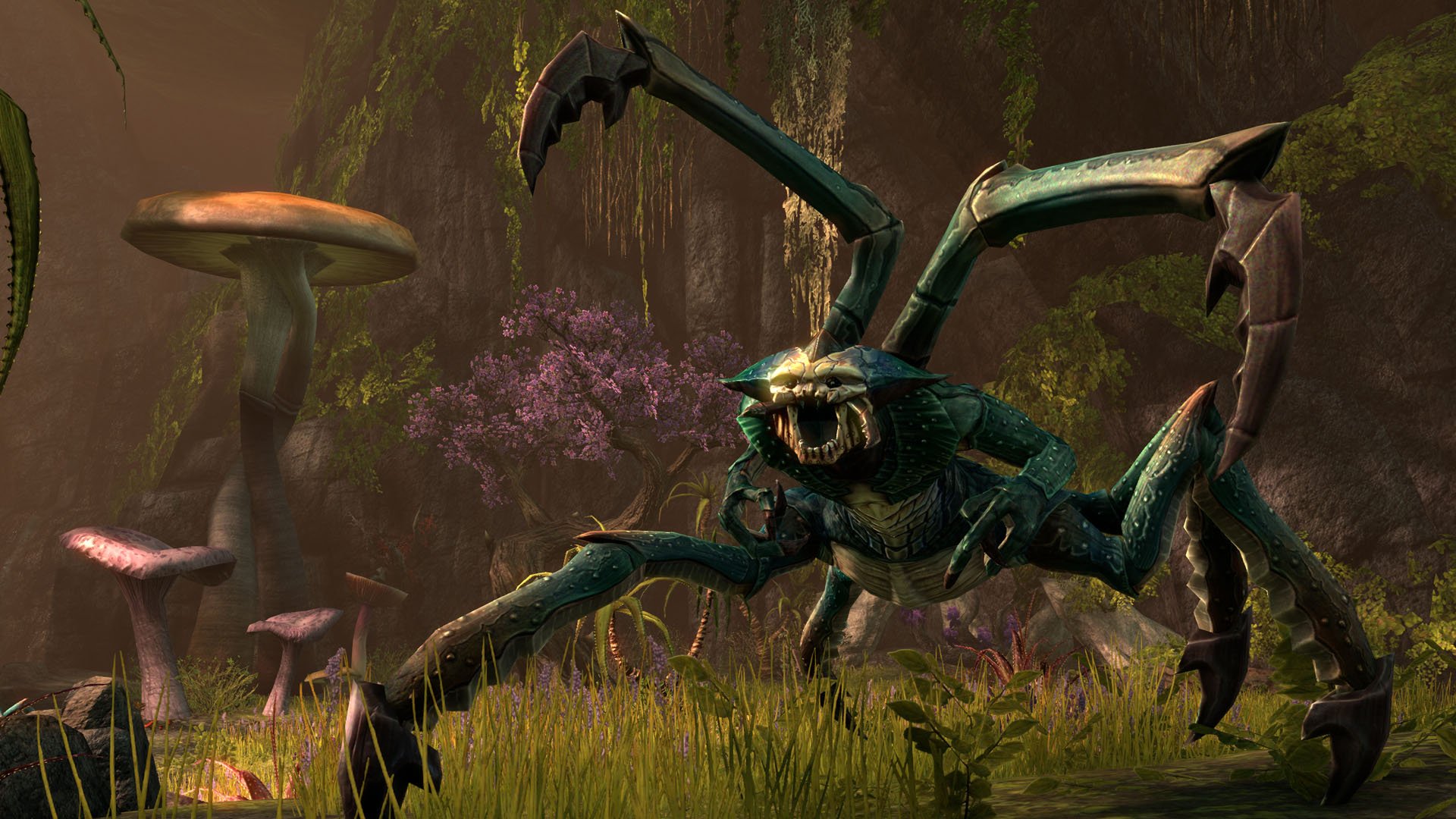 The Elder Scrolls Online: Tamriel Unlimited transitioned to the consoles in a relatively simple fashion. The game exhibits tight controls for a console MMO. Every minute is enjoyable and action-packed throughout. Although it was plagued with issues at launch, the past few weeks have been kind and everything appears to have worked out. The Elder Scrolls Online offers MMO fans a great escape of fantasy-driven fun that only the lore and atmosphere of an Elder Scrolls game can offer. If you have been dying to live and breathe in a world as massive as Tamriel set in the universe of your favorite RPG, then this is a game that will take away a lot of your time.

Massive, engrossing MMO with plenty to do, which follows the formula of other popular MMO titles, but manages to be a top quality product fans are used to from Bethesda. Fans will enjoy the lack of a subscription requirement given that in the past the game was strictly subscription only. Now all players who want the experience will have to do is purchase the base game, however there is still the option of a subscription which will just boost up experience earned and give a few minor bonuses to the player. There is a lot to explore in the world of Tamriel and fans will have a great time doing so.