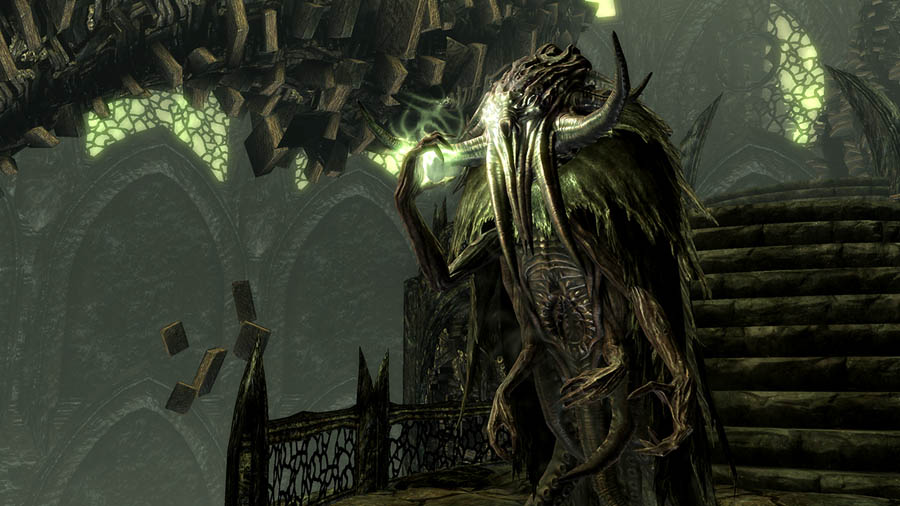 You would think that the Elder Scrolls V: Skyrim would offer nothing but possibilities when it comes to expansion content for the massive RPG.  Since it’s release in 2011, Bethesda Game Studios has only released a handful of new premium content to expand on the game.  Instead, the developers have been finely tuning the Skyrim experience across all of its platforms, but the Xbox 360 version has seen things like Kinect functionality alongside the laundry list of fixes and patches since launch.  It appears that the fine tuning is over, and Bethesda has just released what is the best story driven expansion to date with Dragonborn.

For players that have seen all there is to see in the province of Skyrim, this new content introduces Solstheim, an island just off the coast of Morrowind.  Like the Dawnguard Expansion, the Dragonborn content won’t be hard to get started on. Just enter a town, and you’ll be greeted with an attempt on your life by a group of masked followers.   This prompts you to trace their origin, and all signs point to Solstheim, where you’ll confront Miraak, the first Dragonborn.  The main questline for the Dragonborn content will take you to the nooks and crannies of this new island, in attempt to stop Miraak, who is enslaving the people of the island to do his bidding.  It’s a lengthy quest, even by the main game’s highest standards and one that will introduce a slew of new sights and sounds.

But like the main game, the Dragonborn content isn’t best rambled straight through.  The island of Solstheim is a brand new world to explore, with tons of additional side content to keep you busy. The varying locales within the island are littered with new types of enemies, armors to be found, and shouts to be learned.  Differing from the Nordic theme of Skyrim, the off-shoot of Morrowind has more variation on the island than you’ll find anywhere else in the game.  This includes trips into what are called Black Books of Power, which will thrust you into puzzle areas that are littered with different types of enemies.  These come in the main-quest and non-main quest variety if you scour the island for their whereabouts. On the ground, the terrain is a varied mix of snowcapped mountains, Ashlands, Dwemer Ruins, as well as other Morrowind themed content.

With Skyrim being over a year old now, adventurers have had plenty of time to level their characters to godly heights.  Depending on how strong of a character you take into Solstheim and the Dragonborn expansion, difficulty will vary.  My main was dropping even the toughest of enemies with one or two shots from a bow, and rarely taking damage in the process.  So it doesn’t necessarily feel like end-game content for Skyrim, as it doesn’t feel any more difficult to complete.  Though you’ll have you fair share of enemies to haggle with.  There’s some fun to be had in the struggle of squaring off against enemies that are more evenly matched, but most game saves are going to have a pretty easy time with Dragonborn if they’ve spent the last year leveling a character. For those that haven’t put in as much time, things will likely be much harder. Rolling back to a less adept adventurer things got considerably more difficult as each checkpoint in the main quest had at least one small boss to deal with. 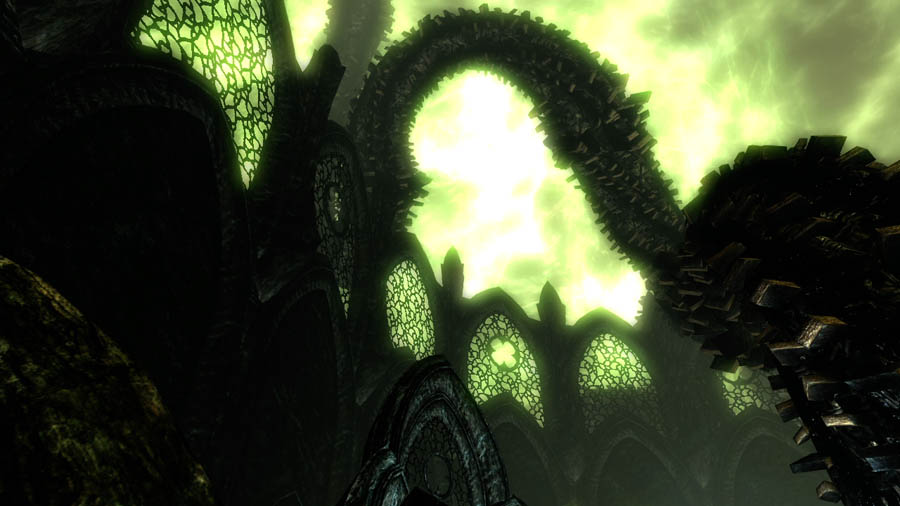 Not that Skyrim fans will need much coercing to return to the RPG, but Dragonborn is a good reason to do so. It’s easily the best of the three pieces of DLC for TESV, because it offers the best of both worlds for its player. It’s got an engaging storyline that expands on the Elder Scrolls lore, which’ll provoke thoughts about the many directions that this multi-faceted franchise can move towards. But it also gives you ample space to explore and uncover the many secrets that Solstheim holds, which is just as fun as performing your obligatory duties as Dovahkiin. Dragonborn is out now on the Xbox 360 though Xbox Live for 1600 Microsoft Points, and will be out shortly on both the PlayStation 3 and PC.