Elite Dangerous: Odyssey is brimming with potential. While the idea of transitioning between space-flight and planetside exploration is hardly a new one in this day and age, Odyssey appeared poised to completely change how commanders approached Elite Dangerous. Instead of ushering in a new horizon, Elite Dangerous: Odyssey is undercooked at its best, and utterly broken at its worst. Commanders will spend the next few months wondering why Frontier pushed this expansion out the door as quickly as they did. Odyssey barely qualifies as an Early Access title, and that’s being generous.

Elite Dangerous: Odyssey – Early Access in Every Way but Name.

If you’ve been following Elite Dangerous: Odyssey since its release last week you’ve likely noticed by now that it’s gone over as well as a lead Sidewinder. The expansion currently sits at a “Mostly Negative” ranking on Steam, thanks in large part to how roughshod the overall product is. I want to say this shouldn’t come as a surprise – the Alpha test concluded two weeks prior to launch – yet no one was expecting Odyssey to make landfall this soon after.

It’s easy to write off the general vitriol and anger as yet another case of the internet being the internet, where hyperbole is commonplace when emotions run high, but with Elite Dangerous the outrage has merit. For starters, the expansion is a bug-ridden mess, and it tanked performance across the board. I’m not talking, “just by a little bit.” I went from a locked 144 FPS at 1080p on my MSI gaming laptop running a RTX 3070 (130W) and i7 10750H, to barely holding 70 even while venturing across the empty expanse. I found it a little odd that I was losing half my usual performance when out in empty space, where the engine should arguably have the easiest time running.

Despite promises that performance would remain the same, players across Reddit, Steam, and the official forums are also reporting performance drops as significant as 50% between Horizons and Odyssey. One intrepid redditor discovered the expansion straight-up broke the renderer in Elite Dangerous. The game is actively rendering everything within your field-of-view, whether it is occluded or not. That alone has ruined performance across the board, though at least segments in space retain playable frame-rates. 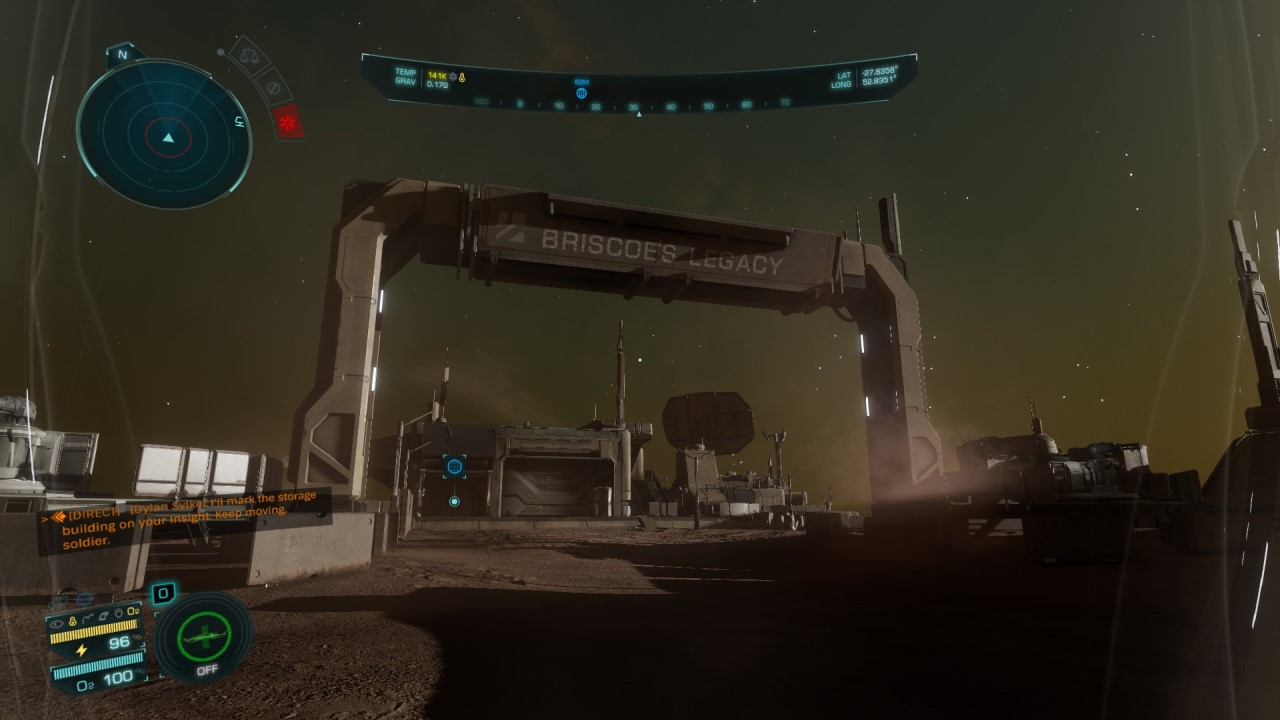 The new planetside exploration fares much, much worse. Planet generation is either outright broken, or half-baked. Most planets look like moldering potatoes: the ice planets shown off in trailers are proving impossible to find, and the different colored atmospheres based on molecular composition seem to be a bold-faced lie. Look, I’m not expecting No Man’s Sky levels of insanity in Odyssey – it is a vastly more realistic sim after all – but even Mass Effect had more planetary variety back in 2007.

Despite the flat, samey aesthetic on nearly every world, performance plummets the moment you descend from orbit. To put it bluntly, planets in Horizons looked better, and they didn’t crush PCs nearly as hard as the “updated” planets in Odyssey do. Sure, we can step out of our SRVs and ships now to amble about and explore, but at great cost to overall performance.

The drastic reduction in performance is evident both while on-foot planetside, and within the new spaceports commanders can visit for missions and retailers (among a couple other things). One of these new features are the Frontline combat missions commanders can sign-up for within supported systems. These missions are essentially PvEvP multiplayer matches: a small army of NPCs battle over control points on a selected planet, and you and any other interested commanders in the area can opt to help one side or the other in the encounter for reputation and money.

It’s a good thing these run at a rock-solid 15 frames-per-second on seemingly all PCs, cause they’d otherwise be enjoyable! Elite Dangerous: Odyssey struggles to hold 30 FPS when I’m alone in one of the cookie-cutter abandoned settlements, but these missions with their higher NPC count absolutely strangle mine and others computers. The Frontier battles should be a fun diversion – a relatively safe way to check your suit and weapon loadouts without the full punishment of death – but they’re utterly unplayable right now thanks to Odyssey’s performance woes. 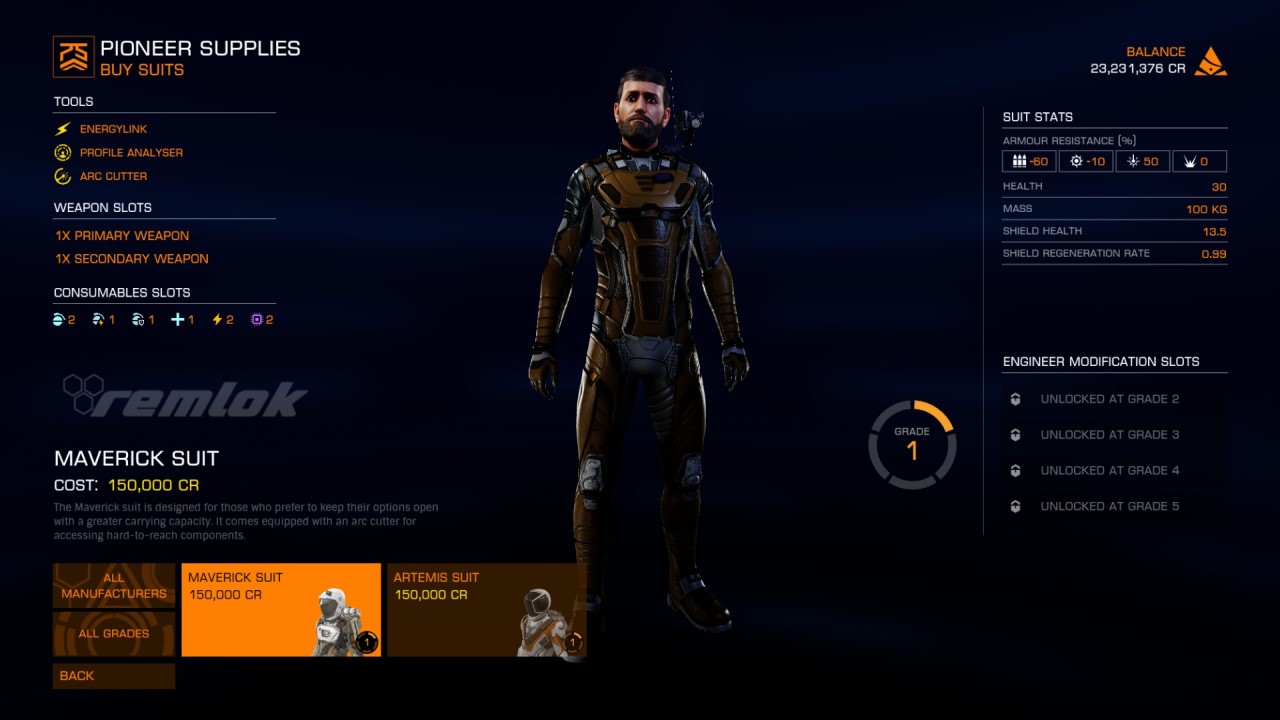 On the topic of suits and weapons, they all feel just as half-baked as the rest of Odyssey. You have different suits that compliment specific tasks and missions (much like ships) and there are a handful of different kinetic and laser weapons up for purchase. Thing is, these weapons all not only have similar designs (skins and color aside), but feel similar when you pull the trigger.

Firing a kinetic rifle doesn’t feel much different than laying down some heat with a laser SMG since the recoil and impact isn’t all that different between weapons. There’s some variance, such as fire-rate, but the overall gunplay and “feel” can be best described as serviceable. Thankfully, that means Frontier can easily improve their gunplay and ground combat, but we’d still need something more exciting to do with those better guns.

The on-foot additions to the game are so underwhelming that I can’t help but wonder why Odyssey launched as early as it did.

I can’t say the same for the on-foot exploration and missions. Arguably the key new feature introduced in Elite Dangerous: Odyssey, the ground-based additions to the game are so underwhelming that I can’t help but wonder why Odyssey launched as early as it did. There are a total of 10 mission variants, and the outposts and settlements you visit to complete them are all pretty damn identical. Oh, and that does include the spaceports you can now walk around, populated by what can be best described as blinking mannequins that sometimes dole out missions.

The precise layouts are not always the same, but you’ll quickly grow tired of visiting the same habitats, looting the same rooms, and interacting with the same NPCs (different names be damned) over and over again. The same goes for those spaceports I mentioned: Elite Dangerous is an inherently repetitive game, but the repetition that plagues the ground-based aspects added in Odyssey borders on self-parody.

That’s Elite Dangerous: Odyssey in a nutshell: promising ideas that have yet to congeal into a confident, cohesive whole. The whole expansion feels undercooked, like the “updated” UI that culled necessary information and added multiple clicks and interactions to reach previously easy to access menus. Want to swap out modules from your storage? That’ll take you roughly six clicks per slot, with a UI element to contend with at each stage. Even if you ignored the marque new features in Elite Dangerous: Odyssey, you can’t avoid the half-assed new UI. 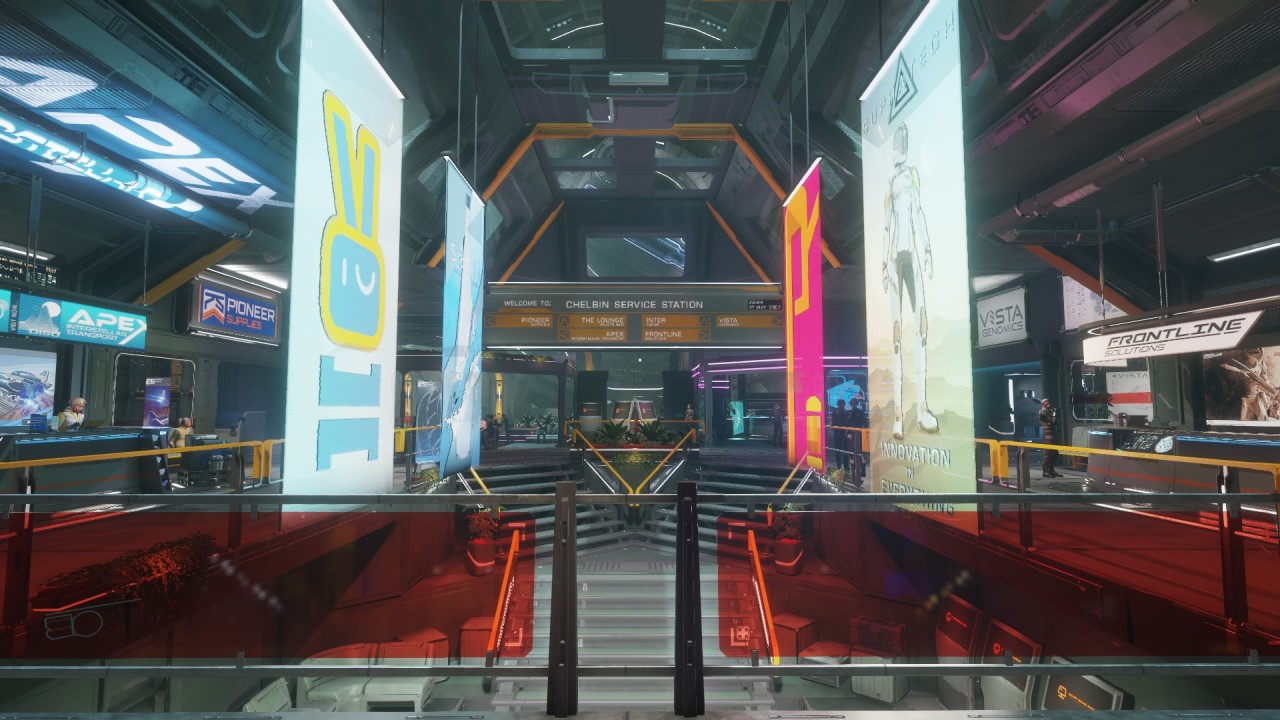 Then there are the bugs. Just so. Many. Bugs. The servers are constantly crashing, ejecting commanders violently out of their sessions. Many have returned from a kick to find all of their missions gone, items looted on-foot lost to the void, and sometimes utterly stuck if they were utilizing the new Apex travel service during the crash. The lighting contrast is beyond broken: planets often rival stars now in brightness, but the darker aspects of the image are damn near impossible to see even at max brightness. As mentioned earlier, the updated planet generation is either bugged or broken.

These are just a few of the many issues Elite Dangerous: Odyssey is suffering from. The lack of team missions and mission sharing, missions glitching out and sending commanders across the galaxy for little incentive, and other problems all come together to create one of the most frustrating expansion launches I’ve ever played, and stars know I’ve been through quite a few expansion launches.

Then there are the bugs. Just so. Many. Bugs.

Elite Dangerous: Odyssey suffering from such ills is all the more infuriating because you don’t have to squint hard to see the incredible potential. On-foot exploration and combat have the right foundations to become more meaningful and engaging. The updated UI has the spirit, but it’s very confused. The Apex travel service is actually a wonderful way to get around and complete missions when you either don’t want to risk your ship or fly the route yourself. There are glimpses of greatness in Odyssey, but they’re overshadowed by it’s various faults and failings.

Elite Dangerous: Odyssey is for all intents and purposes an Early Access product: no one can rationally argue that it’s a complete product that was ready to go out the door. From the uniform degradation of performance, the clearly work-in-progress UI, half-baked new systems, and general lack of depth within the new on-foot missions, Odyssey is an expansion that needed far more time in the oven. I don’t know why Frontier pushed it out as rapidly as they did, but they could have saved themselves a lot of grief had they either been upfront with how unfinished Odyssey was and sold it as an Early Access title, or delayed it until the end of the year. 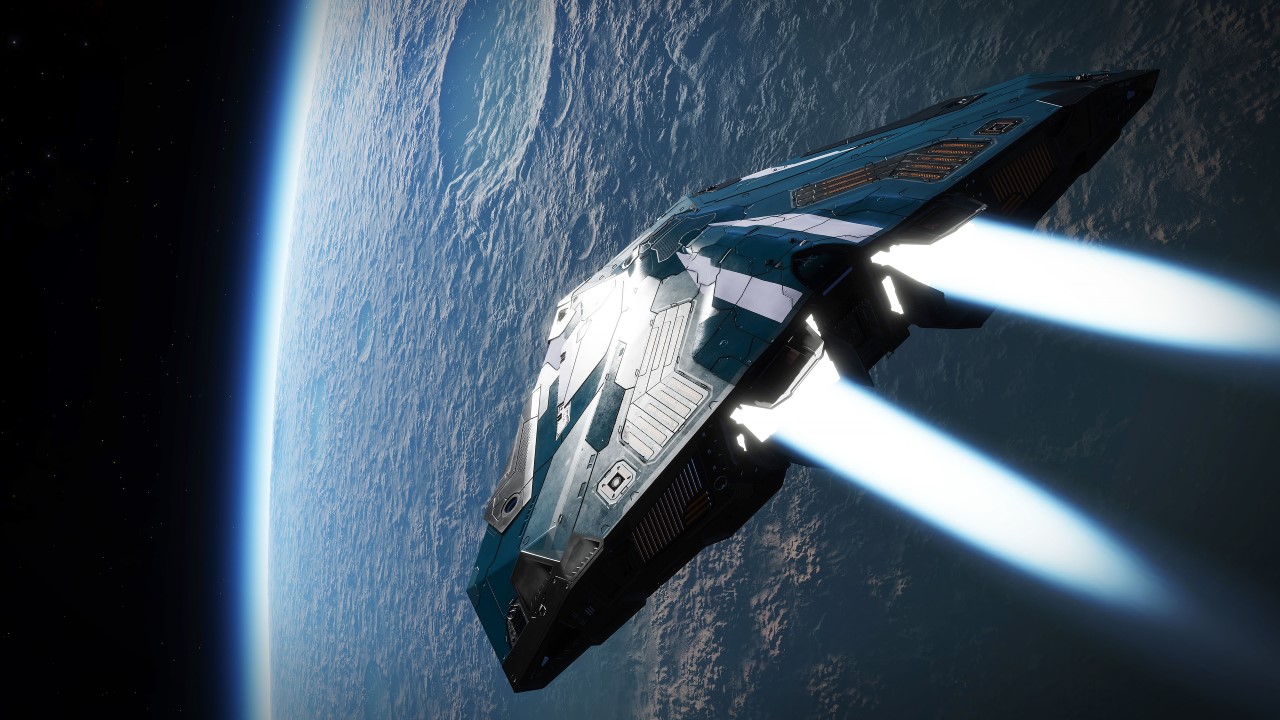 Frontier have been actively issuing hotfixes for the expansion since launch, yet that doesn’t excuse the roughshod state Odyssey released in. It’s labeled a full release and is asking for commanders’ hard-earned money, however, so it gets a full review: don’t play Elite Dangerous: Odyssey unless you don’t mind paying to be a beta tester. It may be playable in the traditional sense, but there’s little reason to drop cash for the upgrade at this point, especially when its biggest additions barely work.

Elite Dangerous: Odyssey is an unfinished expansion with some cool ideas in need of a lot of additional iteration and work. As it currently stands the Elite Dangerous PC community is beta testing Odyssey for the inevitable console launch, despite the expansion being advertised as a finished product. Unless they don’t mind paying to play in a glorified beta, commanders should stick with Horizons until the dust settles.