The classic trilogy comes together in an upgraded package 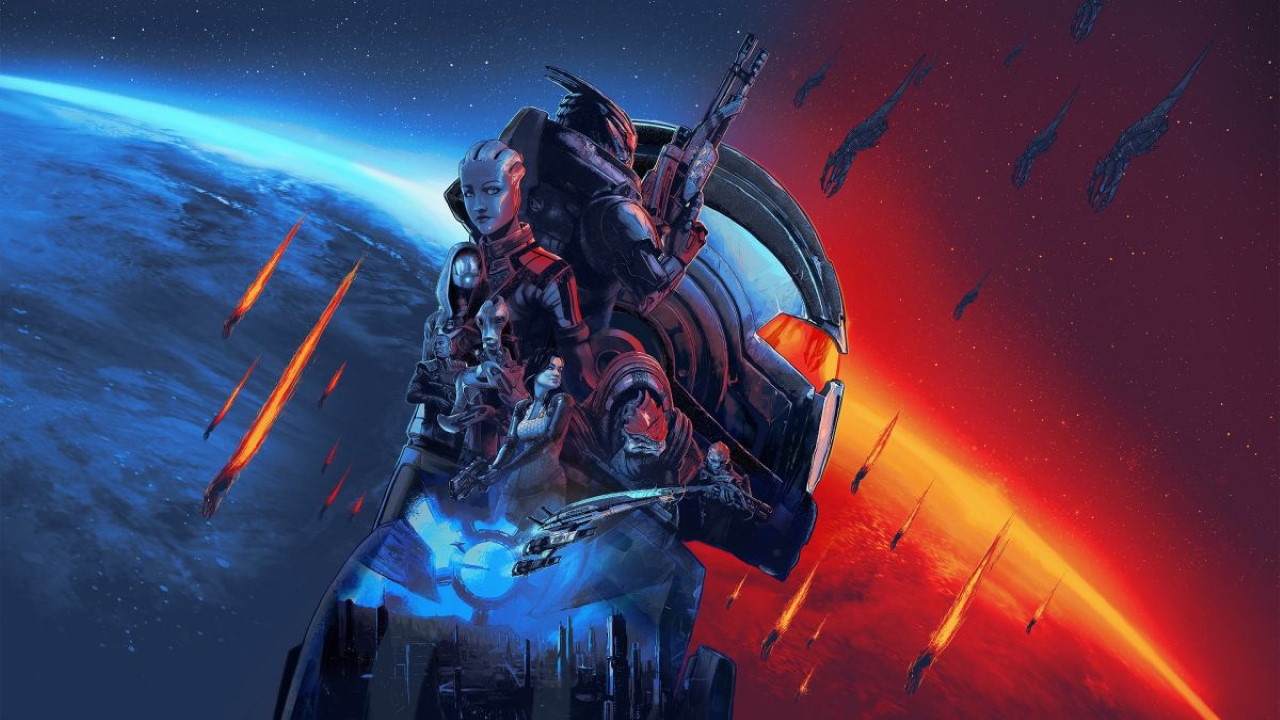 Do you know why they say you can never truly go home again? It’s not because you can’t revisit an old place. It’s still there, and often not much has really changed. And yet, when you revisit someplace that was important to you the feeling that you associated with it is often absent. This is also the case when we replay older games we loved. We expect them to look, sound, and feel as epic and awe inspiring as they did to us when we were younger, but often those feelings never appear. However, with some upgrades and extra polish we can often get it as close as possible to the experience of playing for the first time all those years ago. That’s what EA and Bioware have tried to do with Mass Effect Legendary Edition.

This new set of enhanced, but not fully remade titles offers a chance for gamers all around the world to go home once more. To revisit the universe and characters that became such a big part of their lives all those years ago. But a lot has changed since then. Tastes and design philosophy have evolved. Standards have been raised, and most of the kids who plopped in front of their brand new HDTV, or were still rocking a CRT like me, are now jaded and bitter adults (again, like me) just looking for a shot of nostalgia to remind them how gaming used to feel. So does Mass Effect Legendary Edition deliver that? Does it give gamers a chance to figuratively go home again? Sometimes. And when it does, it’s truly magical. 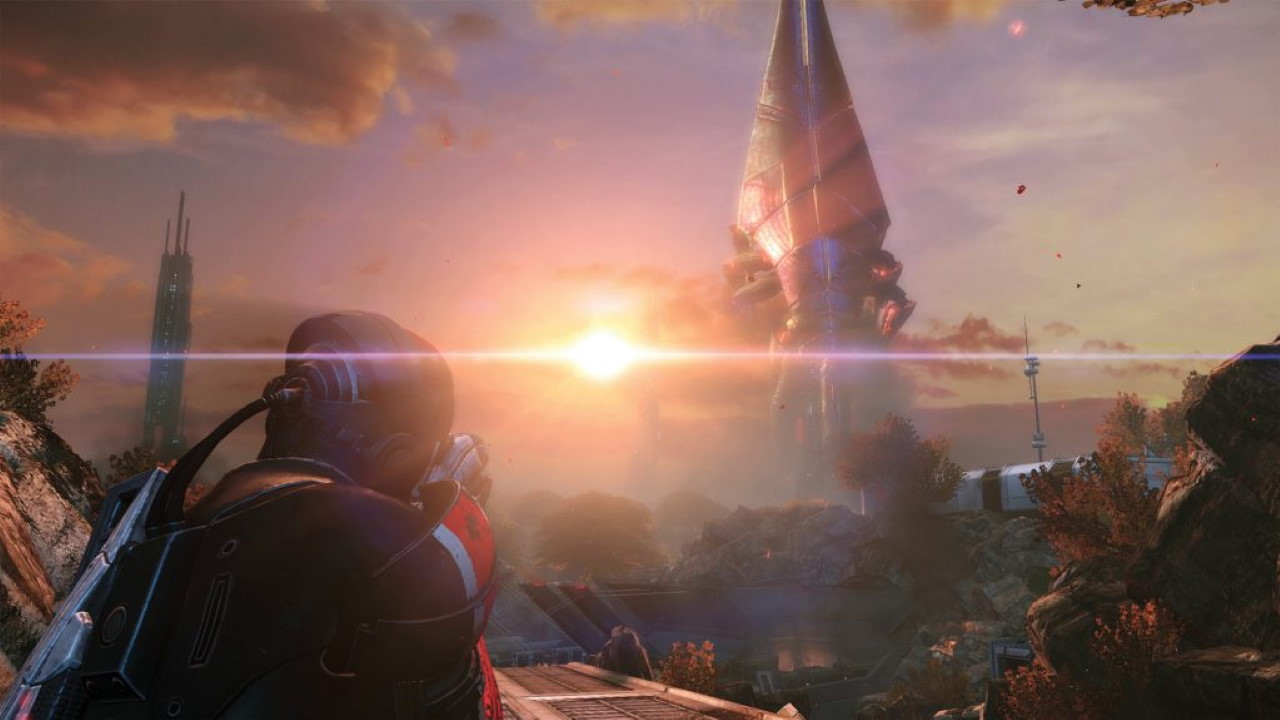 For those who’ve yet to enjoy the adventures of Commander Shepard and his ever changing crew of soldiers, mercenaries, terrorists, and scientists then you’re in for a treat. The first game offers a glimpse into an expansive universe that’s full of history and intrigue. The second game can feel a bit like a black sheep, but ultimately comes across as a fantastic standalone adventure that sets the stage for what’s coming in the finale. That finale was disappointing for many in terms of how it handled the many choices that led to its abrupt and limited ending. However, when viewed as a whole with all of those massive expectations lifted from it, the final experience is more enjoyable than it was with years separating each entry.

Across three games with dozens of hours of gameplay a piece players will explore the galaxy, make new friends, combat fearsome enemies, and uncover the threat of the Reapers while cementing humanity’s place in the cosmos. Playing them back to back does enhance the feeling of whiplash from some of the overarching story decisions, but the series still feels like a cohesive whole overall whether you’re experiencing it for the first time or are returning once again. And it’s those returning players that will enjoy it the most thanks to how well Mass Effect Legendary Edition brings them back to that comfort of their first play through.

This was a labor of love, and one intended to represent the original spirit of the Mass Effect franchise.

Mass Effect Legendary Edition combines all three of the original trilogy ME games, along with almost all of their DLC, and puts them into one neat and tidy package. More than this though, the games have been upgraded to make them more palatable to new and returning players. Better graphical fidelity, higher framerates, sharper controls, a cleaner interface and menu, and much more. The team didn’t simply take the old code, pop it on a new disc and call it a day. This was a labor of love, and one intended to represent the original spirit of the Mass Effect franchise. And it succeeds gloriously.

Playing through these three titles often does feel like going home again. You turn a corner to see an Elcor and you’re right back in front of that old TV, giddy at the site of this fascinating alien. Or you meet one of the series’ many iconic characters for the first time and all of those old memories come flooding back to you. It’s a great experience, and Mass Effect Legendary Edition is simply full of them. Every moment feels both familiar and fresh as you note the subtle changes this enhanced re-release has brought, while still retaining the original spirit of the game. 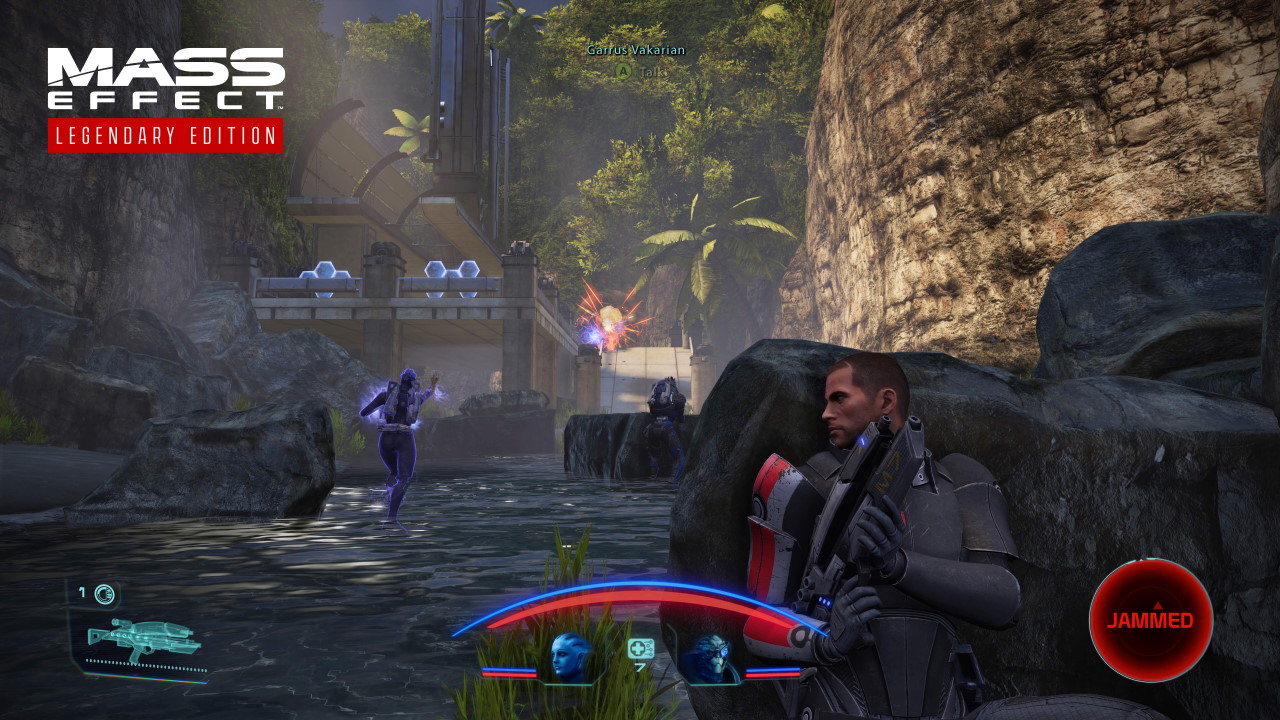 Those enhancements are most focused on the first game in the series, which was the one needing the most attention Mass Effect 2 transitioned the franchise more toward an action focus, but that first game still required a lot of running and gunning despite the mechanics not supporting it all that well. It just wasn’t quite as smooth. And that is still the case, but the upgrades here are very much appreciated and get it close enough, for sure. Aside from the rough AI and the still janky cover system, the game plays very well and fits better within the overall trilogy. Some changes do come at a cost though, with the game offering a much more muted challenge since Shepard is so much more effective now.

Mass Effect Legendary Edition takes the old games and makes them feel like how you remember them.

Weapons are no longer locked behind classes and are more accurate, so sniper rifles, shotguns, and Biotics mix in interesting and unintended ways. Shepard moves around a lot better, especially in combat, and while it’s not perfect the improved cover system is actually quite useful. Mass Effect 1’s notorious inventory system has also seen an upgrade, shifting from a nightmare to somewhat manageable. And of course the Mako has seen many improvements to its handling and controls, though it’s still not a joy to drive and its sections can drag on for too long.

But the biggest difference between Mass Effect Legendary Edition and just loading one of the old games on your newer console are the visuals. These enhancements are spread out more among all three games, though once again it was the first that saw the most improvement. 4k resolution, 30-120hz framerate options (depending on platform), improved lighting, and much more have all been applied across the trilogy. And you can view all of these enhancements with great attention and detail in the new Photo Mode, offered throughout all three games. 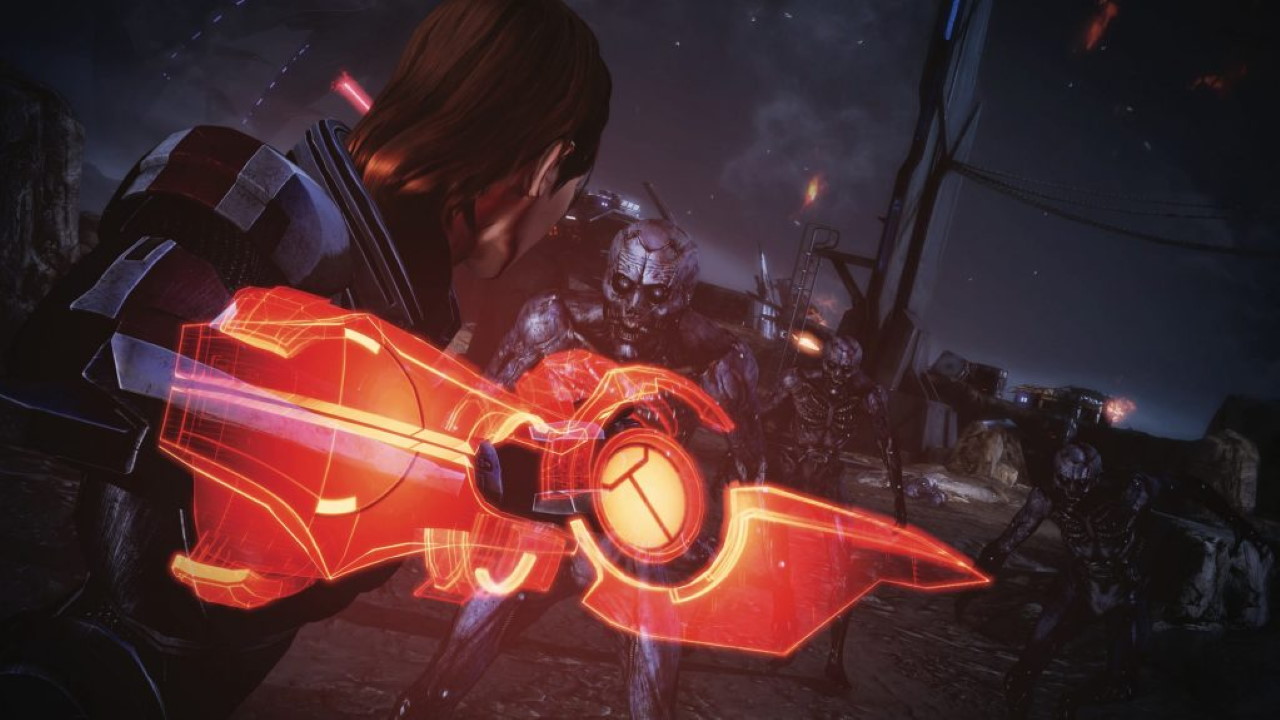 This is where the Mass Effect Legendary Edition takes the old games and makes them feel like how you remember them. It does this quite well, upgrading the games in subtle ways that enhance the previous experience rather than try to one-up it. There are some moments, such as dialogue scenes in Mass Effect 1, where it can feel a bit odd. Seeing a clearly older character model with 4k resolution and high quality lighting takes some getting used to. But the enhancements are a huge improvement all around even with these small nitpicks.

So does Mass Effect Legendary Edition perform the impossible? Does playing it feel just like going back home to the original games? Of course not. But it does something almost as good, and often better. It’s like going back home to find that everyone has done well and is living happily. Playing it gives you all of those nostalgia hits you expect, but it does so while also making them work for the more jaded and demanding modern audience. To stretch the metaphor one last time, playing Mass Effect Legendary Edition is like going back home and finding out that everyone you loved is happy, healthy, and living a good life. They might still show those old flaws you remember, but they weren’t held back by them and they come across as more of a fun quirk rather than an impediment to happiness.

Mass Effect Legendary Edition is a fan’s dream come true. With all three games and almost all of their DLC included in one upgraded package there simply isn’t more to be asked for here other than a full remake. The enhanced visuals are great. The gameplay changes are all for the better, especially in the first game. If you’ve played them before and have been yearning for a return to the Normandy then this is exactly what you’ve been waiting for. If you never experienced the trilogy in its original form then this is the definitive and ultimate way to do it. Mass Effect Legendary Edition is a fantastic collection of three of the best games ever made.