The latest news in the world of video games at Attack of the Fanboy
April 10th, 2018 by Kyle Hanson 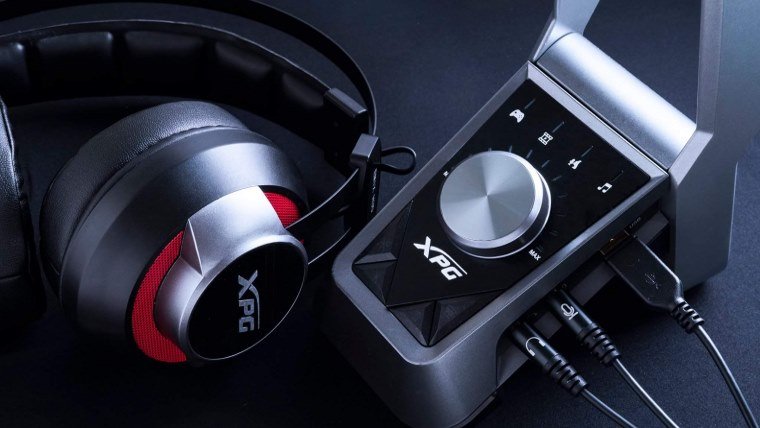 As PC gaming is on the rise, a good headset has become more and more important. It’s almost became an arms race of sorts with companies like Logitech, Corsair, Turtle Beach, and Astro pushing the technology to the limits. This year saw the introduction of a new contender though as Adata jumped into the headset game with the premium EMIX H30 Gaming Headset + SOLOX F30 Amplifier bundle. The set looks impressive and comes with all the bells and whistles you might want out of a new audio experience. It’s a nice debut for the company, but things aren’t perfect once you dig deep into the capabilities of the headset and its peripherals.

This bundle is very handy if this is your first foray into a PC gaming headset. Inside the box you get the EMIX H30 headset itself along with the SOLOX F30 Amplifier, a travel bag, and a headset stand. Hooking this all up takes little time and you’ll only have to reference the directions once or twice, if at all. One part of setup that’s a bit tougher is attaching the included microphone to the headset. You have to locate tiny dots to orient it correctly or it will fall out. The quality is worth the effort though, as this microphone is pretty top notch, and the long, bendable cable is a dream.

But you buy a headset for the audio in almost all cases and this is where the EMIX H30 does fall behind the competition. First off, this is a stereo headset that offers simulated 7.1 surround sound. Some people enjoy this, but in my tests I found it to be quite poor. In almost all cases I preferred plain stereo sound over the simulated surround sound, so that feature remained off after testing was complete. This was especially true with music, which became a massive cluster of random directions whenever the 7.1 feature was left on. Messing with the options helps, but never fully fixes the problem. 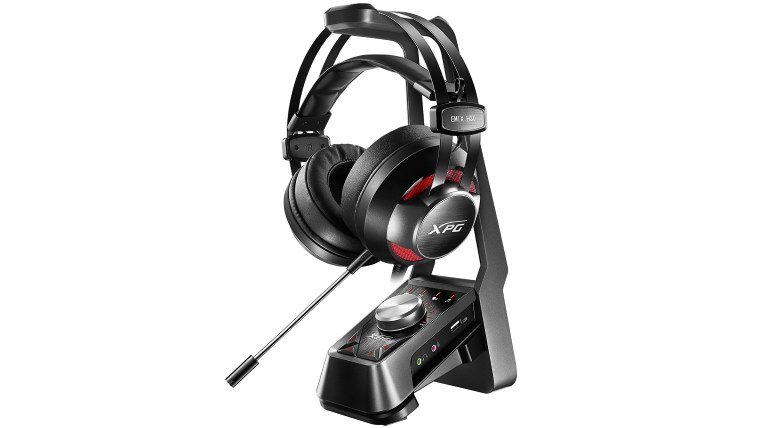 Once you settle on those options you have a few more to choose from. There is no default audio preset equalizer, you have to choose from the four options available, which includes presets for music, games, movies, and speech. None of these are particularly good out of the box, but can be modified to reach a nice balance of high and low audio. The headset itself can push some pretty powerful bass, though the higher tones do get washed out if you don’t fiddle enough with the software equalizer. This would be easier if you could just have a standard audio option, because gaming ends up too bass heavy, music is a garbled mess, and the other two are still off by a wide margin until you customize them.

All of this adds up to a decent, but not overly impressive audio bundle

All of this is controlled in the decent but fairly sparse XPG audio software suite and on the SOLOX F30 Amplifier or soundcard. Having these tools right at your fingertips is nice, and if you haven’t had a separate soundcard like this before, you’ll enjoy this one. It clicks right into the headset stand with a magnetic seal, so it’s secure on your desk and easy to access. The volume knob is nice, and it’s a great feature to be able to hook up separate speakers and send audio to both them and the headset, or either as you need. The build quality isn’t ultra high though, as everything is plastic with only a bit of metal in the headset itself.

That does raise the build quality of the headset a bit though, and buyers will likely be happy with it. This was my first one-size-fits-all headset, with a piece of fabric that adjusts to your head, rather than being able to click the headset as needed. This has benefits, with the headset not requiring any work to adjust to your head, but if it doesn’t sit right, then there’s little you can do about it. For me, the earpieces were a bit loose around my ears, allowing audio to bleed in and out, but only in minimal levels. Overall the headset was comfortable and fit well, with only minor quibble to speak of.

All of this adds up to a decent, but not overly impressive audio bundle. The software is passable, the amplifier/soundcard is neat but nothing special, the build quality is solid. But it all comes down to the audio quality and that’s where the EMIX H30 Gaming Headset + SOLOX F30 Amplifier falls flat when compared to other headsets within the same price range. If you’re looking for an all-in-one package and don’t have a need for true surround sound, you won’t be disappointed here. For more discerning customers you’ll likely want to look elsewhere.