The latest news in the world of video games at Attack of the Fanboy
November 20th, 2014 by Joshua Garibay 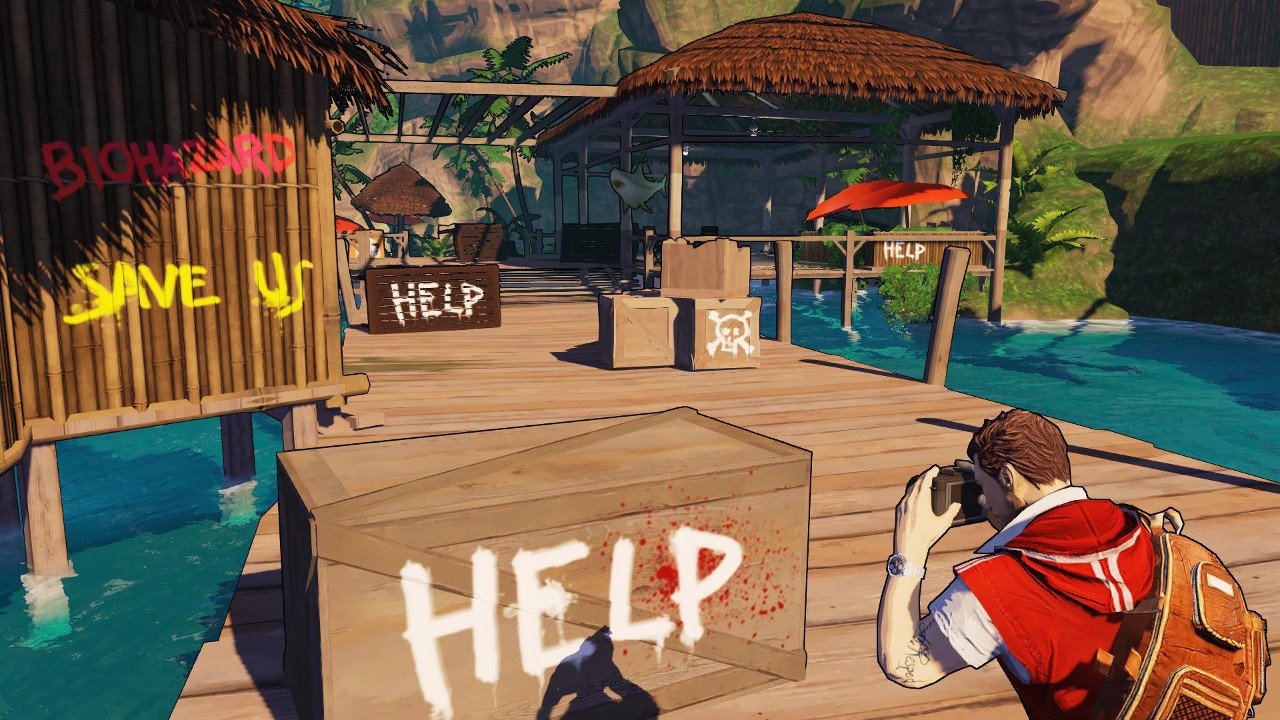 Escape Dead Island is a major deviation from the series’ past offerings. First-person is traded in for third-person; survival adventure is taken the place of action-RPG; and cel-shaded visuals replace the previous realistic style. Fatshark, the team behind it all, have clearly tried to make their entry stand out in this universe and provide a vastly different experience to fans of the franchise. In the end, all of these changes mean nothing because, put simply, Escape Dead Island is a terrible game.

Escape Dead Island stars Cliff Calo, a horrendously bland protagonist who seeks to resolve his daddy issues by providing his media mogul father with firsthand documentation of the zombie outbreak that has caused so much mayhem throughout the other games. This leads Cliff and his two wildly uninteresting buddies on a (stolen) boat trip to Narapela, which resides within the same group of islands as the first Dead Island’s Banoi. The three aren’t given much time to settle in before things go awry and our super intriguing lead falls unconscious.

From here, the story revolves around two primary components: unraveling the mystery surrounding the origin of the outbreak and deciphering between reality and pretend in Cliff’s messed up noggin. The premise sounds interesting enough and may serve as the only real source of motivation for some to push through the painful experience. The surreal events playing out create moments that indicate a lot of potential hiding beneath the surface. However, it is not enough to motivate players to dive deep enough to figure it all out. Dead Island isn’t known for its deep storylines or lovable characters. So a game revolving around expanding the canon of a universe that isn’t all that engaging does not do much to titillate the player’s curiosity, especially when so many other subpar aspects of the game squash any desire to uncover this knowledge early on. 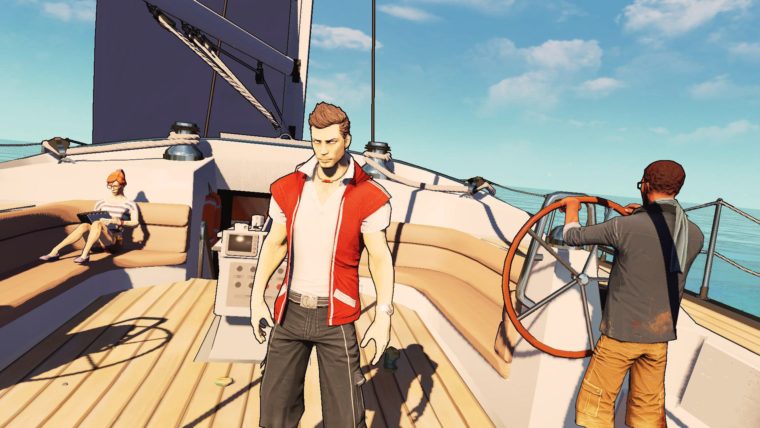 In fact, Escape Dead Island does away with what made the series so unique and fun. Cliff Calo will stealthily sneak around zombies in this single player-only journey using a laughably small set of weapons. And these aren’t insane weapons like flaming machetes or Tesla hammers. Instead, Cliff uses a screwdriver for quiet stealth kills, with a somewhat satisfying and brutal animation. This is later upgraded to the more efficient knife. Then there’s the upgradable hatchet, which is obtained without the crucial Dead Island component of crafting. The lack of loot further accentuates the decision to omit this feature. Guns do appear, but they boil down to a pistol and shotgun. Fortunately, despite the game claiming to be survival horror, ammo isn’t hard to come by. So at least comfort can be taken in the fact that some areas can be sped up through heavy firearm use or just sprinting. Of course, running through areas will deprive you of taking pictures Frank West style. Yes, there’s a camera. No, it isn’t fun.

The stylized visuals create environments and characters that are textureless, resembling a game out of the sixth console generation.

I found running to be the better choice in several cases because Mr. Calo can’t absorb blows as easily as Sam B. or Purna. Any zombie can take the player down in a few hits. Running in circles until health regenerated became a valid, but depressing, tactic. Health can be upgraded via medkits scattered around the island, but all it really did was marginally expand an invisible health bar. So progress was never truly noticeable.

When running isn’t an option, stealth will have to be utilized. Zombies go about their business, usually chomping on bodies, until the player makes noise or enters their peripheral vision. Their peripheral vision, however, is hard to determine at times. You may believe you’re sneaking around well enough only to notice the exclamation mark above a zombie’s head start to fill up. In the event that they are fully alerted, you will have to deal with the game’s clunky regular/heavy attack options. Swinging your weapon was a chore and never really felt all that responsive. Even the finishers that appeared for knocked down enemies were boring. Basically, combat never managed to be all that entertaining regardless of which approach was taken. 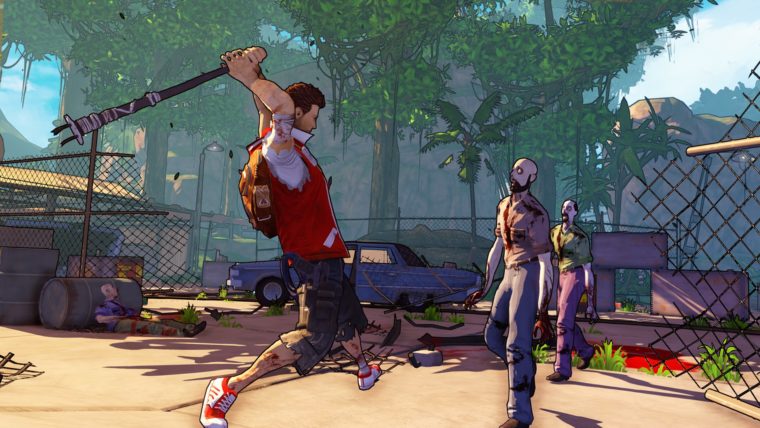 Narapela, the playground for this outing, may deceive you into believing it is an open world, but it is not. Exploration felt pointless outside of gathering even more pointless collectables that provide snippets of story background. Most areas cannot be accessed until an item, such as a grappling hook, or upgraded weapon is acquired. This results in a ton of backtracking through the environment. It is a design born from Metroidvania games, but its execution here is poor.

The last major offense comes in terms of the visuals. Escape Dead Island adopts a cel-shaded, graphic novel art style. It’s similar to 2003’s PS2/Xbox/Gamecube shooter XIII, with similar onomatopoeic words splashing across the screen following actions. Unfortunately it also has about as much detail as that game. The stylized visuals create environments and characters that are textureless, resembling a game out of the sixth console generation. This isn’t acceptable in 2014. New-gen systems are here and we have a game that doesn’t even look like an early title from last-gen.

Escape Dead Island is not just a disappointing Dead Island game, it’s a disappointing game in general. The lacking characters and setting do nothing to help the uninspired gameplay rise from mediocrity. The “is it all a dream?” premise can be thought-provoking at times, hinting at what could have been infinitely more compelling, but it falls short in nearly every other area. This may have passed in the PS2 era, but it isn’t an attractive package nowadays. If you’re dying to play a spinoff of Techland’s titles, you’re better off playing Dead Island Epidemic, an early access title that is already a more complete and rewarding experience than Escape Dead Island.