The latest news in the world of video games at Attack of the Fanboy
August 21st, 2016 by Dean James 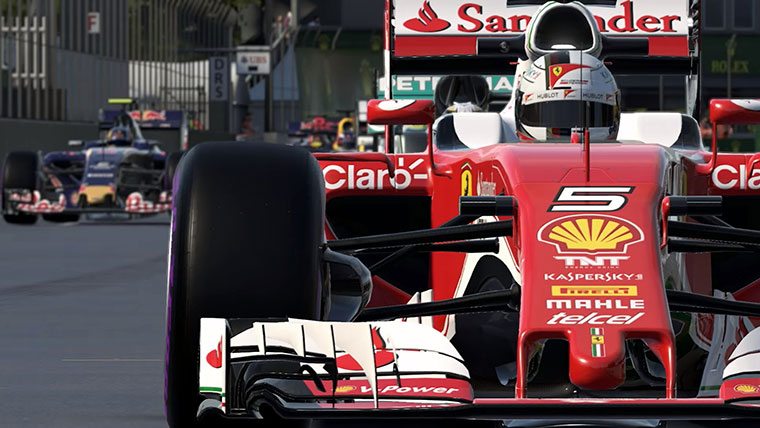 While NASCAR might be the king of racing in the US, Formula One Racing easily has much more of a worldwide appeal. Games based on the sport date back all the way to 1976 when Atari released F-1 for the Arcade, which has been followed by a variety of different companies over the years. The most consistency however has come most recently with the series developed and published by Codemasters, the latest of which is known as F1 2016.

After an initial entry on the Wii and PSP in 2009, the first full year for Codemasters with the Formula One license was with F1 2010 on Xbox 360, PS3, and PC. The series started off very well, but has seemingly seen a reduction in quality in each subsequent year, with last year’s entry lacking many of the features that made the early games so well received. This has thankfully been rectified this time around, especially when it comes to the return of Career mode.

Career is typically the most important game mode in a sports title, as it allows the player to envelop themselves in that world for an extended period of time, while also having the most simple modes available as well. This is why F1 2015 was so disappointing, but Career in F1 2016 comes chock-full of options and content for players to experience.

Before even jumping in, players have a lot to choose from when it comes to Career mode, including the option of the much more advanced Pro Career. Regular career however gives players the option of the length of the competition from practice sessions, qualifying, and especially the Sunday race as well. While Pro Career is an option otherwise, Career itself has seven difficulties levels of its own for you to choose from, so you can easily tailor the game to your level of experience with F1 racers. 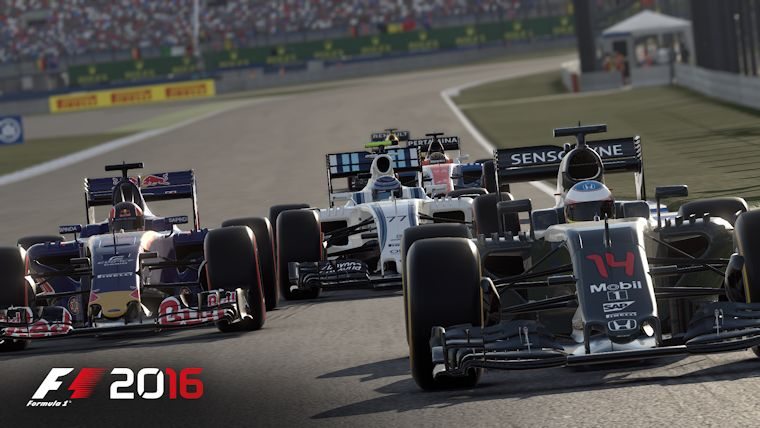 There is a rather lackluster character creator included where there are only 20 facial designs to choose from, with no level of editing involved. You can pick a helmet type and mess around with the colors a little, but this is something that may disappoint some players that like to immerse themselves further in the game with a robust character creator. Considering that the game is handled mostly from a first-person perspective though, this really isn’t that big of a deal outside of the avatar icon itself.

Regardless of the game mode, you will always have an option of one of the 11 Formula 1 teams, whether you are choosing one of the two existing racers from that team to use, or in the case of Career mode taking the place of one of those racers. How these really differ in Career though is that the various teams have differing team expectations, which also factor into other areas of the experience.

Teams like Red Bull Racing and Mercedes AMG Petronas expect you to win a championship within 1-2 seasons and have higher R&D costs, though they offer immediate short term gains. The next level of teams like McLaren-Honda and Haas expect a championship within 2-4 seasons with a 5% career bonus, while the lowest level are more focused on long term success beyond four years, allowing players to improve themselves and also includes a 10% career score bonus. This tiered system works well in the game as it lets you decide what style and pace you’d most prefer to have in the game, which also meshes very well with the ranged difficulty system.

Career mode itself is rather in-depth, which makes the entire experience feel like a lot more than just being given one race, followed by another race, and so on. Instead, your goal is to collect more resource points as you play, which can be accomplished through practice sessions that have you completing various tasks on the track in which you’ll be racing that weekend. Not only can you earn these points to help your R&D, but you’ll also have the ability to gain knowledge of the track in advance of the Sunday race. The game is built to where you don’t have to be a master of these practice sessions to obtain a number of resource points, which really does help to even the playing field for all sorts of players. 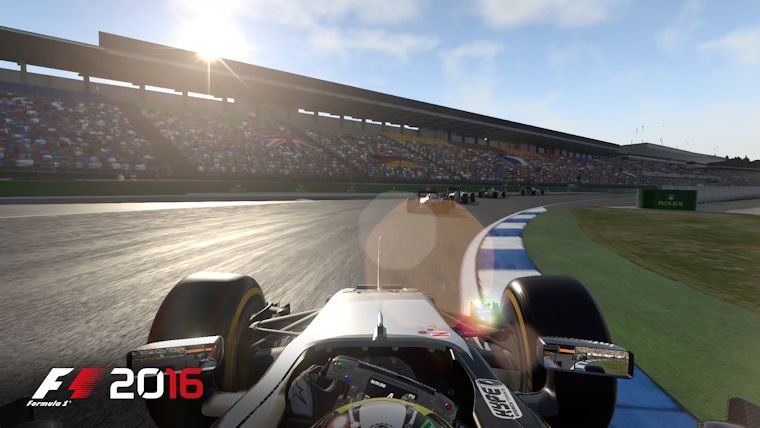 The different race weekends are linked together with actual cutscenes where different people will come and discuss with you aspects of the upcoming races. This is a neat little inclusion, though nowhere near the level of something like the NBA 2K series has done in recent years, and is certainly a possibility to be built upon in future entries.

While Career is the main attraction, F1 2016 also has a few other modes that are available for you to check out. Championship Season is essentially a less in-depth Career, where you’ll be racing in a season style mode, but without all the distractions of the in-between cutscenes and such. Quick Race takes it down another notch further by simply letting you take part in one single weekend event, where you can choose to have practice and qualifying sessions included or not as well.

Manages to revitalize the series

Like you would expect from any racer, F1 2016 includes a multiplayer option for you to actually take on other players. Sadly, splitscreen multiplayer isn’t included for local play, but you can take the game online to play against friends or random players. For those that want to compete with others but not in a live race, the Time Trial mode is included to let you face off against ghosts based on real life players that have completed each track.

The racing itself in F1 2016 is just as you would expect it, though it definitely has quite a steep learning curve for newcomers. The lack of a real playable tutorial hurts, though you will always have the practice sessions before a race to better yourself. However, this is still going to cause new players to struggle early on in F1 2016, even in the basic Quick Race scenarios. There is the inclusion of the Forza like Flashback feature where you can rewind to correct a mistake, but this won’t help in actual competition. 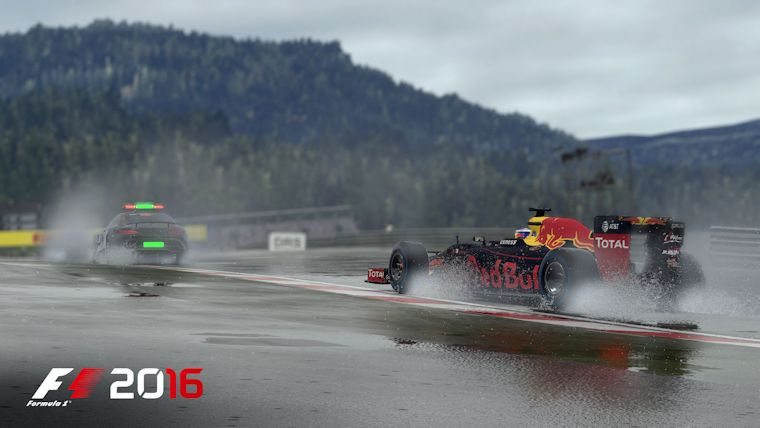 Regardless of the game mode, what is possibly most impressive is the variety of different race tracks found in the game, with 21 distinct locations included. Just like the sport, these tracks span the world as you can travel to China, Monaco, and of course the US. Each of these tracks are very well designed and do a fantastic job at representing the real life locales that they are representing. With the inclusion of dynamic weather conditions, the track can also handle quite differently when wet as well.

Games based on F1 actually date back longer than most game series, but they definitely have featured a lot of change over the years as many different developers have been involved. Last year’s entry continued the downward slide of the series in recent outings, largely due to a lack of features, but thankfully F1 2016 manages to revitalize the series with the return of Career mode in one of its best entries to date.