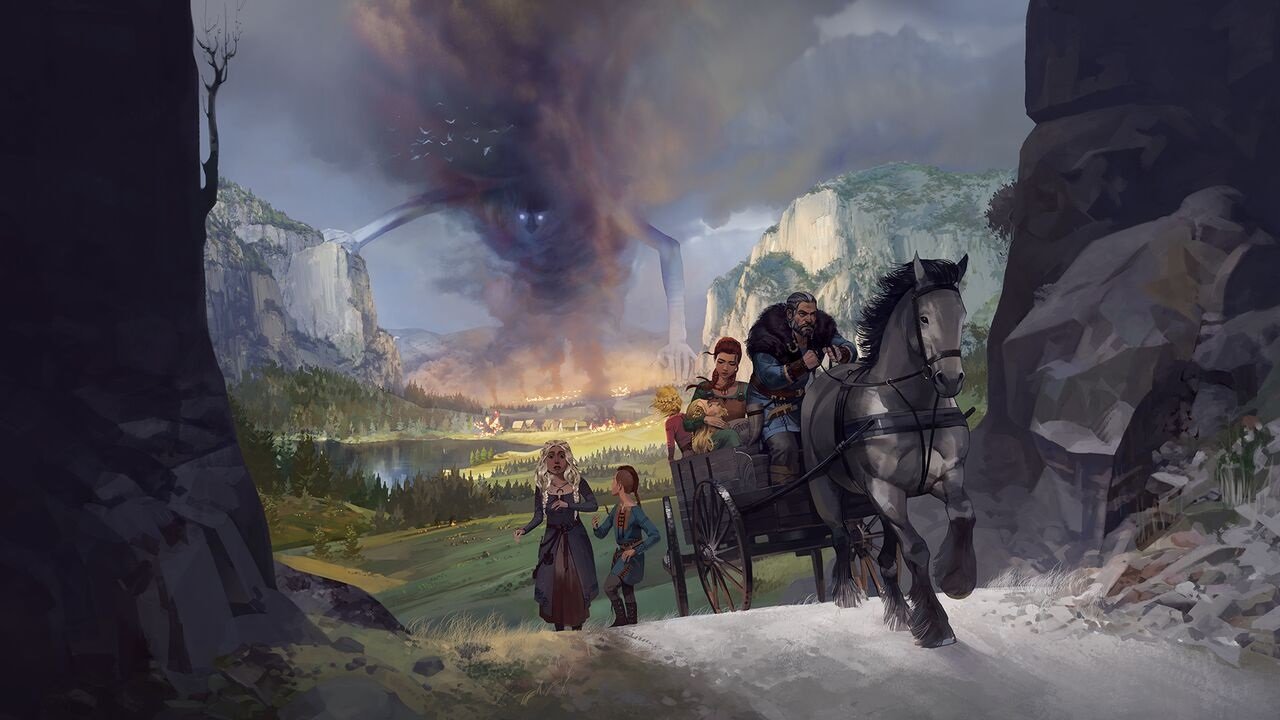 Virtual Reality is in a very strange and interesting place right now. The technology is available, but not yet at a price (or stock level) where it is in most gamers’ homes. It has a lot of games out, and developers seem devoted, but with this smaller market they have to do everything they can to maximize their return on investment. This has resulted in what many new technologies have seen in the past. Namely, a glut of tech demos and smaller experiences. In fact, most VR games currently don’t even try to tell a story, with most just tossing the player into a world and letting the gameplay take charge. Fated: The Silent Oath is not doing this. Instead it tells an actual story, with real characters, and a fascinating world. It is still a woefully short experience, clocking in at about 2 hours, but if you have a VR headset and are dying for something other than wave-based shooters or similar experiences, then you should be very intrigued.

Fated: The Silent Oath tells the story of a recently deceased Viking, and his family. The main character may be deceased, but he quickly gets better thanks to a deal with a goddess of sorts. In exchange for returning him to the land of the living, and his promise of protection for his family, he will lose his voice. Of course, you make the deal and wake up to find your family in a truly dire situation. They, along with their village, have had to abandon their home and set off for a safe harbor somewhere in the wilderness. On this journey you will grow attached to your family, as you take on various challenges, all in first-person via VR. 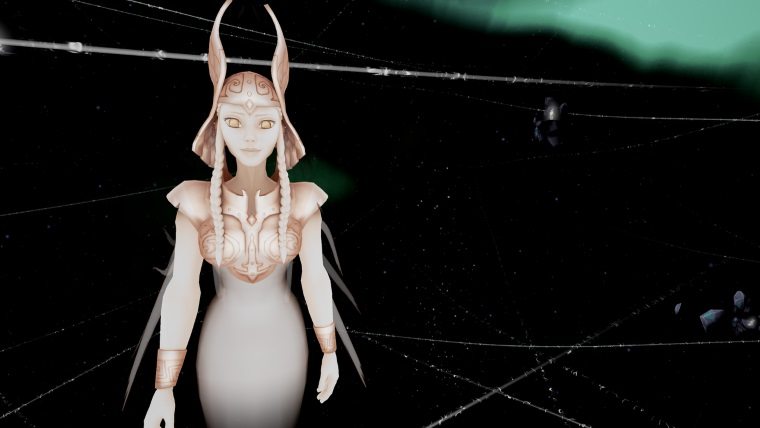 Fated takes a lot of risks in its implementation of VR. We’re at this stage where developers are figuring out what works, and what doesn’t. Some play it safe, while others, like Fated’s developer Frima Studio, take on challenges and come away with something unique, but also flawed. The entire game plays in first-person, with you always looking out the eyes of the main character. This endears you to his family and situation, as it is your family, and your situation. You quickly grow attached to his wife, daughter, and nephew, and will work harder to keep them safe, simply due to how well the game puts you right in the middle of the narrative.

Fated takes a lot of risks in its implementation of VR

However, with this come some challenges that Fated doesn’t quite overcome. This was one of the few VR games so far where I felt some motion sickness, and it got pretty bad in some areas. The reason for this seems to be the limitation placed on the game, with it not utilizing room-scale or motion controls in order to not limit its audience to just Vive owners. This is totally understandable, but it also takes some qualities away from the game.

For example, much of your time with Fated is spent walking around as the story goes on around you. There are other sections, such as the epic wagon chase scene, most of which work extremely well. However, during the walking scenarios I found myself getting quite queasy at times, due to the way my movement was limited, while still allowing me to freely move my head and body. It doesn’t help that your character always walks at a snail’s pace, with no run button to help out.

In fact, Fated doesn’t really use buttons, instead opting for the two triggers on the Xbox controller (or whatever controller you end up using). Each trigger controls one of your arms, allowing you to raise them when needed, and interact with objects. It’s a simple and elegant solution, allowing for a lot of variety, but the game never really expands on it outside of the necessary parts. I kept finding myself trying to interact with objects, raising my hands at different points in the game, only to find that nothing would happen, and I just had to keep walking to the next checkpoint. You can also interact with the game via head movement, either nodding for yes, or shaking for no. Throughout the story you’ll be asked various questions and can respond, which does add to the immersion, but your answers don’t change a whole lot about the plot. 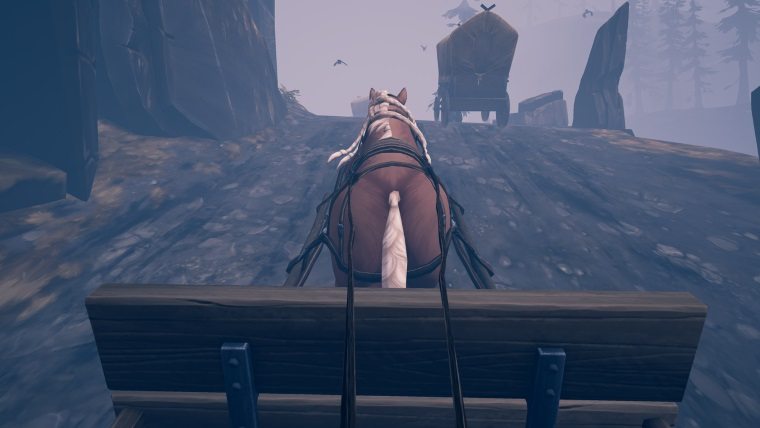 That’s the overall theme of Fated: The Silent Oath, and many other VR games at this point. It has a lot of interesting ideas, and implements some of them decently, but the overall package doesn’t deliver on the promise. Gameplay is woefully anemic throughout most of the game, with a few standout set pieces that make for some really engaging sessions. But for the vast majority of the short experience you’ll feel like this is a tech demo with a story on top.

Thankfully that story is pretty good, and does a fine job of keeping the player engaged. Most VR games don’t even try to have plot, so Fated is already ahead of the curve there, but with decent voice acting and an immersive world you’ll find yourself thinking about Fated much more than your other VR titles. The music is a true standout as well, with a very pleasant soundtrack throughout the two hour affair.

Being only two hours is a bit of a problem though, especially considering the current price of $19.99. Most of the time price shouldn’t be a factor in a review, but for such a short game to cost so much, it is noteworthy this time. And this isn’t a totally complete experience, with at least one more episode planned for later, with more possibly coming if the game does well enough. We don’t know what the model will be for those future episodes, but if they are full price each then many will find themselves very turned off by the cost. 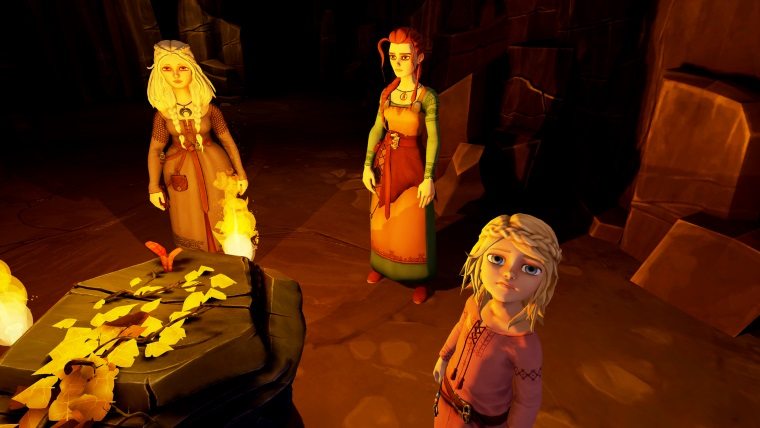 Luckily those two hours are pretty enjoyable while you play them, so for those starving for VR content Fated makes a whole lot of sense. However, it doesn’t do much to truly take advantage of the technology, so it’s more of a demonstration of how a traditional story-driven game can function in this new VR world. Shooting arrows and driving a wagon is great fun in VR, but those sections make up a very small percentage of your time with Fated.

Fated: The Silent Oath takes a lot of risks with the new VR technology, and while some pay off, most do not. It is fantastic to see innovation in this space, and a game with a true narrative is appreciated. The story itself is also pretty enjoyable, though currently incomplete, leaving most frustrated that there seems to be more plot just after the credits roll. However, the gameplay is fairly dull when you’re not in one of the few marquee action moments. This is definitely one of the more intriguing VR games out there at the moment though, so if you’re fed up with arcadey experiences, you should give it a look.