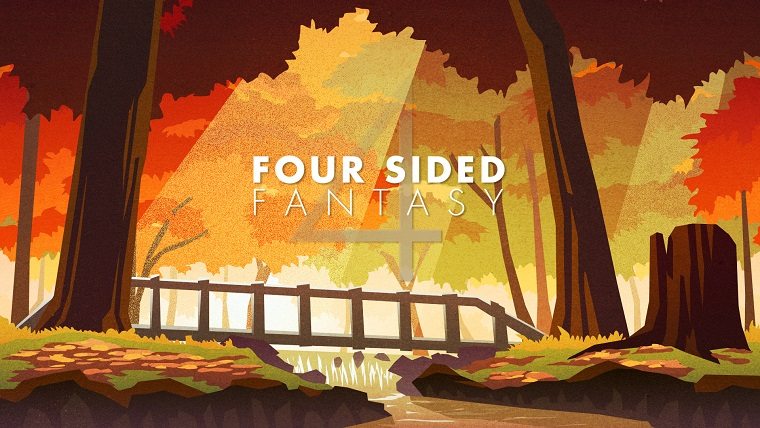 2D puzzle platformers have proven to be a retro genre that can still come up with surprises when you least expect it, delivering an experience that actually stays with you more than many modern experiences do. Braid’s manipulation of time was one such instance of this, delivering a unique mechanic that forced people to look at puzzle platformers in a completely different way. While the similarities to Braid aren’t vast, Ludo Land’s Four Sided Fantasy similarly bases its premise around a unique mechanic that makes it an experience that is entirely its own.

The concept of the game is actually very simple, as it brings back the mechanic of screen wrapping (exiting the screen from one side and reappearing on the opposite side) and makes it the basis of all its puzzles. The controls are very simple as all you have to know is how to move, jump and activate the screen wrap power, though beyond that point the game basically leaves you to fend for yourself throughout its variety of stages. You can power up your screen wrap at any time to try and maneuver the ever-changing landscapes, though the mechanics will change so that you’re constantly figuring out new ways to use the power.

You control a boy and a girl as you make your way through this brief adventure that only lasts 2-3 hours, and one will usually take the place of the other as they exit the screen through screen wrapping. There’s no opening plot synopsis to give you any insight into these characters, and there is absolutely no dialogue to be found within the game to develop them or even provide a true plot. Instead, the game tells a story entirely with its serene and ethereal music and cute-but-hypnotic visuals, leading you on an adventure that confounds with its meaning just as much as it does with its puzzles. 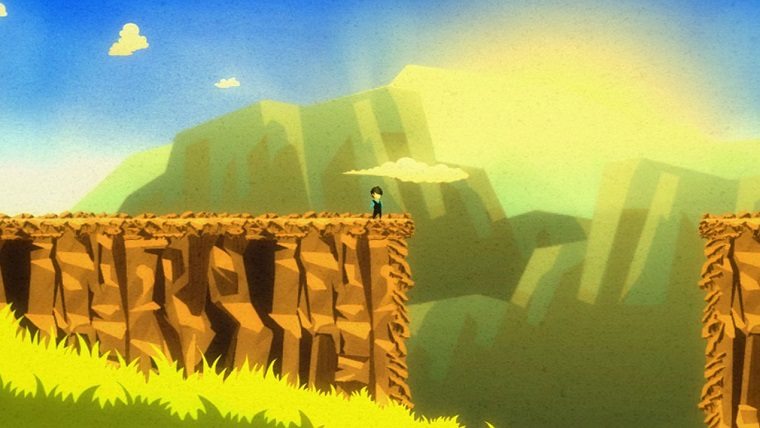 As you progress through the game you will find that the seasons will change, and this is when the game starts to throw wrenches into how the screen wrap mechanic worked previously. The game incorporates things like upside down ceiling walking, working with two different screens at once and even background and foreground navigation that all hinge on screen wrapping, and they can lead to some pretty ingenious puzzles along the way. There’s a constant sense of uncertainty when making your way through each challenge, as at first you have no idea what your actions are even going to result in.

The game’s lack of hand-holding is refreshing, though it can lead to some frustation

This proves to be a double edged sword for this game, though, as it leads to many instances where you’ll be scratching your head trying to figure out how to proceed for lengths longer than is appreciated. While I’m all for a good challenge in a game, Four Sided Fantasy’s lack of tutorials of any kind mean that you’re entirely on your own when it comes to figuring out new mechanics. I don’t expect the game to hold my hand, but just a little bit more to go on with each new gameplay twist would have saved some frustration.

It’s hard to get too angry at the game, however, as its lack of explanations are part of what makes it so intriguing. You have no idea why you’re on the journey you’re on or even where you’re journeying through, with only the faintest of hints being left throughout the game’s level design to allow you to come to your own conclusions. Most of the game is set throughout lush wooded areas or mountains, yet every now and then you will find a random security camera watching you. It’s these little details that keep this adventure interesting and gives you a sense of purpose within it to try and figure it all out on your own, though the finale is as baffling as anything else in the game. The aforementioned sound and level design need to be commended, as well, as even though they’re basic for this day and age they fit perfectly with the game’s theme. 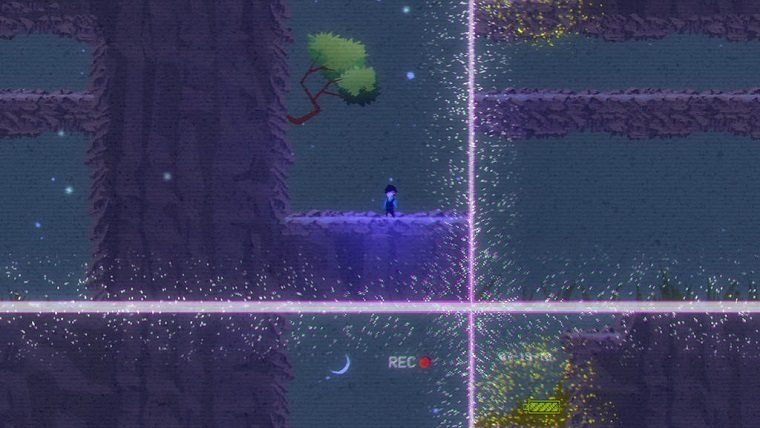 Four Sided Fantasy is a very unique game despite appearing as the opposite on the surface. It turns out that bringing back a mechanic that was featured in many retro era games can result in some truly original experiences if used correctly, and that is exemplified here. While the game’s lack of explanation can test your patience at times in both gameplay and its lack of a traditionally-told narrative, it’s also what keeps things engaging from start to finish. Puzzle platformers may not be on the cutting edge of what’s fresh and original in gaming these days, but Four Sided Fantasy shows the genre can still deliver surprises.