The latest news in the world of video games at Attack of the Fanboy
December 4th, 2014 by Kyle Hanson 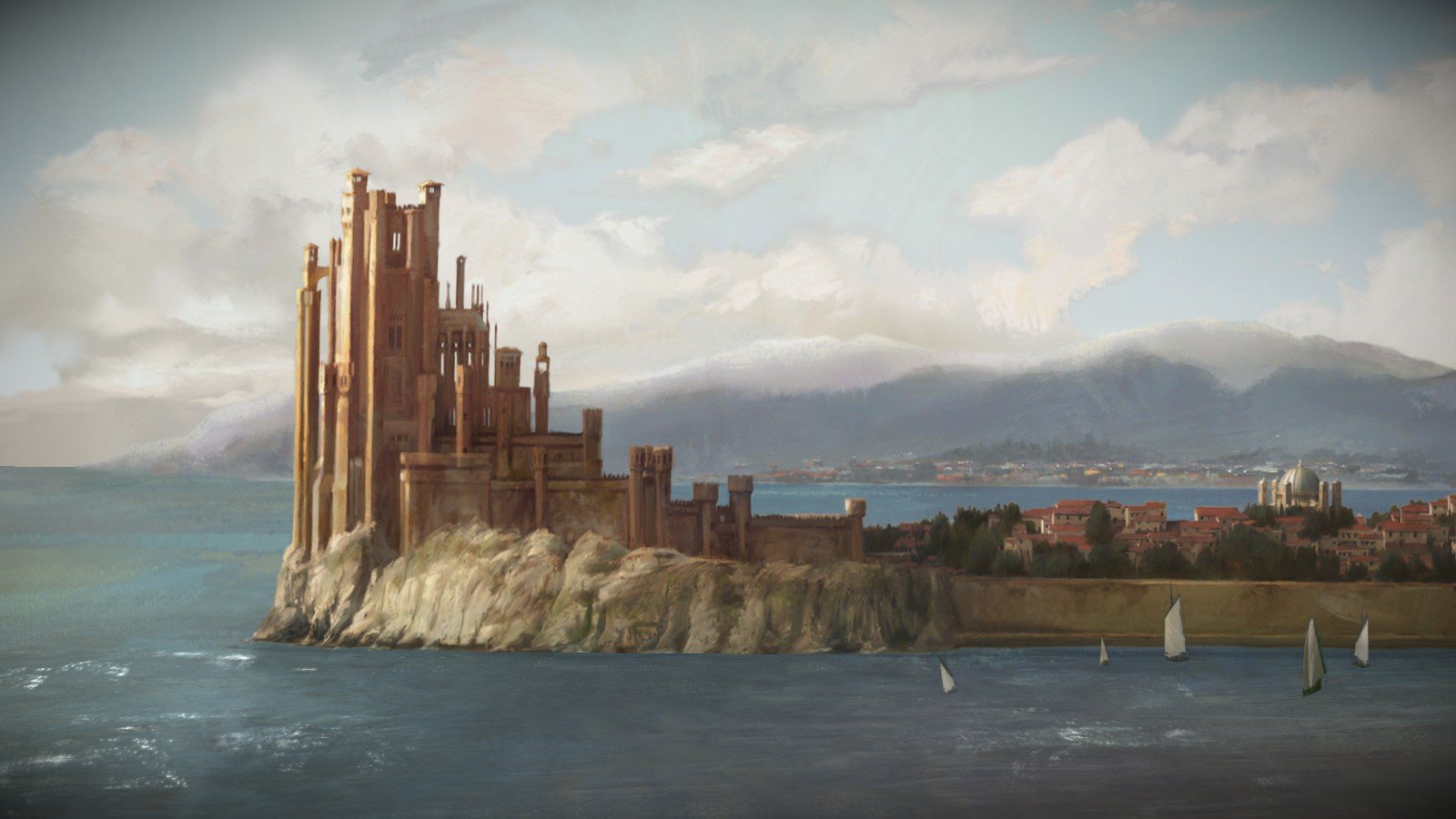 Game of Thrones: A Telltale Games Series has two extremely high standards to live up to. First, it is based on the wildly popular HBO TV show, meaning fans will expect the appropriate levels of surprise, intrigue, and action. Along with this comes the Telltale Games brand, which has forged itself as a pinnacle of video game storytelling over the last few years with The Walking Dead, The Wolf Among Us, and the newly released Tales from the Borderlands. All of these expectations and standards could have easily led to disappointment for any number of reasons. Thankfully, this isn’t the case and Telltale has once again shown their success is no fluke by creating a truly memorable gaming experience that will leave you breathlessly waiting for more.

Taking place within the same universe as the TV show, Game of Thrones: A Telltale Games Series opens at a pivotal point in the War of the Five Kings, which has raged across Westeros since the death of Ned Stark. Instead of focusing completely on events and characters from the show, the game centers around House Forrester, a smaller family who have sworn allegiance to House Stark. While you begin your adventure in the role of a squire, you will take control of multiple characters throughout the game, and even within this single episode. As each character you will work to protect the family and their interests while attempting to maintain their place within the world of Westeros following the shocking events that ended the war. 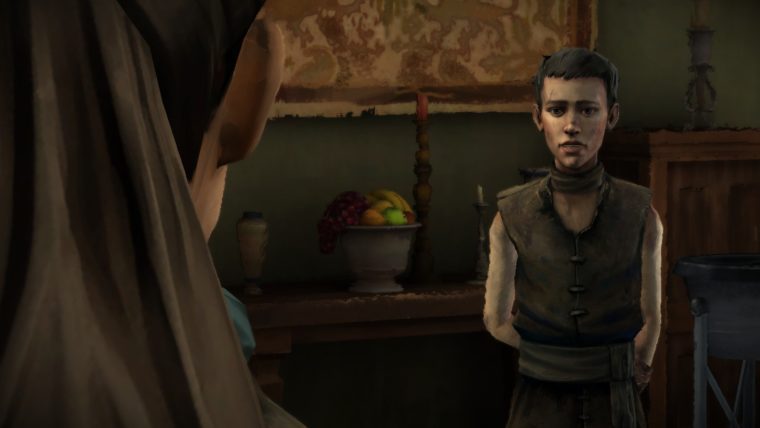 Telltale could have went in one of two directions with Game of Thrones, either recreate the story of the show and forgo the choice mechanic that has been so critical in their games, or take their own route within the story. They went with the latter approach, which brought with it its own set of challenges and dangers. Previous games of this ilk, such as The Lord of the Rings: The Third Age, have resulted in the player feeling like they are simply replicating the main adventure with less interesting characters. This is certainly not the case so far in Game of Thrones. Taking on the role of House Forrester, which has never been seen in the show and was only mentioned once in the books, could have easily created this feeling, but so far all of Telltale’s characters are relatable and interesting without feeling like copies of others found in the show. In fact, the few TV show characters who do appear in the game end up being largely background pieces to the action thanks to a stellar original cast.

You will find yourself feeling attached to the people you control, as well as those who are impacted by the choices you make

The characters, and the situations that they find themselves in, are certainly the main draw here. Telltale has always placed a heavy focus on the storytelling and world-building in their games, and it is just as enjoyable as ever in Game of Thrones. Even with the character switching that takes you away from one story mid-episode, you will find yourself feeling attached to the people you control, as well as those who are impacted by the choices you make. And of course, in true Telltale fashion, those choices will be difficult and occasionally brutal in their consequences.

Few games present tough enough choices that players might have to pause the action just to take a moment to decide. Fewer still have had the result of these actions be so traumatic that they might also feel the urge to go back and see what could have been done to avoid that outcome. Telltale’s Game of Thrones has done both of these within its first episode, which is a marvelous feat of storytelling. Of course, if one were to dive down and examine the choices they might find little variation in the overall story arc as a result. That has become the unfortunate truth for nearly all games with branching stories though, so at this point it is to be expected. Instead, the focus is placed less on the destination and more on the journey, with wide variation in how characters react to the player and changes in how certain scenes play out, even if the end result is the same. Without having the rest of the season to see how your many decisions alter the world there is no way to judge the final product just yet, but one of the biggest surprises so far is how well the character switching mechanic helps highlight how important your choices are. Even within this single episode you will do something as one character and then see the results as another. 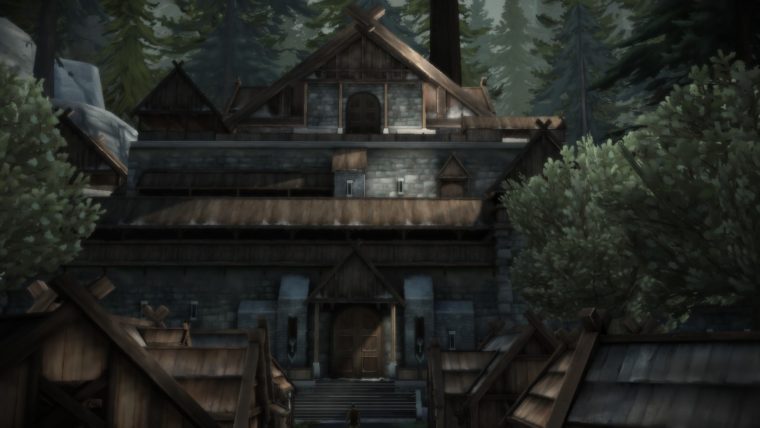 While the main focus of Game of Thrones is on the characters and story, there have been changes made in other areas to accommodate the new world players will be placed in. All of Telltale’s other recent games have been based on comic books or other video games, making this their most realistic looking effort in a while. Instead of going 100% realistic the designers went for a more painterly style, giving the world a sort of hazy feel that looks interesting while helping to hide the lower quality visuals. The styling is a bit of a mixed bag, with some shots looking truly breathtaking, while others feel artificial and blurry. This is true of the character designs as well, with most looking great and others feeling a bit off. Margaery Tyrell was the one that stuck out the most, with her character looking improperly proportioned when compared to her TV show version. While the style of other games, such as The Wolf Among Us and The Walking Dead might have worked better, this design works well enough at bringing the world of Westeros to life.

Everything else in Game of Thrones is pretty standard fare for Telltale at this point. The gameplay is a trimmed down point-and-click adventure with a heavy focus on the narrative rather than puzzles or action. With that said, this is one of Telltale’s more action-heavy episodes, with multiple instances of sword-fighting or other quick-time events. The interface has been visually altered to match the world and its style, but overall everything is the same as you remember it if you’ve played any of Telltale’s recent games. This is also unfortunately true of the animation, which still looks jerky and poor overall. With the effort that Telltale puts into their world-building and storytelling it would help immerse the player more if their character didn’t look so awkward during key moments in the plot. 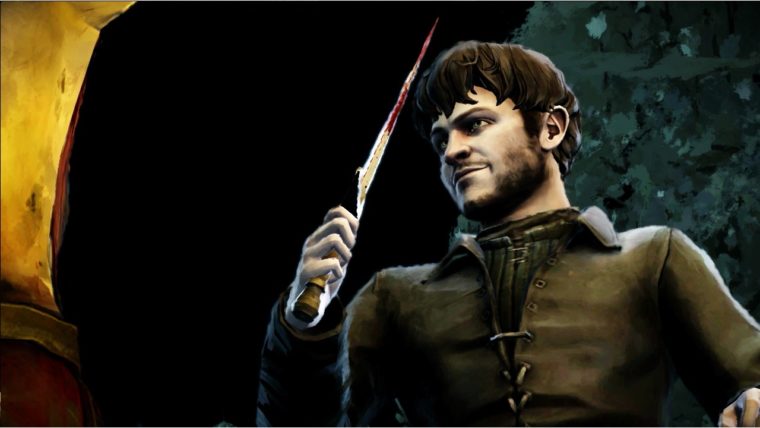 This is thankfully such a small complaint when considering the big picture of Game of Thrones: Episode 1 – Iron From Ice. The most important part was the story and Telltale has nailed that to near perfection. Playing the game truly feels like watching an episode of the show, or reading a chapter from the book as it weaves a tale of treachery and intrigue that will completely grab your attention and not let it go even after the bitter end. That is probably the only real problem with Game of Thrones: A Telltale Games Series, that it ends in true Game of Thrones fashion and will leave you wanting more, with far too long of a wait for it to arrive.

Game of Thrones: Iron From Ice