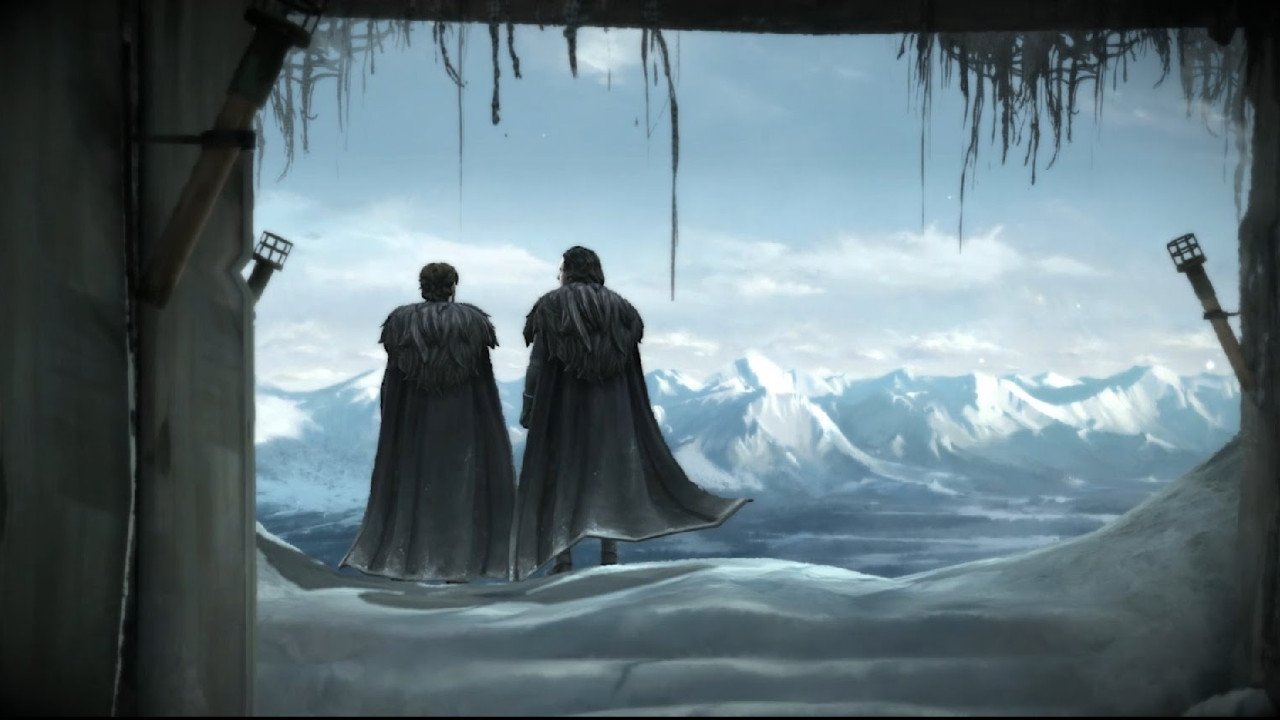 Game of Thrones: A Telltale Games Series opened in true franchise fashion, with intrigue, suspense, and a shocking conclusion. Its second episode, titled The Lost Lords, continues this trend by featuring chess-like movement of the multiple storylines woven throughout the series, but the character jumping mechanic combines with the usual sophomore slump to take a bit of the sheen off of this episode. Still, while it doesn’t totally hit the high mark set by the TV show and first episode, it is a great continuation of the story with many fascinating twists and turns that hint at future greatness.

Game of Thrones: A Telltale Games Series tells the tale of House Forrester, a relatively unknown family from the universe of the HBO show, who is nonetheless heavily involved in the events of the series. Following the events of the War of the Five Kings, House Forrester is on the brink of collapse as their enemies close in around them and their allies have all perished or fled. Players take control of multiple members of the house, as well as a few of their friends, and try to turn things around. Manipulation, politics, and intrigue are the name of the game, but violence is often the end result of all of your choices. Can you gain the allies you need to survive the coming winter, or will the family fade into history as so many have before them? 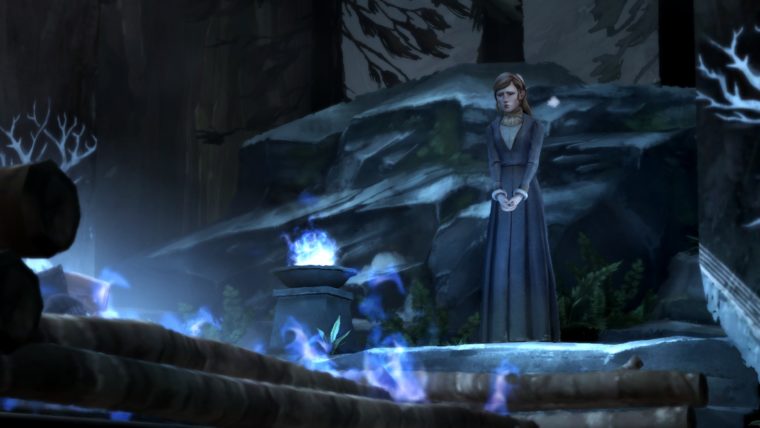 As we pointed out in our review of the first episode, the character switching mechanic plays better than many anticipated. By changing characters mid-episode you can usually see the end result of your in-game choices much sooner, while also seeing their impact across the larger world. However, it is also a double-edged sword, the bad side of which is beginning to show in the second episode, The Lost Lords.

Much like in the show, players will have their favorite stories within the larger landscape

Much like in the show, players will have their favorite stories within the larger landscape. Whether you prefer the politics of King’s Landing, the intrigue of Ironrath, or the larger implications of the events at The Wall, something in Game of Thrones: A Telltale Games Series will fascinate you slightly more than the other elements. This can cause a bit of a problem when switching around as you might feel as though time is being wasted playing certain sections, while so many interesting things are going on elsewhere.

Thankfully, all of the plot lines are of a high enough quality that this happens very rarely, but it could become more pronounced as the series moves forward. What is a problem now though is that sharing the spotlight between these various stories causes less to happen in each. It worked well in Episode 1 – Iron from Ice, since those were all introductions. But by the time The Lost Lords concludes it is clear that little has actually been progressed in all of the stories. 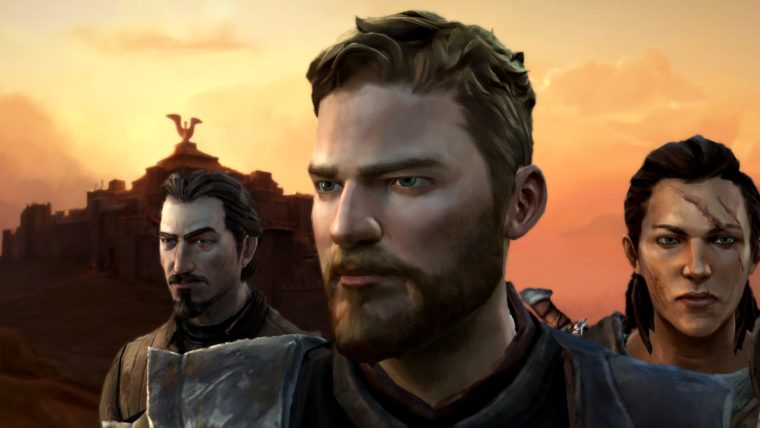 This isn’t wholly unique to Game of Thrones, as other Telltale episodes have felt painfully like a middle section without a ready-to-consume conclusion, but it is much more noticeable given the nature of this series. Across the multiple stories contained in The Lost Lords there are a couple of beginnings and the rest are continuations. Without any full arc of a story the experience feels a bit lacking. This is completely understandable in the situation, but is something to keep in mind for those considering playing these episodes in their intended method.

Of course this is all nitpicky stuff when looking at the whole picture that is the story of Game of Thrones: A Telltale Games Series. The amazing writing and character development of Telltale is completely on display, presenting believable and interesting characters in fascinating scenarios. The choices in The Lost Lords never reach the “pause the game just to think for a second” level that Iron from Ice delivered, but a few came close enough to raise the tension level satisfactorily. Your choices do still have a bit of a hollow feel at times though, as many show themselves as the facade that Telltale usually employs.

Also continuing off of the last episode are the mixed bag graphics style. Telltale couldn’t utilize their usual tricks to obscure the low-budget nature of the title, so they went for a painterly feel with the visuals. Sometimes this works, but other times it stands out as an odd choice. Character’s faces will appear almost realistic, but their body and the surroundings are blurry and smudged. At times the illusion works and the entire image appears as a painting, but other times it is clearly a mistake, creating disassociation by the player as character’s bodies blur into the background image in a weird way. 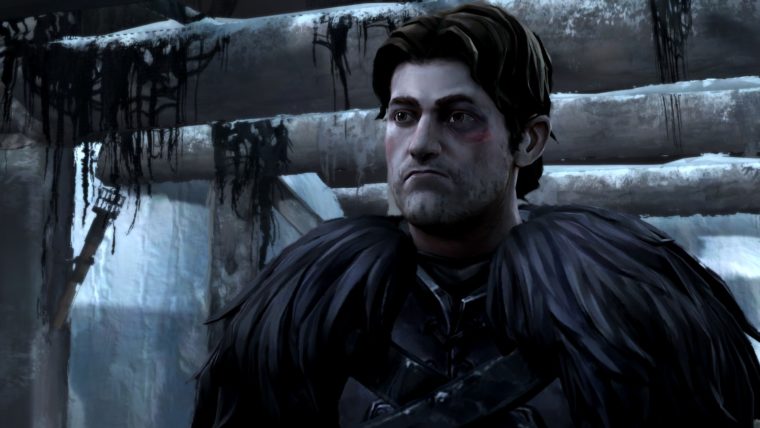 One area where things have changed quite a bit is in the gameplay. Game of Thrones: A Telltale Games Series had already featured a bit more “video gamey” elements than other Telltale properties, with sword fighting and other action elements taking more of the spotlight. Episode 2 – The Lost Lords ramps this up with some sections that really bring the player into the experience. The section at The Wall stands out as especially like a video game level, which might turn off longtime Telltale fans, but helps differentiate this episode from its predecessor by offering new experiences for the player.

On its own Game of Thrones: A Telltale Games Series Episode 2 – The Lost Lords certainly lacks any sense of conclusion, merely picking up where Episode 1 left off and running with it, but that isn’t wholly unexpected from an episodic game like this. The writing is still on point, and the gameplay has enough added pieces to entertain players looking for something different. It just would have helped if Telltale worked in some more progression for some, or just one of the stories. True judgement of this episode and how it fits into the overall narrative will come when the series is complete, but as it stands Game of Thrones: The Lost Lords is classic Telltale with just a little bit missing that holds it from true greatness.