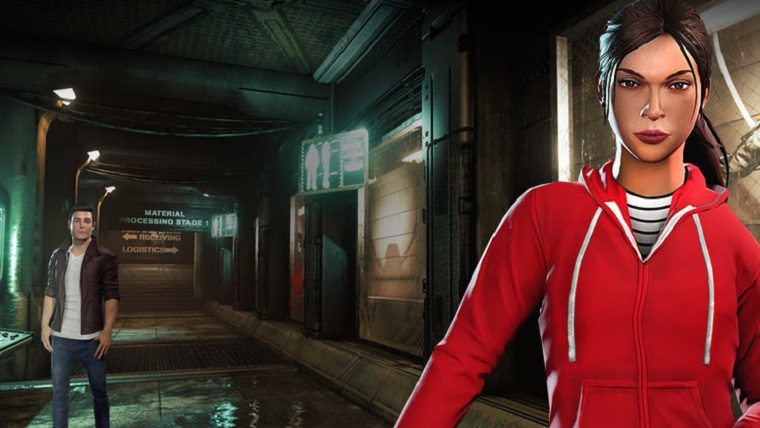 While the recent reboot of the Heroes TV series called Heroes Reborn was mostly hated by viewers and resulted in it being cancelled recently, there is nevertheless a spin-off game of the show called Gemini: Heroes Reborn that is looking for your attention. The game follows a college student named Cassandra as she searches a destroyed facility in the hopes of finding information about her parents, while quickly discovering that she has some pretty interesting powers at her disposal. The TV show counterpart might have been a dud, but the spin-off game offers a surprisingly good time to be had.

The entire experience of Gemini: Heroes Reborn takes place within a campaign that lasts just a handful of hours as Cassandra slowly makes her way through the facility in search of info on her parents, while also trying to save her friend Alex who was captured when they arrived. What follows is a pretty standard and predictable story of a confused person looking for answers after losing her memory due to a prior accident, and the story never really does much that’s all that interesting when all is said and done. Luckily, while the character dialogue isn’t great there is a certain charm to them that had me rooting for them anyway and makes sticking through to the end worth it.

Where Gemini really gets it right is in the gameplay department, as Cassandra quickly gets access to telekinetic and time-shifting powers that are a ton of fun to utilize. She can lift and throw enemies across the room at will, slow down time and catch bullets in the air and send them straight back to the sender, and even send out a telekinetic shock wave to knock her foes around. The best part of the gameplay comes in the time-shifting ability, though, as she can switch between two different time periods seamlessly and at any time. The game starts in 2014 where the facility is in ruins, but shifting back to 2008 has it back to its functioning state. 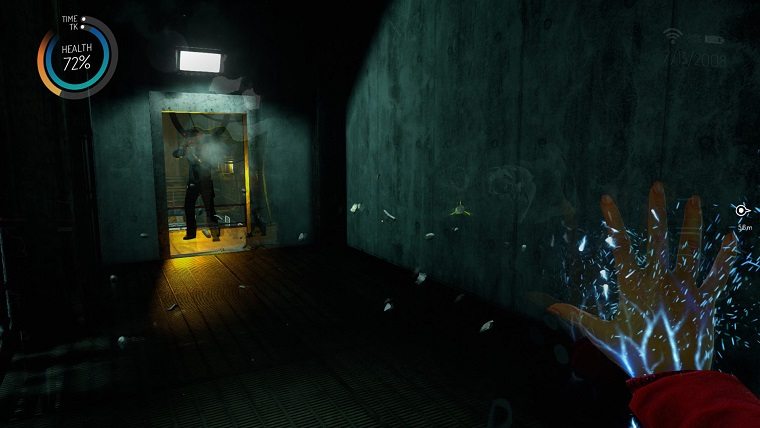 I loved this aspect of the game, as switching between the two different time periods results in two different areas with completely different layouts and enemy activity. You might come to a dead end in one time period, only to find that by switching to the other one the path is clear and open to you. Likewise, if you end up being swarmed by enemies in one time period and are looking for a quick getaway you can switch to the other time period to get back to safety and restore your regenerative health. The puzzle elements that the game offers are never anything too complex and go far to hold your hand along the way, but witnessing the results of you doing things like causing a room to flood in one time period in order to collapse the floor in the other is awesome.

Combat is also a lot of fun and is a nice change of pace from other first-person action games, as you really don’t have many abilities of your own to bring the enemies down with. Instead, most of the time you will be using what you have in your environment to help you out, like using telekinesis to toss chairs and crates. You can also pick up one of your enemies and hold them in the air in front of you as a human shield for the others to shoot and kill for you, followed by you tossing the body back at them to knock them over. There’s even a good amount of environmental hazards like spinning fan blades, electricity and collapsible structures for you to introduce your foes to, which results in some extremely satisfying victories.

The game itself is split into 16 chapters that are all capable of being completed pretty quickly. It sometimes felt like I had just begun an area when suddenly I was brought to the loading screen of the next level and the achievement popped for the one I was just in. While a 5-hour campaign would be a negative for many games, it isn’t here as Gemini: Heroes Reborn is perfectly priced at $14.99 and the price matches the content offered. There are also plenty of hidden collectibles that flesh out the story a bit more, so there’s potential to get even more out of the game for completionists. 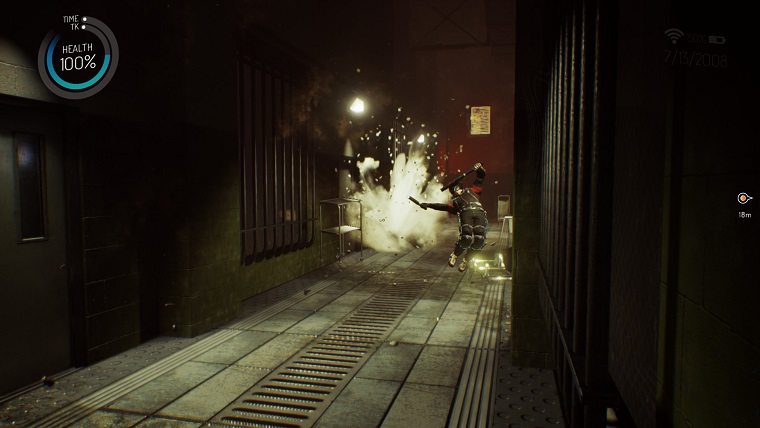 However, there are some technical issues that bring it down a notch or two. Sometimes flinging enemies around will result in them getting stuck in objects or even partially going through walls and the floor, resulting in them swaying around in hilariously-buggy fashion. Certain aspects of the combat can be unresponsive at times, as well, as there were times when the game refused to let me shoot bullets back at enemies even though there was no reason for it to. Even though the graphics aren’t mind-blowing the game itself looks pretty good, with the lighting and reflection effects looking stunning in certain parts of the game.

It might not be all that representative of the failed TV show, but that’s a good thing in Gemini: Heroes Reborn’s case. The brief campaign is priced perfectly and the gameplay on display is a lot of fun to take part in for the several hours it gives you. The story doesn’t have a lot to offer and is pretty standard as far as these kinds of games go, but the game’s fun telekinetic combat and stellar time-shifting mechanics make the experience a worthwhile one.