The latest news in the world of video games at Attack of the Fanboy
October 22nd, 2017 by William Schwartz 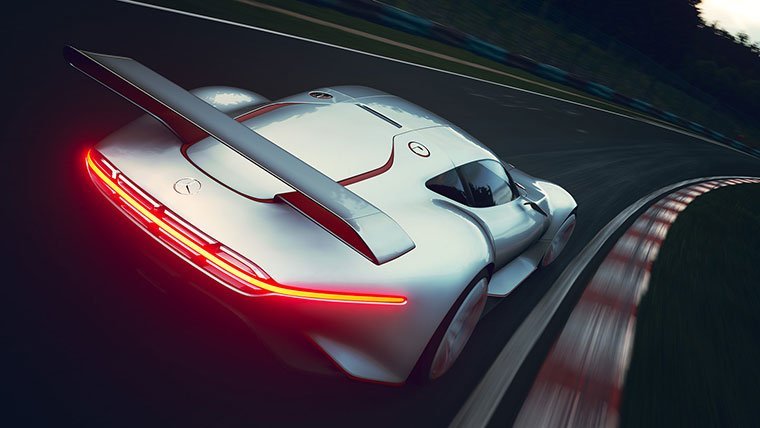 The Gran Turismo series IS PlayStation’s flagship driving game. It’s one of the most popular racing series of all time, with Polyphony Digital releasing a new game on every PlayStation console to date. Gran Turismo Sport is this generation’s first, and while the name doesn’t have a number behind it, it is a main entry in a series which has seen spin-offs occasionally. This sentiment comes directly from Kazunori Yamauchi, and it’s a strange one as the series creator has taken this franchise in an entirely new direction with this release.  GT Sport is bewildering in its design, breaking away from a conventional structure that games in this series (and racing games in general) has adhered to for quite some time. It takes a less is more approach, offering less cars and tracks, less single player content, and trades that for exacting detail and a laser focus on competition.  If anything, GT Sport is ambitious…perhaps to a fault.

Anyone that’s considering purchasing GT Sport should know a couple of things about this racer. Aside from the fact that it’s beautiful to look at and offers an incredible driving “simulation” there’s an indefensible lack of content for those looking for a single player experience. The single player career modes that most racing games feature is absent in GT Sport. Instead, Polyphony wants to play driving instructor to its players. Single player modes in GT Sport amount to driving tutorials, situational challenges dubbed “missions”, and drill-downs on every nook and cranny of each track in the game. If you’re looking for a single player racer, GT Sport is not the game you’re looking for. While you may still enjoy GT’s brand of driving and beautiful visuals, there’s just nothing to sink your teeth into on this front. Everything in the single player “Campaign” of GT Sport is designed to teach you how to race, and once you’ve mastered this, take those skills online to compete with others. 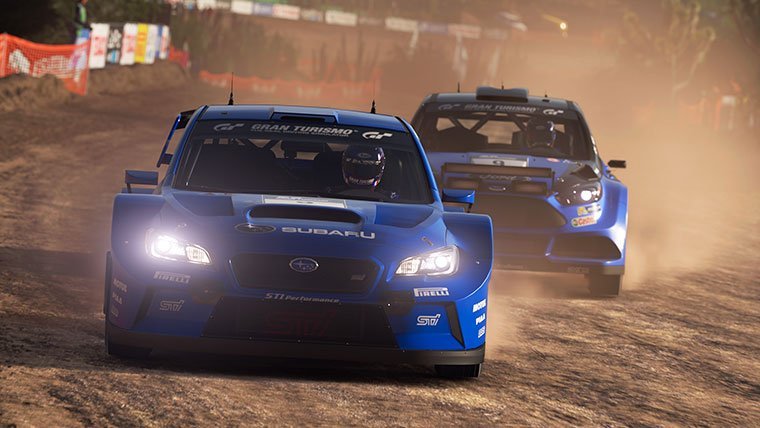 While online racing is nothing new, GT Sport is attempting to tread new ground in a revolutionary way.  Those who’ve ever played a racing game online know what this usually entails.  More often than not every car piles up on the first turn and the one who makes it out in first place usually stays there.  Online racers, more often than not, feel like competitive bumper cars than a competition of driving skill.  GT Sport looks to remedy this by teaching people how to drive, shepherding them into racing tutorials that instruct on not only racing basics but more complex driving techniques.  It looks to teach each player the intricacies of each track, and the driving tools required to become a master of them.  It’s ambitious.  It’s also not for everyone.  GT Sport is a game that caters to the type of player whose fulfillment will come from shaving seconds or fractions of one off of lap times — Those that want to become a highly skilled, well mannered driver that competes with others of their ilk. On its own, this design philosophy doesn’t feel that bad.  GT Sport wants to make good racers out its players and the game rewards behavior it deems good, and penalizes actions it deems bad or unsportsmanlike.

There’s a line somewhere between arcade racing and simulation racing that most console driving titles adhere to.  A spot where the game is still fun to play while also giving players a realistic feeling.  Polyphony walks this in a straight arrow with GT Sport.  It’s not punishing enough to be considered a simulation and it’s not forgiving enough to feel to arcadey.  The driving has a great feel to it, and there are a handful of difficulty levels and tuning options to further customize the experience.  The attention to detail in the feel of driving is incredible in GT Sport.  With far less cars and tracks to “dial in,” Polyphony is able to do more with less.  Tracks are amazingly detailed in both what they look and feel like.  While they’ve done away with things like dynamic weather, each track of the 28 that are in the game has numerous times of day to play in and the lighting effects of each are incredible.  Car modeling in the interior and exterior have seen the same level of craftmanship.  With Polyphony reducing the number of cars in the game exponentially from Gran Turismo 6 they’ve paid an incredible attention to detail of the 150+ cars in GT Sport.  It really is a marvel to look at.  Whether driving in races or using the in-game photo editor, GT Sport is impressive from a visual perspective.  In a genre that is often judged on quantity in terms of cars and tracks, this approach to sheer quality of each is again, ambitious. 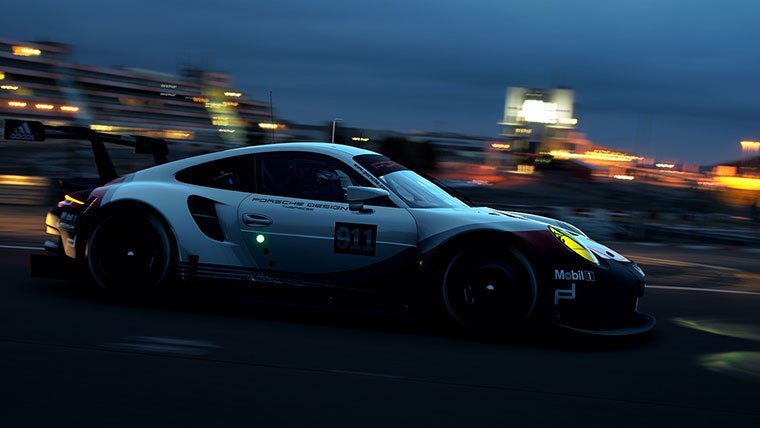 With that out of the way, and under the assumption that players buy in to this approach — GT Sport is a fun, yet different, type of racing experience.  The focus on mastery is refreshing.  The desire to teach and foster a community of racing fans that play by the rules is admirable and it works for the most part.  The main course of GT Sport is a mode by the same name.  It’s an online trio of daily races that tests you under different conditions, cars, and tracks.  It changes daily, and allows you to get the most bang for your buck in terms of progression.  The mode scores you by both your performance in the race in terms of place, and in terms of sportsmanship.  It looks to strip away dirty racing by penalizing bad drivers.  Results of a race may vary depending on whether or not other players have performed well in the race.  These races are not all out drives to the finish line as using unsportsmanlike tactics will add seconds to your final time and ultimately drop you in position.  It’s an interesting twist on multiplayer that looks to clean-up online racing in an ambitious way.  In theory, this system works.  In practice, sometimes it does not and it’s not quite clear what constitutes as bad behavior or point taking maneuvers.  It does not entirely clean up dirty play, but it does do it’s best to combat it.  Another wrinkle in this is online connectivity.  While our time with the game has seen pretty good, fluid racing, there’ve been a few outliers in where there was visible lag with other racers, making it near impossible to race cleanly.

Ambitious is a word we’ve already used a couple of times and Sport Mode is ambitious as well.  Unfortunately, it’s only a daily event.  There are three races which change each day, and these are essentially the only three competitive races you can play online.  You can play them as many times as you like, perfecting your skill with each track, and in some cases different cars, but yet again the story is that there is a lack of things to do even in this mode which the game was built around.  Over time it looks like GT Sport will look to expand on this premise, offering players tournaments to play in with a calendar of events already taking shape that will offer seasons for players to race in.  Players can also align themselves with different car manufacturers to gain access to exclusive loaner vehicles to use in this mode, furthering the professional driver RPG that this game strives to be.  While I have optimism that players who really engage with this system will ultimately be rewarded with this system, it’s most certainly lacking in its current state.  At the moment, if you’re playing GT Sport on the daily, you’re honing your craft in time trials, looking to set the best lap times for better placement in the starting grid for these ranked matches. 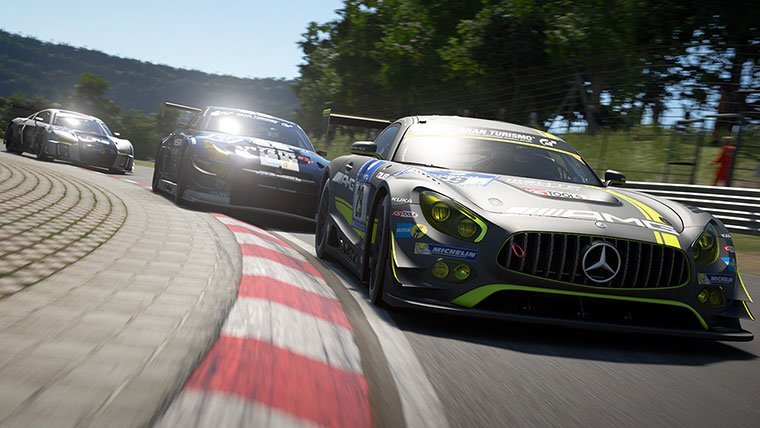 There are other things to do in GT Sport, however in both online and offline modes.  While there’s no traditional campaign to dive into, there is a progression system to tackle.  This can be done by playing in any of the game’s modes or activities.  You’ll earn points across a number of different categories for playing in Arcade Races, the aforementioned Campaign challenge mode, and even by racing in unranked online lobbies.  Challenge modes will reward completion with car prizes at different intervals, allowing you to build your garage, while completing races and events will reward you with Prize Credits, Mileage Points, Distance, and Experience Points.  For a game that has so little on the surface, GT Sport does ask a lot of its players in progression.  Prize Credits are a form of currency that can be used to purchase vehicles.  These vehicles can then further be customized through turning in Mileage Points for items like special vehicles, decals, paint jobs, aesthetic driver items, wheels/rims.  Once purchased, these can then be used in the Livery Editor to edit the look of a car, the driver helmet, and the driver’s suit.  While these customization are purely aesthetic, the game’s incredible Scapes mode allows players to take amazing pictures of these vehicles in a number of settings.  Customization of cars goes beyond the looks of them.  Cars can be tuned across a wide number of variable options like the amount of traction control used, the types of tires, brake balance, suspension, aerodynamics, drivetrain, transmission, and gearing.  These settings can be used in a number of modes, but almost all of the competitive events level the playing field in terms of power.  Driver experience points essentially unlock Arcade mode tracks to race on among other rewards for progression.  For a game that already lacks in single player modes, having tracks gated behind progression is off-putting at the onset as the game essentially forces you to play this game a certain way if you want to unlock everything.

GT Sport is a dense game in terms of progression and certainly ambitious in its focus and obsession with clean online racing.  It’s not a game for everyone, but if you’re the type of driver that is always looking for that best racing line, perfecting the ins and outs of every track, and your progression is measured in milliseconds, GT Sport is a deep and engaging experience.  It’s a huge shift from the traditional, and Polyphony’s continued support of the game will make or break the experience for players going forward.  With so much of the game tied to online activities, there’s really not that much to do when you’re lacking an online connection, the game is undergoing routine maintenance or unexpected outages.  That said, Polyphony’s decision to release GT Sport right smack dab in the middle between both the excellent Project Cars 2 and Forza Motorsport 7 seems about right.  It fits somewhere in between both of these games, offering players a different type of experience while also offering a racing title that is on par in terms of the level of quality found in both the visuals and gameplay.

GT Sport’s shift away from the normal structure of racing titles was a risky bet.  It pays off for racing purists, but those who judge a game solely by the number of tracks, cars, and modes it has may be a little disappointed.